It’s been a big year for Warehouse. The group first saw a rise in public interest after Deerhunter lead singer Bradford Cox gave the band a shoutout in an interview with musical trend-setter Pitchfork Media in late 2013. Half a year later, the group self-released its debut album “Tesseract” on Bandcamp only for it to be taken down a few months later. And while the album’s mysterious deletion shortly after its release worried many, it turned out that “Tesseract” had been withdrawn for a re-release on Bayonet Records, a new label started by Beach Fossils frontman Dustin Payseur—all topped off by a profile from music blog Stereogum earlier this month. With this string of events, Warehouse has deservedly transposed from a local to a national setting relatively quickly.

Assembling on The Globe’s stage Sunday night for the group’s third performance on a 15-date tour, the Warehouse instrumentalists hardly looked up from their hardware. It wasn’t until vocalist Elaine Edenfield stepped up to the microphone that eye contact was made between anyone on the stage and audience members, but even then it was just in passing glances. Even when the performance started Edenfield’s body language mirrored that of a young child nervously giving a presentation in front of her schoolmates, with hands clasped behind her and head swiveling in a new direction every few seconds.

Observing its stage presence alone, Warehouse may come across as a band unsure of itself. Their physicality, however, is a juxtaposition to the confidence the group exerts in its sound.

Guitarists Ben Jackson and Alex Bailey’s bright chords act as colorful ornamentation for the rhythm section made up of Doug Bleichner’s driving percussion and John Hughes’ tasteful bass lines. The culmination is a perpetually mobile collage of hues that comes across from Warehouse’s impressive sense of balance, something that wasn’t always the case.

The post-punk collective’s past couple of shows in Athens found the group persistently on the brink of falling apart with every instrument fighting for the limelight, yet never actually collapsing. It was a controlled chaos anchored by Edenfield’s voice, altering between a ghoulish growl and piercing caw.

It’s been a year since these shows, and like the group’s status, it feels as though much has changed in its sound. While all three stringed instruments still refuse to sit still for any amount of time, their blend now shows uniformity and lines up more precisely with Bleichner’s pulse. With this in place, Edenfield’s dynamic vocals are cushioned by the instrumentation rather than holding it all together—a total shift in where the band’s security lies. The result is a tighter, more invigorating Warehouse, something that only came about when the group found a way to tame all of its musically striking members to coordinate for a single sound.

I’ve always been impressed by the performance it manages to put on, but Sunday night showed a group more polished than I could have imagined would come in just a year’s time. Needless to say, it was probably the best show I’ve seen all year.

Watch out for these guys. I’m sure you’ll be hearing much more from and about them soon. 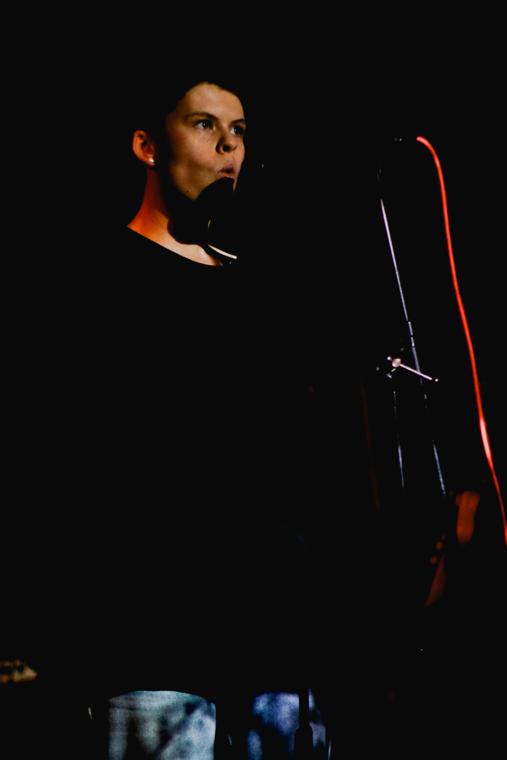 We put together a mildly bleak playlist to accommodate your mildly bleak winter evenings, because what’s a cold night without some sullen atmosphere?

Go ahead, roll your eyes. Yes, The Smiths is one of those bands that those self-proclaimed outsiders attached themselves to in high school, and, yes, Morrissey has turned himself into a never-ending publicity stunt to promote sub-par music that has trouble finding a label for its release, but don’t sit there and tell me these guys haven’t soundtracked at least one of your moody afternoon walks at some point in your life.

“You don’t have to check your queer card at the door,” Steven Edwards says about coming to drag shows. A third year cognitive science student from Duluth, Georgia, Edwards has participated in five drag shows in his collegiate years. The Lambda Alliance puts on two drag shows each semester and as the executive director, he has been helping run the Lambda drag show for the past two years.

Song of the Week: ‘7th Star’ by Fake Flowers

The weather is finally starting to heat up, and the line between spring and summer is becoming blurrier and blurrier. This bittersweet feeling is comparable to the aura created on “7th Star,” the second track from Fake Flowers’ new EP, “Wonder Wave.”

Want a great reason to support our student newsroom? Donations made between Nov. 1 and Dec. 31 qualify for matching funds.

Do you have any ideas for our reporters or editors? Do you want to give new news about your organization or business? Tell us!
© Copyright 2021 RedAndBlack.com, 540 Baxter St Athens, GA | Terms of Use | Privacy Policy
Powered by BLOX Content Management System from TownNews.com.