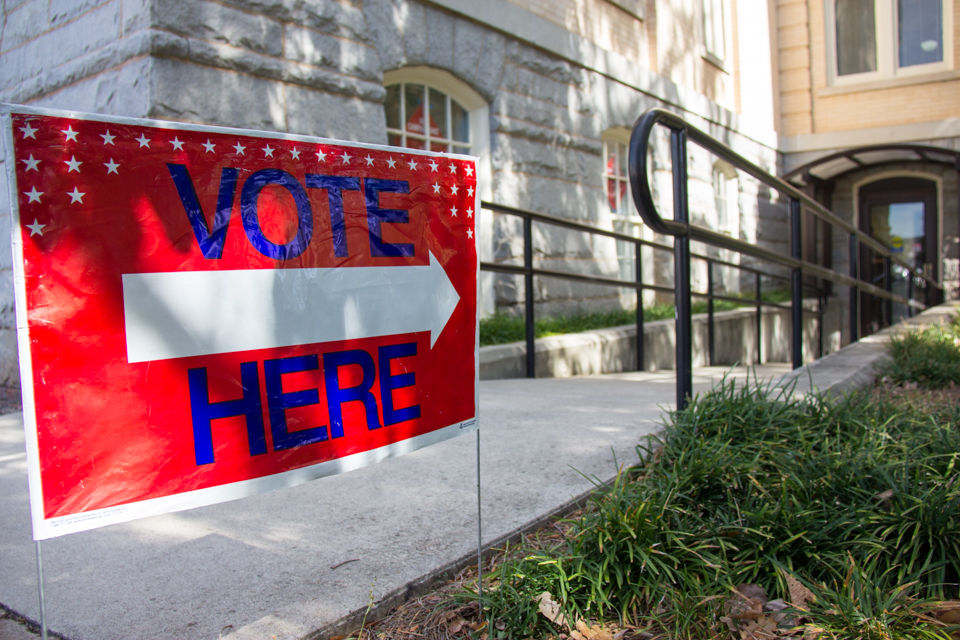 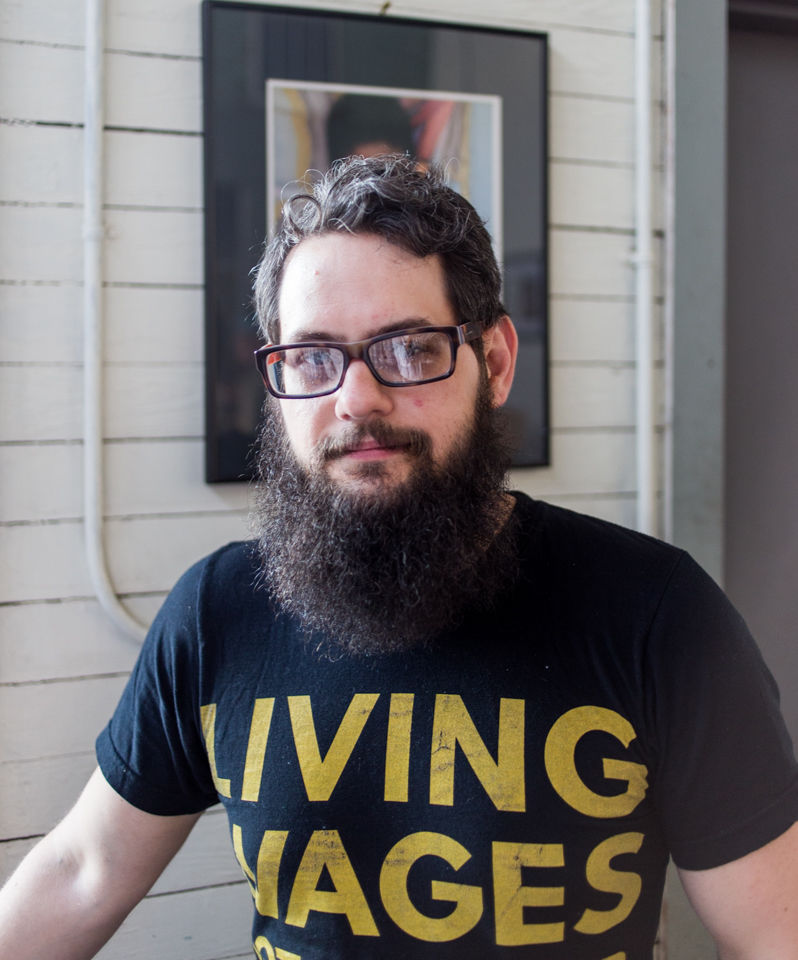 Athens for Everyone president Tim Denson wears a "living wages" t-shirt as he poses for a portrait at the opening of the Athens For Everyone offices on Friday, July 8, 2016, in Athens, Georgia. Photo/ Landon Trust 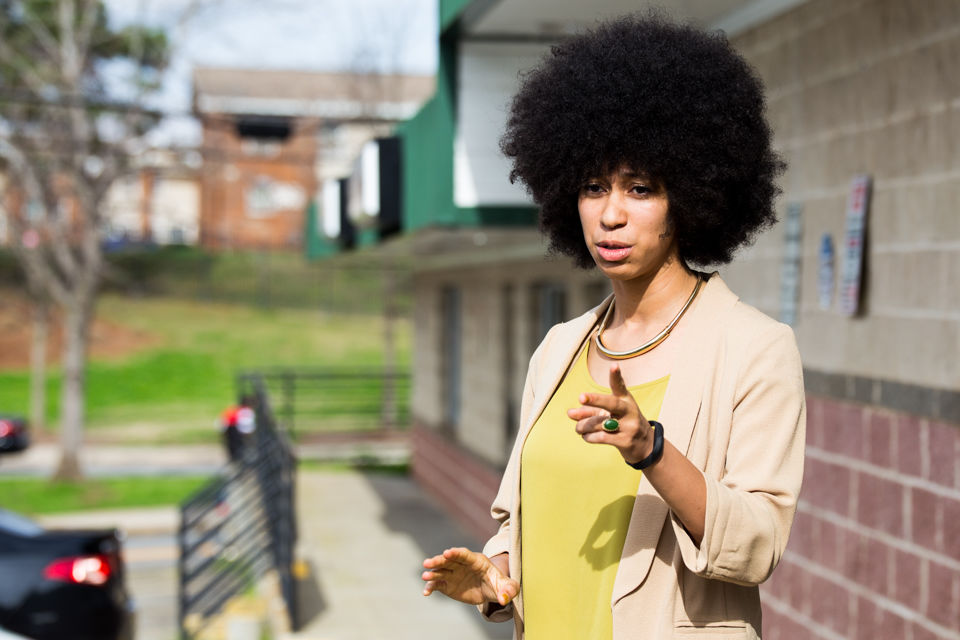 Mariah Parker, 26, teaching assistant from Louisville, Kentucky, announces her run for the Athens-Clarke County District 2 Commissioner position at Flanigan's Portrait Studio in Athens, Georgia on February 26, 2018. In addition to being a teaching assistant, she is a campaign consultant for Tommy Valentine and a hip-hop artist under the name Linqa Franqa. (Photo/Jason Born) 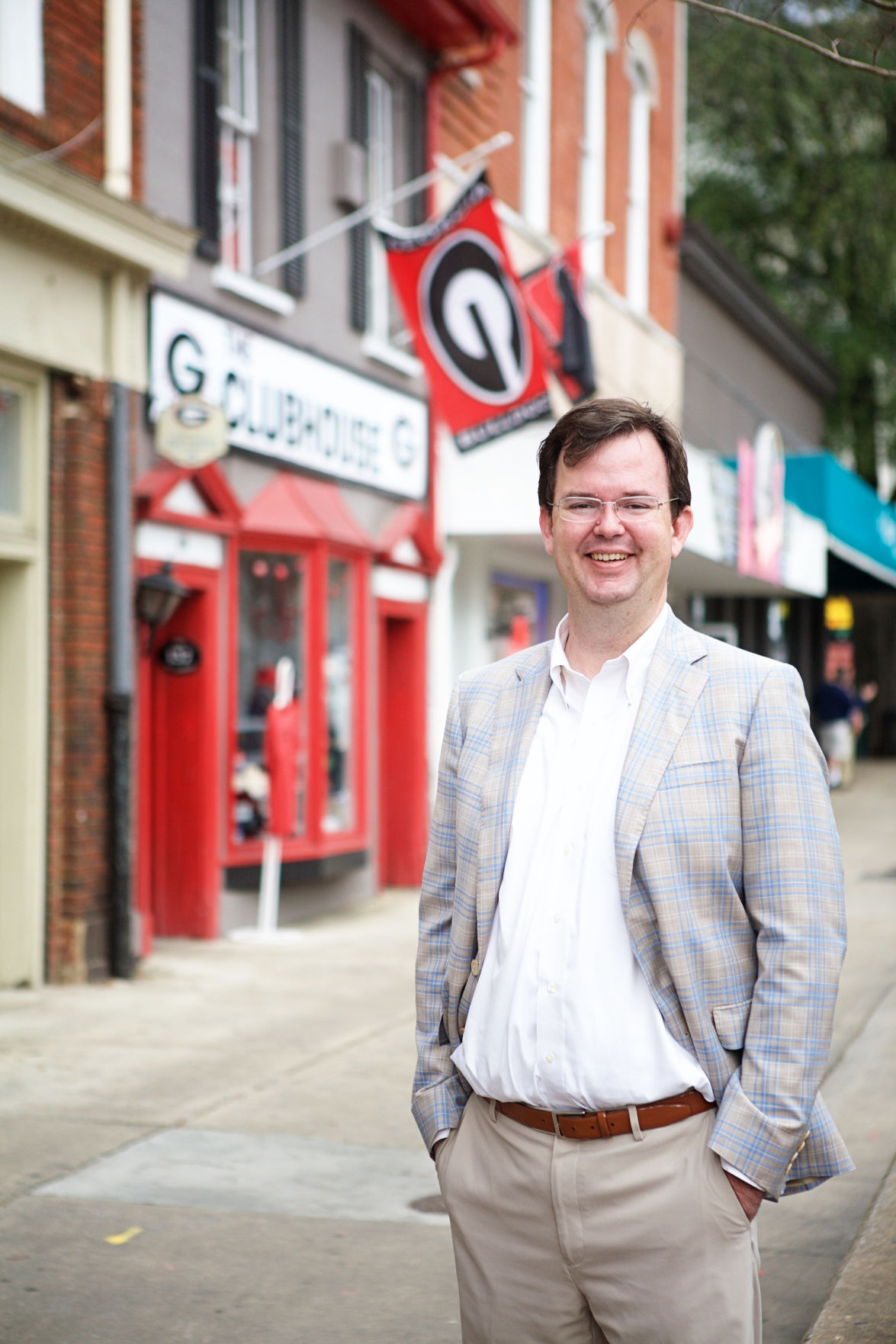 Carlo Blount qualified as a candidate for District 7 Commission on March 7. If elected, he will fill the seat that was previously occupied by Diane Bell.

Athens residents can vote on representatives for Athens-Clarke County Commission Districts 1, 2, 3, 5, 7 and 9 on May 22.

The odd-numbered districts are up for election this year, but former District 2 Commissioner Harry Sims resigned to run for mayor, leaving that district open for a special election.

The commission candidates had to qualify by March 9 in order to appear on the ballot. Commissioners serve for four years and have legislative power which includes adopting ordinances and resolutions and creating boards and departments within the Athens-Clarke County Unified Government.

Who: Davenport grew up in District 1, graduating from both Cedar Shoals High School and the University of Georgia with a degree in political science.

What: On his website, Davenport discusses the four main components of his platform: break the cycle of poverty, drive economic growth for the whole community, develop our workforce not our jails and improve the quality of life for District 1.

Who: District 1 incumbent Dickerson, who also grew up in Athens, said she intends to continue the work she has already done in the past three years on the commission.

What: Some of her 2018 platform goals are to reestablish commercial air service at the Athens-Ben Epps Airport, create a municipal broadband network and finalize the Georgia Initiative for Community Housing, which she plans to do over the next four years.

Who: Parker is a 26-year-old doctoral student in linguistics at the University of Georgia who is often known by her hip-hop stage name, Linqua Franqa. She has participated in activism roles in the Athens community, including attending DACA protests and the women’s marches.

What: Parker wants to focus on creating economic stability and racial justice in Athens and is running a joint campaign with District 9 candidate Tommy Valentine. She wants to provide a higher minimum wage for residents as well as address criminal justice reform.

Who: Pass, who grew up in District 2 and graduated from Cedar Shoals High School, is a deacon at East Friendship Baptist Church and works as a patient recruitment specialist and health navigator at Athens Neighborhood Health Center.

What: In the platform on his website, Pass said he will “engage and empower the youth” and “decrease gang activity and increase positive outlets for the youth.” He also wants to bring new businesses into the community while keeping current residents in place.

Who: Eubanks currently works as a tutor for UGA accounting and finance students. In 2002, Eubanks was the chair of the Boulevard Neighborhood Association and has since been involved in several other planning committees including the Community Approach to Planning Prince Avenue, Protect Downtown Athens and Complete Streets Athens.

What: Eubanks will work to improve Athens in three main ways: community development, equity and public engagement, according to his platform. He wants to adjust zoning and public transportation to accommodate the dense Athens population. If elected, he also plans to expand community input in the local government.

Who: District 3 incumbent Link has been on the Athens-Clarke County Commission since 2015. She has been a part of the Government Operations Committee, Board of Health, Land Bank Authority, West Broad Governance Team and Downtown Master Plan Committee. Link is involved in other organizations mostly focusing on sustainability, the arts and Athens activism.

Who: District 5 incumbent Bailey is running for reelection. He graduated from UGA with a bachelor’s degree in business management. Bailey is the founder of Flagpole Magazine and AthFest Music and Arts Festival and co-founder of the 40 Watt Club. He has served on the advisory board for ACC Leisure Services and was the chair of the Board of Health, Citizens Solid Waste Advisory Committee and Downtown Historic Designation Committee.

Who: Benson, a UGA graduate, moved back to Athens 12 years after graduating to open her business Massage Envy and now co-manages the second business she opened with her husband, Candid Construction Services. During her time in Athens, Benson has volunteered at Hope Haven of Northeast Georgia, Extra Special People and the Junior League of Athens.

Who: Since 2011, Denson has been involved in Athens activism. He is the founder and former president of Athens for Everyone, and has also been a part other social justice organizations such as Athens Anti-Discrimination movement and Occupy Athens. He has also served on the Athens-Clarke County Federation of Neighborhoods Board, Athens-Clarke County Vision Committee and Athens Transit System Stakeholder Committee.

Who: Blount, a third-generation Athens resident, owns an insurance agency on Milledge Avenue, is the president-elect of the LEAD Athens Alumni Association and is involved in the Athens Rotary Club.

What: He plans to work to make Athens a more inclusive, desirable and sustainable city.

He said he plans to spend the days leading up to the election meeting with voters in District 7 to discuss the issues he hopes to address and hear the top concerns of citizens.

Who: Edwards co-owns the store Agora Vintage with his wife and is a two-time volunteer for Americorps, serving the U.S. Forest Service and New York State Department of Environmental Conservation. He has served as treasurer of the Downtown Athens Business Association and vice chair of Athens-Clarke County Citizen Advocacy.

Who: Overend has lived in Athens since 1990 to attend UGA. He has worked at Flagpole Magazine, Dixon’s Bicycles and the Athens Twilight organization before going to law school in 2002. Overend was the Assistant District Attorney for ACC and Oconee County from 2002-2005 and joined McArthur & McArthur, P.A. in 2005. In 2008, they formed McArthur, McArthur & Overend, which lasted until 2010 when Overend left to focus on mediation.

What: He plans to fix the sparse parking in Five Points, protect neighborhoods and business corridors in District 7, draw in white-collar jobs, incentivize minority business development and entrepreneurship and implement a Downtown Master Plan.

Who: Thornton is currently representing District 9 of the Clarke County School District Board of Education. Over the past 35 years, Thornton has been involved in the Georgia Clients Council, Athens Area Community Foundation, Boggs Rural Life Center, Bethel Stakeholder and Georgia Rural Urban Summit.

Who: Valentine has lived in Athens for more than 20 years. He is a graduate of Cedar Shoals High School and a doctoral student of public administration and policy at UGA. He has been an entrepreneur, an advocate and a host of a radio show while in Athens.

Correction: A previous version of this article misstated Jared Bailey's voting record. The Red & Black regrets this error and it has since been corrected.

Moving on from Mayor: Nancy Denson recounts her time in office

The child of a Cuban immigrant, a newby to politics and a gay man: all distinguishing charac…

On March 11, from 3-5 p.m., University of Georgia graduate Patrick Davenport will be hosting…

The walk from Athens City Hall to the Board of Elections isn’t far, but the distance between…

Campaign posters bearing slogans such as “Building Community Together,” “Progress for the People” and “Every Child. Every Family” filled Room …

Excited chatter among attendees rose within the UGA’s School of Law building as students, faculty and Athens citizens prepared to hear Sally Y…

Citizens of Oconee County gathered at the Watkinsville Library on March 25 for a viewing of “Carving Up Oconee,” a documentary filmed in Athen…

March has definitely been a month of madness, not just in basketball, but also in Athens government and candidate forums.

The primary elections coming up this May will be a crucial moment for many Athenians who plan to vote.

A guide to Clarke County Board of Education candidates

Five positions are up in the Clarke County Board of Education spring election. Board of education members work towards improving student achie…

While many candidates talked about their platform at the Monday night Athens-Clarke County commission forum, Russell Edwards used his three-mi…

For the hip hop community in Athens, like many places, hip hop explores the racial injustices experienced through police brutality, oppression…

Election Day is less than a month away.

Author, former business owner and Dunwoody resident Marc Urbach withdrew his gubernatorial campaign on May 1 after nine months of campaigning,…

Tuesday night was a particularly political night in Athens.

A progressive wave: Athens-Clarke County votes in a new age of politics in local election

Before starting the June 5 mayor and commission meeting, a seat that’s been vacant since February was filled by a first-time politician and pr…