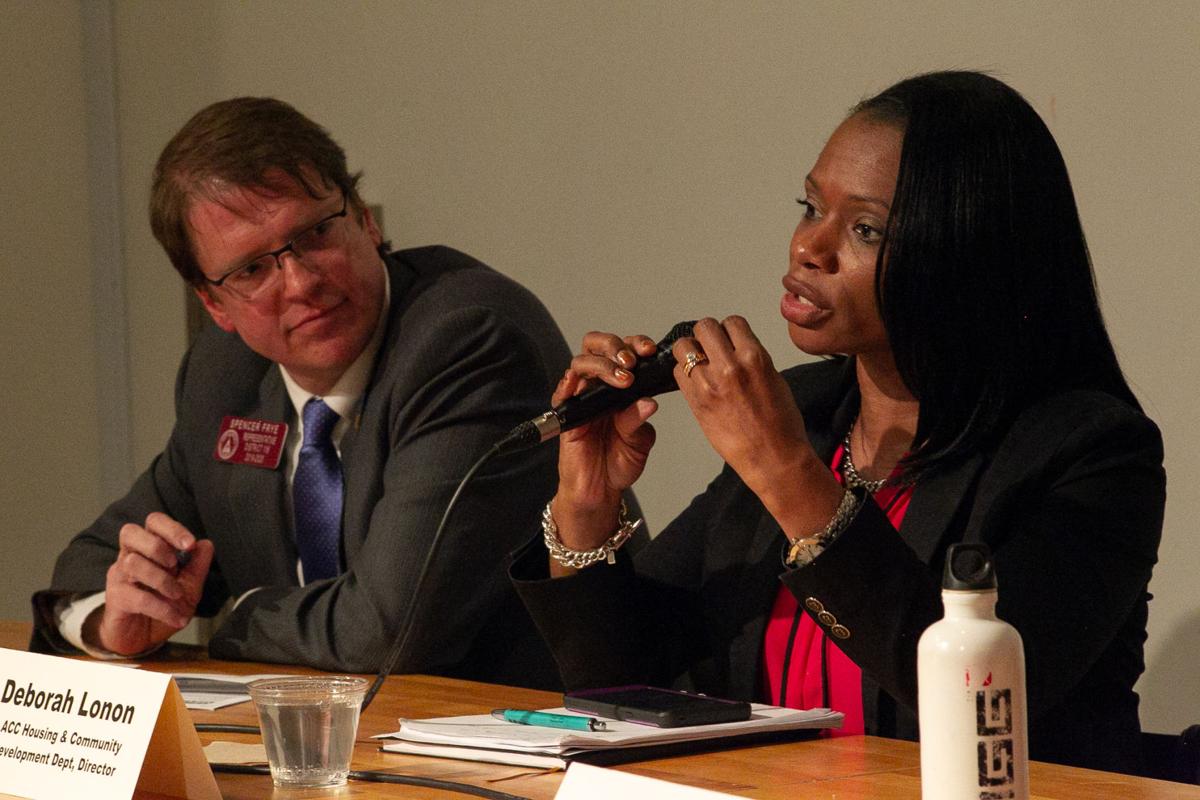 A panel of city and state officials addressed the issues facing affordable housing in Athens at the Affordable Housing Panel inside Cine on Mar. 18. Panelist Deborah Lonon addresses the crowd while having lost her voice suddenly the previous night. (Photo/Foster Steinbeck) 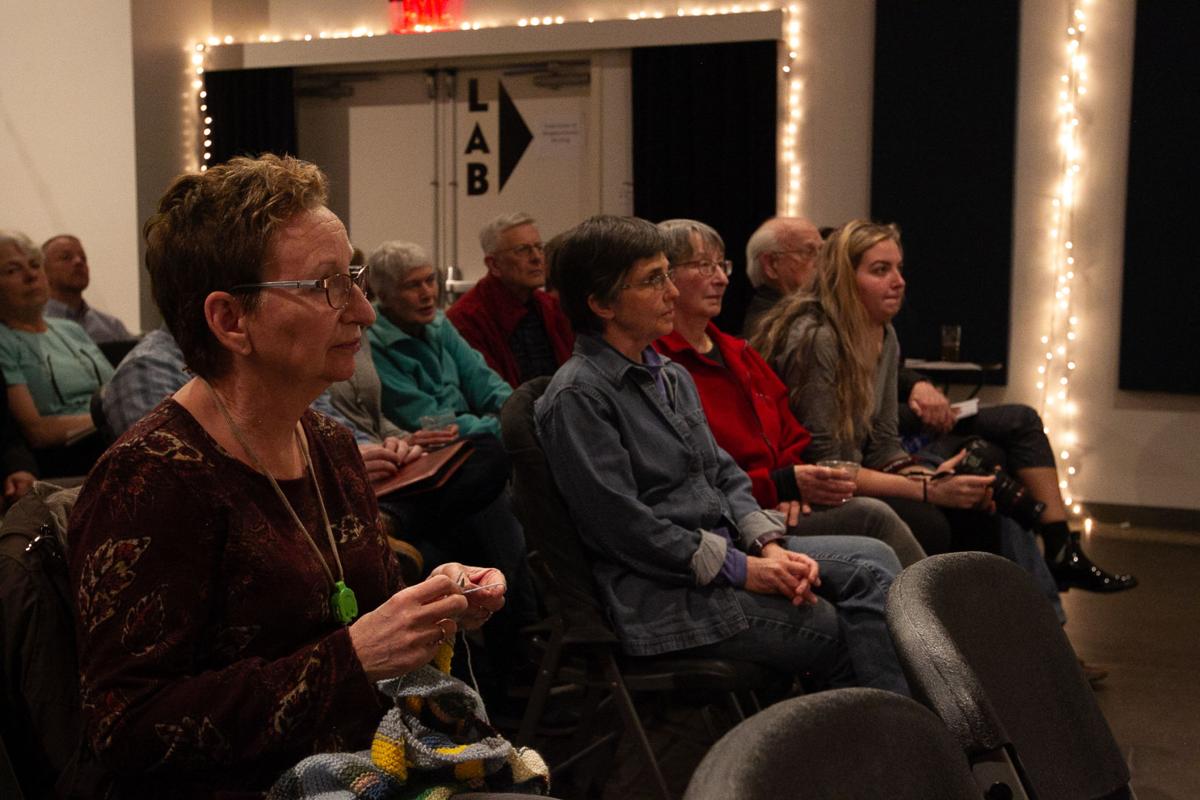 Members of the audience listen intently to the opening remarks of each panelist at the beginning of the event. Debra Brenner (left) sits with her latest knitting project, composed entirely of leftover yarn from her other projects. (Photo/Foster Steinbeck)

The Athens-Clarke County Federation of Neighborhoods hosted a forum on March 18 at Ciné to discuss the lack of affordable housing in ACC, inviting an expert panel to address a diverse audience of elected officials, members of various boards around the community and concerned citizens.

Panelist Heather Benham, the executive director of the Athens Land Trust, explained that affordable housing is housing that the owner spends no more than a third of his or her gross monthly income on housing cost, utilities included.

Funds from the feds

One of the ways ACC funds building and maintaining its affordable housing is through the Department of Housing and Urban Development’s Community Development Block Grant Entitlement Program. Under this program, ACC is considered an “entitlement community.”

Being an entitlement district, HUD directly gives funding to Athens communities to help “develop viable urban communities by providing decent housing and a suitable living environment, and by expanding economic opportunities, principally for low- and moderate-income persons,” according to HUD’s website. HUD gives ACC $1.2 million through the CDBG.

“If it sounds like it’s not a lot of money, it’s because it’s not,” said panelist Deborah Lonon, ACC’s director of the Housing and Community Development Department. “Our need far exceeds $1.2 million [...] $400,000 will not build a home.”

District Three County Commissioner Melissa Link, another panelist, explained there haven’t been any general funds going to the housing department during her tenure. Link reassured the crowd by saying there are plans to change the lack of funding.

One plan that Link mentioned, as laid out by ACC’s team of the Georgia Initiative for Community Housing in the most recent SPLOST proposal, would divert around $500,000 to buy land for affordable housing and make way for additional affordable housing developments.

With the majority of his county’s residents renting, not owning, their households, District 5 Commissioner Tim Denson was pleased to hear the panel echo his desire for more quality affordable housing up for rent.

However, Debra Brenner, a board member for the Athens Anti-Discrimination Movement, was disappointed when hearing Spencer Frye, a panelist who serves as state representative for House District 118, explained that Georgia’s constitution makes it illegal to the government to set the prices of newly built houses low enough as to make it affordable housing.

Despite the crowd’s mixed feelings on this problem, Frye expressed his gratitude for community turnout.

“We’re not going to solve [all the issues] right now,” Frye said. “It’s going to take a community. It's not going to be one group or one individual to make this thing happen.”

The majority of the convention will feature speakers and “thinkers” within the Libertarian Party, discussing topics such as running for office and communications within a political party.

In the long run, the Cedar Creek solar array is estimated to save consumers money by reducing overall electricity costs for the community.

Brumby road ahead: Dorm renovations cause shortage of housing in ECV

With the renovation of Brumby Hall slated for the 2019-2020 school year, University Housing faces the same predicament as years past — providing enough spots for incoming freshmen while available on-campus housing is limited for other students.

For SPLOST 2020 funding, the CAC was presented with 132 projects — 88 originals and 44 alternates — and chose 34 to recommend to the mayor and commission on March 26.

The Athens-Clarke County SPLOST 2020 Citizens Advisory Committee has recommended a $44.5 million SPLOST project to the mayor and commission for the construction of affordable rental housing. However, this mixed-income development could exclude low-income people, which may not fix the current housing crisis many Athenians face today.