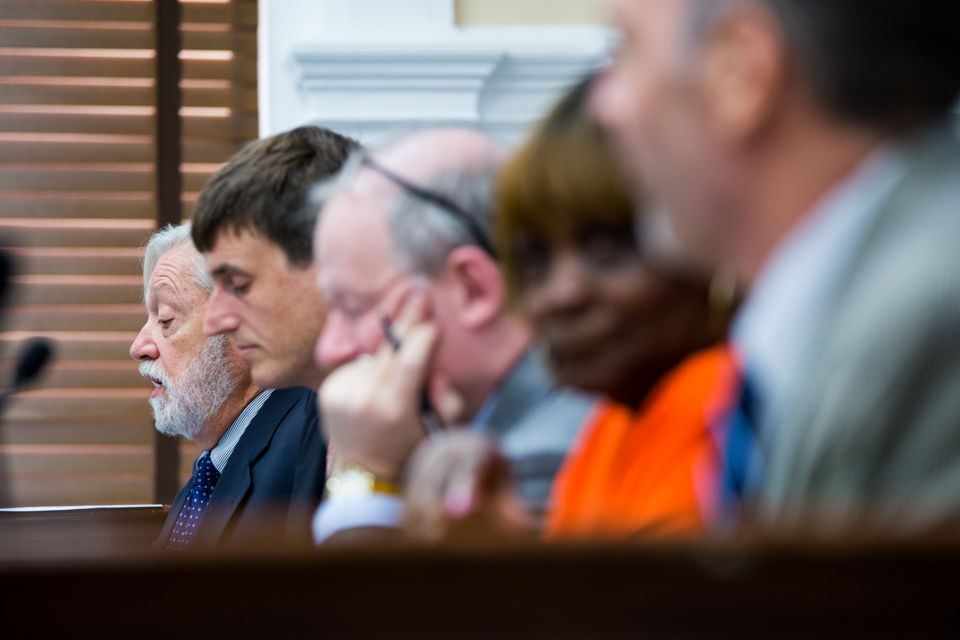 The Athens-Clarke County Mayor and Commission Legislative Review Committee expressed both positive and negative concerns over the minimum drink price increase item and motioned to expand the legislation to the entire county. (Photo/Jason Born) 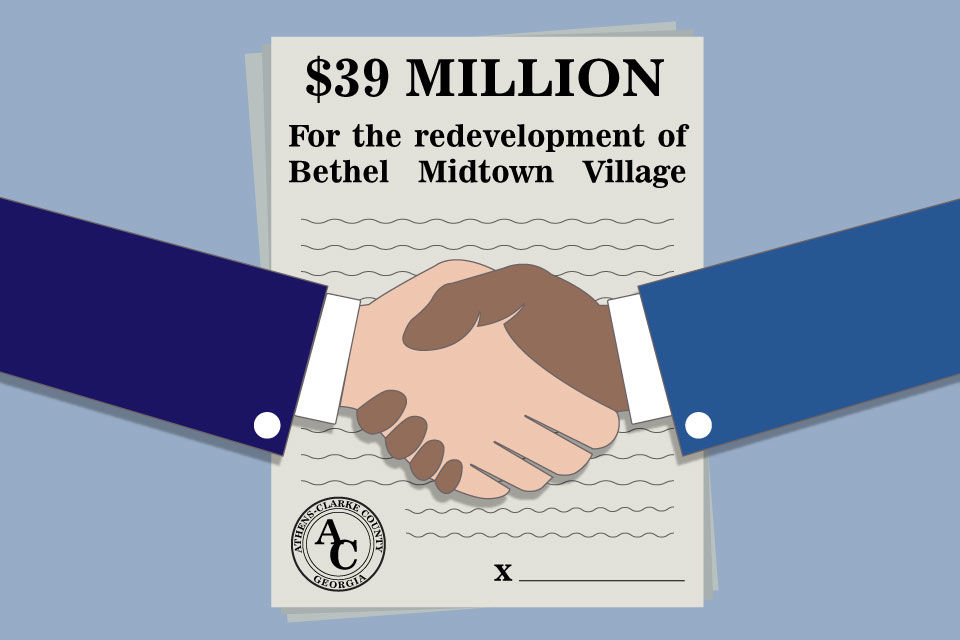 Commissioners approved a non-binding agreement between ACC and the Athens Housing Authority for the redevelopment of Bethel Homes if SPLOST 2020 passes. (Natalie Dekker/Contributor) 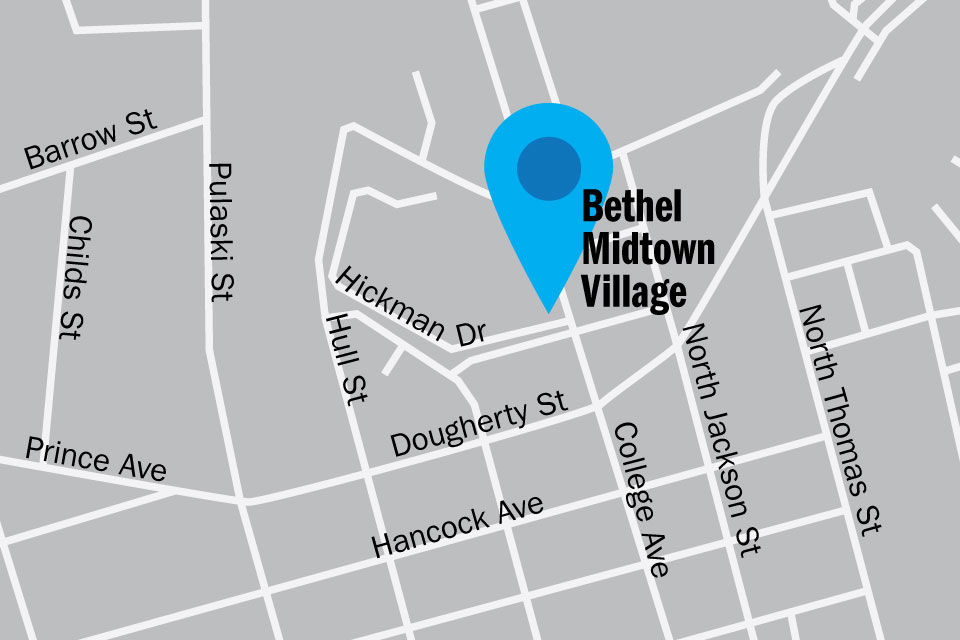 The commission approved memorandums of understanding (MOUs) for two potential SPLOST 2020 projects — one regarding affordable housing and another regarding a new parking deck. The MOU provides a non-binding basis for negotiations between ACC and Athens Housing Authority, which will redevelop Bethel Homes. ACC also agreed to negotiate with the Classic Center Authority and The Mark at Athens for the construction of a parking deck near Willow Street and Hickory Street.

Voters will decide on the ACC SPLOST 2020 referendum on Nov. 5. If the referendum passes, more than $314 million in projects will be funded by local sales taxes beginning April 2020. According to the SPLOST website, the current SPLOST collection will end in March 2020, so the current 8% sales tax will not change.

Commissioners also extended a moratorium banning motorized vehicles such as electric scooters until June 4, 2020. The Mayor and Commission will review a recommendation for a pilot program at a future work session.

More than 50 people attended the commission’s monthly voting meeting on Oct. 1 at 6 p.m. in City Hall. Attendees expressed support for the affordable housing project, while some were wary of the Classic Center expansion.

The Mayor and Commission approved a memorandum of understanding with the Athens Housing Authority regarding the North Athens Downtown Development project. The North Athens project is slated to receive funding from the 2020 SPLOST referendum if it is passed on Nov. 5.

Approximately $39 million of SPLOST money will go towards the renovation or redevelopment of Bethel Midtown Village as a part of The North Athens project. The Bethel Homes funding comes out of the proposed $44.5 million SPLOST Affordable Housing Project budget.

During citizen input on items including the Bethel Homes memorandum, members of the community called on the Mayor and Commission to take careful consideration in their redevelopment process.

“This needs to be extremely careful process of rebuilding that puts residents first and does not result in any displacement of anyone who wants to stay there,” said Erin Stacer on behalf of progressive group Athens For Everyone.

Stacer also said A4E wants the commission to “keep pushing the developer for as many affordable housing units as possible.”

Another attendee, Zach Perry, addressed the lack of additional units as an issue. Perry said the investment in infrastructure detailed in the MOU fails to address “the central issue of affordable housing” -— there are “too many people and not enough homes.”

The Athens Land Trust has a contract to purchase the property and the Commission’s item approval allows for ALT to receive $148,000 from a Community Development Block Grant to go towards the development.

Animal welfare advocates spoke in support of the county’s reforms but pushed commissioners to approve the audit, which it did later in the meeting.

County officials have met with local animal welfare groups and Animal Services staff to identify a strategic plan for the department. They intend to propose their plan to the commission in the next four months, Edwards said.

Shelter management euthanized more than 30 cats in July after two cats were suspected to have carried feline panleukopenia, but later testing indicated it was “unlikely” the cats were infected, according to an Aug. 29 press release.

“The county’s messaging to the community remains problematic,” Sherry Tanner, a shelter volunteer, said at the Oct. 1 meeting. “The county is continuing to mislead the public and avoid accountability.”

The commission approved a memorandum of understanding between ACC, the Classic Center Authority and The Mark at Athens, which is owned by developer Landmark Properties, regarding the development of a 1,000-1,500-space parking deck located on Hickory Street.

District 3 Commissioner Melissa Link was the only commissioner to vote against the memorandum. Link questioned the urgency for approving the measure because voters haven’t approved SPLOST 2020 yet. The SPLOST 2020 referendum designates $34 million for the construction of a 5,500-seat arena space, related amenities and a parking deck at the Classic Center.

“This is a project that, provided the SPLOST list passes, is being funded by public dollars and public benefit,” Link said. “Our wealthiest corporate entities should pay their fair share of taxes.”

Other commissioners, including District 1’s Patrick Davenport and Mariah Parker, expressed concerns about the project but ultimately voted in favor. Parker said she originally planned to vote “no” because the commission had “been too lenient” during previous negotiations with Landmark.

“We can, if at any point we become uncomfortable with the direction this is moving in ... decide to pull the plug,” Parker said. “So for now I don’t see the reasons to hold this off.”

The commission extended its ban of “shareable dockless mobility devices,” which includes motorized vehicles such as electric scooters, by six months. The ban will now end on June 4, 2020.

The extension comes after the commission approved an item to hear the Legislative Review Committee’s recommendation for a pilot plan on Sept. 17. The ban was extended to give the Commission more time to review and implement the pilot plan.

The commission also approved its consent agenda at the Sept. 17 meeting, including a project concept for a park at under the Hot Corner Mural.

An Athens Music Walk of Fame public art project concept was also approved on the consent agenda. The Walk of Fame would circle the blocks holding the Georgia Theatre, 40 Watt Club and Morton Theatre.

Despite the controversy surrounding the Athens-Clarke County Animal Control Shelter the last four months, animal advocates say county officials have started to listen to their concerns.

Fall brings more than cooler weather and falling leaves. It also comes with cold sweats, fevers, and the aches and pains associated with the influenza.

If the 2020 SPLOST referendum passes, the county could give much-needed funding to providing affordable housing. This will reduce inequality and make Athens a more equitable place to live

The Athens-Clarke County Mayor and Commission heard and discussed presentations on five agenda items over a span of four hours at its Oct. 8 w…

Lost in the SPLOST: Athens community split on high-price projects for Nov. 5 referendum

As the Special Local Option Sales Tax 2020 vote approaches, the referendum has drawn a variety of responses from members of the Athens-Clarke County community.

Local elections are vital to communities, but residents often know little about them. Political groups need to ramp up efforts to inform the public so that residents can cast informed ballots.

You’ve seen SPLOST signs, know there’s a vote happening, but what exactly is it? And how do you vote? Here’s what you need to know before hitt…

Where will SPLOST dollars go? A complete guide to the voter-approved projects

Athens voters approved the SPLOST 2020 referendum Nov. 5. The SPLOST tax, which will remain at 8%, will help fund 37 new projects in and aroun…

UGA students had mixed views on housing in Athens, with some believing it to be easy to find good and affordable housing whereas others had a much harder time.