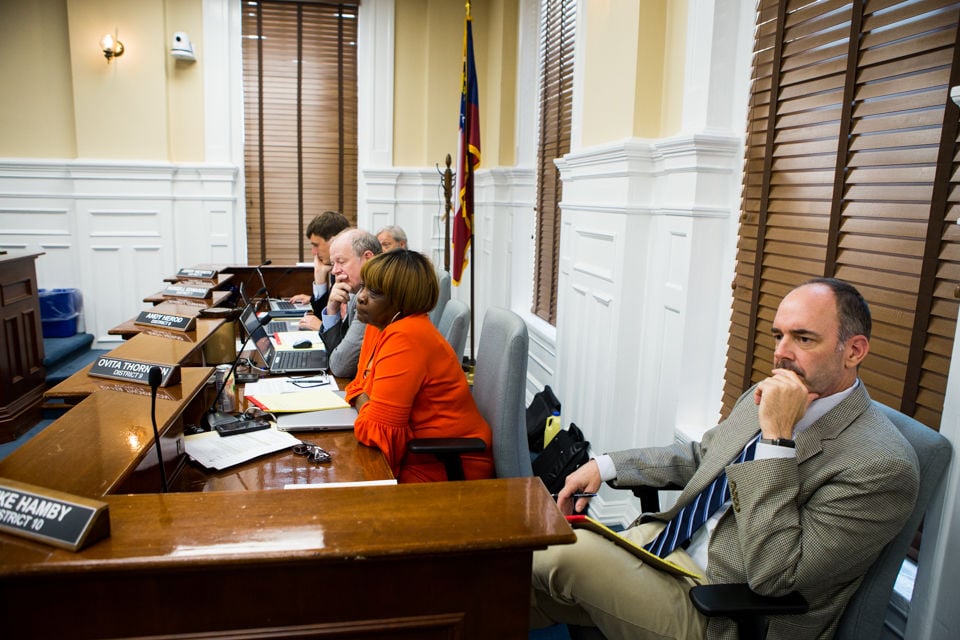 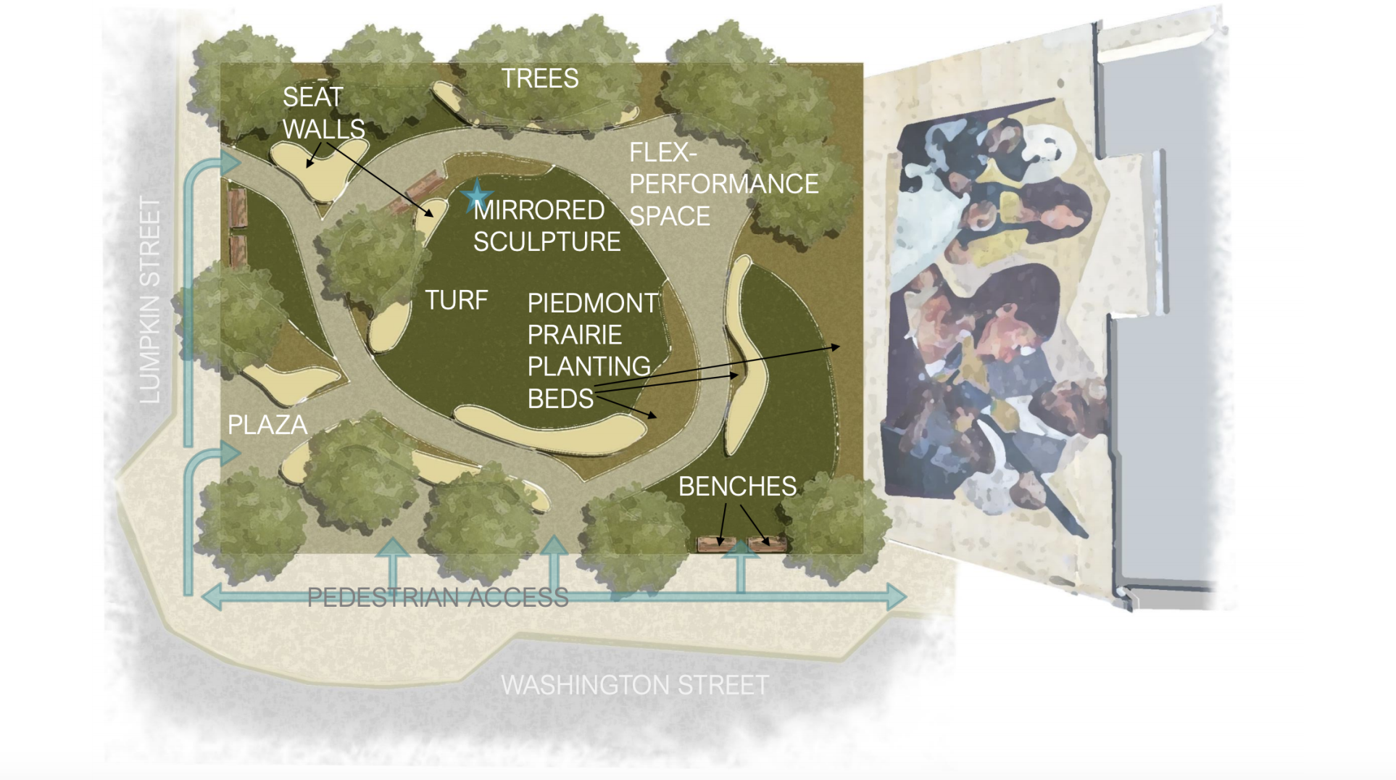 Representatives of several Athens-Clarke County government departments presented projects to the Mayor and Commission at a Jan. 14 work session, including the construction of a new park under the downtown Hot Corner mural, renovations to Dudley Park and a water recycling program for northeast Athens and the University of Georgia.

David Lynn, the director of planning and outreach for the Athens Downtown Development Authority, presented a preliminary concept plan for a new park to replace a parking lot beneath the ‘Hot Corner: An Athens Legacy’ mural at the corner of Washington Street and Lumpkin Street downtown.

The park would be roughly the size of a basketball court and would feature “green infrastructure” with several trees surrounding the park, said J. Keyes Williamson, the principal landscape architect of WLA Studio, the landscape architecture company that designed three possible park designs.

Williamson presented the three plans to the Mayor and Commission. Mayor Kelly Girtz and several commissioners preferred the second option, which featured a circular sidewalk surrounding a large green space and a small amphitheater. The work session is not a voting meeting, so no vote was taken on the park proposals.

Williamson also said the results of the survey favored “a diversity of seating options,” an environment that welcomes all Athens community members and an innovative family-friendly design “that did not translate to a traditional children’s playscape.”

For Dudley Park, ACC SPLOST program administrator Keith Sanders presented proposed additions, which would include a paved plaza, a new restroom building, a picnic pavilion and a place for a performance stage using funds from the SPLOST 2011 program.

District 2 Commissioner Mariah Parker suggested a basketball court be added to Dudley Park as part of the renovations.

“You don’t see a ton of children out here,” Parker said. “I think [a basketball court] will open up more opportunities for play and invite people to the space, but you especially don’t see children of color in this space.”

Sanders said that limited available space in the park may not allow for the construction of a basketball court. District 5 Commissioner Tim Denson suggested building a combined picnic pavilion and small basketball court.

The proposed renovations are anticipated to be completed in fall 2020, Sanders said.

ACC senior water resources planner Marilyn Hall presented an update on the county’s water recycling program.Hall emphasized the importance of recycling water in the county, saying that Athens is “especially vulnerable to drought,” due to the city’s distance from any large basin of water.

The county’s demand for water would exceed its maximum withdrawal limit from Bear Creek Reservoir by 2050, according to a graph Hall presented. Hall said the ACC Public Utilities Department completed the design of a “reuse system master plan” in 2018 to transfer recycled water from the North Oconee Water Reclamation Facility through a pipe to industrial areas in northeast Athens and to parts of the University of Georgia.

Hall said that while the recycling program does not currently purify the water to drinking standards, the systems could be upgraded to do so later, increasing the county’s supply of drinking water.

The Mayor and Commission will hold an agenda setting meeting on Jan. 21.

Athens competes against other cities in nationwide water conservation challenge

During the month of April, ACC Mayor Kelly Girtz is promoting the Wyland National Mayor’s Challenge for Water Conservation. Girtz encourages all to participate in simple tasks, such as fixing leaks and turning off lights after leaving a room.

The Athens-Clarke County Legislative Review Committee discussed creating new rules for establishments serving alcohol, raising the minimum price of alcoholic beverages and possibly collaborating with the University of Georgia on an e-scooter program at a Jan. 23 meeting.