On Dec. 3, the Athens-Clarke County Mayor and Commission voted to establish a temporary moratorium on new construction on the west side of downtown Athens so the commission would have the possibility of implementing a local historic district in that area in the future.

The proposed historic district, which would encompass the Hot Corner area and the Morton Theatre, would prevent new student housing and other types of new development in the area. Most of the people who spoke during the meeting’s citizen input section voiced support for the district.

“This part of Athens is as much my home as the place where I physically lay my head at night. I would not be sitting here behind this rail tonight if it were not for this part of downtown.” District 2 Commissioner Mariah Parker said. “I had to come to the western part of Downtown in order to find a place where myself and other young African-Americans could build community because we were not welcome in other parts of downtown.”

The Commission debated different proposals for a roundabout at West Broad Street and West Hancock Avenue area as part of the TSPLOST 2018 Project #13. In a 6-3 vote, the Commission approved option #6 as a concept and to prioritize keeping The Plaza within the current right-of-way, according to District 5 Commissioner Tim Denson. 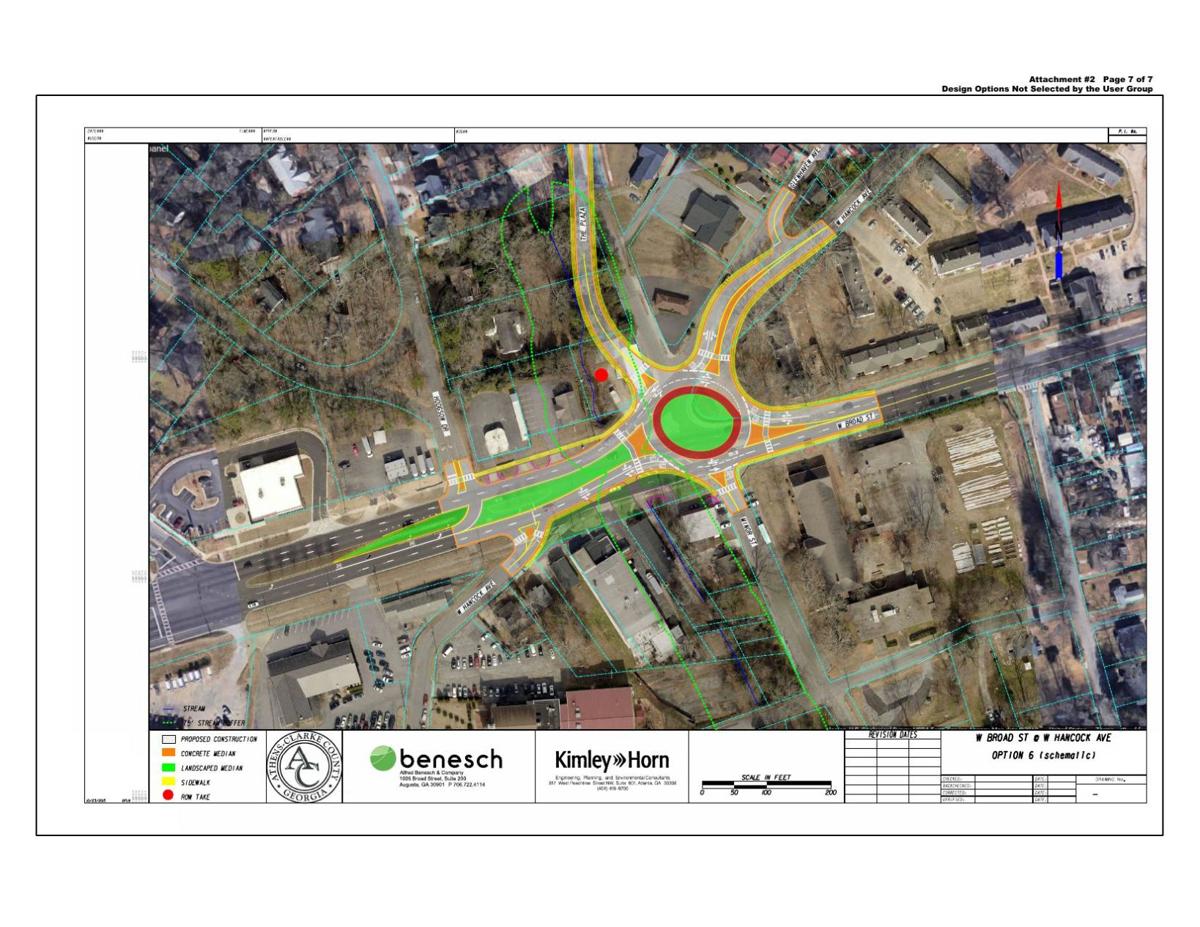 “We are excited that this thing even exists. $4 million definitely doesn’t solve poverty but it is a start,” Athens for Everyone board member Erin Stacer said. “We would also like to see some kind of program having to do with baby bonds … and also, along with the baby bonds, this idea of using the Prosperity Package to come at poverty from a multi-generational point of view.”

According to the Athens for Everyone’s Website, baby bonds are “a trust account that starts when a baby is born into poverty and stays with them while the account grows over time so that at a certain age they have access to financial assets, which they can use for education, housing or to start a business.”

However, according to District 3 Commissioner Melissa Link, a baby bond program would violate the Georgia Constitution’s gratuity clause. ACC Attorney Judd Drake said he would look into the situation.

Several local farmers spoke against a proposed Verizon cell tower at 855 Nowhere Road, saying it would hurt property values and damage Athens’s local farming culture. They also cited another cell tower that existed only a mile away from the proposed one.

After hearing the farmers as well as corporate representatives for the cell tower, the Commission denied the proposal in a unanimous vote.

In this Athens police blotter, a woman shoplifts nearly $1,300 of perfume from Victoria's Secret, a Subway at Walmart employee gives a phone caller claiming to be the company's chief financial officer $497 and more.

Athens assistant district attorney runs bakery business on the side

Austin Jackson came up with the idea for his home-run bakery, Cakesmith, after his coworkers…

During the fall 2018 final exam season, University of Georgia student John Smith said he sold more than 500 Adderall pills to other students. …

The Athens-Clarke County Mayor and Commission approved another agreement with the Athens Housing Authority in the renovation plans of Bethel Midtown Village and sent an e-scooter plan to the Athens in Motion Commission on Jan. 7.

OPINION: Athens should be careful before adding a new historic district