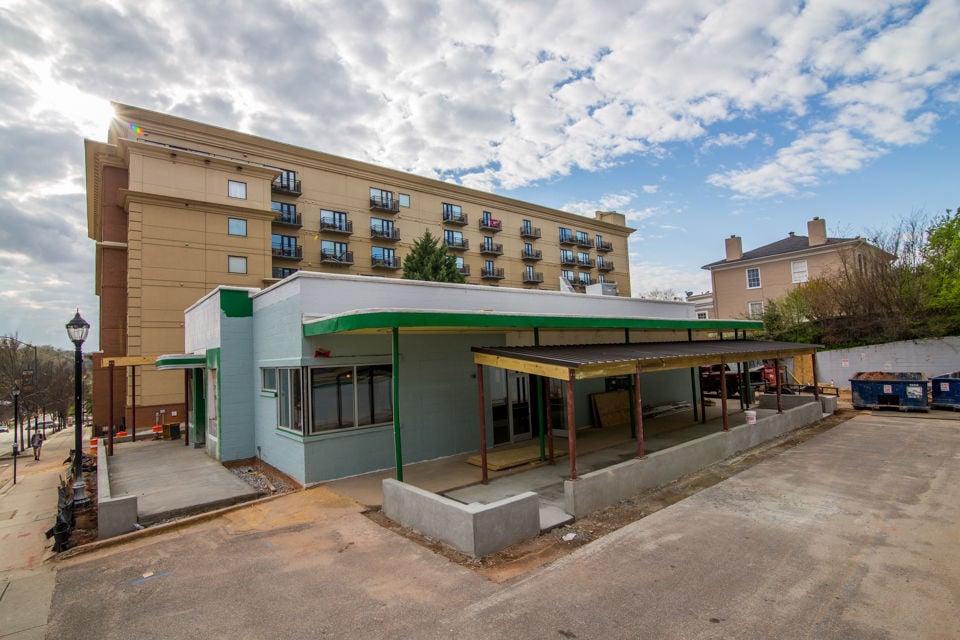 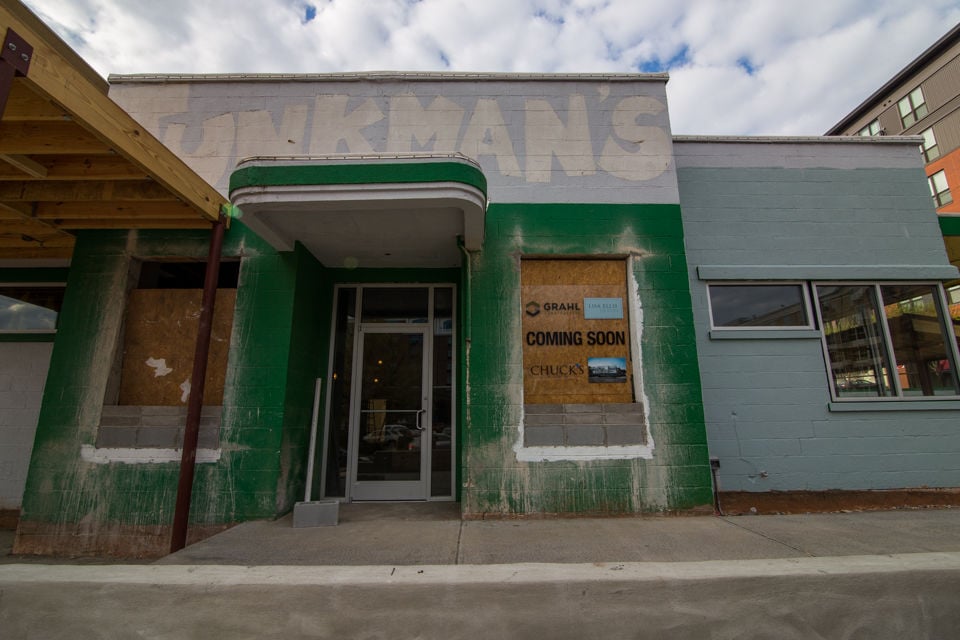 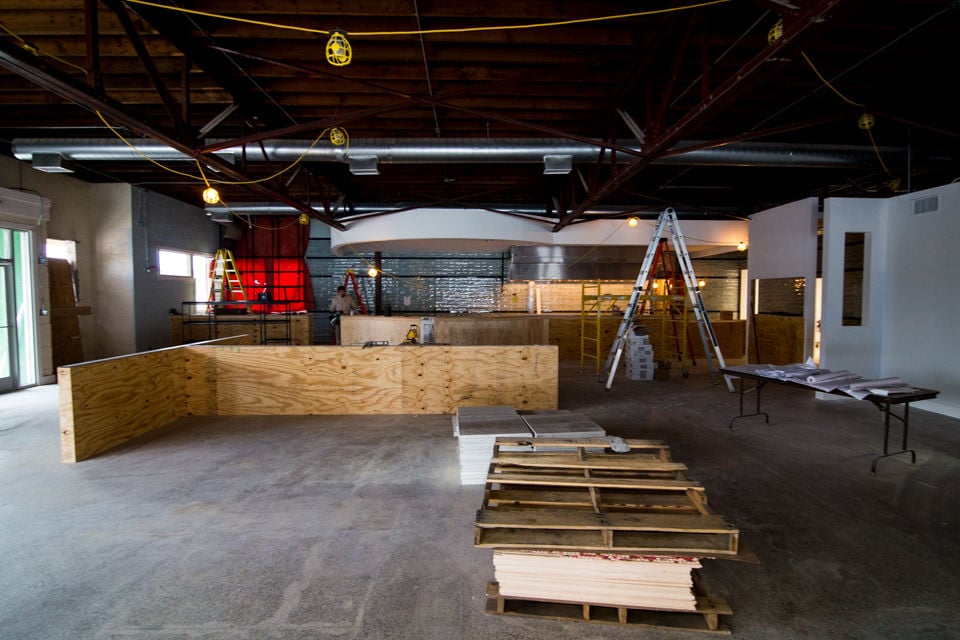 The building which once sold sex toys and posters will soon sell sushi and seafood.

The first Georgia location of Chuck’s Fish will move into Broad Street location which was once Junkman’s Daughter’s Brother. The location will open between late April and early May, said Dane Henderson, the general manager of FIVE Athens and Chuck’s Fish.

Chuck’s Fish is a small chain with three locations in Alabama, including a location in Tuscaloosa. It is also owned by the same group that owns FIVE Athens.

“We’ll have a full sushi bar,” Henderson said. “The architecture is very retro — we wanted to enhance the experience.”

The building and interior are being designed by Lisa Ellis, the head of Lisa Ellis Design, an Athens-based design firm. Ellis and her team have previously worked on residential projects and a number of projects for the University of Georgia School of Law including the Law Library, the Dean’s Suite and conference rooms.

The location was originally a Greyhound bus station, and both Henderson and Ellis stressed the importance of an architecture scheme that establishes atmosphere and recognizes the location’s history.

“I wanted to honor Greyhound … I used original materials to the station,” Ellis said. “It needs to create the feeling like you’re in a bus station.”

Ellis added she’s trying to properly combine elements of a bus station and a seafood restaurant.

“The interior has soft seating, just like original bus stations in the 40s,” Ellis said. “And the walls will be tiled with subway tile, but [the color will] be sea green to speak to the food.”

An outdoor awning is being added to the building and Ellis said she also hopes to be able to add a neon sign in front of the restaurant. Ellis said her firm was recommended to design the building and that she has enjoyed working with Henderson and others at FIVE Athens and Chuck’s Fish.

“They’re a super cool group of people,” Ellis said. “They’re big on giving back to the community — they pretty much have their own meals on wheels thing going on.”

In the span of two months, Southern Festivals Management was able to pull off Athens’ first annual St. Patrick’s Day Festival. The last-minute effort didn’t stop businesses in the festival’s path on Clayton Street from profiting — some almost doubling their normal Sunday profits.

Athens is never short on new businesses coming to town. From one announcement to another, th…

The restaurant will serve modern, Americanized Mexican with hints of traditional dishes as well. Parrish and Patel will use fresh local farmers as much as possible.

The restaurant had a soft opening on Feb. 27 with a few hours of service to accommodate the staff as they practice with real customers.

Fully Loaded Pizza is opening its second location on South Milledge Avenue in mid-April. The pizza joint will occupy the building where the Five Points Waffle House used to be.

Vic’s Vintage to close after almost 8 years in Athens

Vic’s Vintage first opened the shop on March 31, 2011, but Victor Peel has been selling online on eBay when it was still known as AuctionWeb in the 1990s. Now he has to sell the pieces he has collected at reduced prices since he has to leave the building by June 1.

The tree on Oglethorpe Avenue is the work of Chris Lantz, a chainsaw artist who worked on the piece for 11 days — his longest project in the 10 years he’s been professionally doing the art.

Matthew Mewbourne is giving locals and others a chance to give back to the community through his homemade candle business, Rekindle Athens. He, along with Kayley Anderkin, founded the company in fall 2016.

Rekindle Athens sells candles in mason jars, tin cans and ceramics in a variety of fragrances. They use a mixture of synthetic and essential oils for fragrances such as Wassail and Cinnamon Chai. They sell online, but first started with farmers markets.

Dining through the ages: Athens’ new and classic eats

The Classic City is home to a wide range of restaurants, both old and new. If you’re looking to experience some of the town’s iconic eateries …