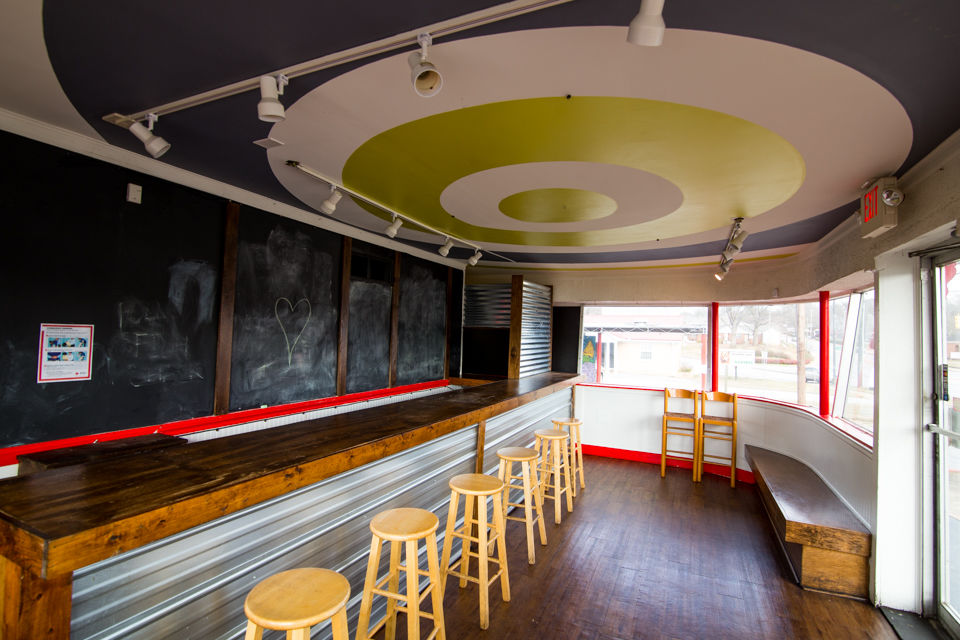 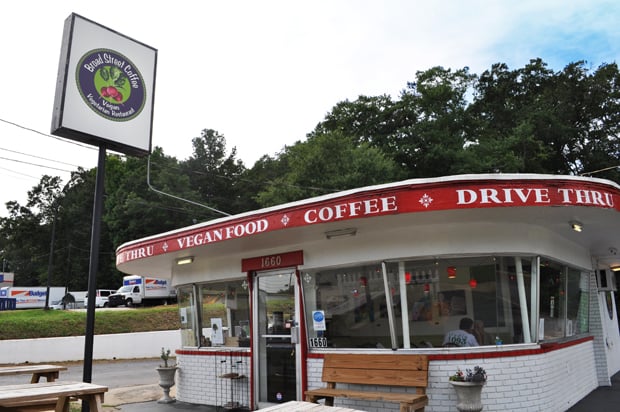 Broad Street Coffee is pictured in 2013. 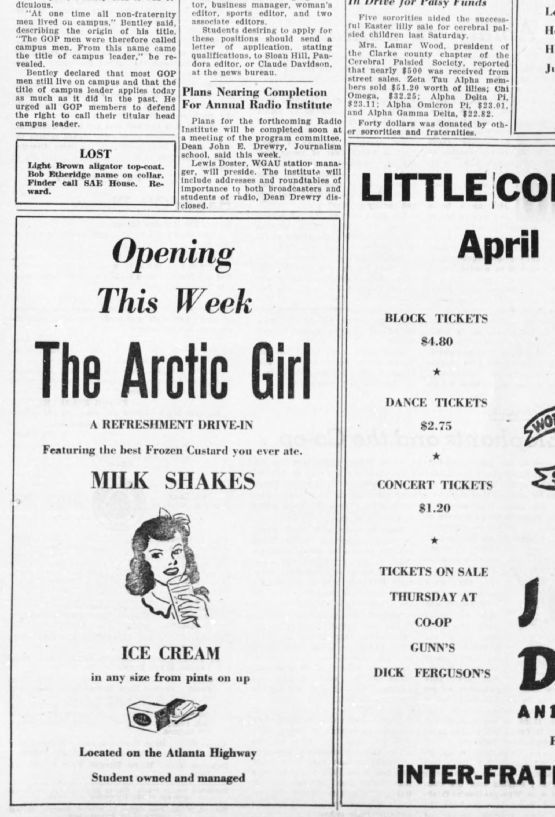 The Artic Girl, a frozen custard shop created for students by students, opened in 1950 in the 1660 W. Broad St. location. 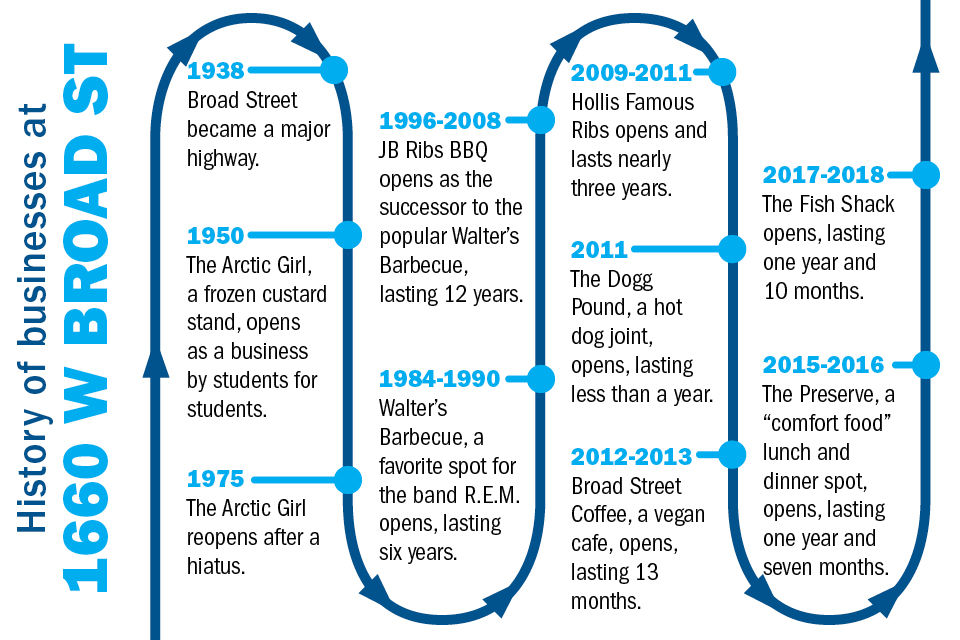 It’s a world without phones and a car-ordering app to transport you to the nearest Steak n’ Shake, Cook Out or The Varsity. No late night snacks to curb your munchies. It might seem crazy to students, but really it was the world of our parents — about 30 years ago.

That was the world of the 1980s when Walter’s Barbecue was the prime hangout spot for University of Georgia students, Athens locals and the popular local stars of R.E.M.

Both R.E.M. and the owner Walter Rittenberry were featured in the 1987 “Athens, Ga - Inside/Out” documentary.

That same year, R.E.M. dedicated a song, “Walter’s Theme,” to Walter’s Barbecue. “Put on my boots and going down to Walter’s, get me some barbecue,” the band sings.

After closing in 1990, the low-ceiling, 1,267-square-foot building couldn’t keep a name. About six restaurants called the location home, most of them lasting less than a few years.

Nearly three decades after Walter’s Barbecue, fully vegan Eden’s Cafe will hope to mimic its success when it opens in mid-May.

Julie Hutchins, co-owner, of Eden’s Cafe, hopes to “rekindle the plant-based history of this building and work within the space provided,” referencing the vegan restaurant, Broad Street Coffee, that was here from November 2012 to December 2013.

When in business, Broad Street Coffee even had a BBQ sandwich — tofu, of course — as a nod to Walter's.

Eden’s Cafe already has at least one customer lined up for its grand opening. Elena Bianchelli, an Athens resident since the 1980s and a UGA lecturer, plans to be there the day it opens to support her long-time friend, co-owner Nick Bradfield.

“Previous places have come and gone, so I hope that this will be a successful place that will stay around for a long time,” said Bianchelli, a customer of previous restaurants at this location.

Current students remember this local spot best as the Fish Shack, which was open from February 2017 to December 2018.

Before that, the little building held many different names as the area around it continued to develop, including being a hot dog joint and another barbecue place.

One of the first restaurants to open here was in 1950. The Arctic Girl, a frozen custard stand, was advertised as a business for students by students.

About 20 years before that, Broad Street was just starting to become the busy four-lane highway with which we’re familiar, said Steven Brown, university archivist at the Hargrett Rare Book & Manuscript Library.

In 1938, Broad Street was the site of a U.S. Army camp, dairy farm and Athens’ “west side school for black children,” Brown said. Once the area became urbanized, restaurants dotted the landscape, ranging from coffee shops to barbecue eateries.

It’ll be a waiting game to see if Eden’s Cafe can mimic the success of Walter’s. Who knows — maybe the next band to come out of Athens will be writing about grabbing a vegan snack at this Broad Street spot.

Owners projected the fully vegan restaurant to open on March 22, but the opening will be delayed due to difficulties making sure the building is up to code.

A rundown of top Athens and UGA stories from the past week, including a transgender UGA employee suing the university system for discrimination, local business news and more.

Vic’s Vintage to close after almost 8 years in Athens

Vic’s Vintage first opened the shop on March 31, 2011, but Victor Peel has been selling online on eBay when it was still known as AuctionWeb in the 1990s. Now he has to sell the pieces he has collected at reduced prices since he has to leave the building by June 1.

For Perpetual Groove, performing at the Georgia Theatre feels like home.

R.E.M.? Cheap rent? 3 bands discuss why they moved to Athens

With the emergence of bands like R.E.M. and the B-52s, it’s no surprise Athens garnered the …

From puppies to apparel, UGA students launch and run their own businesses

Student entrepreneurs have to balance school and extracurriculars, while running a business and planning for the future of their companies.

Ms Soriano, Enjoyed the article. I used to live just off Broad at the intersection of King, Sunset, and Holman (~‘74-‘75). My sister, who graduated in 1968 always referred to the Arctic Girl as the “frigid b___h”! My wife and I enjoyed our recent visit to Athens - it was nice and quiet during spring break. Best wishes, Morgan in Missouri.