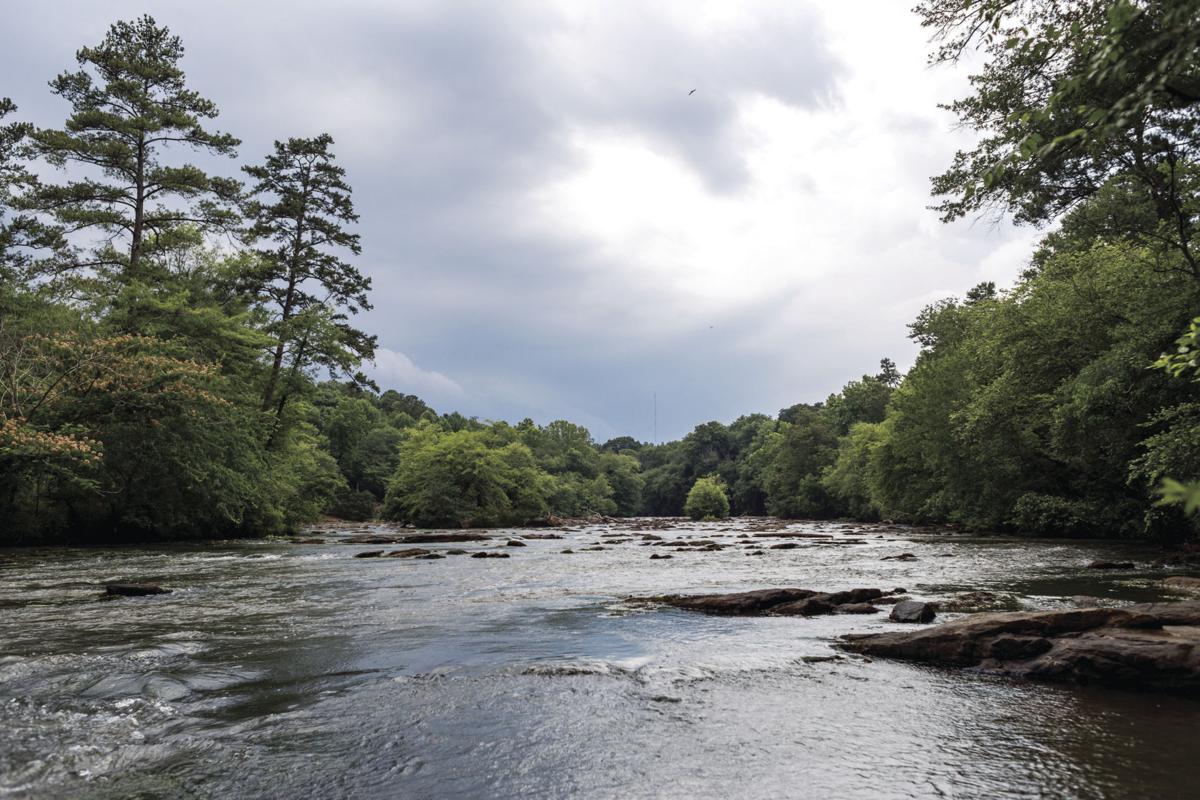 The Middle Oconee River, which McNutt Creek flows into. Weather loaches were found in McNutt Creek, meaning the invasive species could spread into the river. 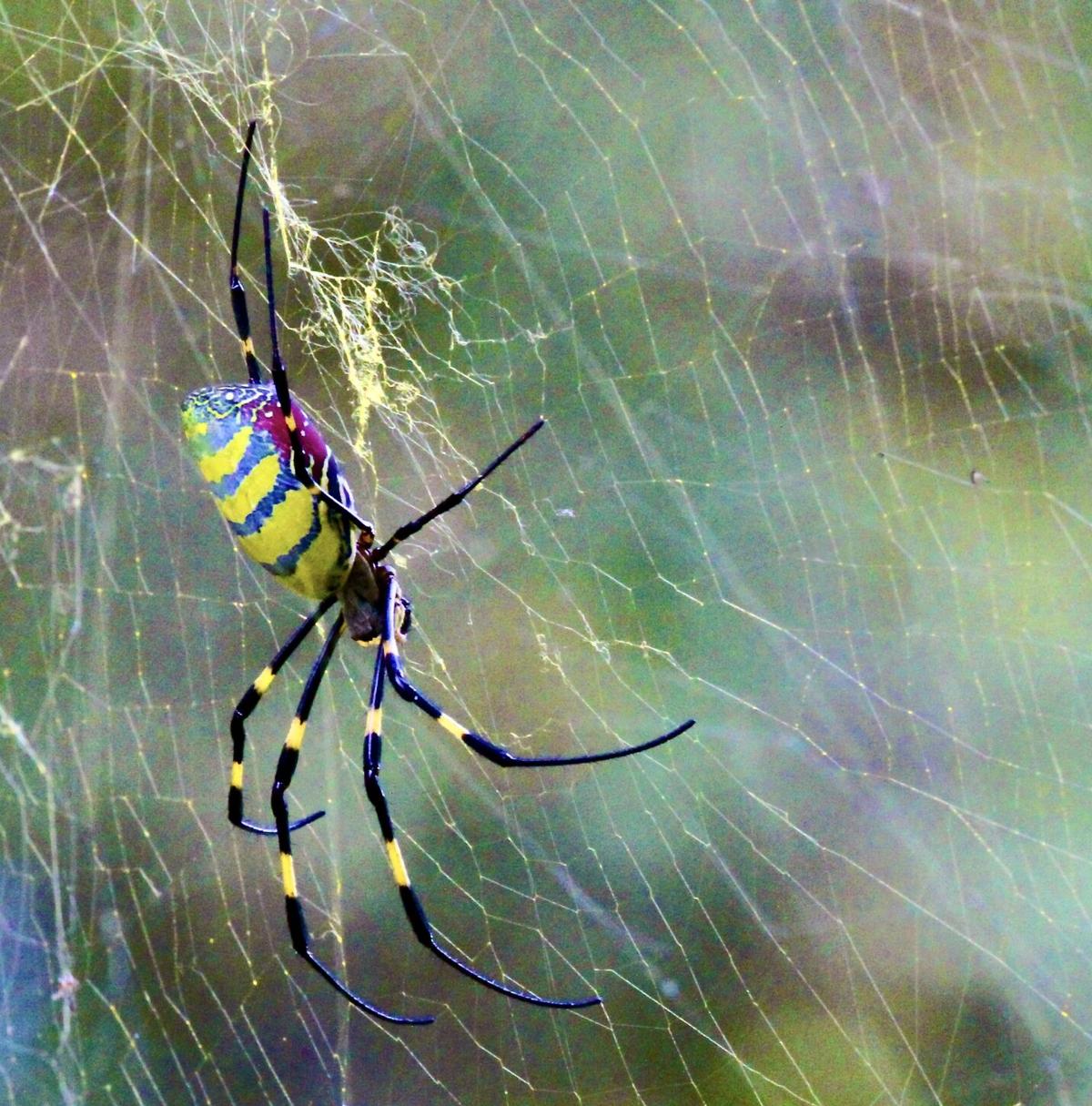 The weather loach, an eel-like invasive species of fish, was discovered in an Athens creek in November 2020. This brings light to the University of Georgia’s research involving non-native species, including that of the large and vibrant Joro spider.

An invasive species is defined as a non-native species whose introduction is likely or proven to cause environmental harm, economic damage or harm to human health, according to the Georgia Invasive Species Task Force. While their impact on ecology may be unpredictable at times, the presence of invasive species undoubtedly disrupts a fragile balance.

UGA’s Warnell School of Forestry and Natural Resources recently discovered the weather loach, which is native to East Asia, in a creek in Athens. This invasive species has the potential to reproduce and travel quickly, posing a detrimental threat not only to local fish populations but also the entire aquatic ecosystem of Georgia.

The Warnell School was doing a routine assessment of McNutt Creek on Nov. 5 when students Wesley Gerrin and Jordan Horvieth stumbled upon an unfamiliar fish, said Jay Shelton, an associate professor at Warnell. The students consulted Shelton, who identified the fish as a weather loach and said it was not native to the Athens area.

The weather loach is a popular aquarium fish and was likely released into the wild by a pet owner that wasn’t aware of the impact it could have, Shelton said. It appears that the pet owner released more than one, as the researchers have since found dozens.

“Finding only one might mean that somebody just released it, and it had not yet reproduced,” said Shelton. “More suggests that not only has someone released it, but they've released more than one, and they released enough that they might be reproducing in a local stream and that's really cause for concern.”

The weather loach has the potential to decrease the population of aquatic insects, an important food source for native fish, Shelton said. This threat to biodiversity is of particular concern for local endemic fish populations that are ecologically important in the Athens area, such as the Altamaha shiner.

Not your typical Charlotte: Joro spider

Over the past five years, the Joro spider has become an increasingly common non-native species in Northeast Georgia that now threatens to spill over into the rest of the U.S.

Native to Japan, Korea, Taiwan and China, the Joro spider is characterized by a striking yellow abdomen with broad, bluish-green bands, large red markings on the underside and long black legs with yellow-orange segments, said Richard Hoebeke, associate curator of the UGA collection of arthropods at the Georgia Museum of Natural History. They can grow up to 3 inches in length and are known for weaving strong, golden-colored webs, adding to their peculiarity and distinctive appearance.

Joro spiders were likely brought to Georgia via transportation of foreign goods to warehouses along Interstate 85, Hoebeke said. Since early sightings in Hoschton and Braselton in 2015, the species has become increasingly widespread, found as far south as Greensboro and Washington, Georgia and as far north as Greenville, South Carolina.

“I am inundated with emails and images, well over a thousand every year at this time,” Hoebeke said. “I'm still getting images from about 25 different counties in the northeastern part of the state.”

In its attempt to quantify the prevalence of Joro spiders, the Georgia Museum of Natural History has heard much speculation and unease from the public regarding the species’ potential environmental impact. Many individuals have provided anecdotal claims of increased competition among native spiders as well as potential prey, said Hoebeke. However, as these claims themselves are inconclusive, the Joro spider’s threat to local ecology remains unknown.

Meanwhile, the Joro spider may be beneficial to Georgia’s agriculture, as it feeds on the invasive brown marmorated stink bug, said Hoebeke. This pest causes severe damage to fruit and nut-bearing trees, vegetable crops, soybeans and cotton in North Georgia. By keeping stink bug populations under control, Joro spiders may do more good than harm economically.

“Everybody wants goods from abroad, but with that comes risk, and that risk is transportation of unwanted guests, which are all these non-native species,” said Hoebeke.

In the case of the weather loach, its introduction to the Athens ecosystem was a direct result of the actions of an irresponsible pet owner, Shelton said. Just as one wouldn’t release a dog or cat into the wild, one should never release exotic pets into the local ecosystem. Other options include rehoming the fish or checking if a pet store will accept it.

An important tool for confronting invasive species is public awareness. Researchers like Shelton and Hoebeke benefit from the endeavors of citizen science, or scientific research conducted or aided by amateur scientists. For research involving non-native species, this means reporting sightings of abnormal plants or animals.

“Our best defense against invasive species is an informed public,” said Chuck Bargeron, co-director of the Center for Invasive Species and Ecosystem Health at UGA’s Tifton campus. “Recognizing and reporting unusual plants and animals may help prevent a new introduction that could have significant impacts to agriculture or forestry in Georgia.”

Report sightings of the weather loach to Jay Shelton at jshelton@uga.edu.

Report sightings of the Joro spider to Richard Hoebeke at rhoebeke@uga.edu.

For detailed information on how to report sightings and more reporting methods, visit this link.

People of non-Christian faiths discuss views of the holiday season

In a Thursday ArchNews email, University of Georgia President Jere Morehead and Provost Jack Hu updated the university community on plans for the spring 2021 semester regarding COVID-19.

The story behind Linnentown: Why Athens residents are speaking out decades after their community’s removal

The campus and city news desks have compiled a list of events going on throughout the upcoming week that are open to the public. The list features a holiday concert, an art gallery scavenger hunt and a movie night.

Despite massive traffic to the more than 55 million pages, Wikipedia and the reliability of its entries have been under fire since its first article was posted two decades ago. On this anniversary, University of Georgia professors discuss the credibility of the contentious, crowd-sourced information hub.