A federal judge has ordered a special election for district attorney of the Western Judicial Circuit, which includes parts of Athens-Clarke County, according to court documents filed Thursday.

The ruling is a result of a lawsuit against Gov. Brian Kemp by Deborah Gonzalez. Ken Mauldin, the previous district attorney, resigned in February. Under Georgia law, Kemp has the power to appoint a replacement district attorney — if he had appointed a district attorney before May 3, the position would have been up for election this November.

Because he didn’t appoint anyone before that date, the next election for the position would have been November 2022. His appointee would have served in the office until then, although he hadn’t appointed anybody before the court ruling.

Gonzalez was one of the candidates running for district attorney and sued after the election date was pushed back. Four other Athens residents who live in the Western Judicial Circuit were also plaintiffs in the suit.

“It is fundamentally unfair and constitutionally impermissible for public officials to disenfranchise voters in violation of state law so that they may fill the seats of government through the power of appointment,” the original filing said.

In the Thursday document filed in the U.S. District Court for the Northern District of Georgia, the court mandated that an election take place on Nov. 3 of this year. It said Georgia officials violated a state statute for filling a vacancy when an official withdraws from office. 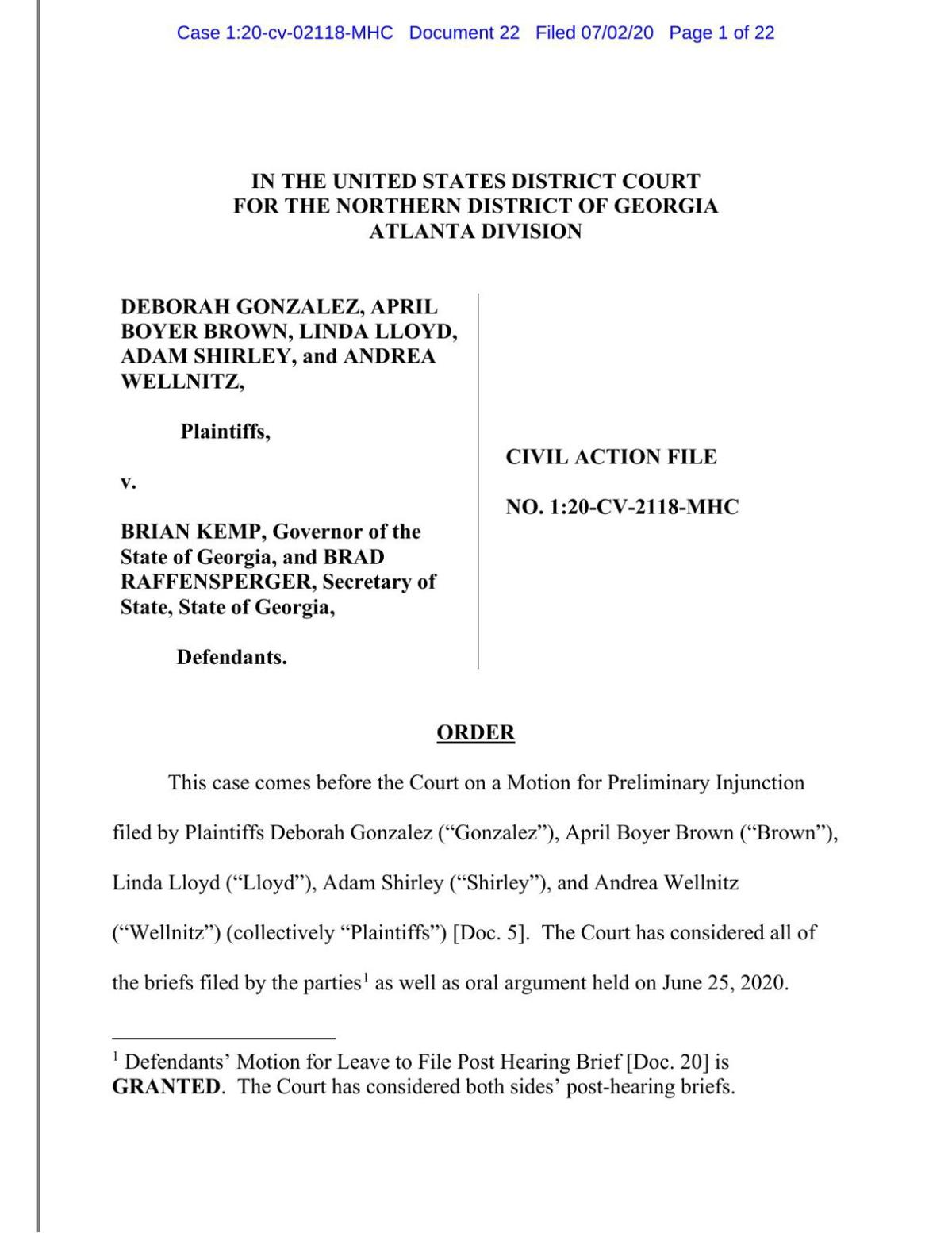 The parties in the suit must present a plan to the court before July 16 that details how the election will be conducted. The plan must include dates and times for a specially-set period for candidates to qualify to run in the special election. It also has to include enough time to comply with printing and mailing deadlines for absentee ballots.

Kemp can still appoint an interim district attorney, but it has to be before the end of the special qualifying period if the appointee plans to run for the office in November.

The next general election for Athens-Clarke and Oconee Counties’ district attorney won’t be until 2022.

OPINION: We need to encourage mail-in ballots so voters can safely have their voices heard

The November 2020 election will be a turning point in America. Mail-in ballots will allow voters to cast ballots safely during the COVID-19 pandemic.