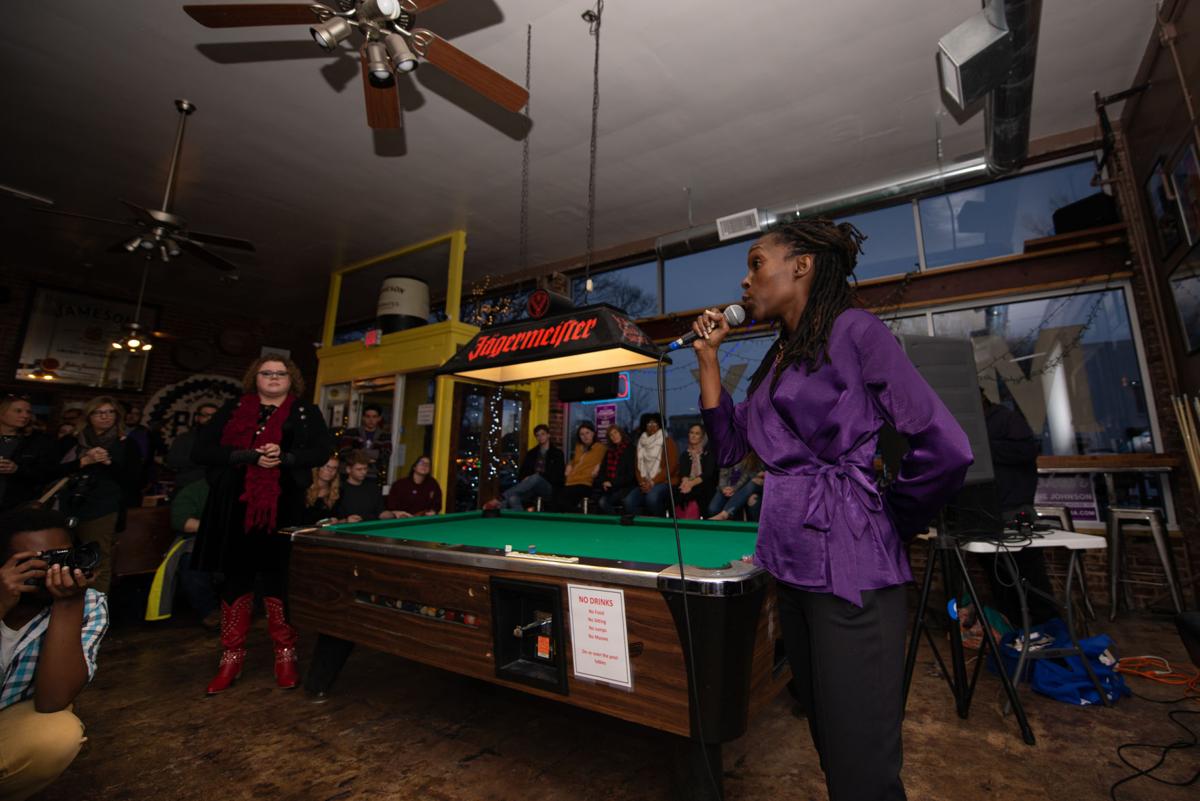 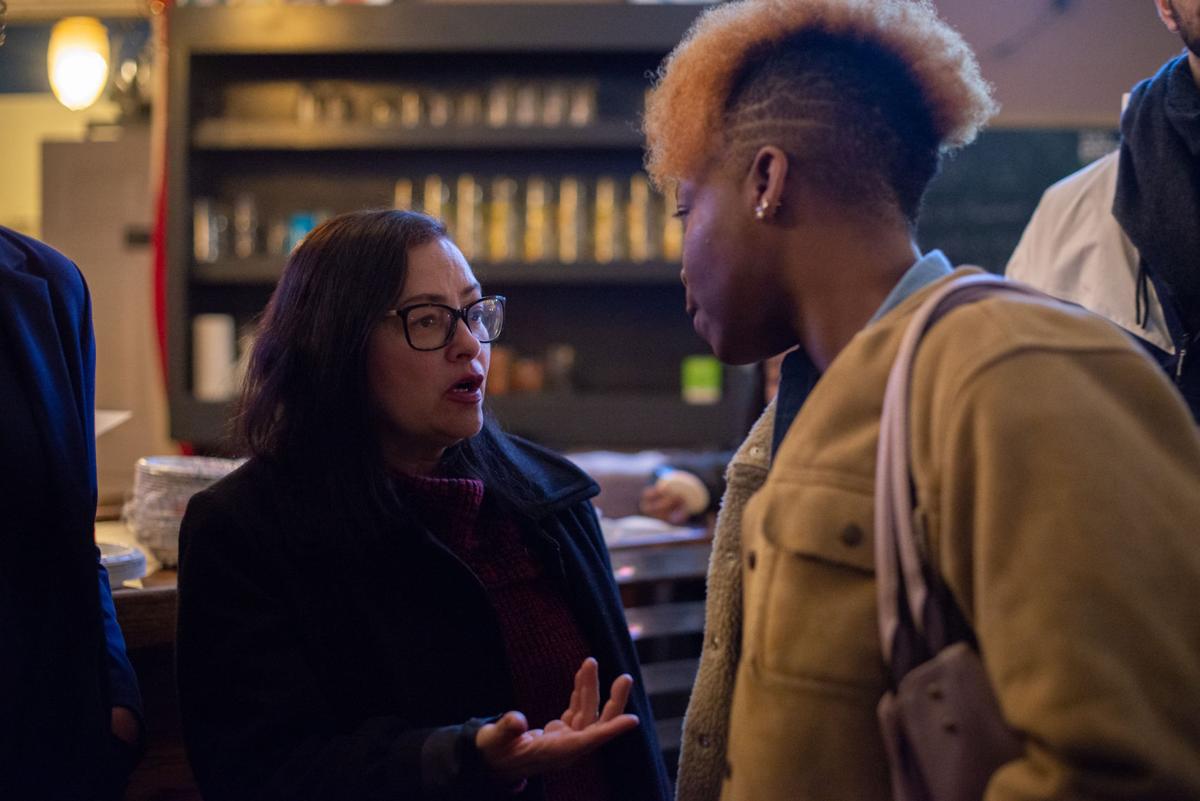 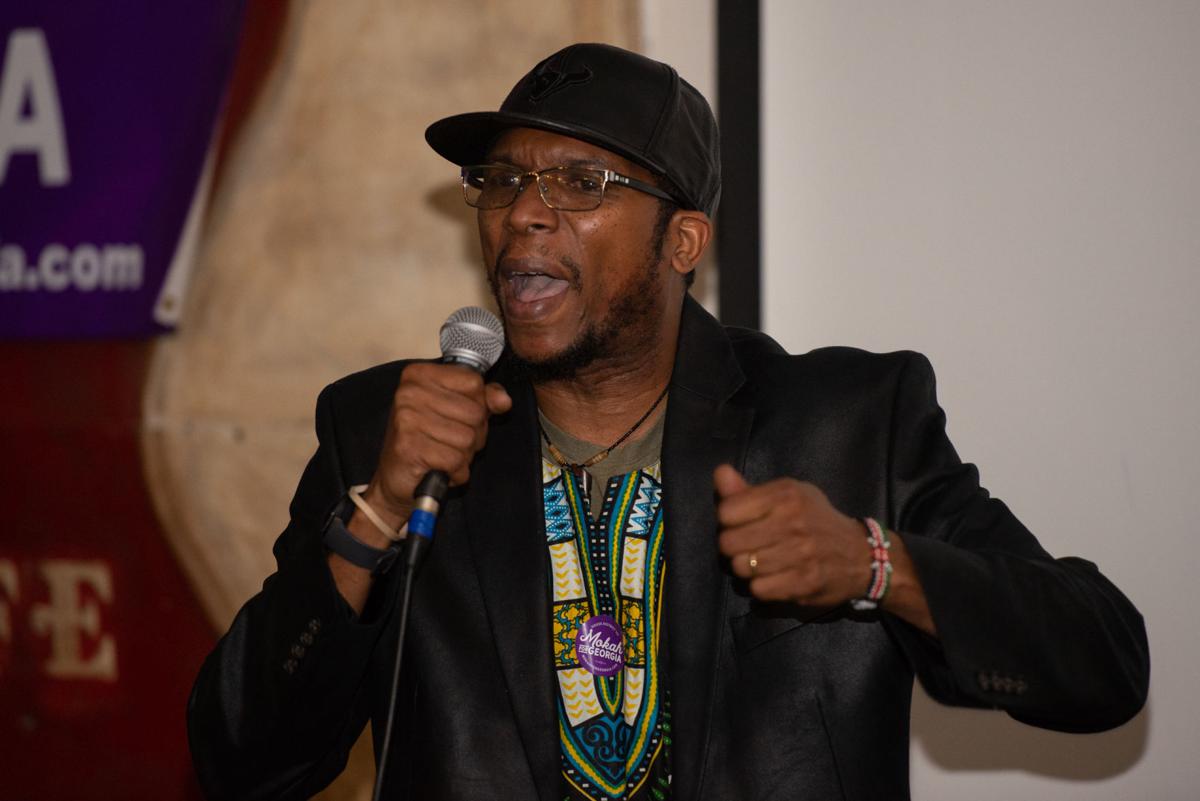 Marcel Mincey gives a speech in support of Mokah Jasmine Johnson on Saturday, January 18, 2020 at The Max Canada in Athens, Georgia. Mincey is an activist (Photo/Julian Alexander, jalexander@randb.com)

Marcel Mincey gives a speech in support of Mokah Jasmine Johnson on Saturday, January 18, 2020 at The Max Canada in Athens, Georgia. Mincey is an activist (Photo/Julian Alexander, jalexander@randb.com)

Centering her candidacy around representing “the people,” Mokah Jasmine Johnson packed The Max Canada with her supporters as she launched her campaign for the District 117 seat in the Georgia House of Representatives on Jan. 18.

“Mokah told you I asked her to step up for this seat. What she didn’t tell you was that I was a real pain in the ass about it,” Gonzalez said. “Because I made one promise to this district — that seat would never go unopposed again.”

In 2012, 2014 and 2016, Republicans campaigning for the District 117 seat ran unopposed. Gonzalez, running as a Democrat, won the seat in a special election in 2017 against Republican Houston Gaines. Gaines won the seat back in 2018.

Denson and Harrelson criticized Gaines for voting against H.B. 426, which would establish penalties for hate crimes. Georgia is one of four states to not have hate crime laws, so Johnson supports passing “bipartisan, LGBTQ-inclusive” hate crime legislation.

“On this, we have no excuses,” Harrelson said. “[If] Stacey Abrams can come within a centimeter of the governor's mansion, ladies and gentlemen, I tell you that we could get hate crime legislation passed on day one.”

April Brown — the Chairwoman of the Libertarian Party of Athens — made an appearance and endorsed Johnson as an individual, not as a representative of the party. Despite their different political affiliations, Brown previously worked with Johnson to eliminate cash-bail in Athens-Clarke County last summer.

District 2 Commissioner Mariah Parker urged the crowd to go out and canvas for Johnson’s campaign.

“We need people from every single corner of the city involved in the representation, legislation and the transformation of this community,” Parker said. “It comes to me as no surprise that Miss Mokah-Johnson has finally realized that this seat belongs to her, and this seat belongs to us.”

Mokah Jasmine Johnson plans to officially announce her bid for the Georgia House of Representatives during a rally at Athens-Clarke County City Hall on Jan. 18 at 5 p.m., according to a Jan. 2 press release.

Rep. Doug Collins, from Georgia’s 9th Congressional District, announced he is running for U.S. Senate in a Fox News interview on Jan. 29.

Local attorney A. Kamau Hull has officially announced his campaign for Athens-Clarke County Commission District 8, according to a Feb. 12 press release.