Four nurses filed a lawsuit against Landmark Hospital in Athens alleging that the hospital is falsifying COVID-19 test results.

The suit, filed by four anonymous nurses in Gwinnett County Superior Court on Wednesday, asks for court intervention to stop Landmark from receiving new patients or transferring any patients to other hospitals.

“Landmark fabricated negative results so as to continue to be able to discharge patients to make space for new admissions and avoid the negative publicity and oversight that would result if the positive COVID-19 results were disclosed,” the lawsuit says.

Two nurses — one who used to work at Landmark and one who currently works there — spoke to 11Alive anonymously. They said Landmark purposefully sent throat swab tests to the lab at Piedmont Athens Regional Medical Center that only analyzes nasal swab tests, knowing that they would result in a negative test.

The nurses also said Landmark intentionally retested patients who tested positive in order to get a negative result.

“When they had someone who would turn out positive, they would re-do the test so that it would come back negative and they would say that it was a false positive,” one nurse told 11Alive.

A nurse told 11Alive that they were fired for performing a test that came back positive because they didn’t have a doctor’s order for the test. 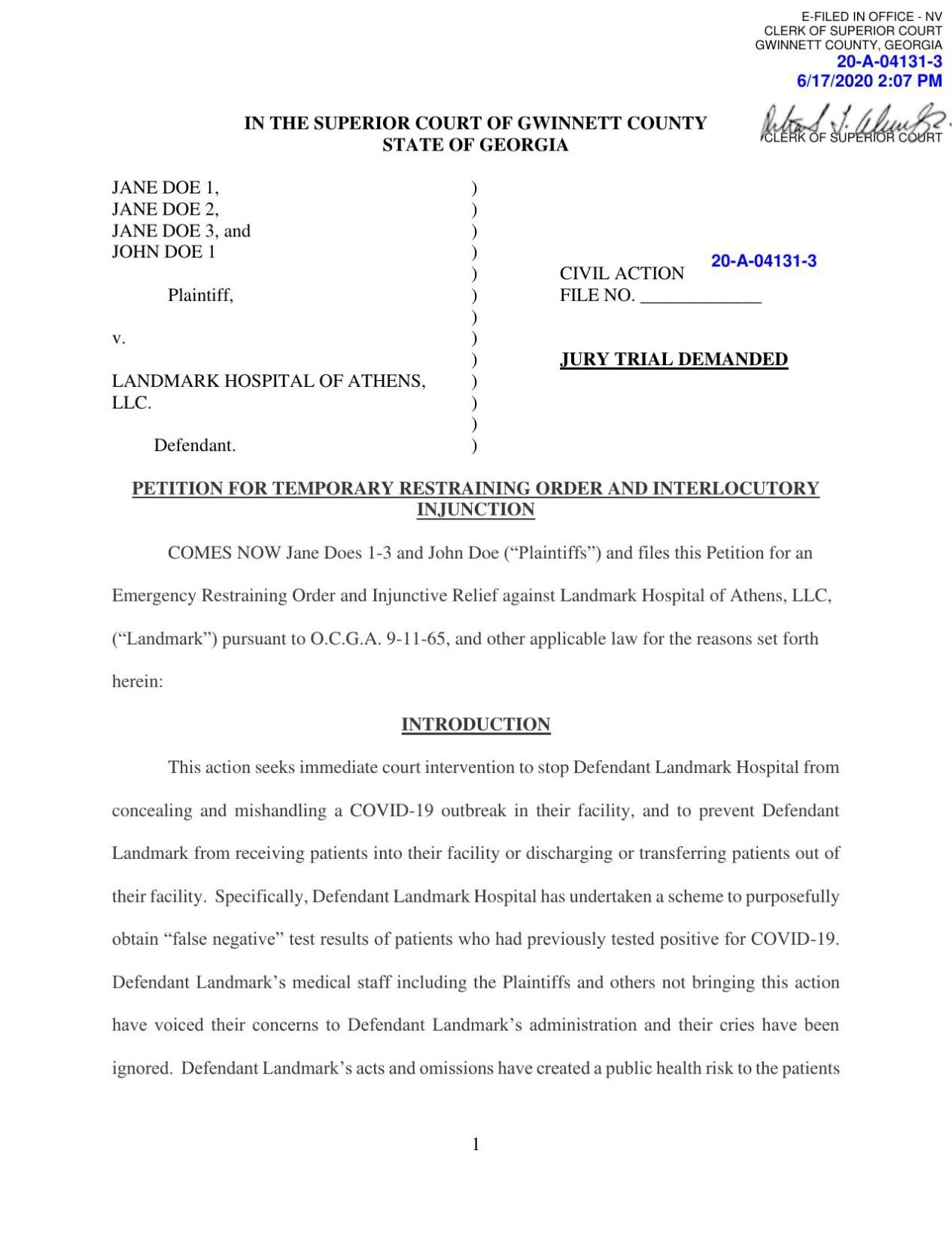 Athens’ Landmark Hospital is a 42-bed critical care facility on Sunset Drive. It houses patients who need extended hospitalization for their medical care.

“While we cannot comment in detail on pending litigation, we can assure you that we will vigorously investigate allegations and defend our hospital and its staff against misleading and false claims,” Marie Saylor, Landmark’s CEO, told 11Alive. “Landmark Hospital of Athens follows CDC, state and local guidelines as well as established protocols and procedures for COVID-19 testing.”

Clarke County has 374 confirmed COVID-19 cases as of Friday, according to the Georgia Department of Public Health.

A Georgia Department of Community Health investigation of Landmark Hospital of Athens, which is embroiled in a lawsuit about COVID-19 tests, found the hospital is in compliance with state health guidelines for nursing services and infection prevention and control.