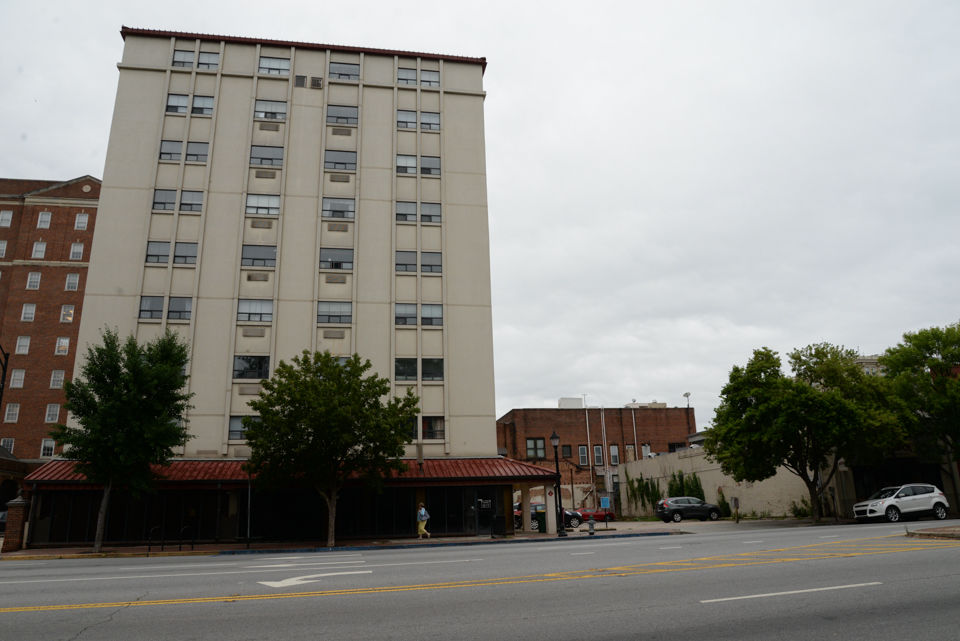 A view of University Towers on Jun. 12, 2019 in downtown Athens, Georgia. Target plans to use the retail space below the tower and the parking lot adjacent to the tower to build a downtown location. (Photo/Julian Alexander) 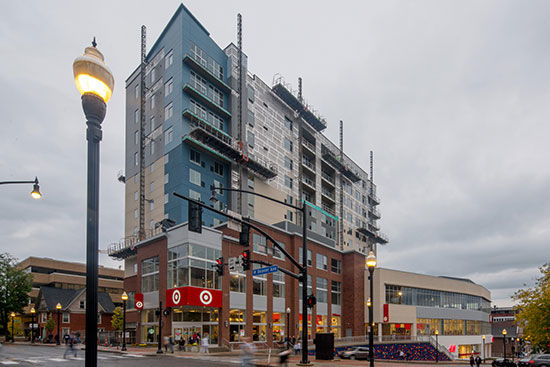 A small-format Target located one block south of Pennsylvania State University opened in 2016. 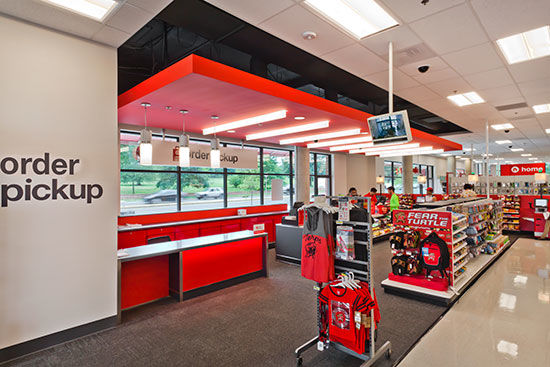 Opened in 2015, the small-format Target along the Baltimore Avenue arterial building between the University of Maryland’s main campus and existing student housing serves a student population of over 37,000.

Even though the prospect of a downtown Walmart sent Athens residents reeling in 2012, Target’s plan to open a “small-format” store in downtown Athens has not received the same amount of vigorous opposition.

An article published by The Red & Black in 2012 details the measures residents and local businesses took to display their discontent with the addition of a national retailer, including store windows throughout downtown displaying stickers with the phrase “Live Better. Buy Local.” Over 10,000 people signed a petition to oppose the Walmart project.

From the ground up

The Athens Target store is planned to open at 131 E. Broad St. The store will be approximately 12,400 square feet and will be composed of the ground floors of two adjacent buildings — the existing nine-story University Towers and a new four-story building planned just to the right of the University Towers building on Broad Street.

Nave said Target has been good to work with as they have kept “Athens in mind,” adding that Target, as a national retailer, will increase property values because it’s seen as upper-scale and an amenity. He said he has not received and does not anticipate any pushback.

However, although increasing property values will lead to higher property taxes and subsequently more money for Athens-Clarke County, the added amenity will also likely lead to increased rent for renters in the area to compensate.

There will be no new parking added for the Target due to lack of space. Downtown Athens does not require parking to be added unless the building is residential rather than commercial. According to Nave, most of the Target traffic is expected to be foot traffic, and the groups are working to improve pedestrian safety by moving a bus stop back and adding a loading zone.

Nave said he and his team are working with University Towers to clean up around the building and improve areas for foot traffic. He said he is not worried about worsening downtown traffic.

Nave said the hope is to have permits by September. Construction is expected to last 10 months, but the opening date has not been planned.

Target spokesperson Liz Hancock said in an email that more details will be shared as Target gets closer to opening.

With the 2020 Athens-Clarke County Commission election less than a year away, the first cand…

Beau Shell received the best gift on his 15th birthday.

The young entrepreneur officially opened his ice cream shop, Cool World, with a ribbon-cutting ceremony on Sunday, exactly seven years after the birthday wish for an ice cream cart that started it all.

Wayfair, an online company that sells home goods, plans to bring more than 500 jobs and invest more than $8 million with a customer support facility in Athens.

OPINION: College students should research ways to save money

College is expensive, but college students might be hampering their finances with extraneous expenses. Do research and be as fiscally responsible as possible.

'What will Athens become?'