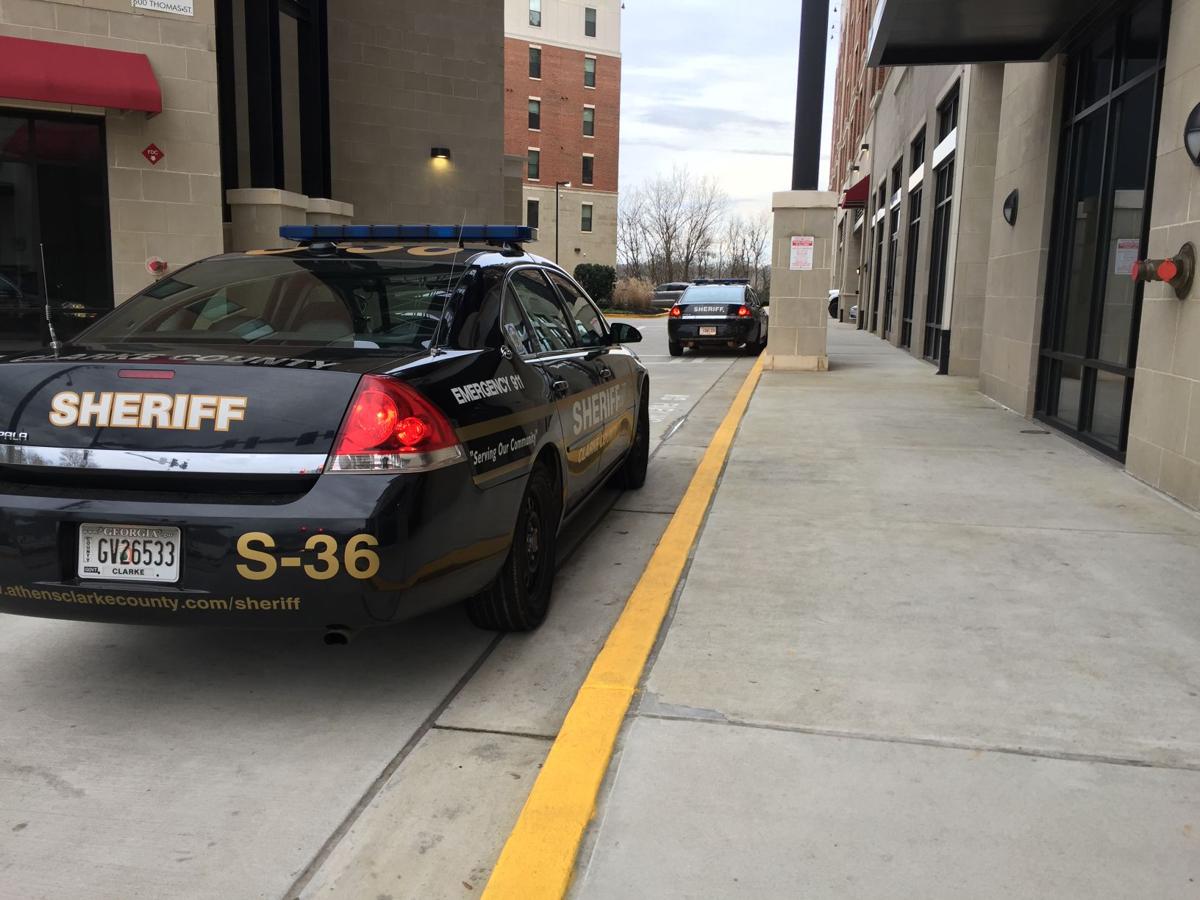 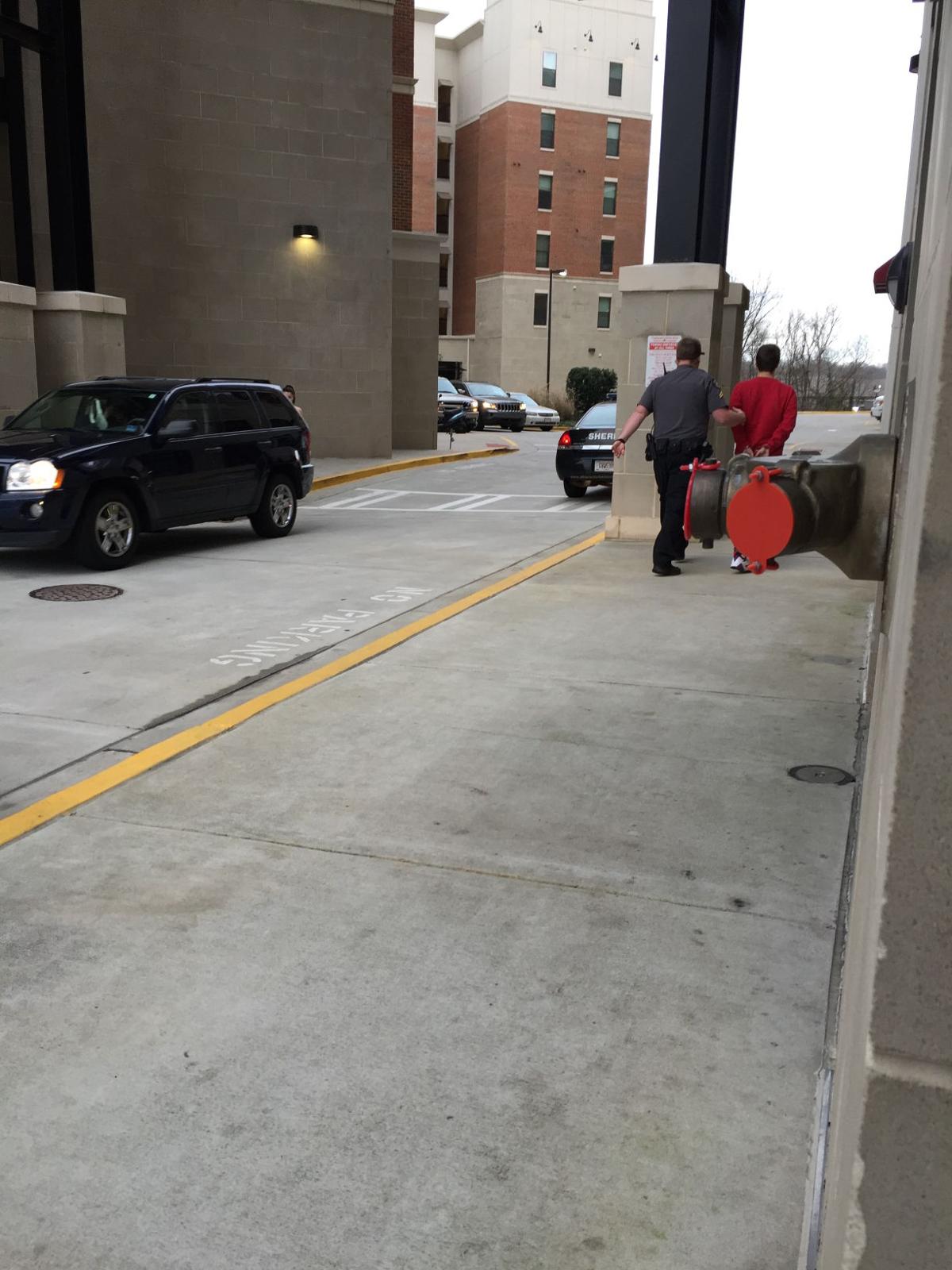 Police arrested Brandyn Clark on nine felony charges for criminal damage in the second degree Tuesday after several vehicles were found damaged in the parking garage of The Standard apartment complex.

Clark was booked into the Athens-Clarke County jail on a $5,000 bail for each charge. He was released on bail Wednesday afternoon.

On Tuesday, ACC police responded to a call from a UGA student and resident of The Standard about someone breaking and entering her vehicle, which was parked in the complex’s parking garage, according to the police report.

The first victim told police that nothing was taken from her vehicle, but that the front passenger window has been busted and there were other damages to the car on the passenger side, according to the report. 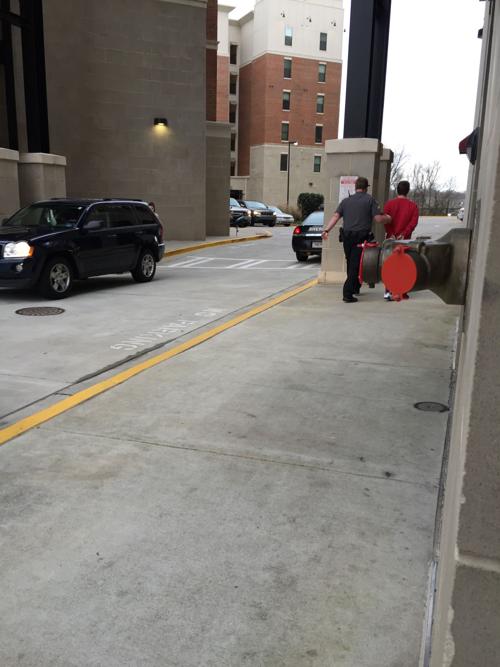 Police said in the report that they found blood surrounding the car and on the vehicle, which prompted them to follow the trail of blood splatters. According to the report, this lead police to several damaged cars — nine in total — throughout the parking garage, all with blood on or around the vehicles. They were also all red cars, according to the report.

After meeting with the manager of the apartment complex, police were able to identify the owner of the Honda as Brandyn Matthew Clark, a 20-year-old UGA student and resident of The Standard.

Police then went to Clark’s apartment for questioning, according to the report. When Clark answered the door, he asked police if they were questioning him about a hit and run that occurred the night before.

Police told Clark that his blood was found surrounding his car and Clark showed police a very large cut on his finger that was profusely bleeding on his clothes and onto the floor, according to the report.

Clark told police that he acquired the cut after trying to repair his car, according to the report. Police asked to see the inside of the apartment and found what appeared to be blood on the kitchen counter, sink, floor and cabinets.

Police then went into Clark’s bedroom and also found blood on the bathroom sink, floor, mirror, as well as on his bed and bedroom floor, according to the report.

According to the report, Clark told police that he was the victim of a hit and run and tried to file a report, but decided not to and instead looked for the vehicle himself in the complex’s parking garage.

The ACC police report obtained by The Red & Black did not mention the bullet holes that were reportedly found in cars in The Standard parking garage, nor did it mention the shell casing that was found on the scene.

Arrest made after vehicles damaged at The Standard

Several student residents of the The Standard apartment complex reported to Athens-Clarke County Police that they heard gunshots coming from the parking garage during the early hours of Tuesday, Jan. 26.

Since the end of the 2015 fall semester, local businesses have been permanently shutting their doors at an alarming rate.

On Oconee Street, across from Nuci’s Space and St. Mary’s steeple, a line of empty warehouse…

Student issued bond conditions for damages of cars at The Standard

In a court hearing on Wednesday, Jan. 27 with an Athens-Clarke County Magistrate Court judge, Brandyn Clark was granted a good security bond of $1,250 for each of the nine felony charges in comparison to his original bail bond charge of $5,000 per felony charge at the time of arrest.

Here'a wrap-up on the crime that took place around Athens from Jan. 28 to Feb. 3.

UGA student robbed, beaten and shot in the arm trying to deliver pizza

Athens-Clarke County police responded to a 911 call on Thursday night in reference to a Papa John’s delivery man who had been hurt in a robbery.

Former University of Georgia student Brandyn Matthew Clark began his service for causing approximately $30,000 worth in damage towards multipl…

I would love to see follow-up on this student. How in the world can he avoid contact with the vandalism victims if he is still a student at UGA? This is apparently his third arrest and alcohol apparently played a role in each. He isn't even 21 yet! It would be nice to see a little humility yet he is still spotted at downtown drinking establishments with a drink in his hand.