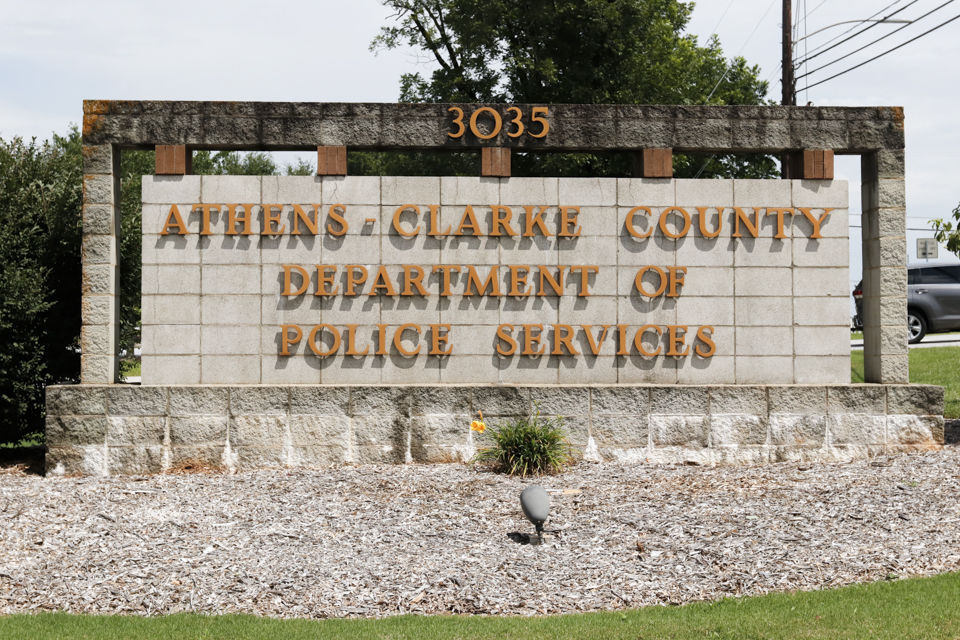 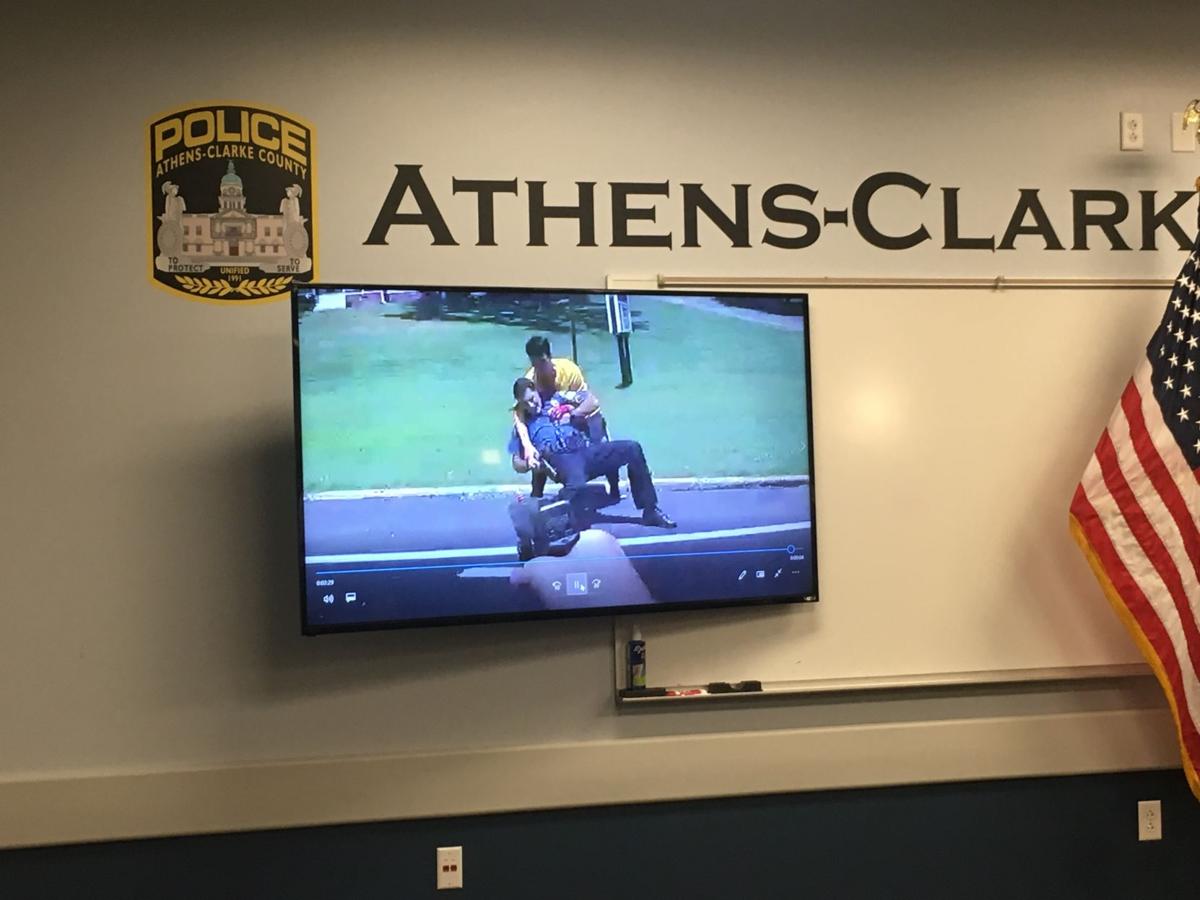 The Athens-Clarke County Police Department released the names of the people involved in the July 1 shooting on Macon Highway near the River Club apartment complex at a July 2 press conference.

The man who was shot and killed by police was identified as Aaron Hong, a 23-year-old man and Athens resident. The ACCPD officers involved were Senior Police Officer David Harrison and Officer Charles Bidinger.

Both officers were placed on administrative leave after the incident, in accordance with ACCPD policy. The incident is now being investigated by the Georgia Bureau of Investigation.

Also presented was the body camera footage from the perspective of both officers.

The footage shows that the officers arrived at the complex to find Hong with a knife, who yelled at the officers to “do it” while they repeatedly told him to put the knife down. As Hong advanced, the officers continued to back up on foot in the River Club driveway, eventually reaching the entrance to the complex on Macon Highway.

Hong then charged at Harrison, who fired seven shots at Hong. Hong fell to the ground before standing up again and yelling “shoot me.”

Hong charged Harrison again, grabbing his shoulders and appearing to reach for the officer’s gun — Harrison yelled “he’s going for my gun.” At this point, Bidinger fired four more shots at Hong, who fell to the ground and did not get back up.

“No one wants to take the life of an individual … [Bidinger is] concerned and upset that it happened twice in such a short time period, but I think you saw what he was confronted with,” said ACCPD Chief Cleveland Spruill, who paused the video at various moments to describe what would happen next.

Spruill said Bidinger had started to reach for his taser after the first shots were fired, but did not have a chance to use it before Hong started struggling with Harrison and reaching for the weapon.

“The body-worn camera video evidence that I have seen and I that I’ve shared with you today, suggests that the officers reasonably feared for their lives and for their safety, and used deadly force to defend themselves,” Spruill said after showing the footage.

Spruill also expressed condolences for the family and friends of Hong, who was pronounced dead at the scene.

The officers had responded to the incident around 12:30 on July 1 after receiving reports of a man who was acting erratically with a knife at the complex. Spruill said Hong was already bleeding when officers arrived, but did not provide any other details about what may have led to the incident.

On July 1, three Athens-Clarke County police officers were involved in a shooting off Macon Highway. The victim of the shooting was pronounced dead at the scene, and the incident is being investigated by the Georgia Bureau of Investigation.

Hundreds of new laws that Georgia legislators passed earlier this year are scheduled to go into effect on July 1. Here are a few laws you might want to know about.

Blaine Williams, Manager of Athens-Clarke County Unified Government, has selected Josh Edwards to be the new Assistant Manager for ACC on June 26 after Jestin Johnson left for a position with the City of Atlanta. Edwards will oversee day-to-day operations and serve as a point of contact to Williams.

From Timothy Road to the Oconee County line, Macon Highway closed due to a structure fire at the Puritan Mill property around midnight on July 8.

Local Athens artist Michael Davenport, the armless artist known for his University of Georgia-themed sketches that are drawn with markers held in his mouth, was assaulted by a man who hit him on the head with a bottle while he was working on Lumpkin Street on June 23. The suspect fled the scene.

Gun legislation has become a bitter partisan issue, but UGA can act now to implement gun safety programs that will keep campus safe.

A rising trend: Athens officers have shot five people in 2019

On Oct. 14, Senior Athens-Clarke County Police Officer Lamar Glenn was responding to a suspicious person call on Chalfont Drive when the suspe…

I was recently looking for a loan and I couldn't find a good deal anywhere. I went onto compare the market and Western Loan Finance popped up. I input my details and believe it or not, they called me back the same day and confirmed that they could authorize the loan. Hernandez was the person whom dealt with my inquiry and within 2 days I had the money in my account. He contacted me throughout the procedure to make sure everything was running smoothly and also gave me the best deal possible. They worked around my income and found me a suitable monthly price for the repayments that myself and Western Loan Finance were happy with. If you ever want a loan, I would totally recommend Western Loan Finance and to speak to Hernandez. His customer service skills were amazing and he did everything for me within 48 working hours. Thank you so much for your generosity and help Hernandez. You truly are a huge asset to your company. Couldn't have walked out from your office happier than I was!! Thank you! X..Interested applicants should contact WESTERN LOAN FINANCE for more info..Bumble B.