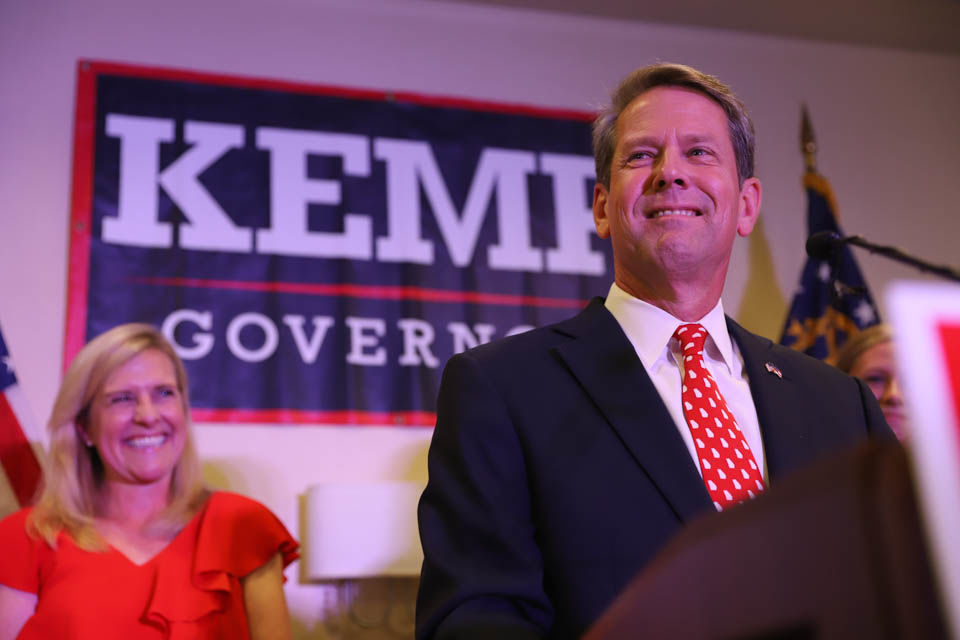 Brian Kemp, republican candidate for the governor of Georgia, claims victory against Casey Cagle and celebrates with supporters during the runoff election viewing party at the Holiday Inn in Athens, Georgia, on Tuesday, July 24, 2018. (Photo/Reynolds Rogers) 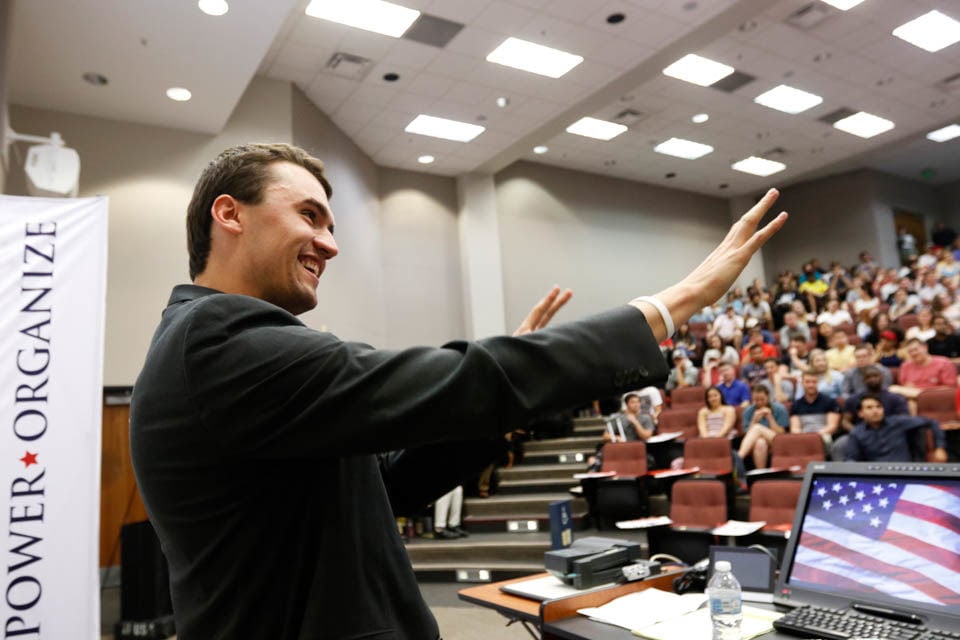 UPDATE: Republican gubernatorial candidate and Georgia Secretary of State Brian Kemp has announced a reception for his campaign will take place at the Classic Center before the Turning Point USA event with Donald Trump Jr., Kimberly Guilfoyle, Charlie Kirk and Candace Owens.

The reception costs $50 and will take place from 5–6 p.m., featuring Trump Jr. and Guilfoyle, according to the event's RSVP page.

The University of Georgia chapter of Turning Point USA has announced the addition of Donald Trump Jr. and Kimberly Guilfoyle to its “Campus Clash” event, which will also feature TPUSA founder Charlie Kirk and TPUSA director of communications Candace Owens.

TPUSA UGA President Erin Cooke said Kirk became friends with Trump Jr. on the 2016 campaign trail, and had been working on securing his and Guilfoyle’s appearance at Campus Clash for the past few weeks. Trump Jr. has previously appeared at TPUSA events.

Cooke said after the new names were announced, around 600 free tickets were claimed in less than three hours. To accommodate the audience demands, the event has been moved from Ramsey Concert Hall on UGA’s campus to the Classic Center in downtown Athens.

“[I expect] Trump Jr. will speak more about the national political demographic and makeup, especially with the midterms coming up,” Cooke said. “Charlie and Candace will probably focus more on campuses, [ranging anywhere from] privilege to campus carry because that is a big issue in Georgia, but they are always most excited about the question and answer part.”

Campus Clash will be at 6:30 p.m. Oct. 9 at the Classic Center. Cooke suggested arriving early due to heightened security.

A student using a Tate crosswalk was hit by a University of Georgia bus on Wednesday, Sept. …

Charlie Kirk received applause after denouncing the methods of teaching at U.S. colleges and…

Hispanic Heritage Month is usually a time for students to celebrate their culture, but an em…

Where: The Classic Center

“It’s nice to see both sides have a sense of humor,” said Sebastian Puerta, the moderator, to the laughter of the audience at the Pizza & …

The Child Development Lab at the McPhaul Center doesn’t have any brain probes, but they do have two-way mirrors. Are they interrogating toddle…

The University of Georgia is building a new $3.1 million clubhouse for its equestrian team at the team’s current practice location in Bishop, …

A red fish in a blue sea: Athens Republicans reflect on living in a Democratic city

The majority of Georgia’s voter base may vote as Republican, but the majority of Athens-Clarke County voters cast their ballot for Democratic …

The Red & Black's news editors Tessa Green, Hunter Riggall and Ashley Soriano update listeners on what they missed in news and politics, i…

With less than a month until the general election, Democratic gubernatorial candidate Stacey Abrams and Athens-Clarke County Mayor-elect Kelly…

Half a mile west of the Classic Center, beyond the barricades and protests surrounding Donald Trump Jr.’s arrival at the Turning Point USA eve…

Editor's note: The Red & Black reached out multiple times to Republican gubernatorial candidate Brian Kemp for an interview. His campaign …

Athens residents and students gathered outside of the Classic Center from Athens, Georgia to protest Turning Point USA's Campus Clash event on…