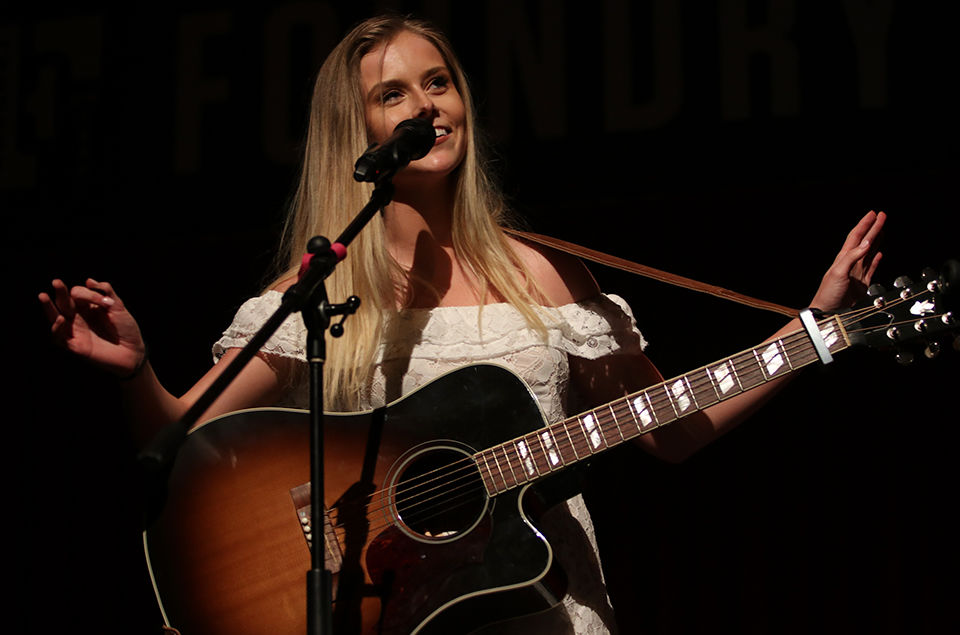 Ashley Walls, a country artist and UGA student, performs at The Foundry during AthFest 2019 in Athens, Georgia on Friday, June 21, 2019. (Photo/Caroline Barnes, https://carolinembarnes.wixsite.com/photography) 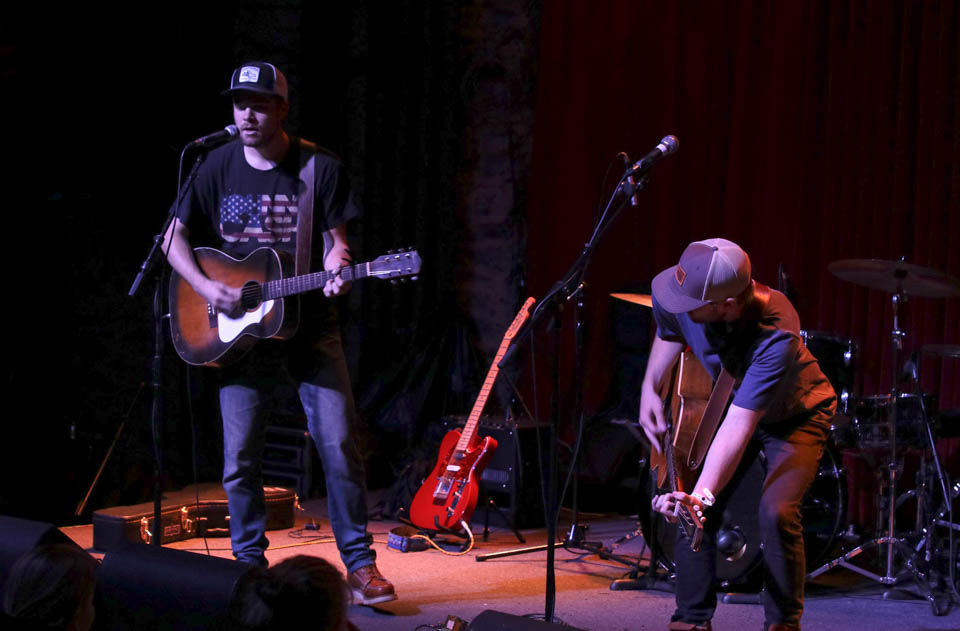 The Tuten Brothers perform at The Foundry on June 21, 2019 in Athens, Georgia. (Photo/Anika Chaturvedi)

Kicking off the night was Janie Waddell, a singer-songwriter from Marietta. Waddell, a University of Georgia graduate who lives in Nashville, Tennessee, performed original country-pop songs all on acoustic guitar. Her songs included “Gucci” and “Spring Broke,” where she encouraged the crowd to respond with “aye” when she sang “spring break.”

Following Waddell was the band Willie Pearl. The southern-rock fourpiece from Athens and Nashville, Tennessee is made up of drummer Chason McKay; guitarist and lead vocalist Ben Murphy; vocalist, guitarist and keyboardist Henry Rogers and bassist Lawrence Rogers.

Like Waddell, this was Willie Pearl’s first AthFest and the band expressed its nerves before starting the set.

The group played original songs with varying tones, with some songs being more upbeat in contrast to more blues-inspired songs. The harmonies between the keyboardist and guitarist stood out in several of the group’s tracks such as “Mamacita,” and they are currently working on their second album.

Friends and supporters of all the groups could be seen and heard throughout the evening. Recent UGA graduate Zulieme Lacsamana, 22, came to the Foundry to see her friends play.

“We actually know one of the bands performing here, Willie Pearl, so [we are] supporting friends,” Lacsamana said.

Other attendees came from outside of Athens specifically for AthFest. David Vandewater, 37, from Anderson, South Carolina came primarily to see Willie Pearl.

“I was really impressed with the lead singer’s guitar work, he’s a pretty versatile kind of guy to be able to sing like that but also play lead and then jump in and hold the rhythm down,” Vandewater said.

Physical support was also visible for several acts, with Ashley Walls having a merchandise table set up next to the stage and The Tuten Brothers unrolling a banner before they began playing.

The acts also supported each other; when Waddell had technical difficulties, Walls loaned Waddell her guitar so Waddell could finish out the set.

Third in the lineup was Ashley Walls, a singer-songwriter and University of Georgia student. Walls’ songs ranged in topics from the moody track “Wild Child,” to the more somber “Fly Away” and the upbeat “Pink Guitar.”

Walls also introduced her newest song — released that night — called “Kids of the Dirty South,” which she said had a “Santana vibe.” Walls’ songs energized the crowd as they clapped and sang along, continuing to raise the energy throughout the night.

The Foundry produced a relaxed environment, with people mostly sitting at tables or up in the balcony while servers moved quietly between tables serving food and drinks.

Toward the end of the evening, however, the final set of the night got people on their feet.

Rounding out the evening was the Tuten Brothers, consisting of brothers Walker and Sam Tuten. The group, which originally formed in Athens, played old favorites like “Why You Gotta” as well as newer tracks like “Time is a Song,” encouraging the audience to dance.

Even as the clock ticked past midnight, the energy of the crowd continued with each act that came on stage. The Country Music Showcase highlighted the music as well as the camaraderie between artists and the crowd.

Local band Deep State will be performing for the sixth time in the AthFest Club Crawl this weekend.

In preparation for the festival, Deep State’s singer and guitarist Taylor Chmura talked to the Red & Black about the band’s inspiration for its newest album, “THE PATH TO OBLIVION,” and how it feels to be back at AthFest once again.

N1KI is one AthFest performance you don't want to miss

From the moment Niki Neiconi walks into the room, she’s all smiles.

Neiconi has been to AthFest every year since she started school at the University of Georgia in 2016, but this weekend will be different. For the first time, Neiconi will be performing at AthFest under her stage name N1KI with her band.

The Foundry saw plenty of smiles and impromptu dancing as folks of all ages twirled around and tapped their feet to the americana, folk-country and bluegrass music that filled the air during the 11th annual Classic City American Country Music Festival.

Rick Poss thought the DJs might just be playing for the bartenders on Monday night. Instead, a large crowd of young, cowboy boot-clad country lovers packed out the Georgia Theatre rooftop to sing along to their favorite throwback songs from the ’90s.

9 concerts to look forward to this fall

The Athens music scene can be a bit intimidating to navigate with all the upcoming shows this season. This fall there are a few big concerts — from genres like dream pop and indie rock — lined up for every type of music lover. Here are nine notable shows you won’t want to miss.