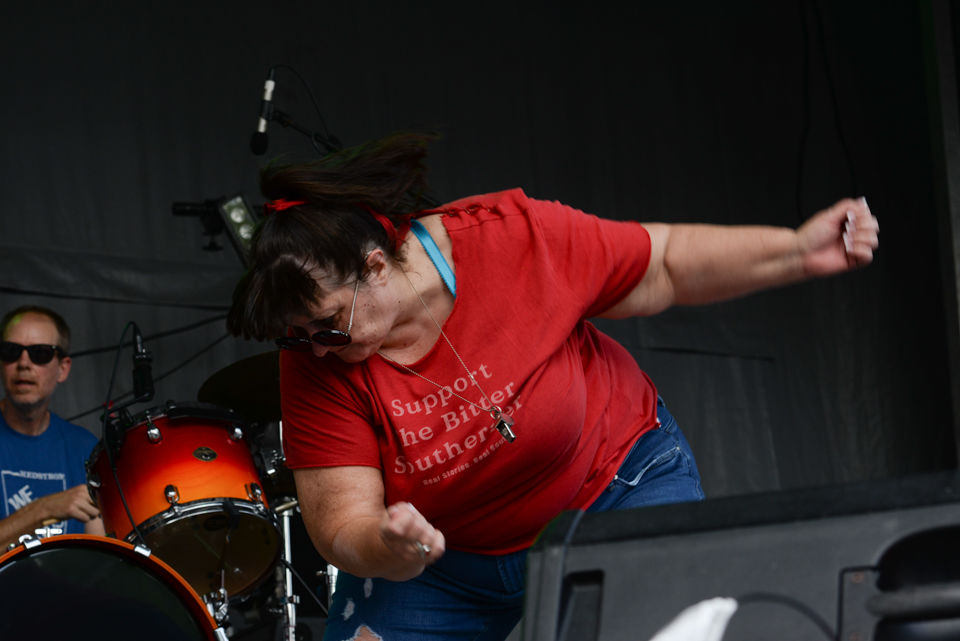 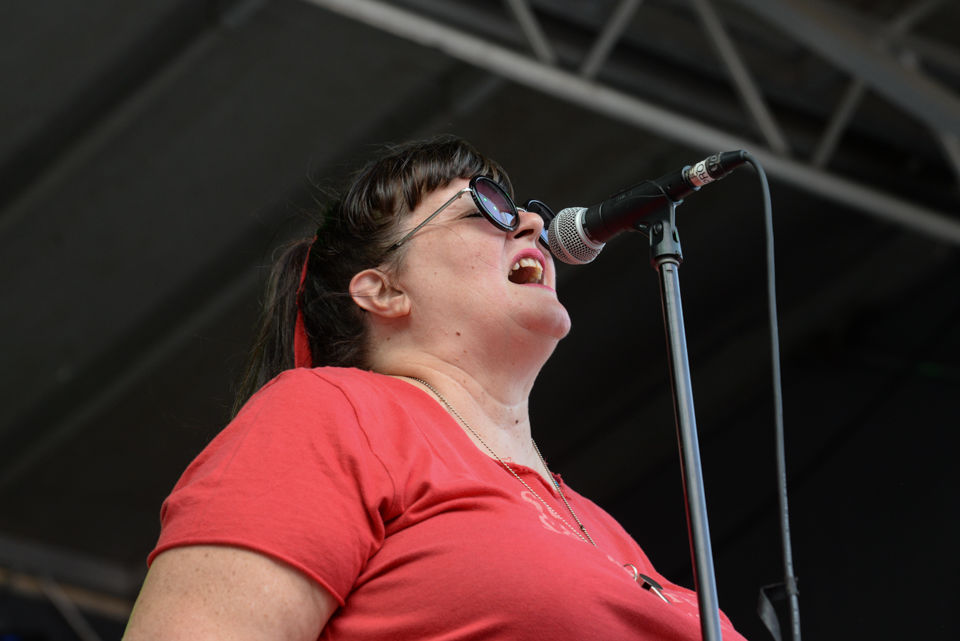 The band drew a noticeably older crowd, which may be due to the history behind PRS. PRS is a relatively new band, but it is closely related to a beloved 1980s band from Athens named Pylon.

In 2014, Vanessa Briscoe Hay, the lead singer of Pylon, started PRS to carry on Pylon’s memory. Many fans from the 1980s still remember the band’s lyrics and sang along at the show.

However, this is not to say that younger audience members did not enjoy PRS’s performance. To the contrary — many younger listeners could be seen dancing and cheering after a few songs.

Throughout the concert, the band maintained a fun and affable atmosphere. The band members’ chemistry with each other was palpable.

Guitarist Jason NeSmith danced and made train conductor arm motions during one of the songs. He also wore a Producers shirt in a welcome show of support for the following act.

Bassist Kay Stanton happily jumped around during songs, and she and NeSmith at one point leaned into each other back-to-back. At the end of the show, the band members took time to hug and fist bump one another.

“I like this band, and I love y’all,” Hay said to the crowd.

With their lively performance, PRS definitely won itself some new fans. Derrick Alvarez, a sophomore Social Work major at the University of Georgia, is among its new followers. He had never heard of Pylon or PRS before the show but enjoyed the performance, likening it to R.E.M., another famous Athens band.

“They were good,” Alvarez said. “They had a nice, old classic rock vibe.”

PRS ended their show on the Southern Brewing Company Mainstage at a few minutes after 5 p.m., making it one of the last handful of acts to perform in this year’s AthFest.

Dreams So Real greeted a relaxed yet happy crowd on Sunday night as they closed out AthFest 2019 with age jokes, pop jams and old school rock ‘n’ roll.

The third and final day of the 23rd AthFest Music and Arts Festival was a hot one, literally. Sunday was the warmest day of the weekend, reaching 90 degrees, as the sun beat down on festival goers.

When the band Daisy’s showtime approached on Sunday afternoon, the equipment on the Hull Street stage was being covered rather than set-up. The band members stood just outside of the beer garden tent, casting anxious looks at the ominous, dark grey clouds making their way over downtown Athens.

Music wasn’t the only thing flooding the streets of AthFest as several talented artisans set up shop in white tents to offer their art, jewelry, clothes and even soy candles. Behind the scenes, these artisans — some new, some old, some Athenians, some foreigners — spent hours upon hours in preparation for the festivities.