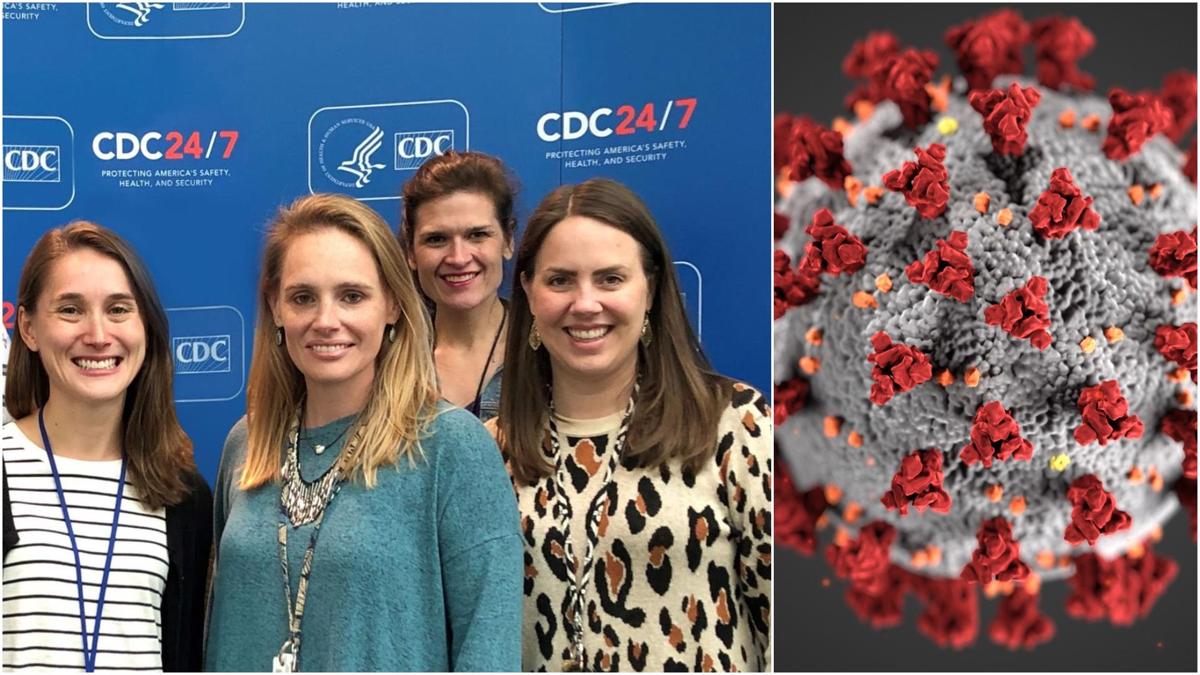 Alissa Eckert stands in the middle of other University of Georgia alumni who work as scientific illustrators for the Centers for Disease Control and Prevention. (Courtesy/Alissa Eckert) 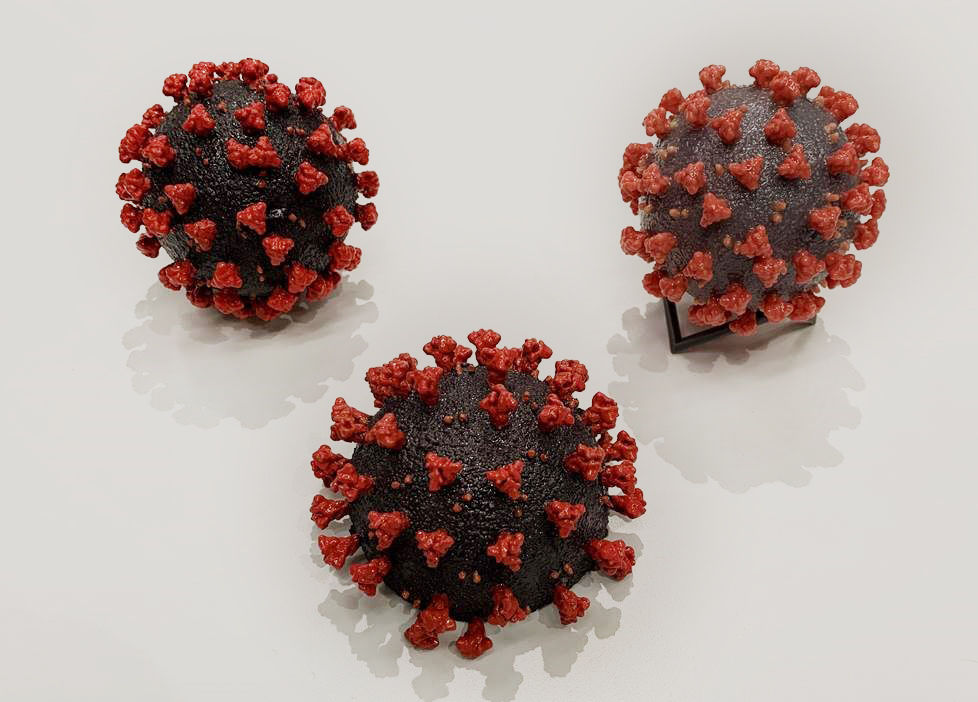 Alissa Eckert has spent the last few weeks at home. She’s been helping her kindergartener and third-grader stay on top of online schoolwork, while spending long hours in front of the computer. Her shelter-in-place lifestyle sounds almost ordinary.

Eckert, however, plays a much larger role in the pandemic. A medical illustrator for the Centers for Disease Control and Prevention, Eckert is one of two artists and University of Georgia alums responsible for the CDC’s ubiquitous illustrations of COVID-19.

Eckert wasn’t born dreaming of being a scientific illustrator. For her first three years of college, she attended Kennesaw State University with hopes to go to veterinary school. She was a biology student but always took art classes for fun, although she wasn’t intending to do art professionally, Eckert said.

Eckert transferred to the Lamar Dodd School of Art during her fourth year of her undergraduate study to join what Wright described as “a really outstanding class” of scientific illustration students. Wright remembered some of Eckert’s early work, calling her an “excellent illustrator.”

Although she started the program a few years into her college career, Eckert said she didn’t regret switching her field of study. Her extra biology classes have helped her with her work, she said.

Eckert started working at the CDC in 2006, where she works as a medical illustrator in the Division of Communication Services. Eckert works with other Lamar Dodd alumni, including Dan Higgins, her partner in creating the coronavirus illustration.

She and Higgins have worked together for 14 years and have learned how to “streamline [their] process” over time, Eckert said. When the illustrators were assigned to illustrate the novel coronavirus on Jan. 21, they “knew how to divide and conquer,” Eckert said.

“It was definitely more of a fast-paced, exciting, intense high-pressure project,” she said.

Despite the added pressure, Eckert said she especially enjoyed the second half of the project, where she could get her hands dirty and make the image come to life. She said she knew the illustration would need a serious tone, which prompted her to use the bold reds, oranges and grays.

While illustrating the coronavirus, Eckert and Higgins didn’t know their work would be distributed so widely. Going into the project, Eckert thought it would only appear on cable news and social media. Then it started showing up everywhere.

Eckert said friends in the Netherlands sent her pictures of the illustration on their television, and that it’s “surreal” to see how widespread her work has become.

Glen Nowak is the director of the Grady College Center for Health and Risk Communication. Previously, he worked for the CDC as a director of both media relations and communications. In his 14 years at the CDC, however, Nowak said they never had one visual used so widely.

“We did occasionally have visuals of the flu viruses, and sometimes you did see flu viruses in the media, but nothing like we're seeing today,” he said.

Eckert said there’s never been a time when she has received so many interview requests, or any interview requests, for that matter. The reason she continues to talk about her work is to educate people on the field of scientific illustration. She noted feeling a sense of pride whenever she sees her work on a television program or news feed.

“If we're not scientists, if we're not doctors, we probably won't accurately imagine a concept or an idea,” Nowak said.

When production came to a screeching halt after news of COVID-19 broke, Chispa House decided it needed to figure out a way to continue to pay creatives and entertain the self-quarantined.

How UGA researchers are tackling COVID-19

University of Georgia researchers are working to combat the spread of COVID-19 through testing and research.