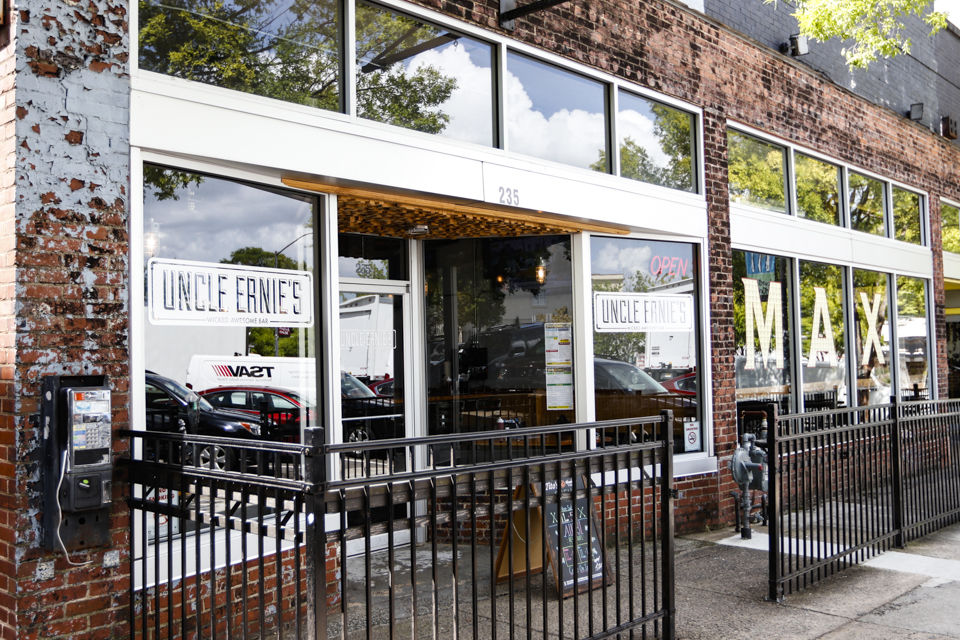 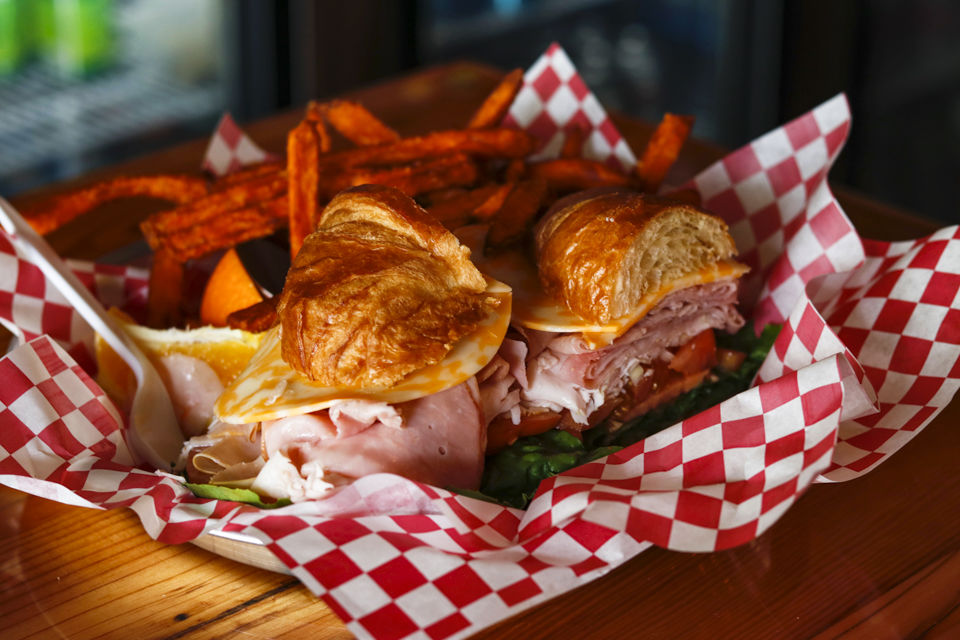 The MBA sandwich sits on the bar at Uncle Ernie's Pub n' Grub in Athens, Georgia, on Thursday, Aug. 22, 2019. All sandwiches are $10 or under and served Boston style with a large meat to bread ratio. (Photo/Taylor Gerlach)

Out of family traditions and signature sandwiches, Uncle Ernie’s Pub n’ Grub was born. The new, locally-owned sandwich shop and bar in downtown Athens boasts a welcoming atmosphere where customers can dine for under $10.

Located at 235 W. Washington St., Uncle Ernie’s has been in “soft opening” since the AthFest Music & Arts Festival this summer, only open during limited hours.

Battinelli and his staff will plan the grand opening of Uncle Ernie’s for Aug. 31, the day of Georgia’s opening football game at Vanderbilt in Nashville.

Runs in the family

Battinelli was born in Winchester, Massachusetts, but moved to Athens with his family in 1994. That year, his father, Ernest Battinelli, opened his first sandwich shop in downtown Athens — the Clayton Street Deli. The building has since been torn down and a parking deck now stands in its place.

On top of serving great food, Battinelli remembers how his dad provided a welcoming and comforting atmosphere for every customer who visited.

“After a while, people just started calling him Uncle Ernie,” Battinelli said. “So he just let it fly.”

Since the restaurant closed about 15 years ago, Battinelli and his father have worked together in catering. Along the way, Ernie had groomed his son to open a business of his own, Battinelli said. The duo started discussing the idea of opening a new restaurant similar to the old Clayton Street Deli about four years ago, but with Battinelli’s own personal twist.

Several large and small TVs are mounted around the restaurant. Exposed-brick walls make up the interior,

decorated with an array of collegiate flags. The restaurant even showcases a piece of Athens history — the tabletops and the bartop were produced with reclaimed wood from the rafters of a 1930s Greyhound bus station, Battinelli said.

In naming his new restaurant Uncle Ernie’s Pub n’ Grub, Battinelli decided to stick with the spirit of his father’s sandwich shop. Plus, most of the sandwich recipes come from the 1994 menu his father originally put together.

“My dad taught me how to make a sandwich and I think he’s the best sandwich maker in the world,” Battinelli said.

What’s on the menu?

Most sandwiches are served cold but there are also various wraps, hot sandwiches, specialty sandwiches, burgers, Reubens, quesadillas, veggie options and salads. Everything includes a side and a drink.

The $10 Junkman is featured as one of the restaurant’s signature sandwiches and boasts a combination of sliced turkey, ham, roast beef, bacon and the customer’s choice of cheese.

Another favorite is the $9 C.R.A.C. Wrap, which has chicken, ranch, avocado, cheddar cheese and lettuce. Although meant as a joke, Battinelli said, the wrap has been true to its name, popular among customers.

Andrew Gross, Uncle Ernie’s director of operations, said his favorite menu item is the Italian sub because of its massive meat-to-bread ratio.

Battinelli is considering hosting theme nights, such as a Star Wars night where customers could dress up and order red and green drinks. Movies could be played on all the TVs with the surround sound cranked up.

Gross, who previously spent nearly a decade working for Chick-fil-A, believes on top of being served great food, consistently quick and friendly service is what will separate Uncle Ernie’s from other restaurants.

“Even though we’re just starting off, we’re wanting to build something really big from this, and we think we have the potential to do that,” Gross said.

Athens has Battinelli’s heart and soul, he said, and everything he has done in creating his restaurant has been an effort to reflect that spirit, and his love for the city.

Just peachy: Three Athens chefs give their own twist to the state fruit

French fries have been a staple in American culture since the early 1900s. If you’re new to Athens or just looking for some delicious French fried potatoes, you’re in luck.

Here are five restaurants in Athens that all have worthy fries  to satisfy your cravings .

Love is in the air for some Bulldogs as a new year at the University of Georgia begins once again. For those trying to couple up for the impending fall months and the Instagram-worthy football season photos, try taking your date to one of these iconic Athens hot spots.

Widespread interest in, marketing of and engagement with the wellness industry can often make the priorities and practices of physical health …

Moonlight Theater Company came to Athens around eight months ago, and since its founding, has relentlessly pursued creating a thriving theater…

On the eve of Labor Day weekend this year, many Athenians of all ages poured into the Georgia Theatre to hear former American Idol runner up, …

Plant-based burgers: Good for the planet, bad for the body

Every year vegetarian and vegan diets are becoming more and more mainstream. As this plant-based movement grows, the motive behind these dieta…

The University of Georgia is home to only two Asian-interest sororities — but that could change soon.