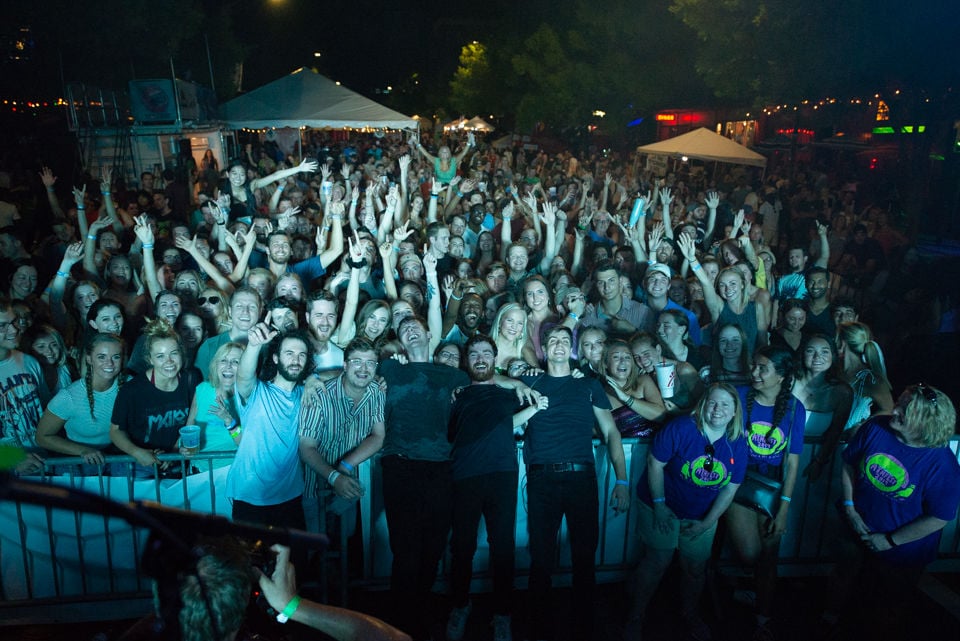 Walden poses with fans after completing their set at the 23rd AthFest Music and Arts Festival on Jun. 21, 2019 in downtown Athens, Georgia. Walden closed out the night. (Photo/Julian Alexander) 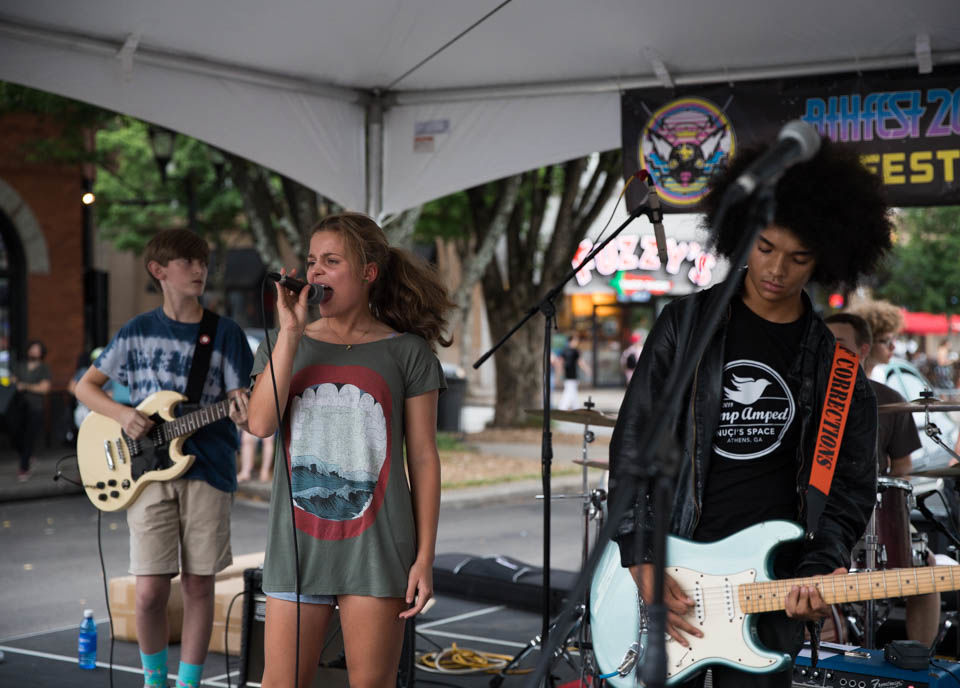 The Vultures perform on the KidFest stage during the 22nd annual AthFest in Athens, Georgia, on Friday, June 22, 2018. (Photo/Reynolds Rogers) 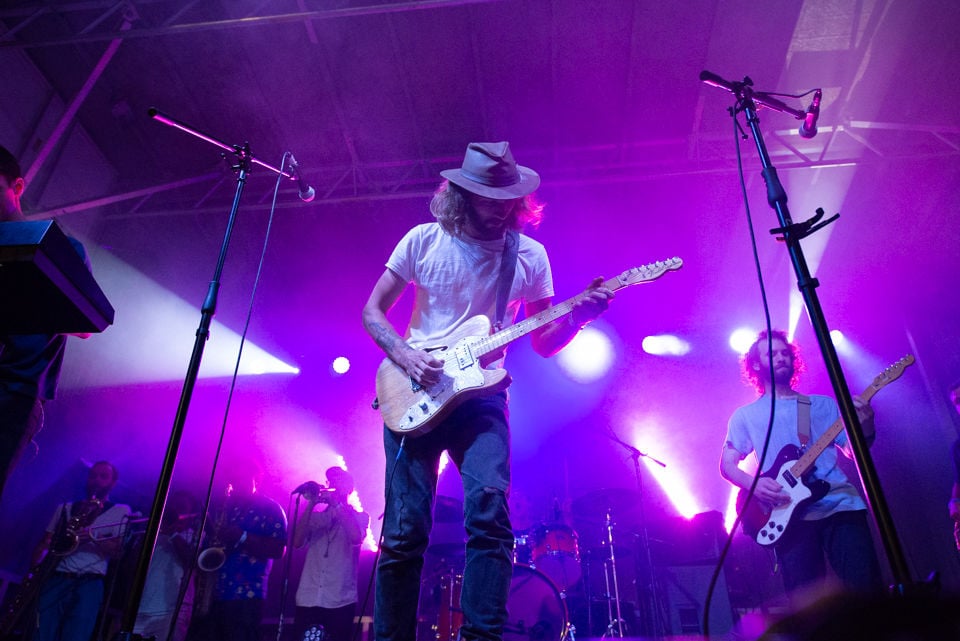 Walden in concert with special guests during the 23rd AthFest Music and Arts Festival on Jun. 21, 2019 in downtown Athens, Georgia. Walden closed out the night. (Photo/Julian Alexander) 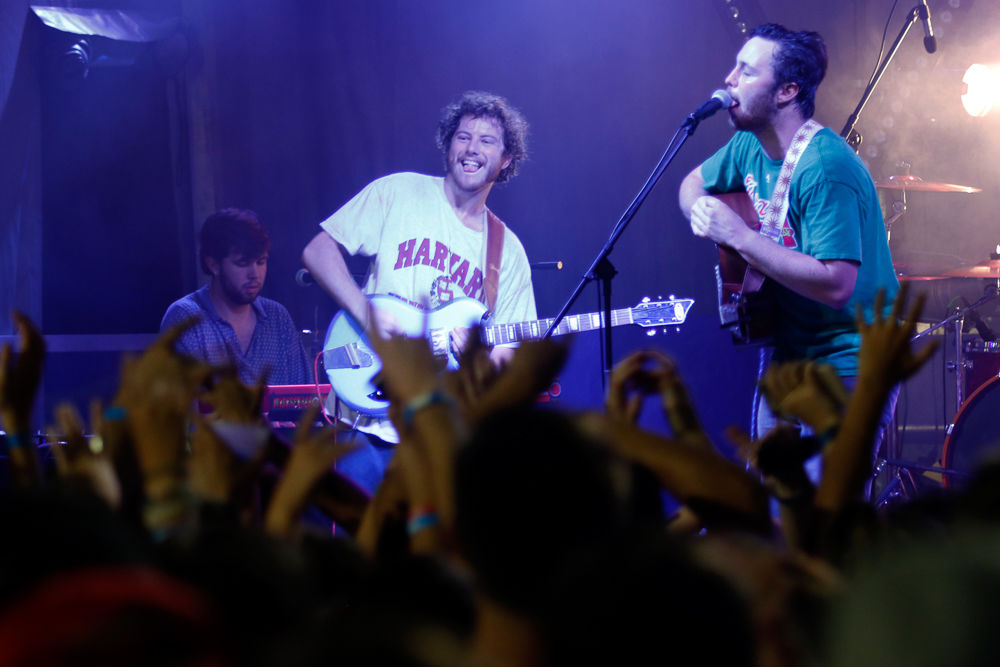 Toward the end of March, AthFest Educates made the disheartening announcement that AthFest Music and Arts Festival would be canceled for the first time in 23 years due to financial concerns.

Janine Sheedy, AthFest Educates program committee champion, was part of the board meeting in which the decision to cancel was made.

“It was right after the shelter-in-place orders went out, and it was a phone meeting,” Sheedy said. “Making that vote was the saddest that I’ve heard my colleagues, really ever.”

PHOTOS: An Athens summer without AthFest

Initially, AthFest was created as a way to bring people into town for the summer and showcase music and public art in the community. Over the years, it morphed into a grant-funding organization for teachers, nonprofits and government organizations in the community to implement music and arts programs for children in grade school, Sheedy said.

Last year, AthFest Educates put on a successful festival and half marathon — the AthHalf in October — so they have “got a buffer” for the grant funds, Sheedy said.

Over the last eight to 10 years, AthFest Educates has donated $414,000 to teachers, nonprofits and government programs, Sheedy said. The AthFest Music and Arts Festival has a $400,000 impact for businesses, she said.

Sheedy’s favorite part of the festival is KidFest and the UpNext stage. There have been a few bands who performed in the festival as young teenagers and have since developed successful music careers. Sheedy thinks watching the progression of those bands is exciting because she’s seeing “the next generation of music in Athens,” she said.

Last year, Walden and AFTM were headlining acts at AthFest. Walden has performed four times at the festival, but 2019 was the first year they headlined. Andrew Mendel, drummer for Walden, said he remembers going to Athfest as a spectator and thinking about how cool it would be to perform at the festival.

Mendel said he enjoys AthFest because summers in Athens have a fun atmosphere, and everyone at the festival is drinking and having a good time.

“It’s like a family affair,” Mendel said. “After the set we got off stage and we’re hugging people and saying hi to people. It was a good jumpstart for us.”

When AFTM performed at AthFest for the first time in 2018, the band hadn’t performed at the Georgia Theatre or the 40 Watt Club. Over the course of the next year, the band completely blew up, and they were chosen to be one of the headliners for the 2019 festival, AFTM vocalist and guitarist Forrest Whitlark said.

Kelly Bouchillon, guitarist for AFTM, said AthFest differs from playing somewhere like the Georgia Theatre because at the Theatre bands are playing for people who bought tickets just to see them. At AthFest, bands are able to play for people who didn’t buy tickets for one specific band, so it’s a great opportunity for exposure, he said.

Bouchillon said he likes that AthFest brings people in the community together because he likes to see all the local acts out and about at the same time.

“It’s like a big testimony to the Athens music scene, just all together at one place at one time,” Whitlark said. “It’s fun to be able to see your buddies playing and then also be a part of it.”

Whitlark said the cancellation of this year’s festival was “another bruise in the COVID[-19] music industry battle,” especially for smaller bands who are currently where AFTM was in 2018.

When the board of AthFest Educates had to make the decision to cancel the festival, Sheedy said the board was concerned for musicians and service industry workers who would lose out on the income AthFest drew into town. So, in the same board meeting, members voted to donate $10,000 to the Garrie Vereen Memorial Emergency Relief Fund at Nuçi’s Space, which provided some emergency funding to those groups.

Like many others, Mendel is sad the festival couldn’t take place this year, but he is very hopeful for its strong return next year.

AthFest Music & Arts Festival took over downtown Athens every June for 23 years. For the…

First installment of Music Walk of Fame to be completed Wednesday

After a year of planning and some installation delays due to COVID-19, the Athens Music Walk of Fame will see the completion of its first installment on Sept. 2.