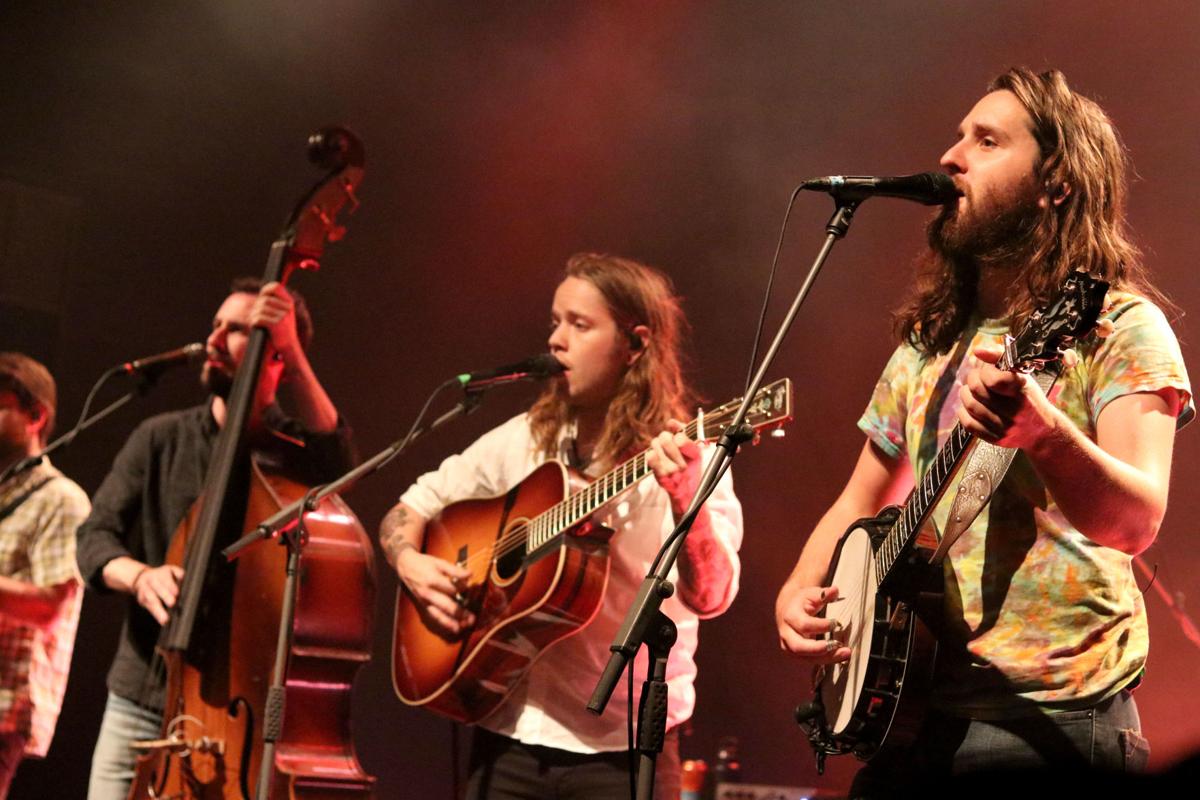 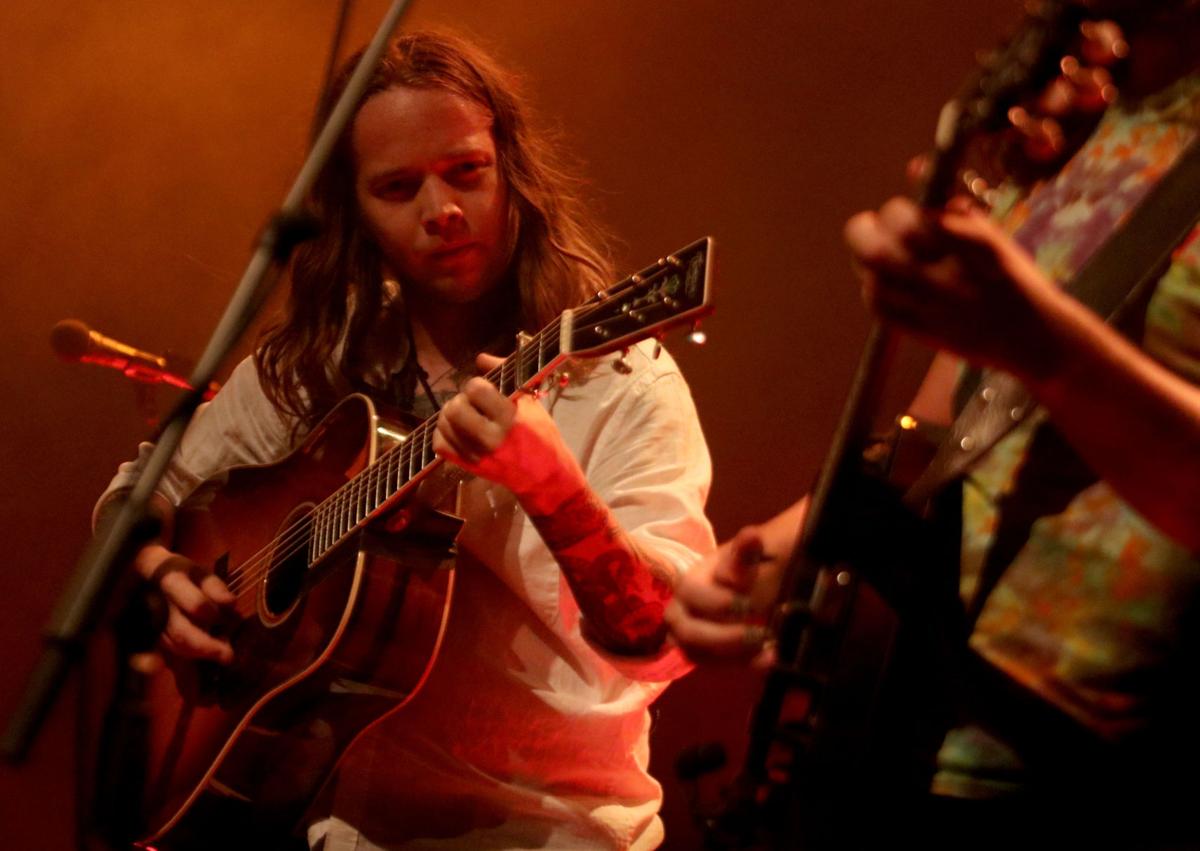 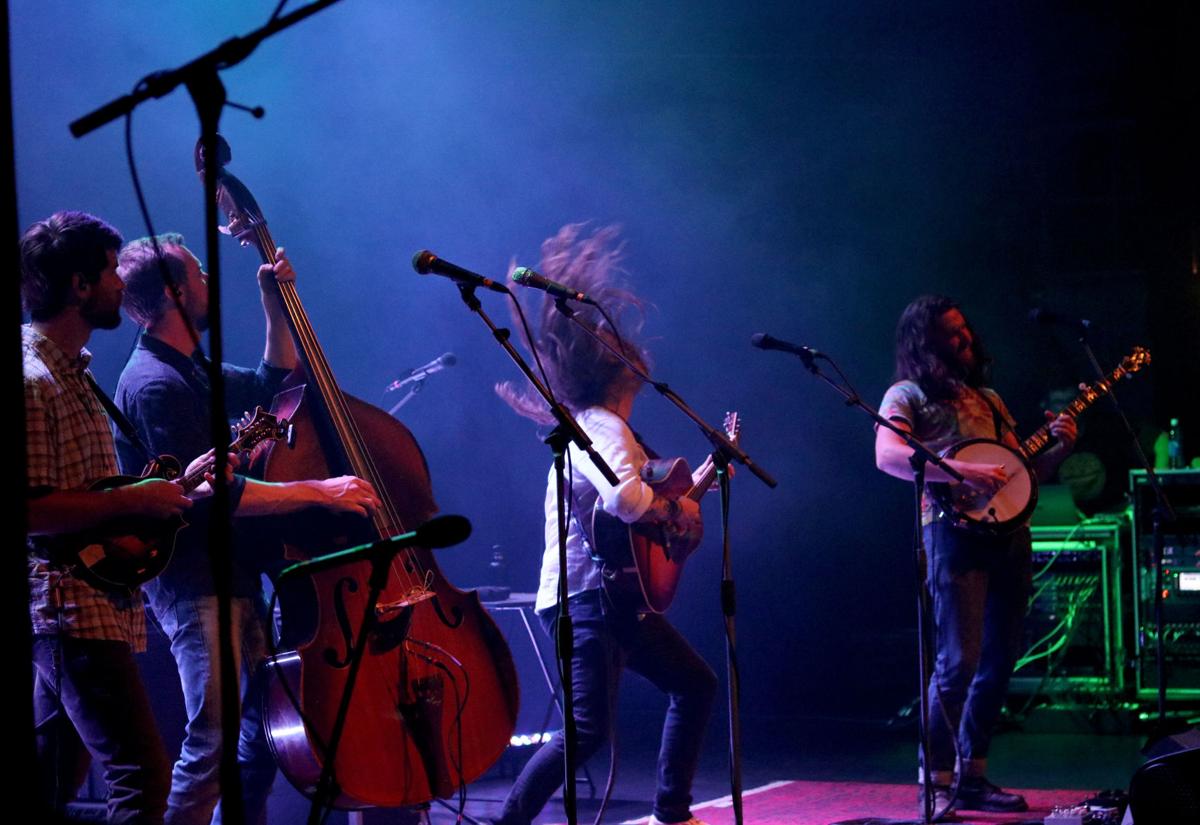 An acoustic guitar is usually a staple of a mellow show, but Billy Strings shredded bluegrass tunes into his acoustic Saturday night with the hair-flipping energy of a rock star.

Just looking at the four members of the bluegrass jam band at the Georgia Theatre, it could have been a completely different night. The musicians stood in a line on a thin, red carpet, cradling a banjo, acoustic guitar, upright bass and mandolin. There was no special lighting or stage decorations, just the band members and their instruments.

But really, that’s all they needed.

The minute Billy Strings and the band got on stage, they rocked the sold-out crowd on Sept. 7, guiding the audience with fast-flying fingers on the four string instruments.

It’s difficult to even describe the show as a set of songs. The packed crowd would sing along to the lyrics when Billy Strings started a song, but then the band would break open the song in the middle, dissolving the words and putting all their energy into plucking and strumming their instruments.

They would play long enough jams that it was easy to forget the tunes started with lyrics, until the band members eyed each other and brought the audience back into familiar territory. The end of these digressions was always met with whoops of appreciation at the skill in which the band played their instruments.

The Nashville-based four piece is touring the country right now, and going to one of these shows is the only way fans can truly get a sense of the band’s best feature: improvised bluegrass jamming.

The studio albums on Spotify do not do justice to the true skill of the band members, and the streaming site has no live albums on it. Audience members recorded long swaths of 10-minute-plus jams, possibly to relisten to the energy that the musicians put into each improvisation.

It wasn’t the songs the audience knew that kept them entranced. It was the winding roads of bluegrass that the band members explored with their instruments -- playing so quickly it almost made you tired just listening. Each jam was a new path.

Jarrod Walker on mandolin successfully led the band on many of these paths, focused coolly on his instrument. Lead guitarist and singer Billy Strings watched Walker’s hands as he played, fitting guitar music into the spotlight Walker created for himself with the mandolin.

When Strings took the spotlight, his entire face contorted with the music. It was like he was a part of his guitar and each strum affected him in a different way. And when the jams picked up, he headbanged to the tunes and his shoulder-length hair went flying. Though it didn’t seem like acoustic instruments matched that type of performance, there was no denying the energy and the movement the band caused. Besides, this bluegrass jam band wasn’t one that fit in stereotypes.

Billy Strings brought out an audience of tie dye-clad hippies and cowboy hat country fans. From college aged to old aged, the band was at an intersection that brought together all different crowds with one thing in common: Their love for the performance.

At the end of one particularly powerful jam session, the band took a breather and the crowd cheered for so long, the four musicians seemed dumbfounded. Throughout the show, they stayed just as high-energy as the performers, holding up beers, giving encouraging shouts and spinning bandanas in the air.

The band didn’t have an opener but instead played two sets, opening the second one with a cover of Widespread Panic’s “All Time Low,” which had the audience singing along. Billy Strings knew his audience and also played songs references Georgia and the Blue Ridge Mountains, which elicited some hometown pride approval.

Check out @billystrings ripping @widespreadpanichq tune “All Time Low” a new one at the @georgiatheatre in Athens Saturday night... Honored! BTW Billy’s got a killer new record coming out soon with a fresh single on the streaming services now. So check it! #feelsgood #widespreadpanic #billystrings #athensga 🎥 = @mattattack426

Billy Strings also played “Taking Water” from his new album “Home,” which is set to release Sept. 27. Billy Strings has sold-out shows across the country coming up and finished up two nights at Terminal West in Atlanta before rocking the crowd at the Georgia Theatre.

Despite modern culture forcing a widening gap between STEM and creative fields, a select gro…

It’s Saturday in Athens, folks. Whether you’re pregaming, or eating your way through gameday…

Q&A: Comedian Shane Mauss performances fuse into a fusion of TED talks and a stand-up act

Science at times is inaccessible to the layman, but comedy isn’t. Comedian and podcast host …

From Austin to Athens, indie rock band White Denim is bringing their funky, rock sound to a …

After three years in the making, hip-hop and electronic artist Kyle Corduroy released his album “Love Us” this past summer on July 21.

Hands In! bridges the gap between deaf and hearing communities through theater

When Amara Ede and Haley Beach Vaughn attended a dinner theater show by the Baptist Collegiate Ministries, they realized some members of the a…

Getting the last laugh: A look into Athens comedy scene

With the addition of a new comedy club and an increasing number of open-mic comedy shows, Athens is seeing a growth in its laugh industry.

Bigger than a band: Family and Friends discusses what it means to be a part of the fabric of the Athens music scene

For Family and Friends, being in a band is about more than just the music.

Lana Del Rey has emerged from her long awaited hibernation on Aug. 30, with a 14-song with an album appropriately named “Norman Fucking Rockwe…