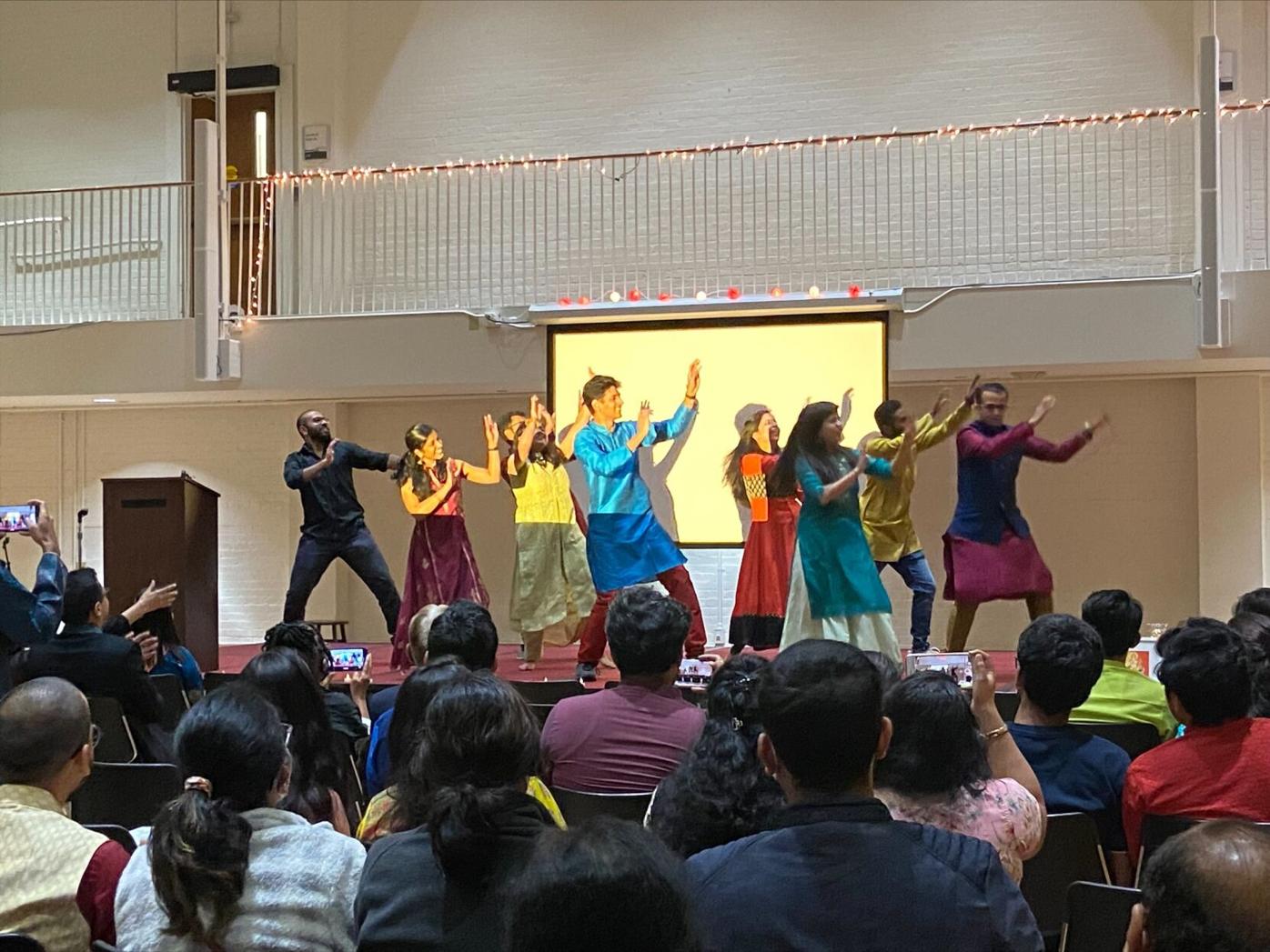 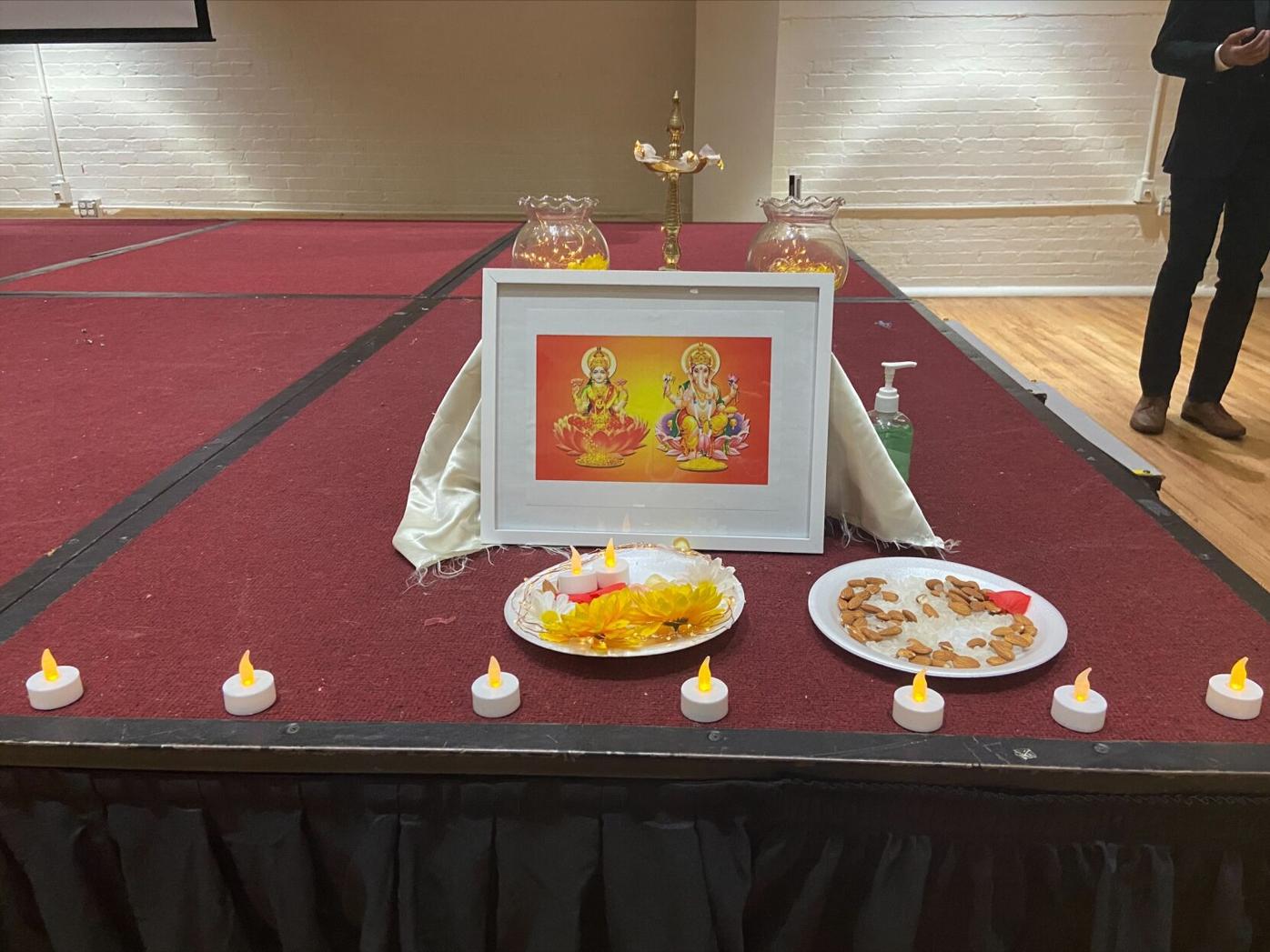 A picture of Ganesha and goddess Lakshmi is displayed. On Diwali, a ritual called Arti involves a plate that contains sweets and almonds as prasāda that after devoting to the board, is distributed to everyone as a blessing. (Photo/Sydney Bishop) 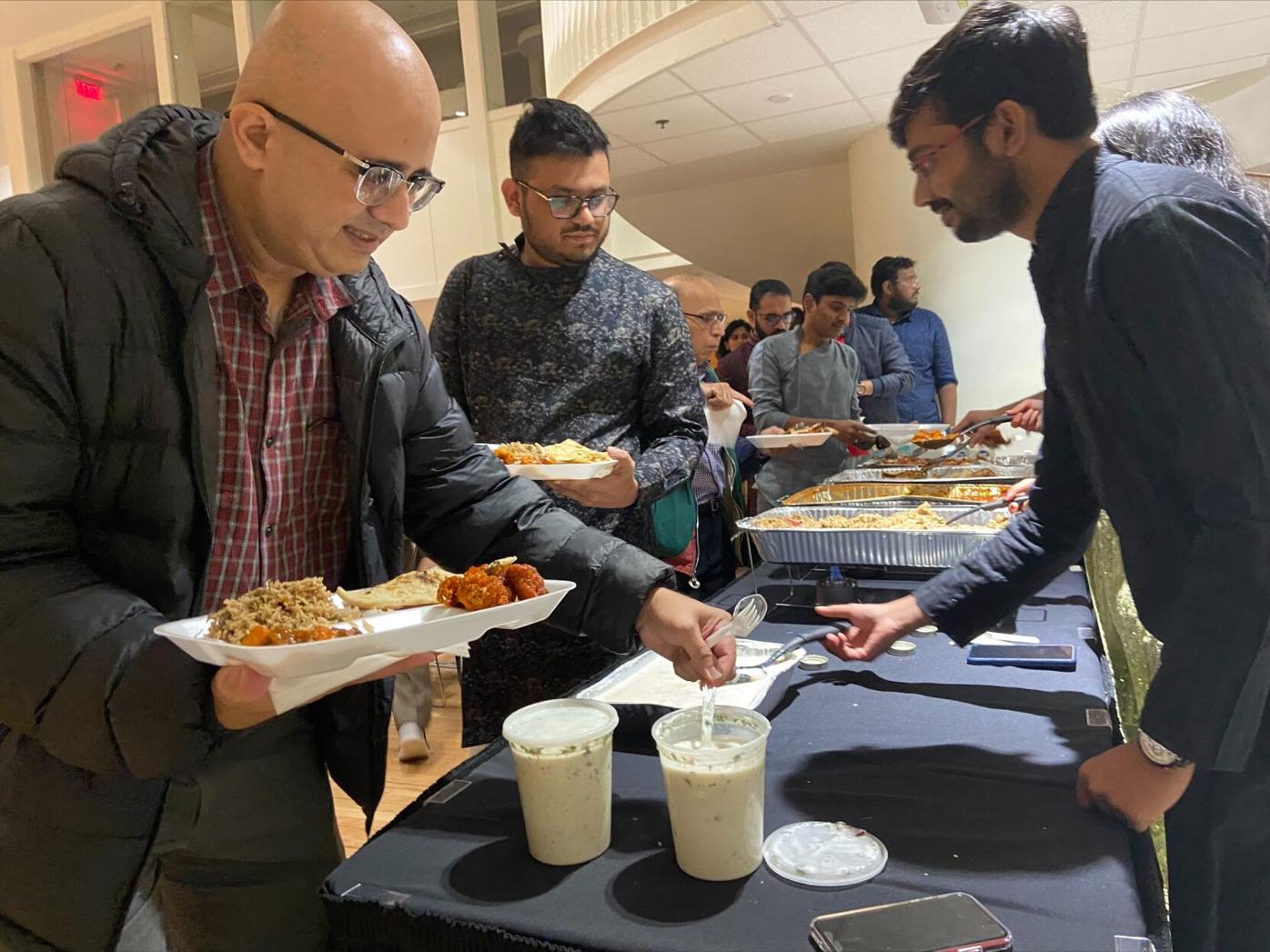 There was an assortment of food at Diwali Night with dishes such as gobi manchurian, kadai paneer, dal makhani, kheer, naan and vegetable palau being served. (Photo/Sydney Bishop) 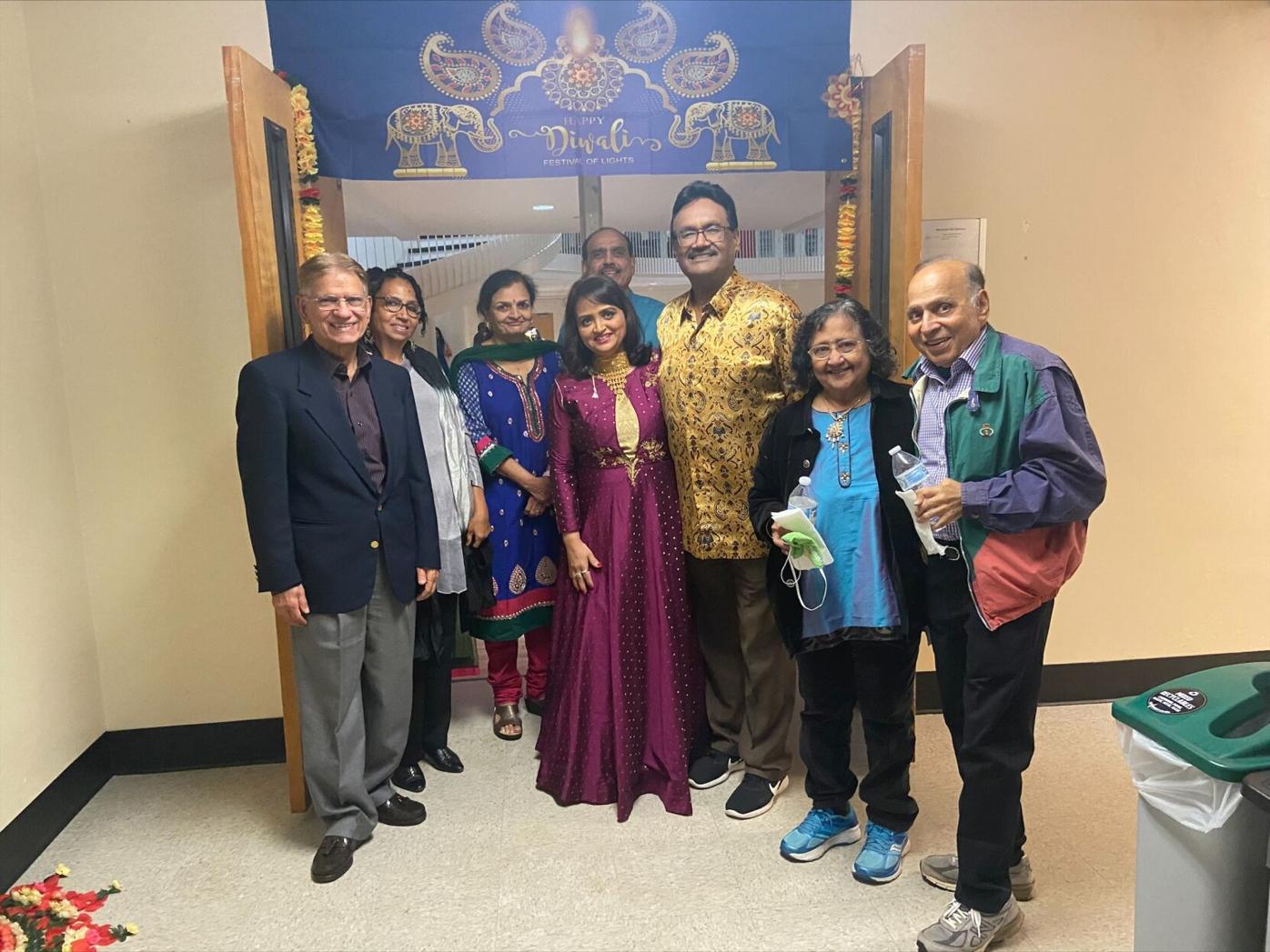 Members of Indian Association of Greater Athens (IAGA) attend the event on Oct. 29 in the Memorial Hall Ballroom. (Photo/Sydney Bishop)

Flashes of bright color and loud music were on display in the Memorial Hall Ballroom on the evening of Oct. 29 as the University of Georgia's Indian Student Association celebrated Diwali.

Diwali is a holiday that originated in India and is also referred to as a festival of lights. The holiday is celebrated by several religions, including Hinduism, Buddhism, Sikhism and Jainism, and therefore the meaning for each celebration varies. In Northern India, the holiday celebrates Lord Rama defeating Ravana and returning to his kingdom after exile. Across religions, the festival is exciting and hopeful as it seeks to inspire positive energy for the upcoming calendar year.

“The significance of Diwali is that even in the midst of darkness, the light will eventually prevail,” ISA President Shubhangi Rai said. “We celebrate the triumph of good over evil, knowledge over ignorance and hope over despair.”

Diwali Night included no shortage of entertainment and festivities. There were multiple acts who sang and danced, games, an audience Q&A and a full buffet style Indian dinner.

“It just brings joy in the light and brings back childhood memories from home,” Sunita Singh, one of the founding members of the Indian Association of Greater Athens said. “I think it’s just like holiday time and Christmas time. You hear those jingle bells, and [see] the snow, and you have Santa Claus and you just feel happy. It’s the same thing.”

Nagesh Veeravalli, a computer science graduate student, said ISA has helped to build a community for students away from home and helped him meet new people.

“You have an instant connection and you can share anything with [them] and they can relate to you,” Veeravalli said.

ISA Vice President Richa Bajaj said setting up Diwali Night is no easy feat. The event was prepared for weeks, with the organization obtaining decorations and retrieving food from an Indian restaurant in Atlanta.

Traditions to last a lifetime

The event would not be complete without all of the Diwali traditions, which members recognize as some of the most significant parts of Diwali.

“I like making rangolis. Rangoli is a traditional design we make on the floor using rice,” Rai said. “We make colorful designs on the floor and we light lamps which are called diyas and that’s my favorite tradition. We also burst [fire]crackers.”

Singh remembered this tradition from her childhood.

“We lived in the balcony and we would light up the candles all around and all the crackers and everything,” Singh said. “I love that part and also just getting to wear new clothes.”

The ISA’s Diwali Night was a true success enjoyed by all. Tickets were sold for $17 as an early bird special until October 20th and $19 from then on. ISA members were allowed free entry.

Diwali is one of ISA’s biggest events of the year and as Bajaj said, “It means home.”

On Thursday night, the Black Affairs Council at the University of Georgia held their annual Cafe Soul event.Performances included the singing of original and covered music, a saxophone player, a poet, individual dancers and a step dance group.

Athens is home to an abundant population of immigrants from different backgrounds who contribute to the community, but many face challenges in their daily lives. Some organizations have stepped up to help.

What to know about All Saints’ Day

All Saints Day, or All Hallows Day, is a Christian solemnity created as a time to celebrate all saints, known and unknown.

Diwali: Everything you need to know about the Hindu light festival

On Thursday, Nov. 4, millions of Hindus will gather to celebrate one of India’s biggest holidays of the year — Diwali, a five day festival of lights.