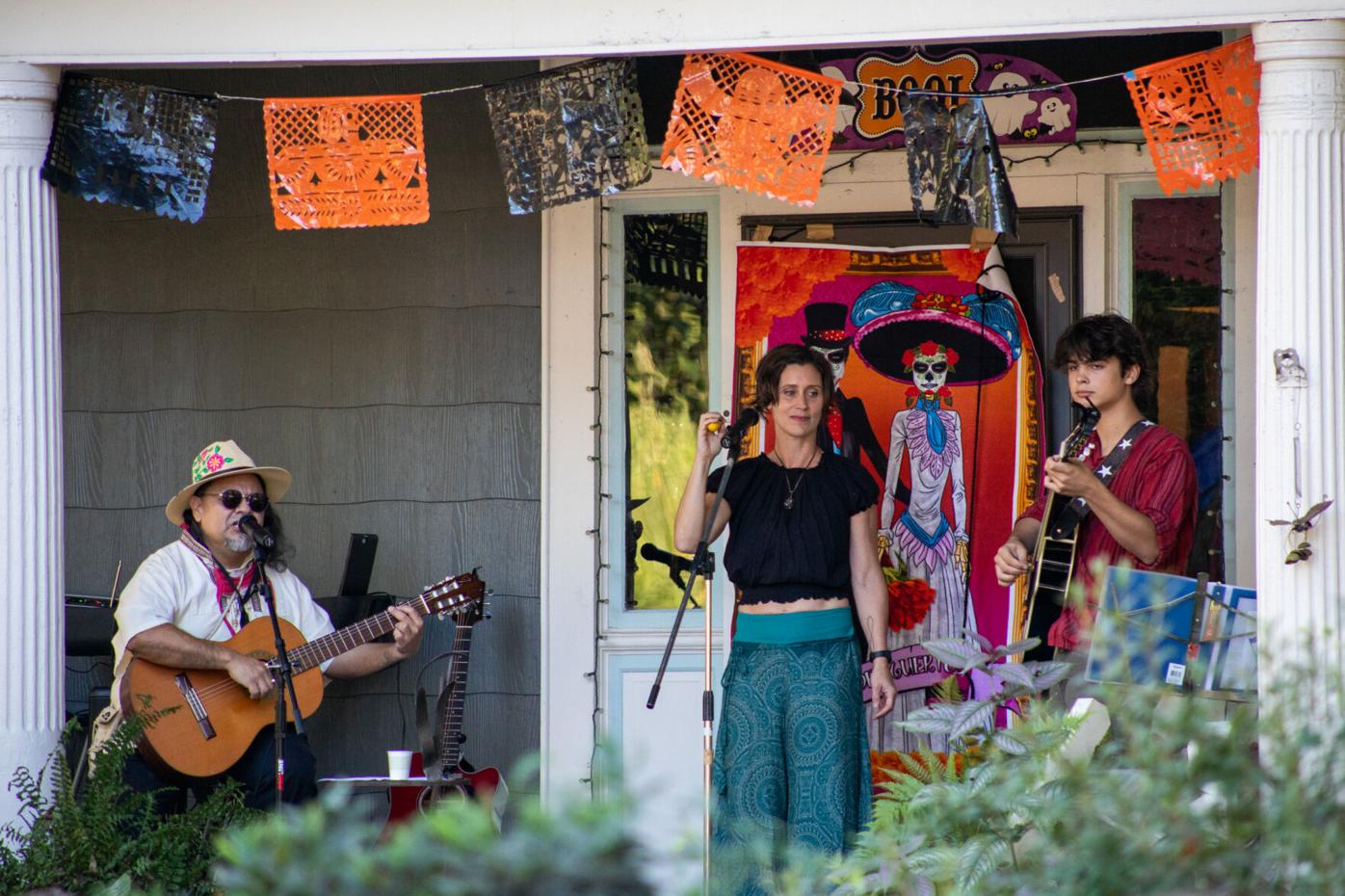 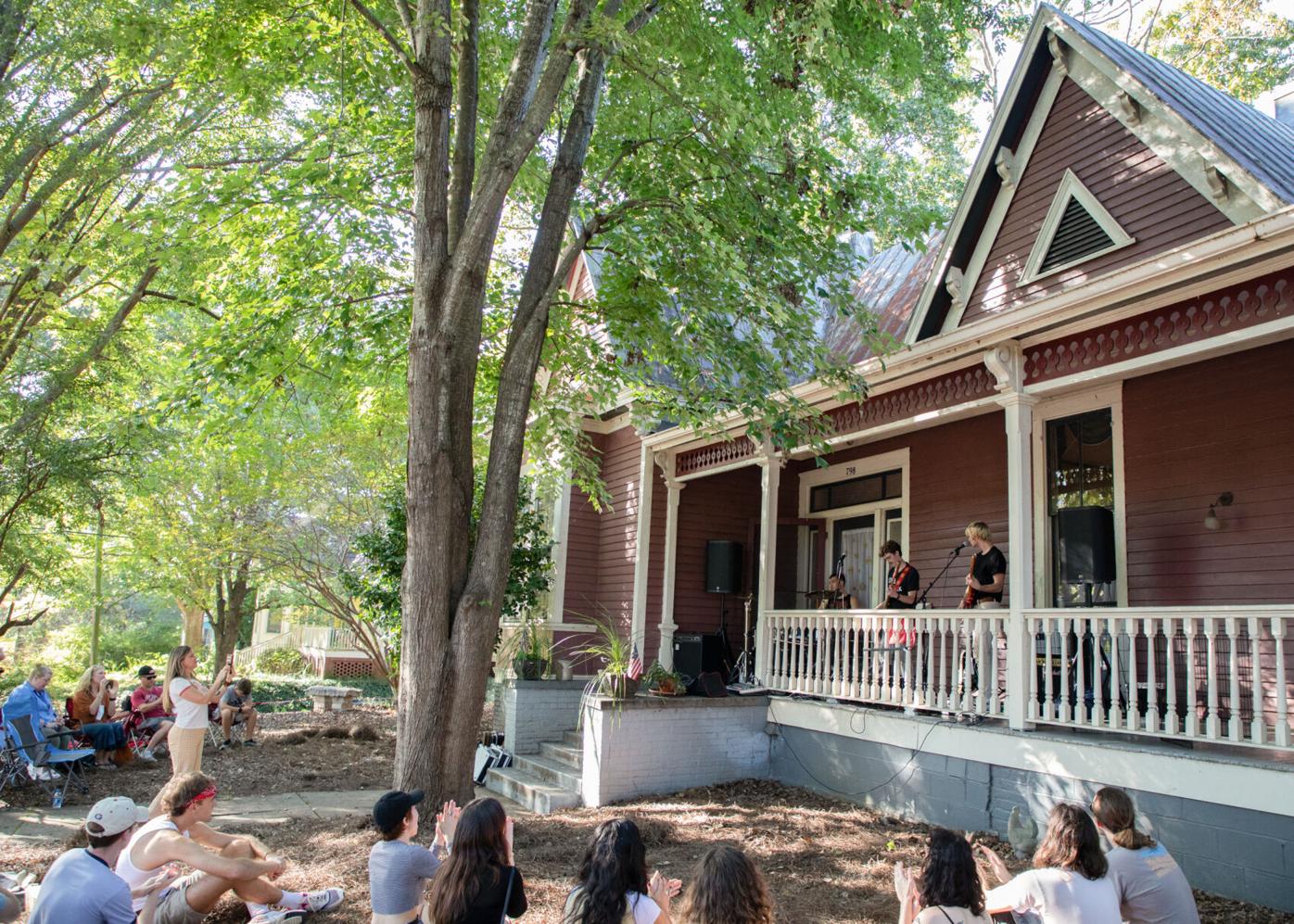 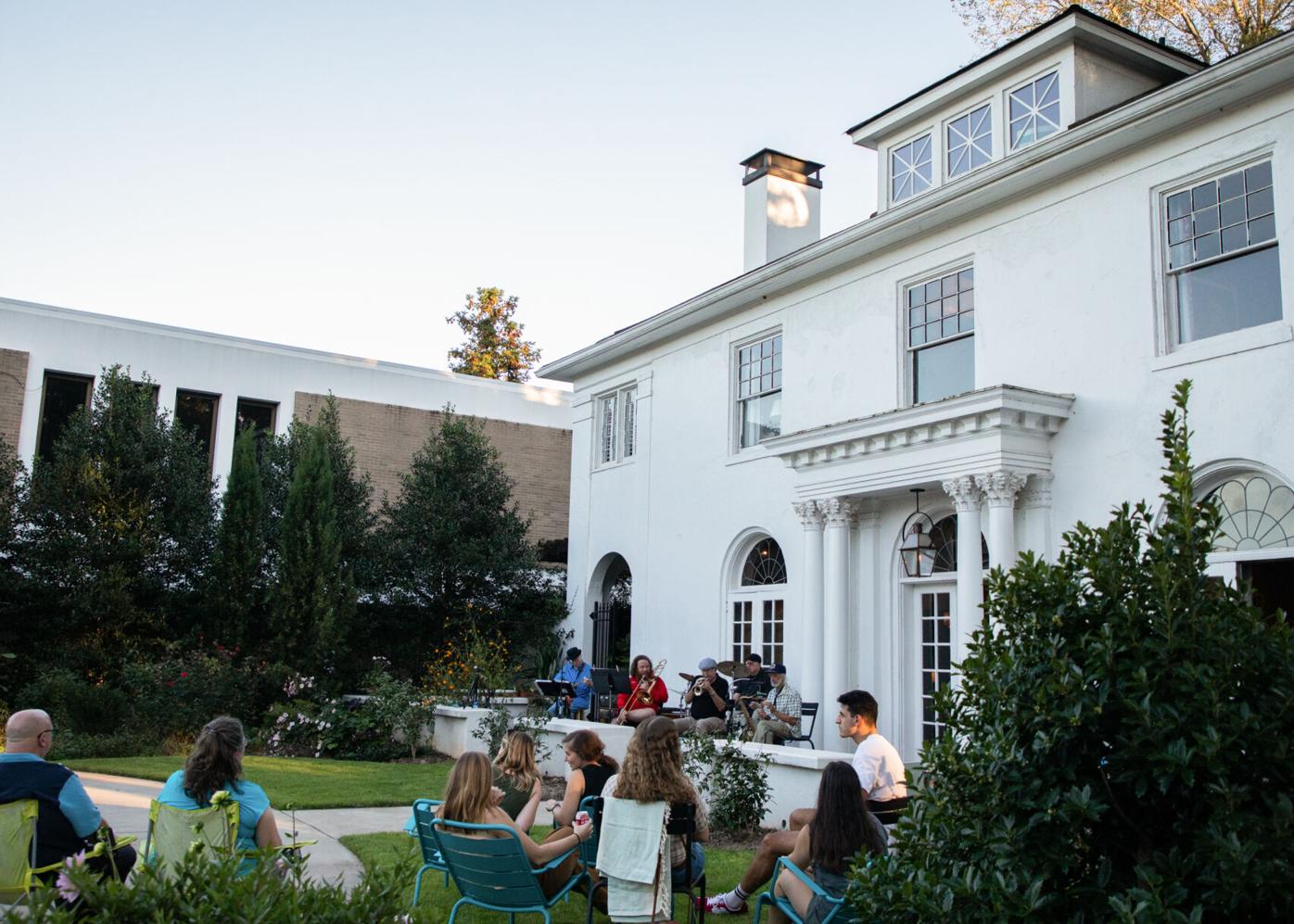 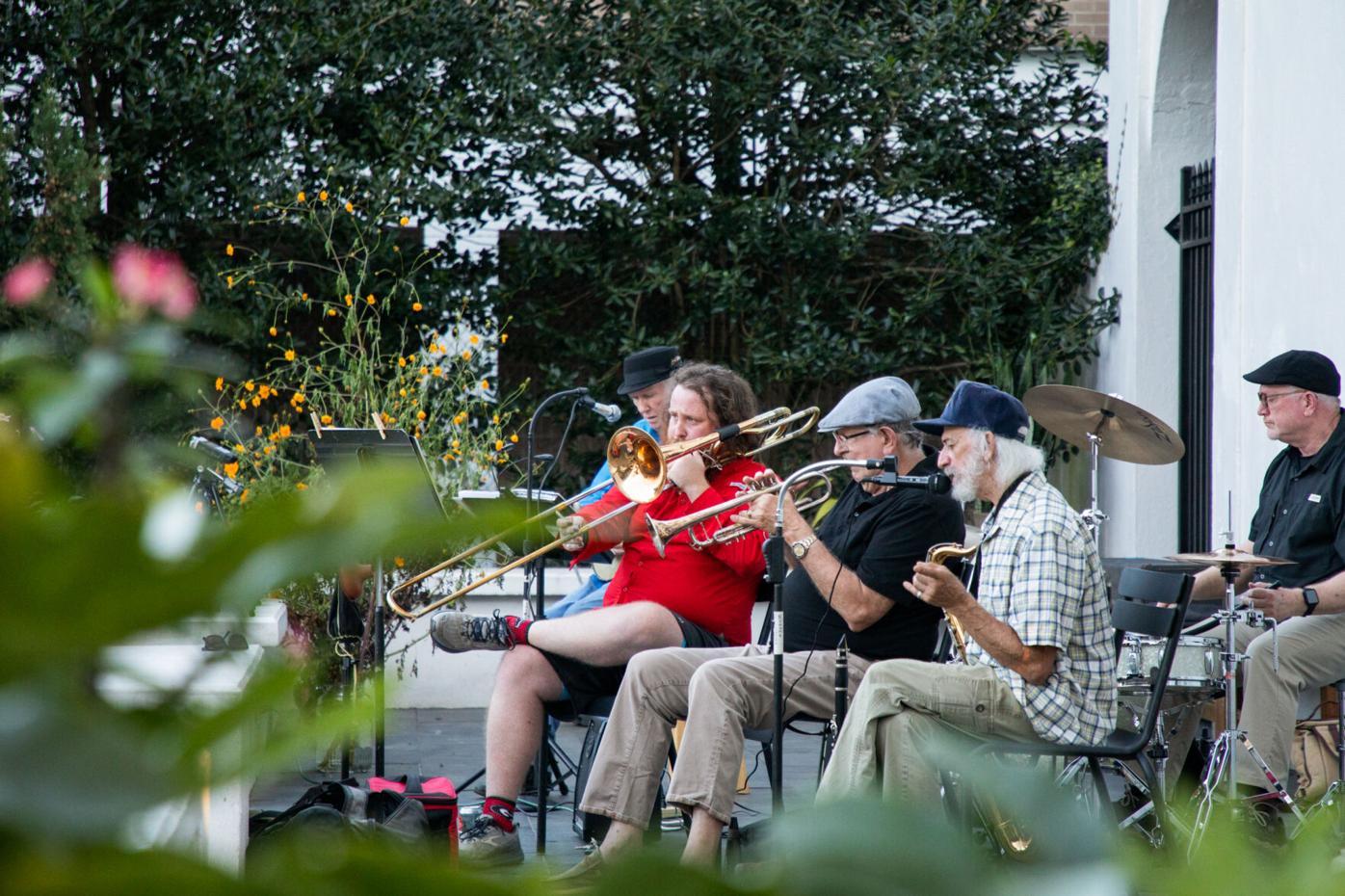 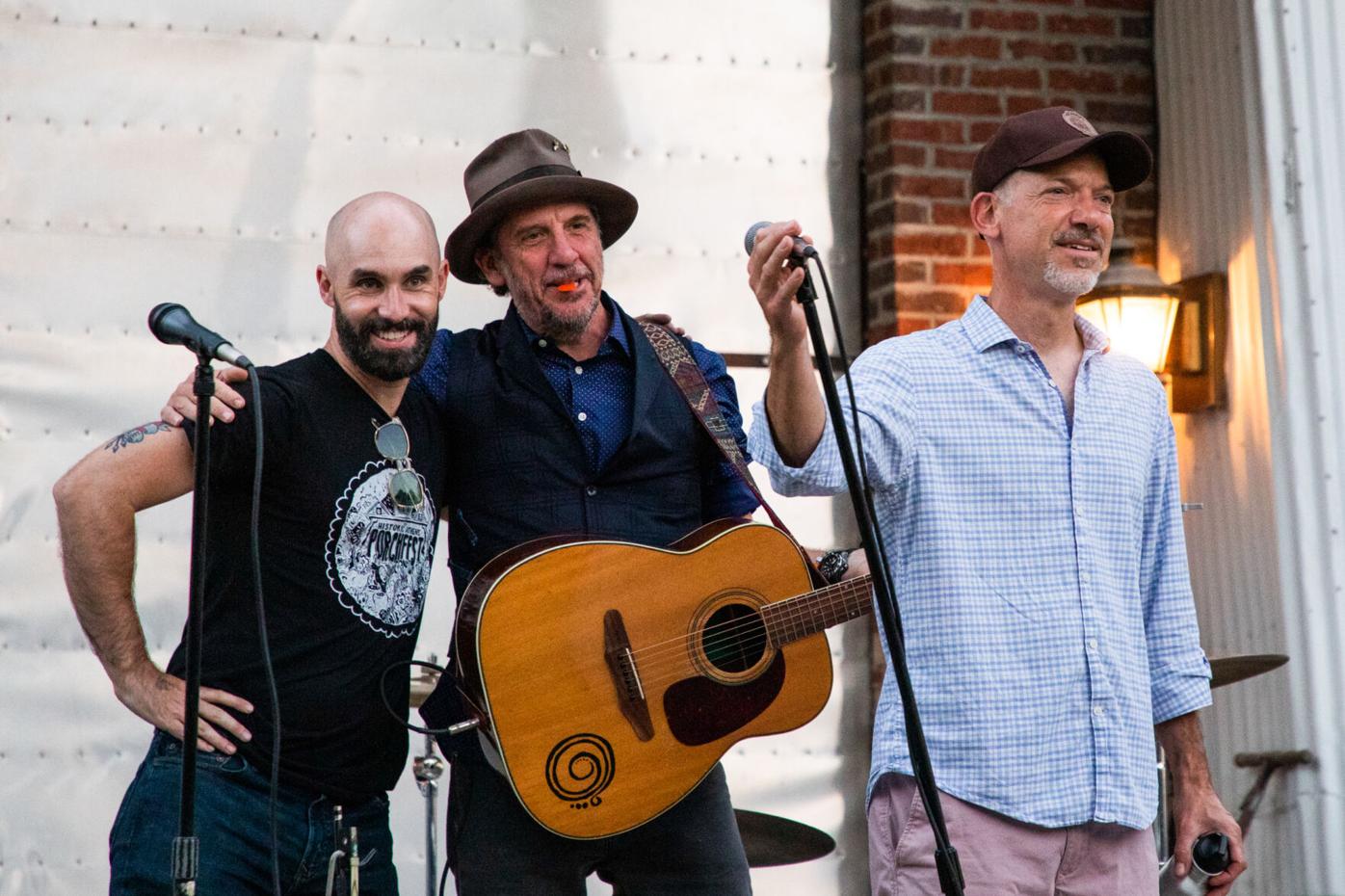 As the sun set on Historic Athens Porchfest’s day of music, lights dimmed and lawns emptied everywhere except 650 Pulaski St., where the day rounded out with a performance hosted by Mayor Kelly Girtz.

From 1-8 p.m. on Sunday, over 100 homes in Athens lended their front porches to local bands to play for the third annual Porchfest event put on by Historic Athens. This year’s Porchfest held their largest event yet with six historic neighborhoods — Boulevard, Buena Vista, Cobbham, Newtown, Normaltown and Pulaski Heights — hosting over 100 performances, according to Visit Athens.

Thousands of Athenians flocked to enjoy the shows by bike, foot and car. Admission was free due to each aspect of the event being volunteered.

“This event is only possible because of the generosity of our Porchfest hosts and performers,” said executive director of Historic Athens, Tommy Valentine. “There’s no admission. This is an event that spans six neighborhoods. Where would we set up the ticket stand?”

No genre was left out of the festival as there was pop, rock, jazz and even country singers playing on the porches. This diversity showcased what the music community of Athens has to offer.

“There are not a lot of communities that could have over 100 local acts performing on the same day, and I think it just speaks to the quality of the artists out here and to the diversity of the talent and ways in which people express themselves in Athens,” Valentine said.

With Porchfest arguably being one of the largest geographic events to be held in Athens, Valentine believes the scale gives testament to the wishful sensation of wanting to be in “nine places at once.”

Alongside the concerts were merchandise stands, pop-up garage sales, handouts of newly printed Porchfest 2020 compilation vinyls as well as a Halloween dog parade and costume contest within the historic Boulevard neighborhood aptly called Boo-le-Bark on the Boulevard.

Homes were stacked with Halloween decor, and each house involved in the festival had their own lawn sign detailing which band it would host and who their sponsor was. The larger houses were decorated with balloons and included stands with food and beverages, which added to the extravagance of the festival.

“We had two extension cords, provided some beverages and had this great community together in our big open yard. It was super fun,” said homeowner and host Jim Fiscus who had recently redone a historic home alongside his wife, Kimberly Fiscus.

The Fiscus home was adorned with colorful chalk drawings on the walkways and children playing inside and out of the home all while artist T. Hardy Morris played folk music for a crowd that spilled over the lawn.

For Morris, the meaning of Porchfest was more than a chance to perform.

“To be a part of what Historic Athens is trying to do and raise awareness to the fact that you can fix these [houses] up,” Morris said. “You can do something cool with a house on the corner that looks like it's all rundown. It can be built into something new.”

A sense of community

The remaining neighborhoods that participated in the festival were Pulaski Heights, Newtown, Buena Vista, Normaltown and Cobbham neighborhoods. Boulevard hosted the most musicians. Pulaski Heights had bands who played covers of iconic songs, such as the well-loved track “Mr. Brightside” by The Killers.

One musician who performed in Boulevard, bed deth, also known as Max Manahan, thought the idea of Porchfest was great in regards to promoting local artists. Manahan works with Porchfest’s merchandising company, and after practicing music for months decided to participate and play in the event. Manahan’s music, which Manahan described as “bummer pop,” added a fun twist to the family-friendly environment of the festival.

“Everybody was so patient and supportive while I figured some technical difficulties out,” Manahan said. “I found my vibe performing here, and it was really cool to see people walking by and stop and listen for a bit. Everybody is just so sweet and friendly. However, I don’t think I’ve played for children before, so that was fun.”

Performers persisted in the raging heat to play good music and provide an upbeat experience for the residents, so Porchfest made quite the comeback for Athens this year.

The jam-packed day culminated in a finale performance at 7 p.m. with the traditional closing of Porchfest: “The Mayor’s Show.” The performance featured musician turned Winterville Mayor Dodd Ferrelle alongside Adam Poulin and was hosted by Mayor Kelly Girtz.

“The hope with this event is to celebrate and inject a sense of joy about Athens … we feel for one day we get to contribute as a steward of the community heritage that we all hold so dear,” Valentine said, speaking on behalf of Historic Athens.

On Sept. 23, Historic Athens announced that a search for its newest staff member, a director of engagement and African American heritage, had begun.

A space as grand as the museum requires the careful oversight of art curators to manage the collections and select new pieces while caring for current ones — Jeffrey Richmond-Moll and Nelda Damiano are two of them.

In another Heritage Walk hosted by Historic Athens, a UGA senior led a tour on LGBTQ+ history in Athens on Sunday.

On Sunday, Boo-le-Bark on the Boulevard was hosted at Jittery Joe's in Athens, Georgia. The pet parade was themed "The Dogs Go Marching On" an…