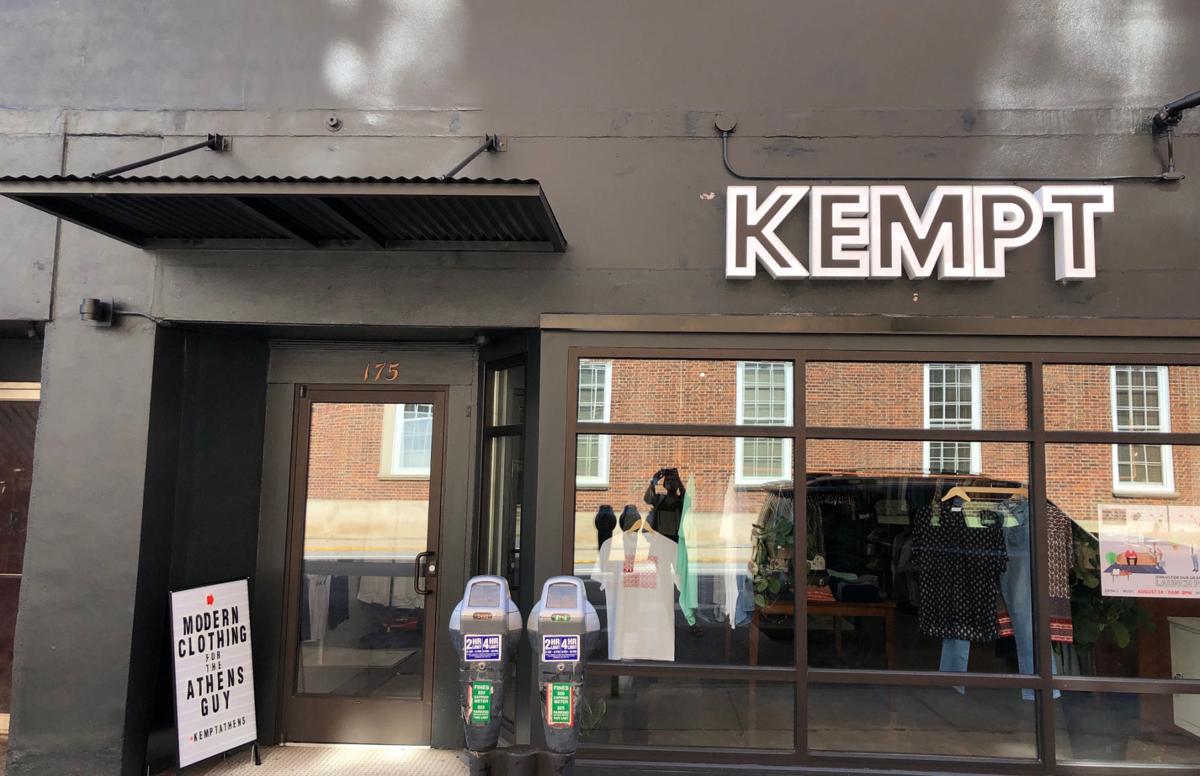 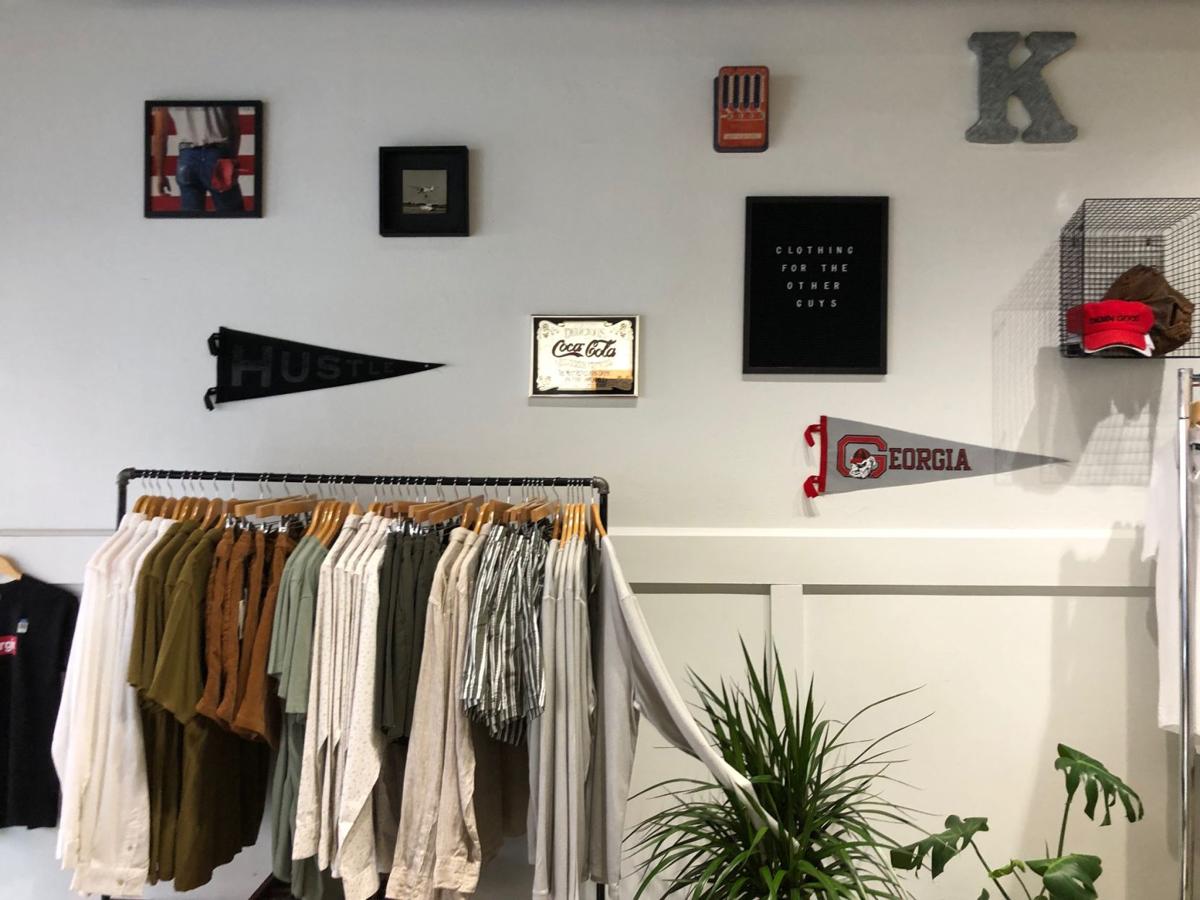 Kempt, a menswear store in Athens, celebrated its grand opening on Saturday, Aug. 24.

Athens has many eclectic places to chill with friends, but Kempt is introducing a new concept of lounging in the midst of a creative space. After a summer of renovations, Kempt moved into the historic Athens building located at 175 N. Lumpkin St., with a new wave of trend-forward menswear.

The grand opening took place on Saturday, Aug. 24, from 11 a.m.-8 p.m., with door prizes, discounts and giveaways. Not only were clothing items featured at the party, but local Athens’ fooderies, including Normaltown coffee, breakfast from Athens Bagel Company and snacks from Marti’s at Midday, made appearances as well.

Kempt is blending sleek and simple with school pride in many pieces, such as red and black T-shirts with minimalistic designs. One of its brand’s promises to offer denim that entirely “suits your style or body.” The grand opening will offer this opportunity at 10% off the entire purchase for just trying on a pair of Mavi denim.

Kempt is honing in on the wild spirit of Athens by grabbing the attention of those who both love fashion and those that are just looking for a cool place to visit with friends.

“It comes from being the opposite of the meaning unkempt, or messy,” owner Ryder Chosewood said. “So Kempt is the opposite of that. Put together, squared away. One of the first things we picked for the store was the name.”

Chosewood grew up in Lilburn, Georgia, and studied fashion merchandising at the University of Georgia, where he graduated in 2017. Chosewood said he wanted to return and give back fashion to the place where he fell in love with it.

“Long term, I knew I wanted to do a men’s store but after moving here from New York, I realized that Athens had a real demand,” Chosewood said, “I fell in love with Athens, and it was just kind of a right time, right place thing.”

The store itself is fitted with leather chairs and unfinished architecture to provide the modern vibe that Chosewood hoped to achieve with his company.

“We wanted smaller, niche brands that people have not heard of. Not something you could find at Macy’s was the vibe we were going for,” Chosewood said.

According to its Facebook page, Kempt is not only committed to providing trend-forward fashion, but also a place that is “a safe space for people of every background, orientation, and identity.”

“Kempt just looked like something I wanted to jump in and be a part of,” Allen said.

The target customer is not only college students but anyone who walks into the store. Chosewood believes that anyone that comes into the store can find something that they like and feel comfortable in.

Chess and Community hosted its fifth annual Rhythm on the River fundraiser on Aug. 23 at Big Dogs on the River water recreation facility to raise money for its youth development programs through board games, food and live music.

As football season quickly approaches, gameday gear is in high demand. Sweet Pea Boutique is one of Athens’ newest places to get  Dawg-approved apparel and accessories, and it debuted as a pop-up shop at Frutta Bowls on Aug. 22

If you have been anywhere near South Milledge Avenue over the past few days, you’ve probably…

The new mural “Hot Corner: An Athens Legacy” made its official debut with a ribbon cutting c…

From the staff: Celebrating International Dog Day 2019 with the dogs of The Red & Black

It's International Dog Day and the University of Georgia houses the No. 1 mascot in the nation — the English bulldog Uga — truly making Athens…

As August comes to an end, students are back eager to get back into the routine of life in Athens. One of the best ways to return to normalcy …

Widespread interest in, marketing of and engagement with the wellness industry can often make the priorities and practices of physical health …

Taylor Swift is undoubtedly one of the most successful entertainers of our time. The 29-year-old singer-songwriter released “Lover,” her 7th a…

Elevate Thrifts is an online thrift store, started by six University of Georgia students, that makes finding vintage and rare articles of clot…

It’s officially the time of the year to put your flip-flops and tank tops into storage and make room for your heavyweight jackets and flannels.