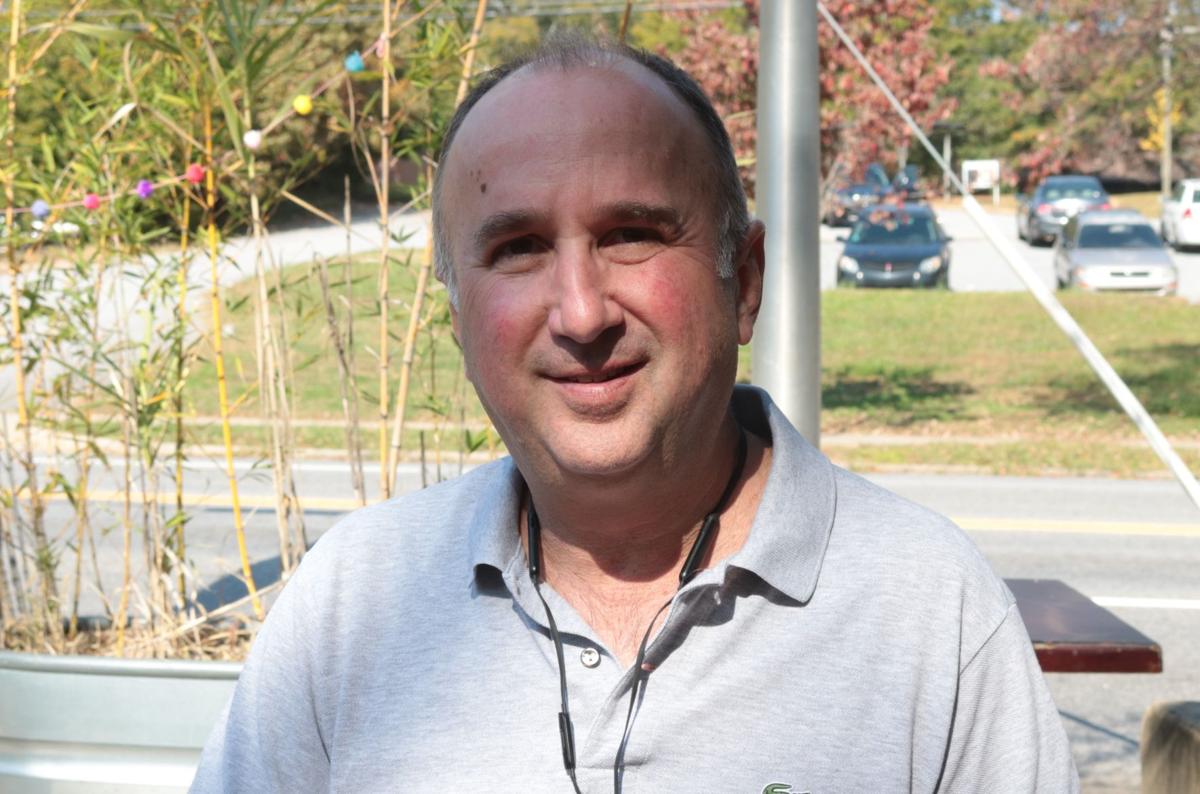 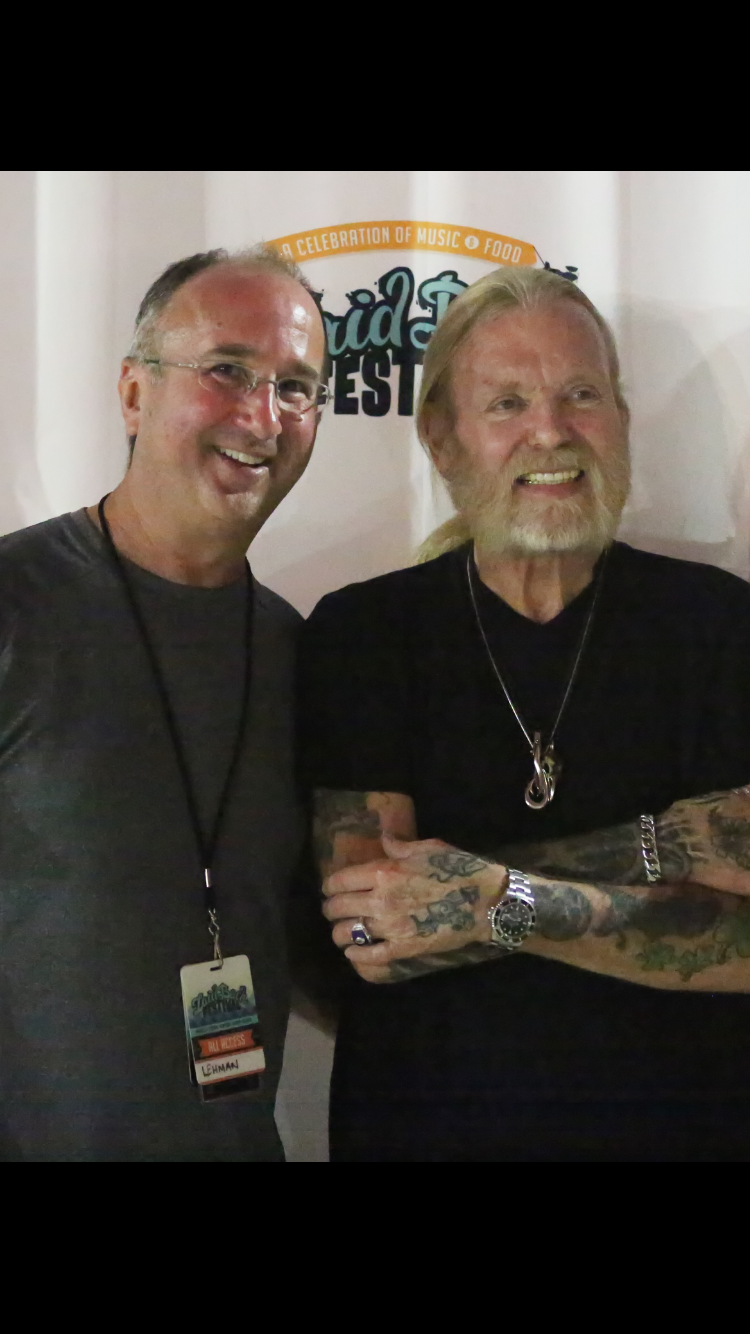 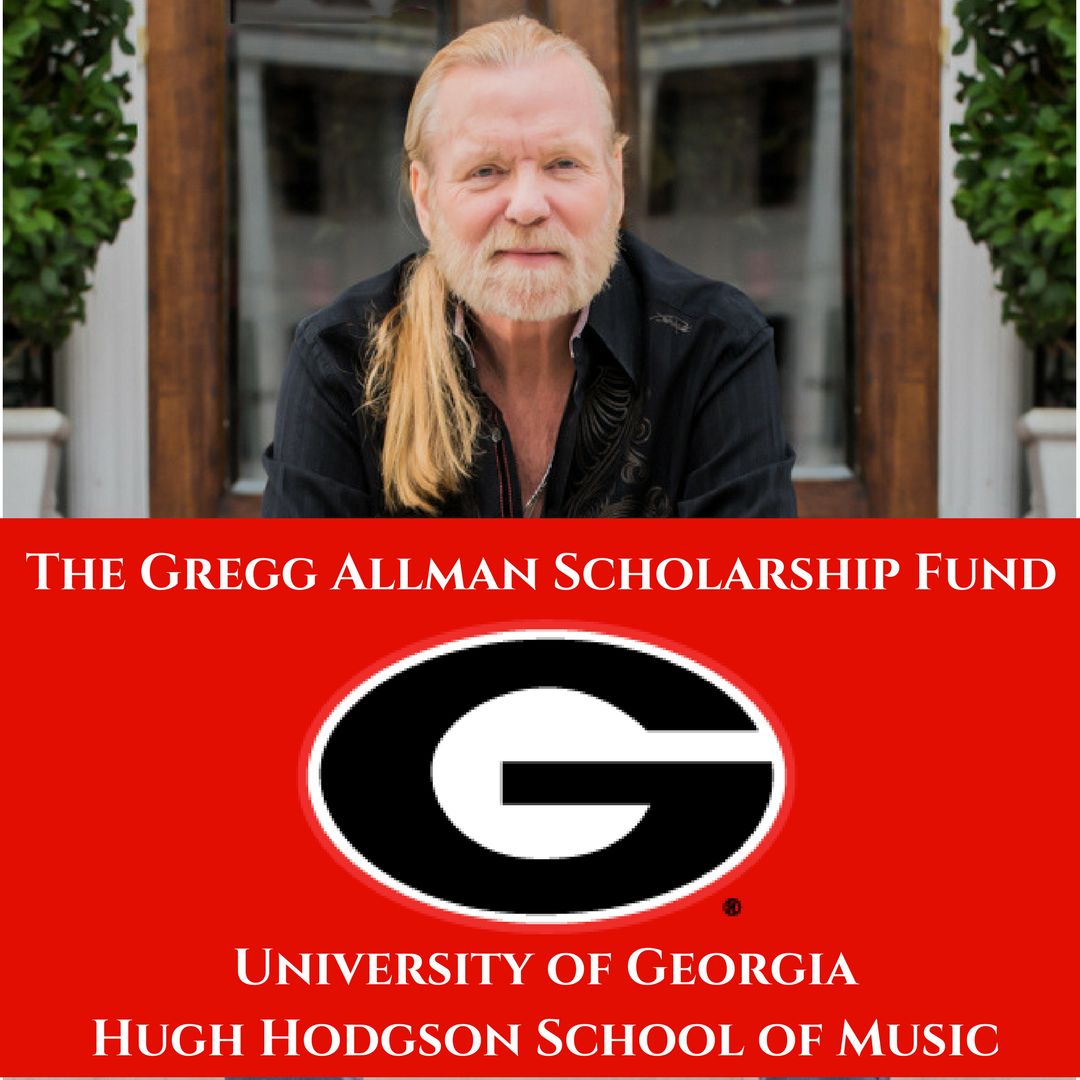 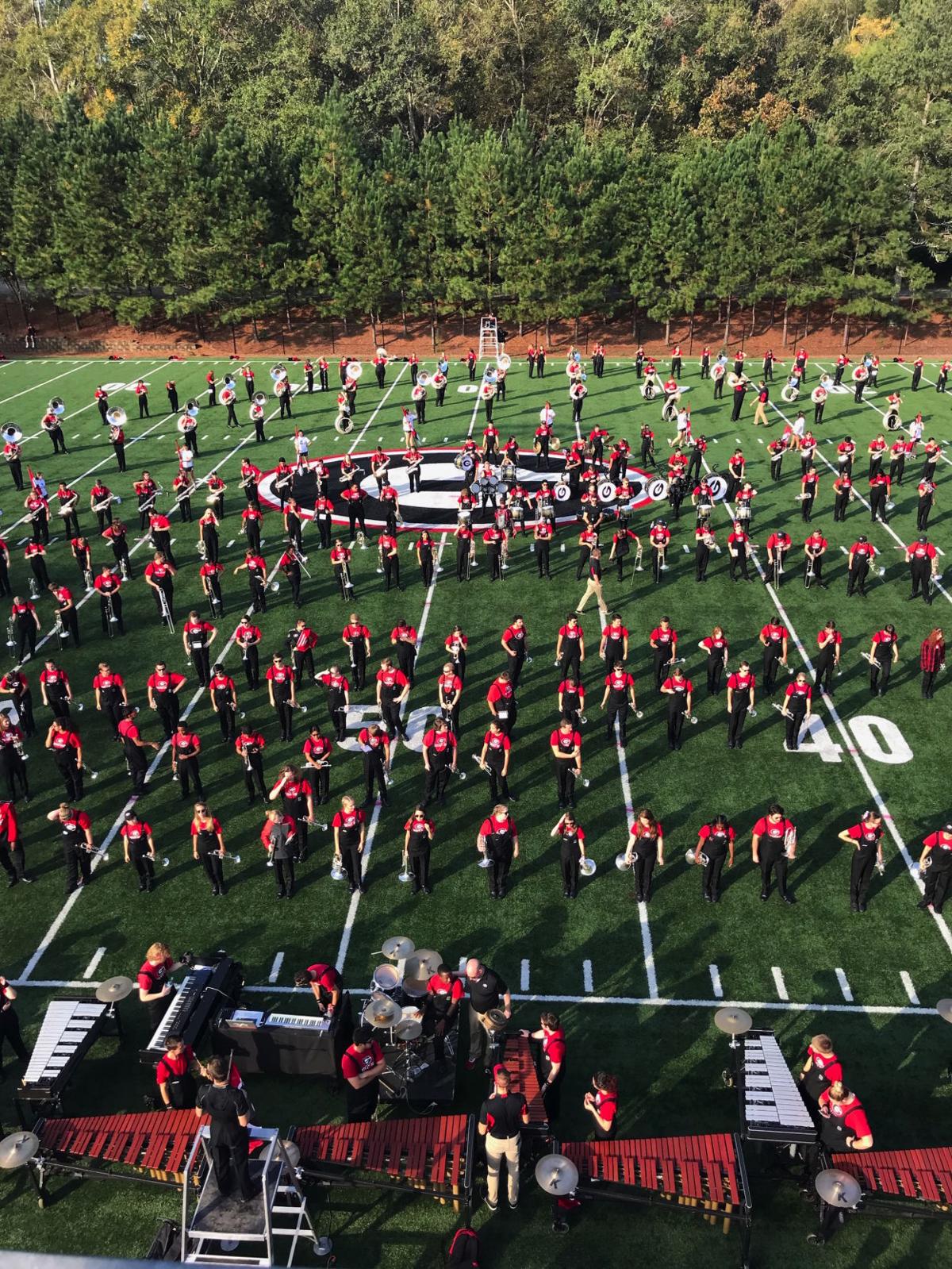 The Redcoats practicing before the UGA vs. South Carolina football band, during the half-time show they will play a tribute to Gregg Allman. 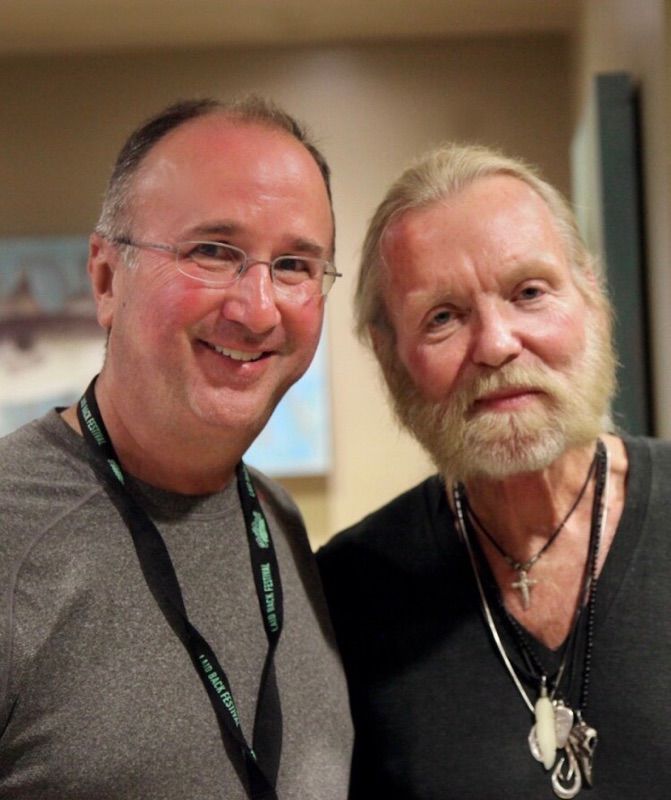 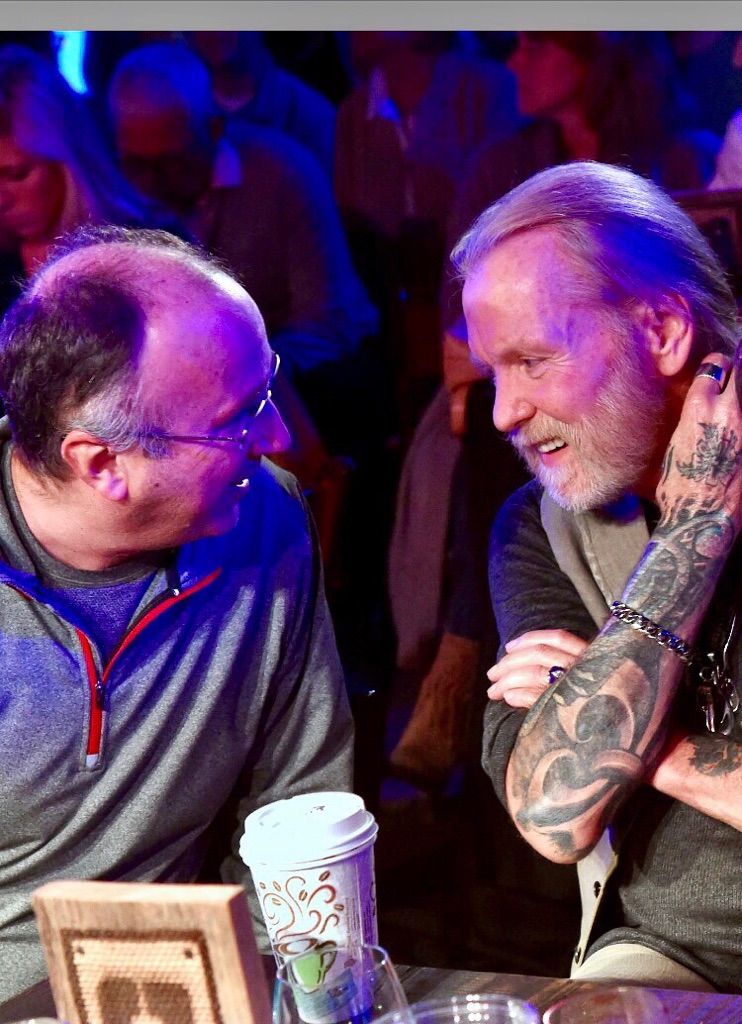 The hard-rocking fire and the sweet, southern spirit of the late Gregg Allman is remembered through his newest album “Southern Blood” and through the scholarship gifted to University of Georgia’s Hugh Hudgson School of Music on behalf of Allman and Michael Lehman, his music manager and close friend.

“I always like to give back and teach my artists the importance of that,” Lehman said. “Gregg and I set up this scholarship to help kids who might otherwise not be able to come to UGA and study music or the industry.”

Lehman spoke on the importance of showing up on time, over-delivering, being respectful, and setting yourself apart in the industry by showing passion and drive. The Redcoat Marching Band will perform in tribute to Allman during halftime of the UGA vs. South Carolina game on Nov. 4, as a thank you for all the support Allman and Lehman have poured into UGA.

“This is a scholarship for students in the school of music who are also enrolled in this music business program which is very related to Gregg Allman’s career. It is going to make a huge difference for generations in our students lives, we are very grateful,” Dale Monson, director of of the Hugh Hudgson School of Music, said.

Lehman was instrumental to the establishment of Allman’s career, but most importantly, he shared a steadfast bond with Allman and stood by his side as a friend first while Allman struggled with liver cancer until his death in May of 2017.

“It was a great gift for me to be able to work with him and being a friend of Gregg’s was amazing. Gregg as a person, once you get to know him -- and he was easy to get to know -- was one of the sweetest, kindest men I have ever met,” he said.

Lehman started working with Allman in 2004. Allman and Lehman fostered a wholesome relationship and produced music together consistently up until hours before Allman died. They put out four albums together with the last being “Southern Blood,” released Sept. 2017.

Lehman was there with Allman through his liver transplant in 2010, through his rediagnosis in 2012, and worked with him on a professional and intimate level until the end, speaking with him regularly up until it was time for Allman to say goodbye.

“You say a cat has nine lives, Gregg had 99 lives and I never really thought it would come to an end,” Lehman said. “It was tough. We kept the news of his cancer really private so it was really only a handful of really close confidants that knew he was really sick. The band didn’t know, no one really knew.”

Lehman and Allman were able to record his final album in just two weeks and Gregg was able to hear some of the final tracks the night before he passed.

Lehman holds his relationship with Allman close to his heart and expresses the impact Allman had on him and how thankful he is to have been able to manage and grow close with Allman throughout the years.

“I have been so lucky to represent so many different artists, and he was the one that got under my skin and I never ever would have thought it would have been Gregg,” Lehman said. “He was this sweet person who had the best laugh and loved life and loved people and he let me in and I took it.”

Lehman has been traveling all throughout the country giving talks on Allman’s legacy, and thanking various organisations and universities, including UGA, for their support of Allman. He is happy to share the spirit of Allman with all who reach out.

“I get choked up doing these talks but I am happy to be honest and open with everyone and to let people inside and see what the relationship was really like,” Lehman said. “I’m happy to let people have an inside scoop to Gregg and know that yes, he was this southern rocker and made some amazing music, but he was one of the sweetest, kindest guys I have ever met.”

The Gregg Allman music endowment receives donations from all around the world and allows for public donations.

“Philanthropy was such a joy for Gregg Allman. It is was meaningful for him to know that he is paying it forward and to know that his love of music would live on through this scholarship,” Suzi Wong, director of principal gifts at Franklin College said.

The musical “Cabaret” has been drawing audiences in for just over 50 years now and shows no sign of slowing its influence. The production has seen numerous revivals and continues to make an impact even in today’s world. The show’s entrancing songs and suggestive dance numbers are a large part of what makes “Cabaret” a cabaret; however, arguably the most important aspect is the powerful and ultimately jarring plot.

In no particular order, here is a list of five of the best recent musicals to run on Broadway.

Nestled at the end of a snaking side hallway of Hotel Indigo, a quaint exhibit awaits those who wish to experience art at any hour of the day or night.

In volume one of his new collection of short stories, “Hometown Horrors: Terrifying Tales of Athens,” Jeffrey Kilpatrick creates a chilling alternate atmosphere for everyday locales in Boulevard.

Kendra Scott is a lifestyle brand best known for its jewelry, but just last year, the brand expanded to include home goods. The Kendra Scott pop-up shop will be running Saturday, Nov. 4 from 10 a.m–1 p.m at the Graduate Athens Hotel.

A Student Spotlight, a discussion about small spacecraft and a star watch are a few events to look forward to this weekend.

Goth rock band Evanescence is set to release its fourth studio album ‘Synthesis’ on Nov. 10, and in anticipation of that, the band released th…

Scottish rock band Franz Ferdinand have released a new song, “Always Ascending”, off of their forthcoming album of the same name. The album is set to be released on Feb. 9, 2018 and features 10 tracks.

The Alabama native and Athens transplant discusses his new EP, creative detours and the music that shaped his music style. The Red & Black…

The well-known pop punk band Fall Out Boy gave a phenomenal performance at the Philips Arena on Saturday as part of its “Mania” tour.

"The Godfather of Heavy Metal" is done after 2,500 shows.

After being in relationship with Wilson for seven years,he broke up with me, I did everything possible to bring him back but all was in vain, I wanted him back so much because of the love I have for him, I begged him with everything, I made promises but he refused. I explained my problem to someone online and she suggested that I should contact a spell caster that could help me cast a spell to bring him back but I am the type that don't believed in spell, I had no choice than to try it, I meant a spell caster called Dr Zuma zuk and I email him, and he told me there was no problem that everything will be okay before three days, that my ex will return to me before three days, he cast the spell and surprisingly in the second day, it was around 4pm. My ex called me, I was so surprised, I answered the call and all he said was that he was so sorry for everything that happened, that he wanted me to return to him, that he loves me so much. I was so happy and went to him, that was how we started living together happily again. Since then, I have made promise that anybody I know that have a relationship problem, I would be of help to such person by referring him or her to the only real and powerful spell caster who helped me with my own problem and who is different from all the fake ones out there. Anybody could need the help of the spell caster, his email: spiritualherbalisthealing@gmail.com or call him +2349055637784 you can email him if you need his assistance in your relationship or anything. CONTACT HIM NOW FOR SOLUTION TO ALL YOUR PROBLEMS

I wish this man had RESPECT for the families of those who are buried in Rose Hill Cemetery. Go back to New York!

Thank you Michael Lehman for sharing your generosity and letting others know more about Gregg Allman. Who better than you 2 great men to be patrons of the Arts? The students of UGA are fortunate indeed.