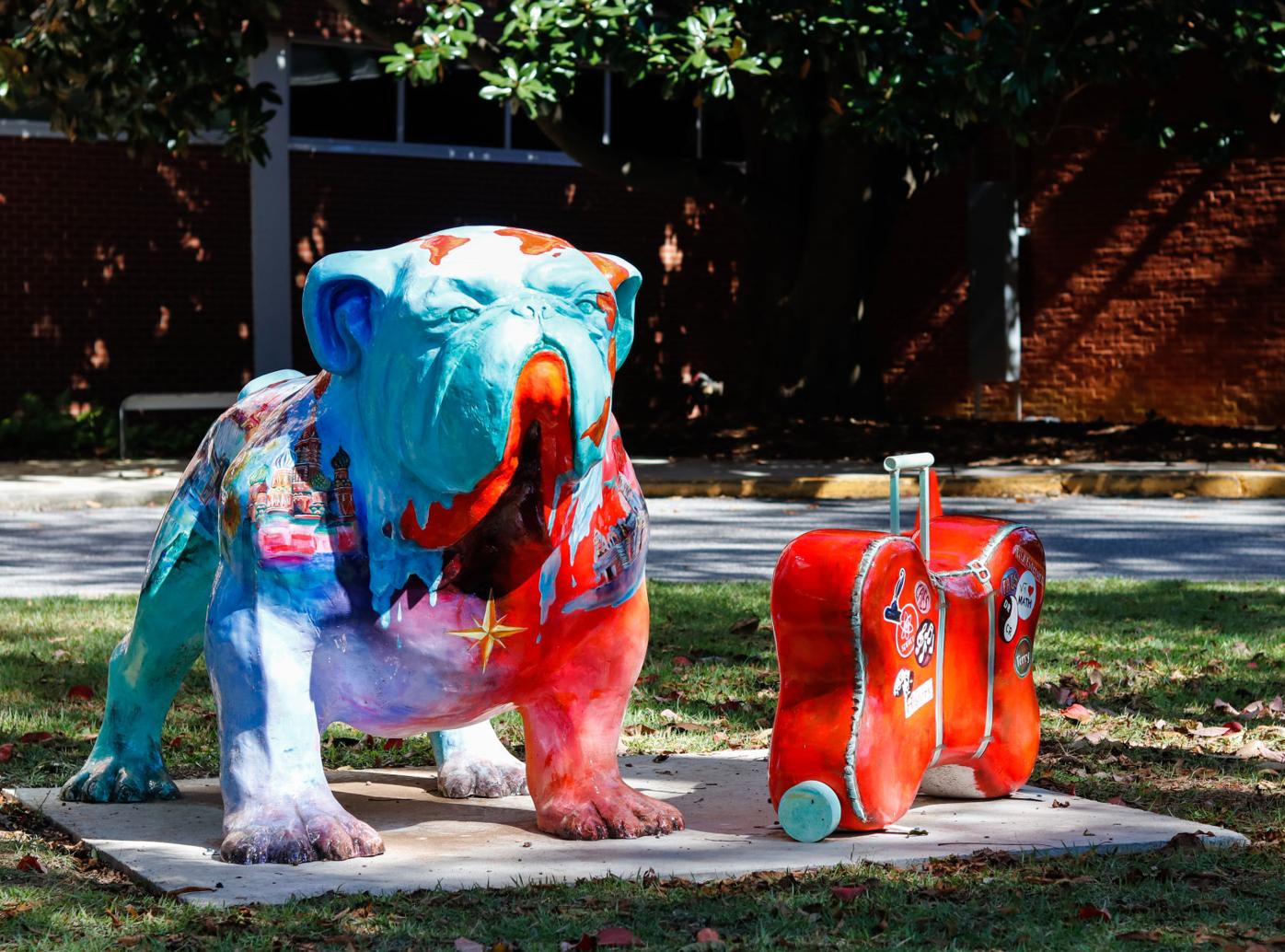 A bulldog statue stands in front of the Georgia Center on the University of Georgia campus in Athens, Georgia. (Photo/ChamberlainSmith, chamberlainlockett.com) 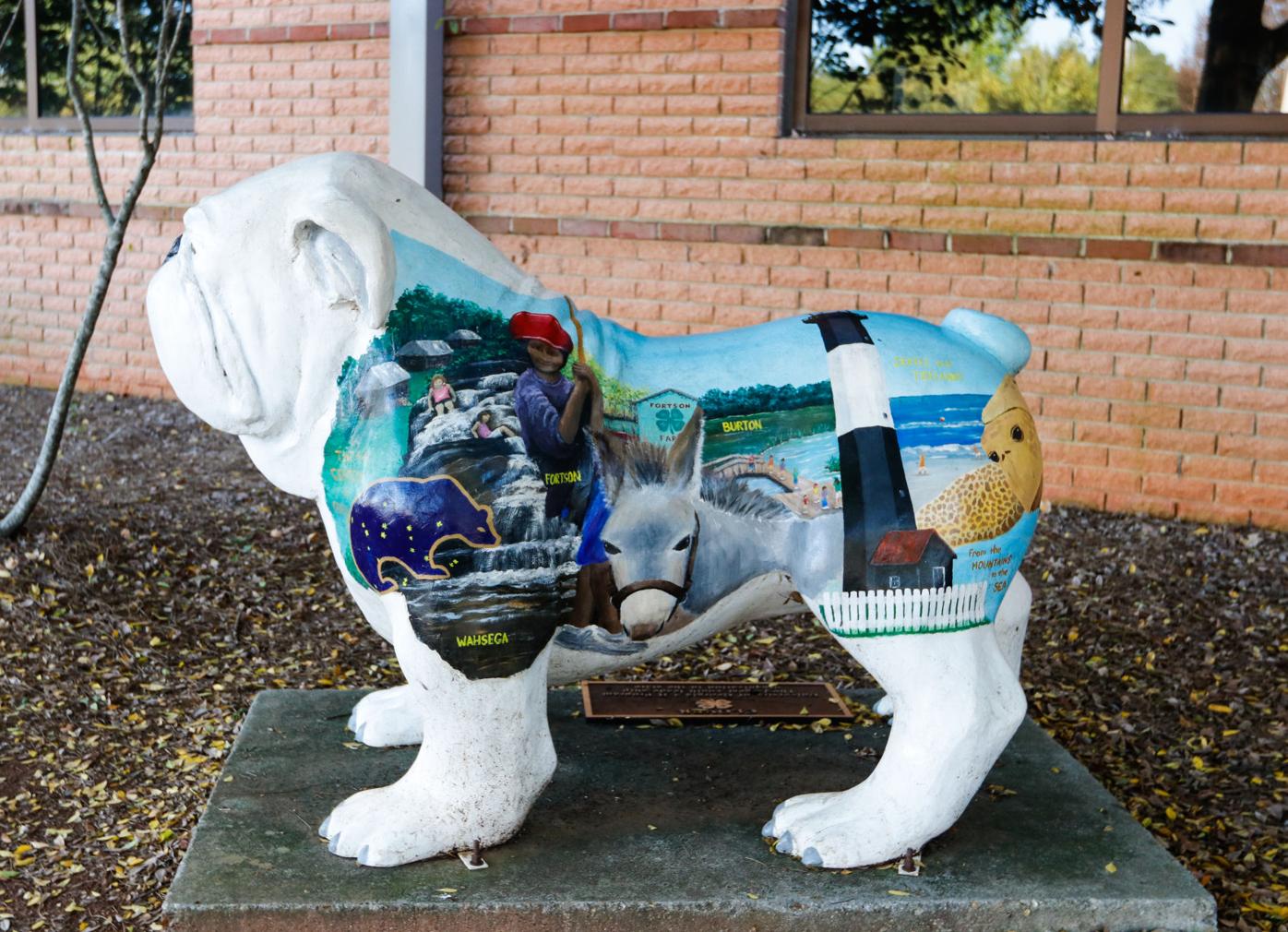 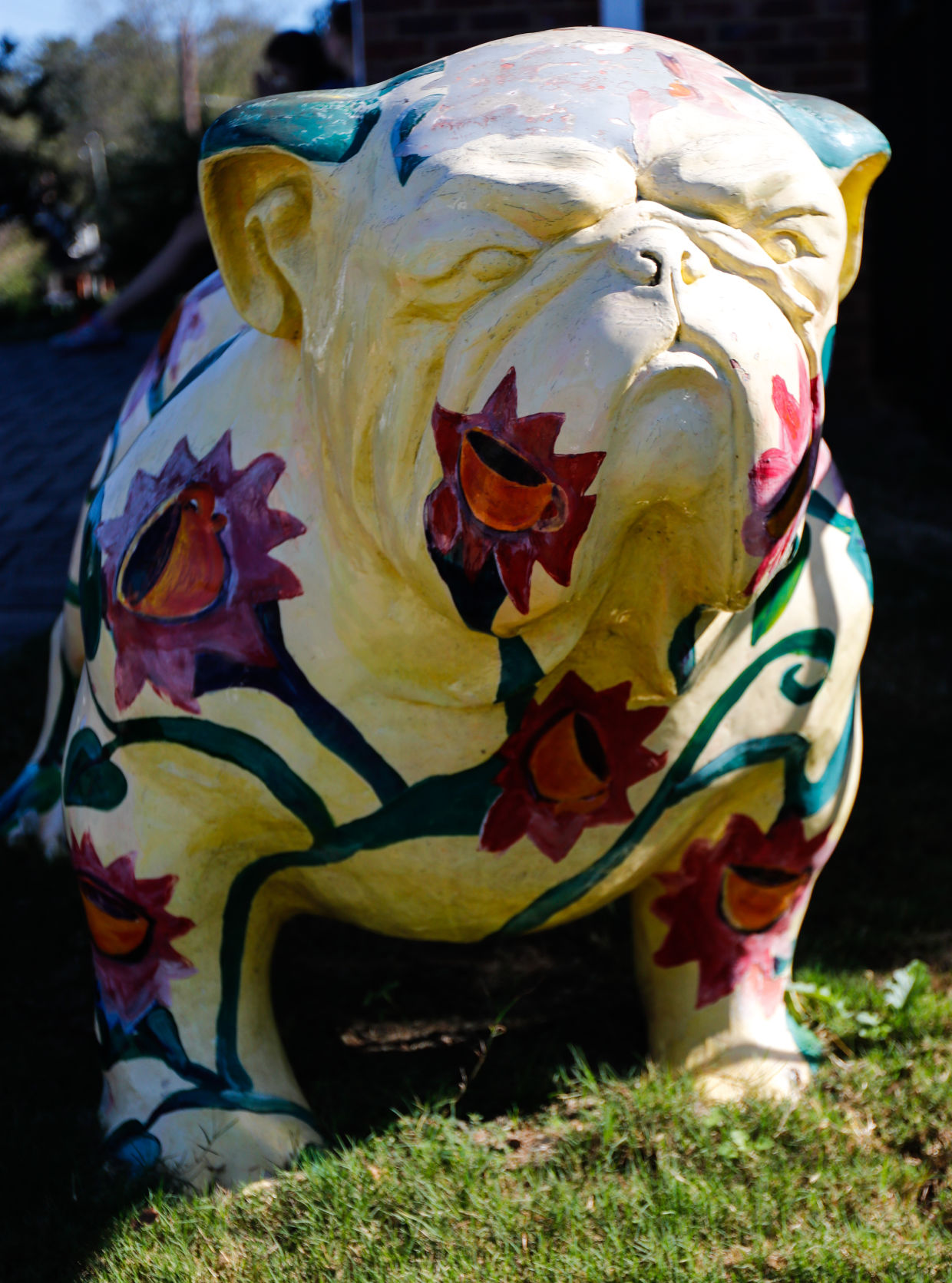 A bulldog statue stands across from Jittery Joes at Five Points in Athens, Georgia. (Photo/ChamberlainSmith, chamberlainlockett.com) 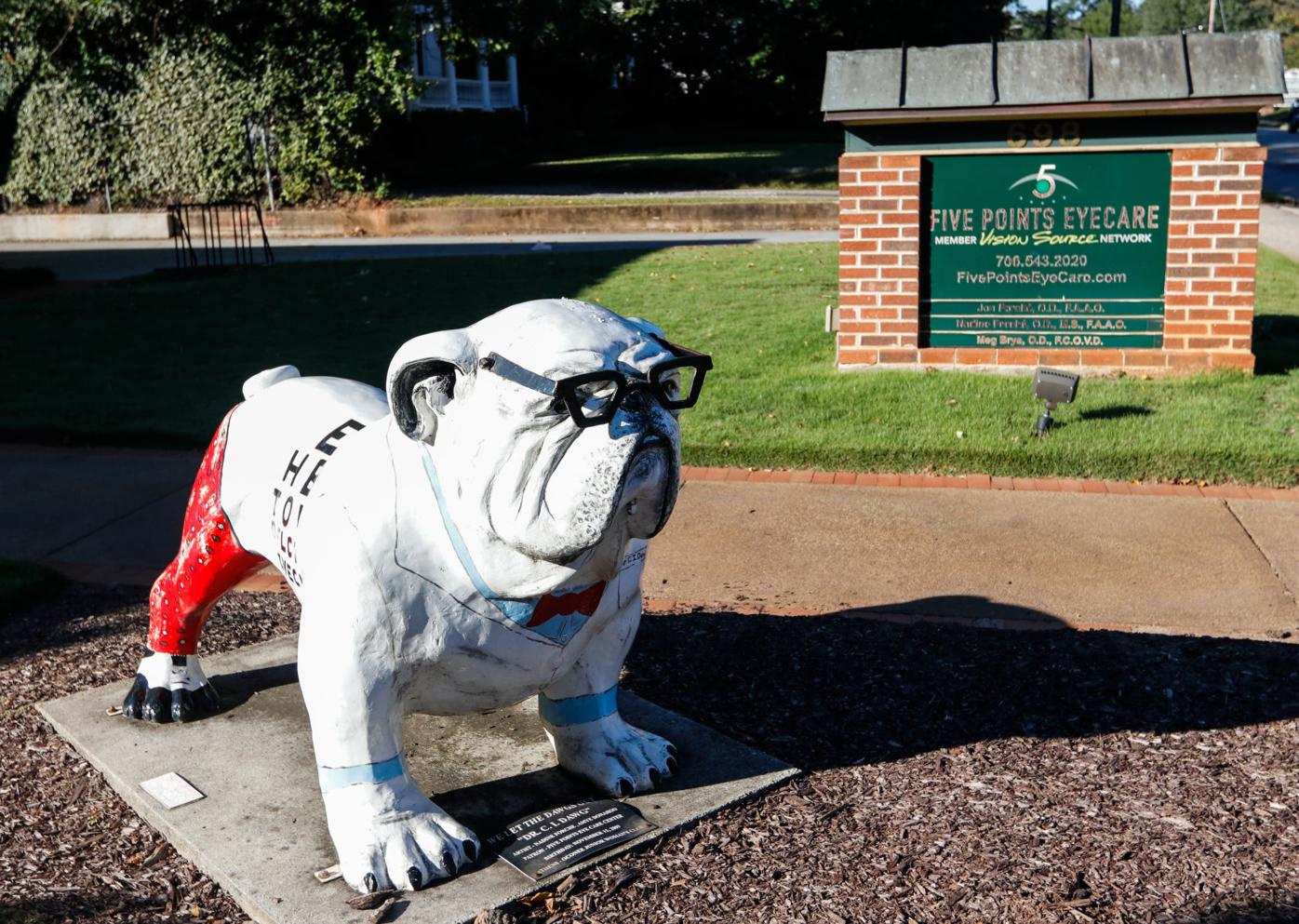 Have you ever wondered where all the bulldog statues throughout the Athens area originated from? They adorn dozens of street corners and greet guests at storefronts all over town. People seek out specific dogs to decorate their Instagram feed and selfie collection, like the “Welcome to Athens” dog near Creature Comforts Brewing Co. The larger-than-life public art display has become a staple in the local community and can be found in some capacity nearly everywhere you go.

“I promise it’s not normally like this,” Linda Ford expressed as she hopped up to answer the phone for the second time, addressing the caller on the other end with a cheery greeting.

Although the phones rang constantly, the Athens Downtown Development Authority office stood practically empty on a Monday afternoon as Ford juggled responsibilities typically delegated to a multitude of employees, all of whom happened to be on break or off work at the same time.

“I am certainly the last person in the world to do any kind of art,” she said as she sat back down at the large table. The irony of this statement is undeniable considering the major role Ford has played in the Athens, Georgia, art community over the past 15 years.

Credit for the bulldog statues ultimately belongs to Ford. What started as a small fundraiser by the Athens-Oconee Junior Woman’s Club in 2002 has now spiraled into a major tourist attraction that generated international publicity for the Classic City. Ford was quick to talk about the news coverage of the bulldogs all the way in China when the project began and a story was published by the SEC in October of 2017. Even after all these years, the project shows no signs of slowing down and the impact continues to spread.

Inspiration for the artistic venture was drawn from other similar charity projects like “Cow Parade” in New York City and Chicago. The main idea was to find local artists to paint bulldog statues that could later be auctioned off to generate money for AIDS relief in Athens. The original goal was to sell a dozen dogs, but that was exceeded tremendously when nearly 50 statues were auctioned to raise a combined total of approximately $25,000 in 2010.

“People won’t always go in a museum,” Ford said, “but this brings the art to them.”

Her vision was simple: make art accessible to everyone. The impact, however, extends far beyond the scope of fiberglass bulldogs in Athens, Georgia, as public art continues to make a difference in communities worldwide.

“Art has an important place in a community to help it thrive,” Marilyn Wolf-Ragatz said from across the table between sips of iced coffee. As she sat on the outdoor patio of a popular Athens coffee shop, Wolf-Ragatz couldn’t help but critique the landscaping and exterior aesthetics that surrounded us. “How excited are you about this rust?” she joked as she offered suggestions on how to beautify the location.

As an art educator of over 30 years and an artist herself, Wolf-Ragatz has the knowledge and background to support her claims. She currently presides as the chair of the Athens Cultural Affairs commission, an organization established to advise local government on all matters related to public art. Specifically, according to the commission’s mission statement, the program is in place to “to foster the development and enjoyment of performing, visual, cultural and other arts in the Athens-Clarke County community.”

Wolf-Ragatz’s passion for beauty is what led her to join the original public-art task-force during its establishment in 2010 and later be appointed to her current position alongside nine others. Her work with the commission has been varied over the last seven years. From curating an extensive art collection for the Classic Center downtown to beautifying local parks and bus stops, Wolf-Ragatz has had a hand in it all. One thing remains the same—the opinions of the general public are taken into consideration. Wolf-Ragatz views this as the whole point of public art: getting the community involved and excited about making their city beautiful.

While the Commission guides the selection of potential public art installation and acquisition “the public makes the final selection,” Wolf-Ragatz said.

Like Ford, Wolf-Ragatz understands the value of making art accessible to all people. Her passion is to help people understand the value and importance of art “and to bring that art to the community for everyone.”

The Garbage Factory is not what it sounds like.

U.K. singer-songwriter Lizzy Farrall’s new EP “All I Said Was Never Heard” is an honest expr…

Creature Comforts Brewing Company will launch its fourth series of their campaign, “Get Comf…

5 albums that should be listened to on vinyl

While there’s no right or wrong way to listen to music, it’s hard to deny that playing an al…

7 of the best Vines of all time

5 things you need to know: Quick takes on things you might have missed

Martin Luther King has created a gateway for collaboration and visionary community among all individuals, and the Athens community comes toget…

Nick Jonas’ 2017 closed with the premiere of “Jumanji: Welcome to the Jungle”—his latest film and a continuation story of the original 1995 fi…

Pit bull breeds have been vilified in the media, but it's time to restore their damaged reputation. Allowing pit bulls to become service dogs helps do that.

Statues from the “We Let the Dawgs Out” public art project can be found all over Athens, Georgia. There are nearly 50 of these bulldogs around…