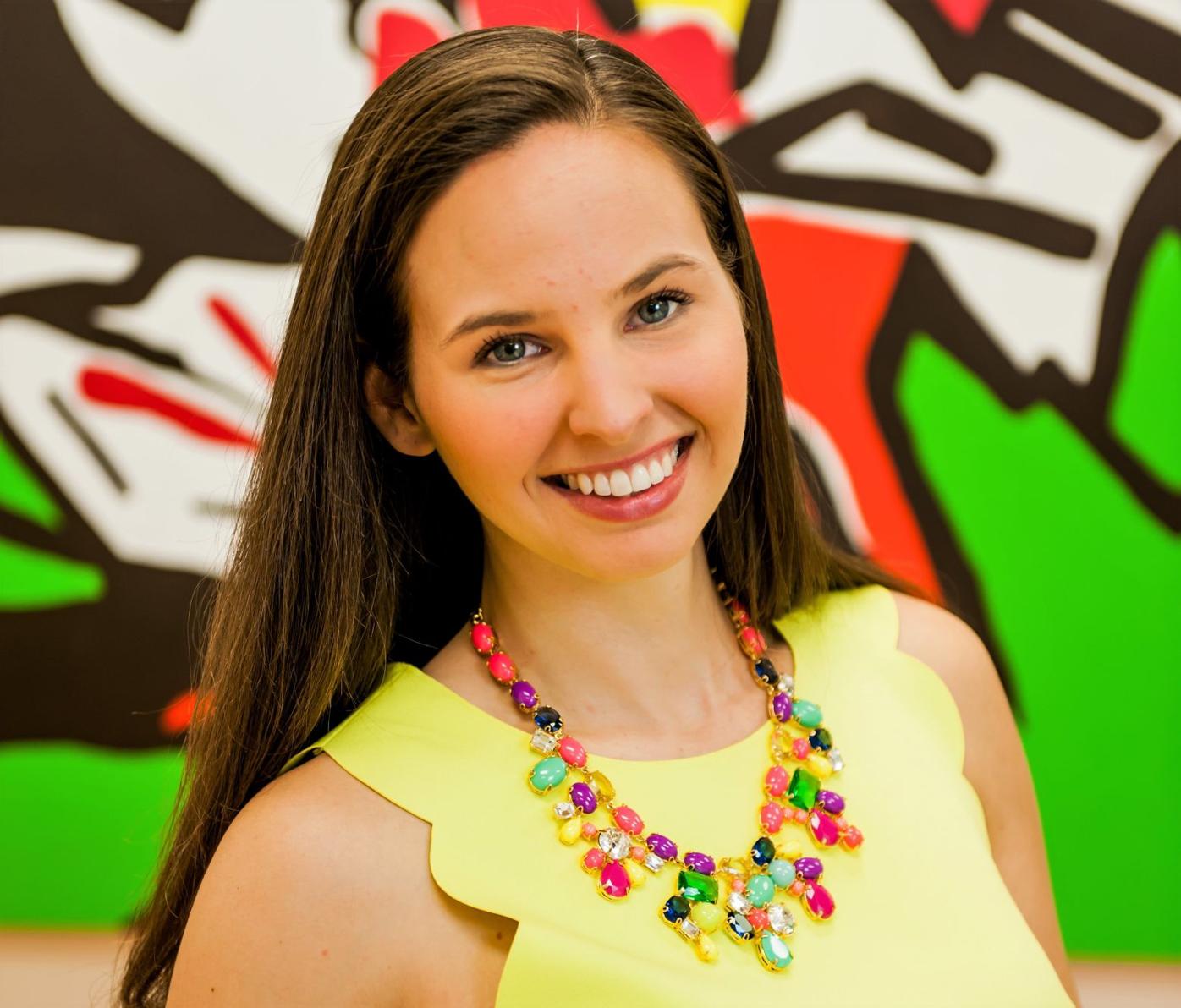 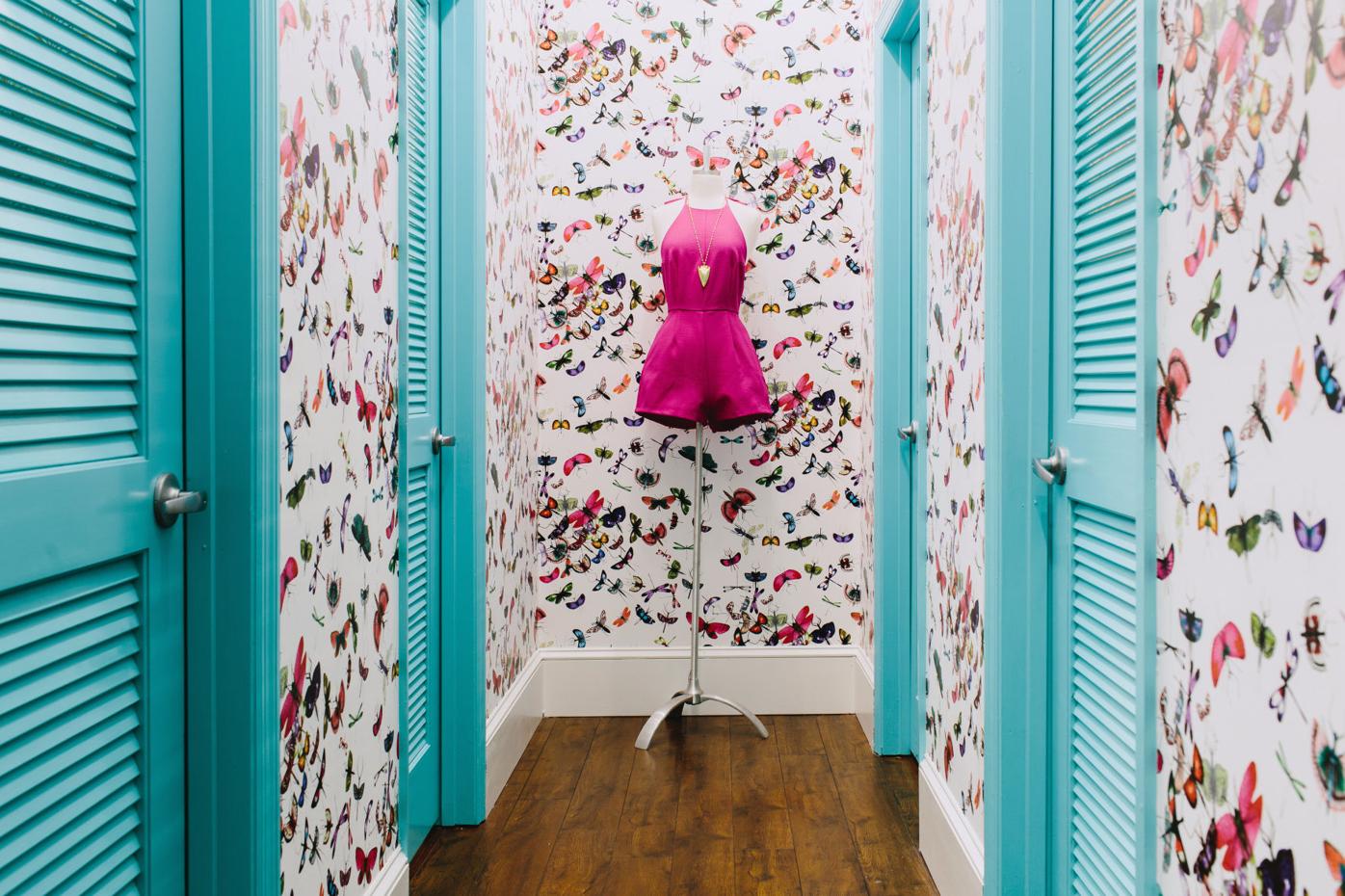 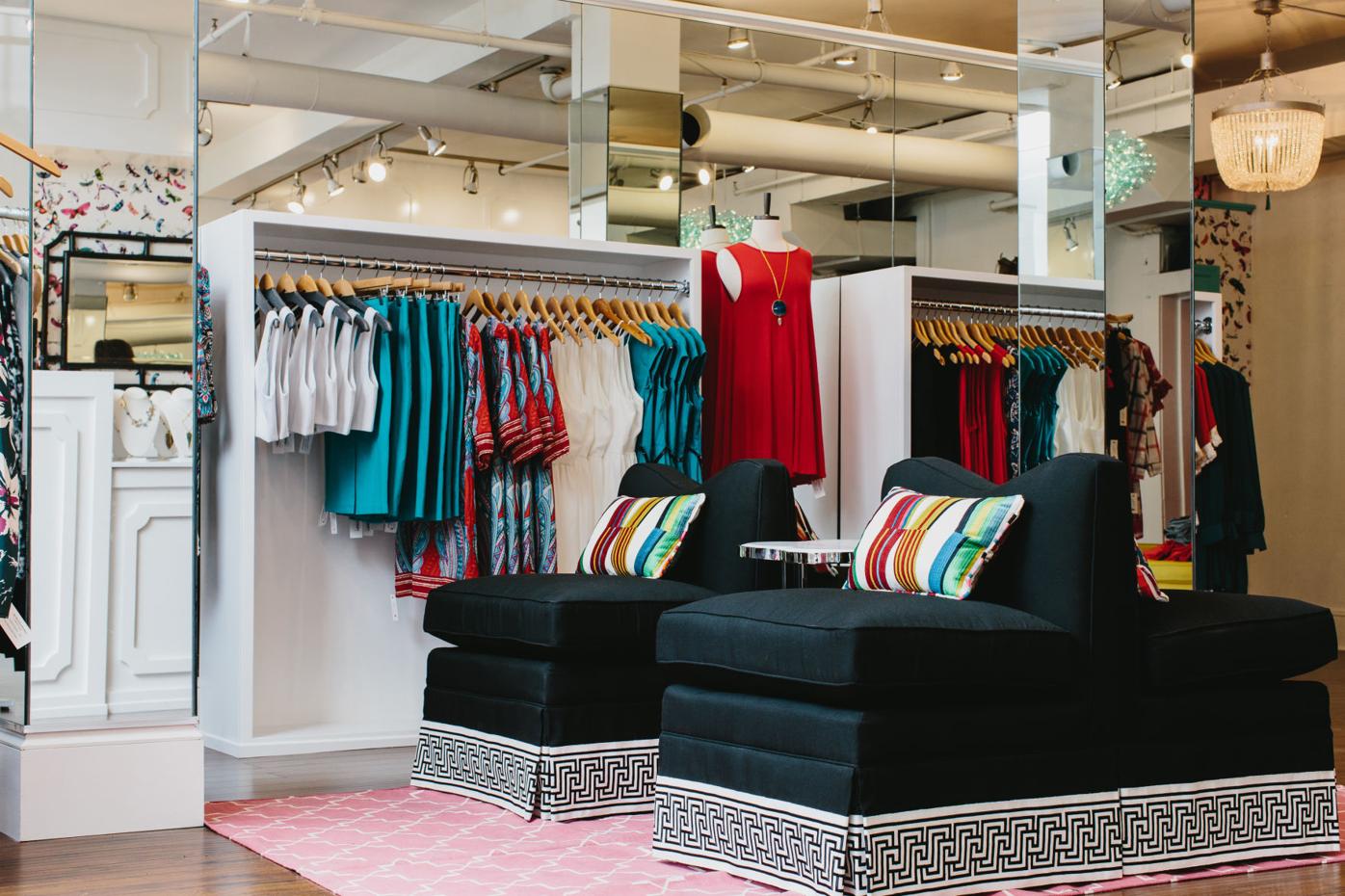 The Red Dress Boutique is located on Collins Ind. Blvd.

According to Forbes magazine, about 90 percent start-up businesses fail within their first year. More fail in the next five years. Red Dress Boutique owner, Diana Harbour, serves as an exception to that bleak statistic.

Nestled in between Clubhouse and a Ben & Jerry’s on one of the busiest streets downtown, Red Dress Boutique was born out of the creative mind of Harbour while she was working a cubicle job at a credit card processing company.

Harbour first began fostering her love for fashion in high school with the E! Television show, “Runway.” However, the passion stemmed from something far deeper than just clothes.

At the time, Harbour didn’t really know what she wanted to do. Diagnosed with ADHD and OCD, she struggled all throughout her schooling years to control her disorders since her parents were anti-medication.

Despite all that and not knowing where she was headed, Harbour was confident in her passion. She knew she had a love for the art of fashion and that she wanted to do something with that.

Reaching an Epiphany and Taking Chances

Harbour attended Columbus State University, where she majored in English and minored in art. During her four years in college, she worked at three different boutiques in Columbus. It was there that she found her love for small business clothing stores.

“I fell in love with the environment. It was such a close atmosphere in comparison to a department store. I was right up under the owner and got first hand knowledge of what they did,” Harbour said.

Working at the different boutiques over her four years at college fostered her desire to open her own small dress shop. But, when she graduated college, she began working at TSYS, a credit card processing company, instead

“Have you ever seen the movie “Office Space”? Yeah, I lived it,” Harbour said, “I stayed in that job for 90 days and in that 90 days I plotted my escape.

With her husband, Josh, Harbour began laying out the idea for her store. She decided on Athens as the home for Red Dress when her husband took her to visit for a football game in 2004.

“I could care less about the football game. I had never seen anything like downtown Athens. There weren’t any chains: it was all small businesses and they were successful,” Harbour said.

While Harbour was ready to jump head first into her new passion project, her father wasn’t entirely thrilled with the idea. Despite starting a small farm business himself, he wanted Harbour to be prepared for the hard times to come. So he brought Harbour and her husband into his office and sat them down with his accountant to find out just how dedicated they were to this plan.

Ultimately Harbour got her wish. She had found a small 800-square foot area on Baxter Street during her initial visit to Athens and, two weeks after visiting, she returned to Athens to sign the lease for the space. A week later, Harbour and her husband put their house on the market. Once it sold another week later, Harbour and her husband quit their jobs with TSYS and made the move to Athens.

The first year the couple spent in Athens was difficult. After taking out a six figure loan and investing most of what they made selling their house into the store, Diana and Josh didn’t have enough money to buy a house. Instead, Josh asked friends to let him and Diana sleep in spare bedrooms on a rented air mattress. They lived out of one suitcase each and paycheck to paycheck, with Josh working at Enterprise Rent a Car and Diana devoting all her time to Red Dress.

“That teaches you that you can do without. We would go to On the Border and split fajitas because it was enough to fill us up and we were out $13. That was a splurge. You do what you have to do,” Harbour said.

Against all odds, Diana managed to transform Red Dress Boutique from a tiny space on Baxter Street into the successful small company it is today.

There were bumps in the road along they way. In September 2008, America experienced an economic recession that put many stores in Athens out of business. When Harbour had first come to Athens in 2005, there had been about 15 successful boutiques between downtown and Five Points. By 2009, 12 had gone out of business.

“I used to take a walk down the streets of downtown just to see who went out of business that week,” said Josh Harbour, COO of Red Dress. “It was not a good time.”

Though Harbour, like many other store owners in Athens at the time, was used to selling high end clothing, Harbour was able to adapt Red Dress. Harbour shifted the model of the store to primarily be at a price point below $50 by buying from up and coming indie designers that sold quality fashion at an affordable price.

“What Diana’s really able to do is sift through 95 percent of all the fast fashion out there that isn’t up to her standards, and find the 5 percent that is under $50 and a good value at that price point,” Josh Harbour said.

A Bullet Train that Never Stops

However, just because the store itself has become a fully realized dream doesn’t mean that Harbor has stopped. In fact, ever since she launched her website in 2012, it’s been a non-stop bullet train.

“There isn’t really much time to reflect. You don’t develop this business, get to plateau for a second and sit up and look down. She truly is still running this thing from the ground up, so there is no reflection,” said Kristen Kacmar, Vice President of Marketing for Red Dress.

Despite the constant stress and influx in work to do, Diana loves the fast paced nature of what she does.

An Expression of Herself

Part of the reason Harbour loves what she does is because Red Dress isn’t just something that represents the tangible manifestation of her dream; it’s her creative outlet.

“From the second you walk in the door, this company is Diana. Every single thing you look at, it is an evolution of Diana; it is current Diana. The employees here, the color paint on the wall, the way it is set up,” said Kacmar. “This company is Diana Harbour, from tip to tail.”

The store is where Harbour feels truly happy and entirely herself. In fact, contrary to what many believe, the store was named in testament to her happiness. Red Dress didn’t get its name because it was started at the University of Georgia; it got it’s name because, when Harbour was two years old, she used to always wear the color red.

“My mom said ‘you loved the color red. It made you happy.’ So I called [the store] Red Dress, because that was a moment in my lifeline that a color made me really happy, so much so that I wanted to wear it everyday,” Harbour said.

Like always, Harbour and her goals for Red Dress are growing and evolving.

Coming late this summer, the company will release a mobile app and site as well as a new design for the website. Along with that, Diana herself has fulfilled her other dream and quietly released four in-house lines on the Red Dress website: Oura, Story, Fable, and Ever After.

“In life, you have two choices: you can have security or you can have freedom. And if you work your ass off, you can have both of them. That’s what I wanted to do,” Harbour said.

Keep it trendy: your survival guide to summer style

If you’re like most viewers, you binge-watch an entire season of “Orange is the New Black” i…

Although summer is celebrated as one of the funnest, freest times of the year for students in general, there’s another side that’s less jovial…

On the east side of Athens, pet owners once had to drive out of their way to the other side of town to get supplies for their animals. This en…

College students tend to be low on cash, and are often tempted to bargain-hunt as a way to find affordable clothing, shoes and other forms of …