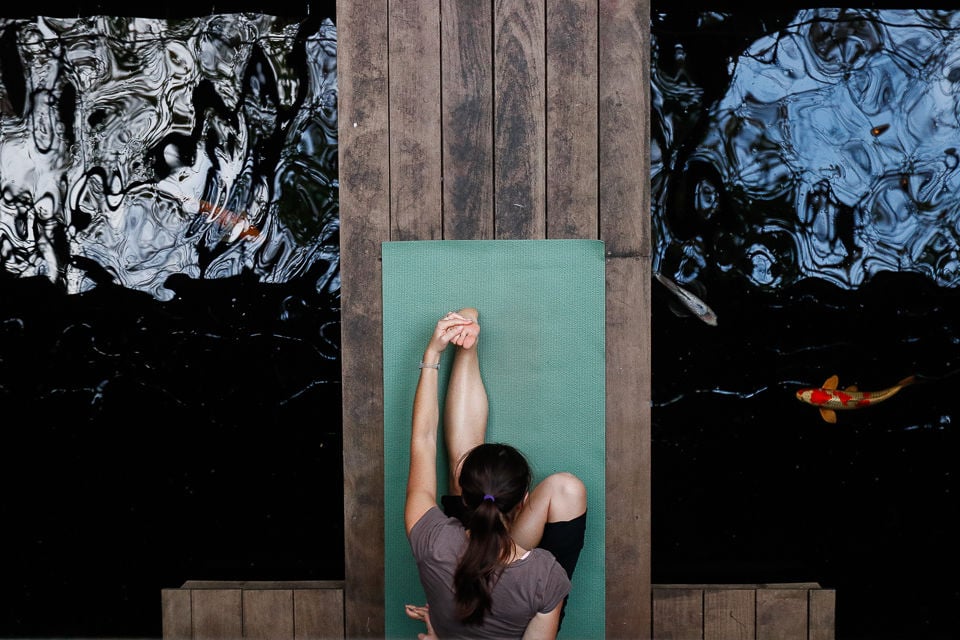 A woman holds a pose during M3 Yoga's session in the Tree Room in Athens, Georgia, on Friday, November 3, 2017. M3 Yoga will be offering free Black Friday classes on Friday, Nov. 24. 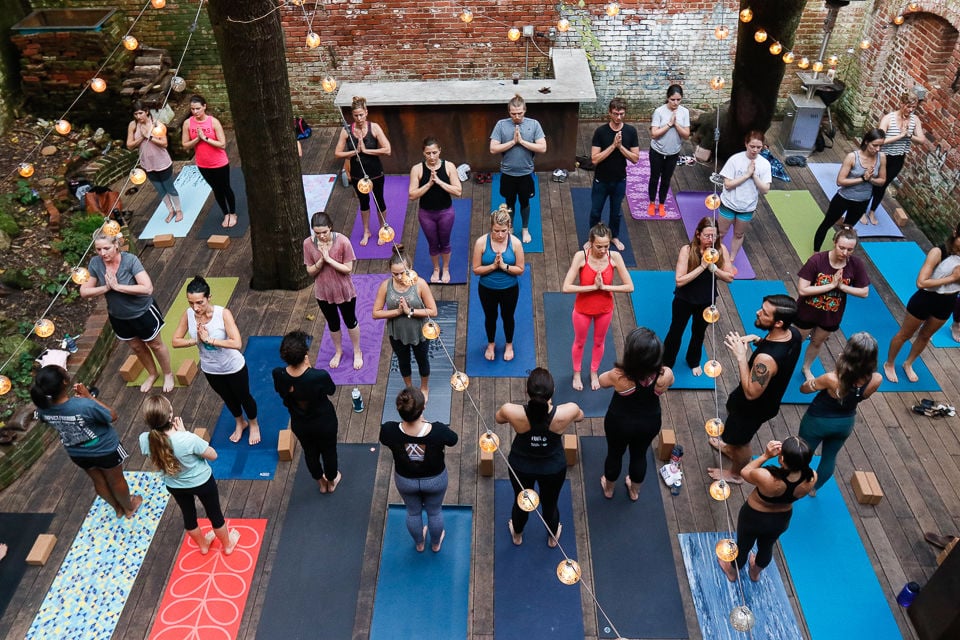 A woman holds a pose during M3 Yoga's session in the Tree Room in Athens, Georgia, on Friday, November 3, 2017. M3 Yoga will be offering free Black Friday classes on Friday, Nov. 24.

The class was instructed by Nick Combs, who is also the owner of the yoga studio and a registered nurse. He began yoga many years ago when he was diagnosed with degenerative disk disease and found yoga to be one of the only things to help with the pain.

“I had tons of injections in my back and I eventually tried yoga and love it,” Combs said. “It’s the number one thing that’s helped me with my back pain.”

He began teaching several years ago and taught for free for a period of time.

“I really wanted to give back to the people that needed yoga like I did,” Combs said, “I wasn’t looking to open up a big studio and this space just kind of fell into my lap.

The studio is located off of Oneta Street and is right next to the Athens Cotton Press. Inside the building, they have a studio room upstairs and also the Tree Room, where the rocket yoga class took place. Tree Room has almost a magical feeling. There is a pond with koi fish and a tree that is the center of the room while practicing yoga the attendees can be one with nature.

“The energy in here is amazing and this tree has been here longer than the building,” Combs said. “The building kind of grew up around it so we are still respecting the trees space.”

The class taught rocket yoga which is based on ashtanga yoga which was founded by Larry Schultz, the yoga instructor for well-known band Grateful Dead. The class consisted of multiple vinyasas, 1st, second, and third warrior poses and other positions that worked the arms, legs and core.

“It’s challenging but also really nurturing,” Combs said. “It really encourages you to explore your own poses.”

The class was catered toward yogis at all different levels. There were people who were beginners and this was their first time taking a yoga class and then there were others who were doing handstands. Lori Hanna was an experienced with five to six years under her belt, however, it was her first time at M3.

“I’m really excited about doing yoga in this room because it is really nice,” Hannah said. “I really think this class will help improve my flexibility.”

The end of class was a period of relaxation where the class was asked to sit still, lay on their back and focus on their breathing. Combs called this the most challenging part of yoga to some who find it difficult to feel inside of themselves.

The instructor was focused on the students throughout the class even helping beginners do a handstand. He also encouraged them to “screw the Instagram poses” and recognize that everyone is at their own level and when practicing yoga they have to focus on their own bodies and not the poses anyone else can do.

Michael Lehman talks about the late Gregg Allman, and his friendship with the legend through the years

The hard-rocking fire and the sweet, southern spirit of the late Gregg Allman is remembered through his newest album “Southern Blood” and through the scholarship gifted to University of Georgia’s Hugh Hudgson School of Music on behalf of Allman and Michael Lehman, his music manager and close friend.

The musical “Cabaret” has been drawing audiences in for just over 50 years now and shows no sign of slowing its influence. The production has seen numerous revivals and continues to make an impact even in today’s world. The show’s entrancing songs and suggestive dance numbers are a large part of what makes “Cabaret” a cabaret; however, arguably the most important aspect is the powerful and ultimately jarring plot.

In no particular order, here is a list of five of the best recent musicals to run on Broadway.

Kendra Scott is a lifestyle brand best known for its jewelry, but just last year, the brand expanded to include home goods. The Kendra Scott pop-up shop will be running Saturday, Nov. 4 from 10 a.m–1 p.m at the Graduate Athens Hotel.

A Student Spotlight, a discussion about small spacecraft and a star watch are a few events to look forward to this weekend.

Nestled at the end of a snaking side hallway of Hotel Indigo, a quaint exhibit awaits those who wish to experience art at any hour of the day or night.

The Alabama native and Athens transplant discusses his new EP, creative detours and the music that shaped his music style. The Red & Black…