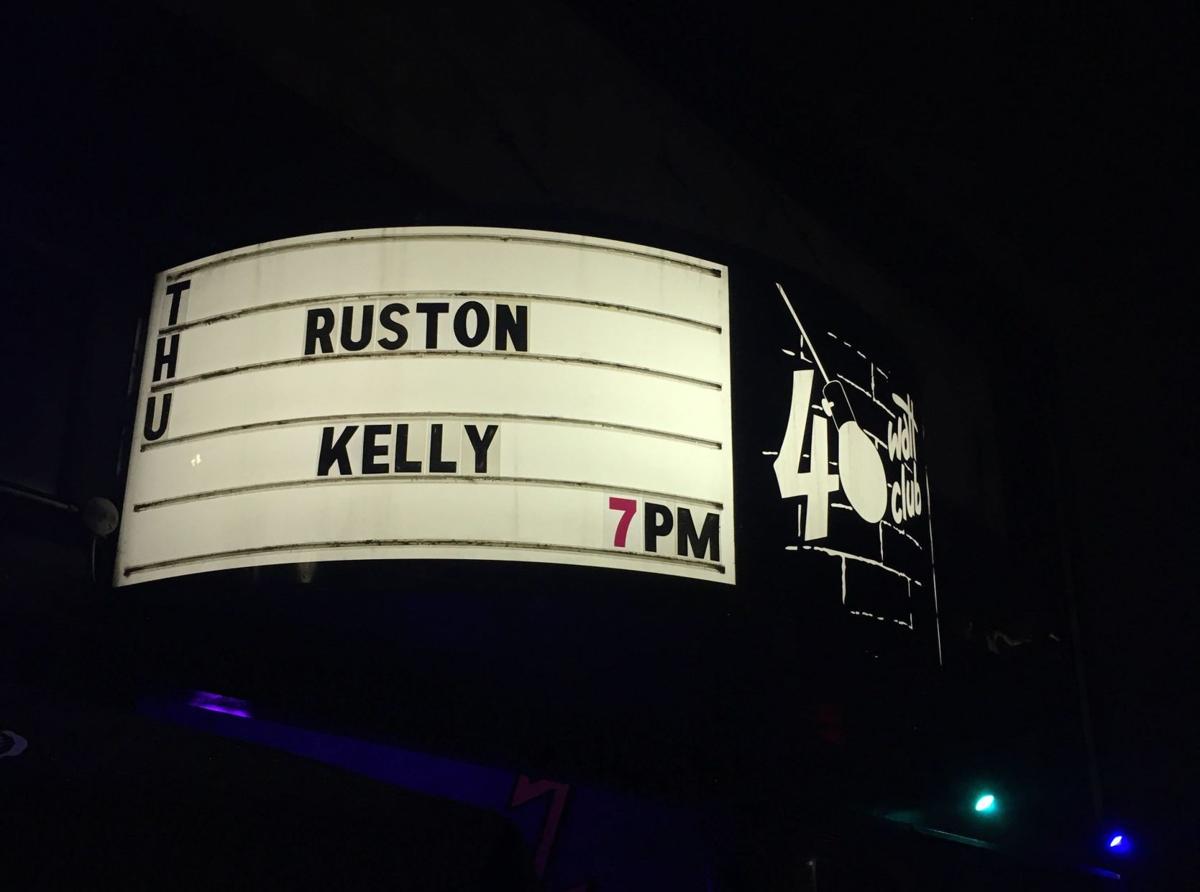 Ruston Kelly, who has pioneered his self-professed genre of "dirt emo," performed at the 40 Watt Club on Feb. 20. (Photo/Erin Kenney) 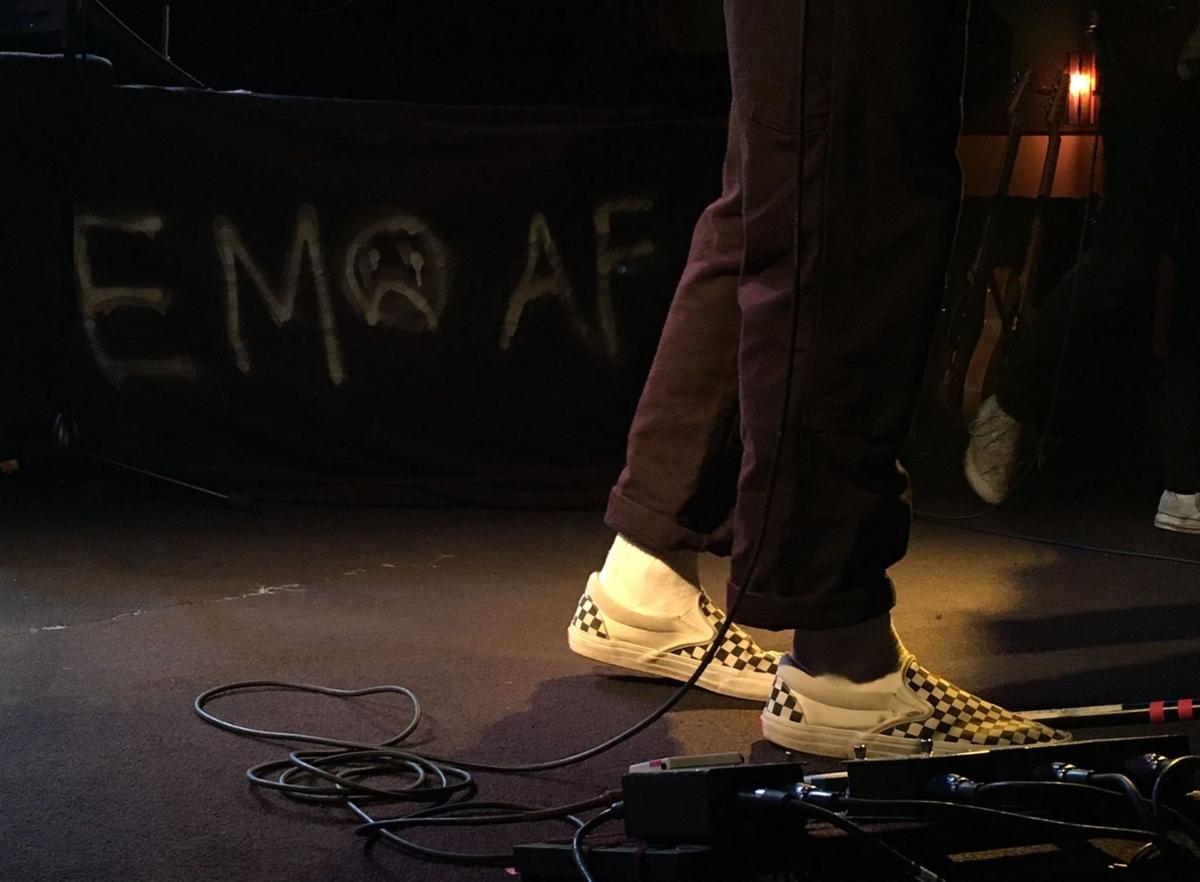 Ruston Kelly, who has pioneered his self-professed genre of "dirt emo," performed at the 40 Watt Club on Feb. 20. (Photo/Erin Kenney)

The mostly-older crowd wandered the venue in coats and dripping umbrellas, eager for the show to begin, but perhaps also happy to be out of the downpour.

The show opened with Natalie Carol, the vocalist from psychedelic soul outfit Valley Queen currently on her first solo tour. Carol seemed almost ethereal on stage, singing in a flowy dress while backlit with blue and green lights. The audience mulled around the venue and chatted during her first few songs but moved to the front of the floor by the end of her set.

Carol shared stories about her recent breakup and struggles with touring alone, which were met with cries of support from the audience. One person near the front of the stage proclaimed, “2020 is the year of self-love,” which Carol echoed through her microphone.

Carol performed songs off Valley Queen’s 2018 album Supergiant, such as “Supergiant,” and “Chasing the Muse.” Her raspy voice and effortless vocals gave the crowd a calm start to the night, while her energetic guitar solos offered a glimpse of what was to come. Carol also sang songs yet to be released, like “Slow Motion,” joking that the crowd wouldn’t mind if she played new songs since no one really knew her. At the end of her set, she toasted the crowd, raising her Bud Light while the crowd, in turn, raised White Claws and mixed drinks.

Between Carol and Kelly’s sets, stagehands pulled sheets off of mystery objects on stage — revealing somewhat eerie angel statues and a keyboard adorned with a banner that read “Emo AF,” scrawled in spray-paint. As the crowd waited for Kelly to take the stage, anticipation rose.

When Kelly and his band finally took the stage, they didn’t look like they were about to play a country — or “dirt emo” — set. Kelly wore checkered Vans and a beanie, while other band members wore t-shirts and black jeans — no cowboy hats or boots in sight.

The crowd became instantly infatuated with the singer. Many fans knew the words to every song Kelly played, belting hard-hitting lyrics touching on topics like heartbreak and drug abuse. Towards the back of the crowd, audience members sat at stools and sipped drinks while taking in some of Kelly’s twangier and softer country songs, like “Mockingbird” and “Jericho.” The front row, however, showed enthusiasm for louder, grittier songs, headbanging to Kelly’s cover of Wheatus’ “Teenage Dirtbag.” At one point, an audience member reached up to Kelly onstage to give him a guitar pick, which Kelly slipped in the pocket of his black overalls.

Nearing the latter half of his set, Kelly paused to recognize his bandmate and father, Tim “TK” Kelly. TK taught Kelly to play pop-punk songs on instruments like guitar and banjo, greatly influencing his current style, Kelly said. When Kelly gestured to his father onstage, seated at a steel guitar, the crowd cheered and raised their drinks to him.

When Ruston Kelly and his band finished their set, they left behind an audience wanting more. Chants of “one more song,” filled the room, and Kelly and his band reappeared on stage, giving fans another ten minutes of powerhouse vocals and impressive musicianship, before bidding farewell a second time against 40 Watt’s trademark blinking lights.

From West Virginia metalcore to 1970s-influenced punk, The Red & Black has compiled a guide of where to find music in Athens on Feb. 21-22.

The brewery, adjacent to the Athens Cotton Press, is the fifth to open in Athens, the first in the Normaltown neighborhood and the smallest in the city.

It’s taken a year to arrange, record and release, but “Classic City Wax: Vol. 1,” the first of many planned vinyl compilations to spotlight the Athens hip-hop community, will see the light of day on Feb. 22.

Places to record your music in Athens

Between cooperative art studios and student-run labels, Athens has a number of different resources to record all types of music.