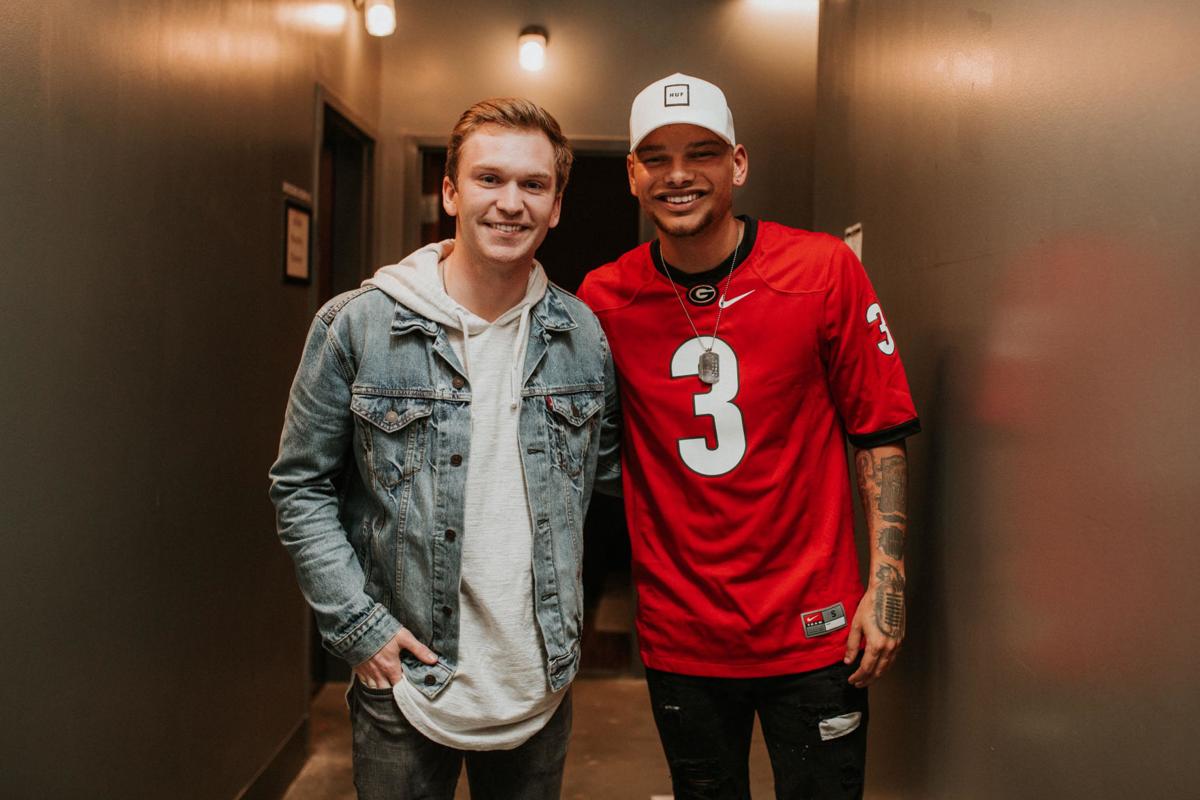 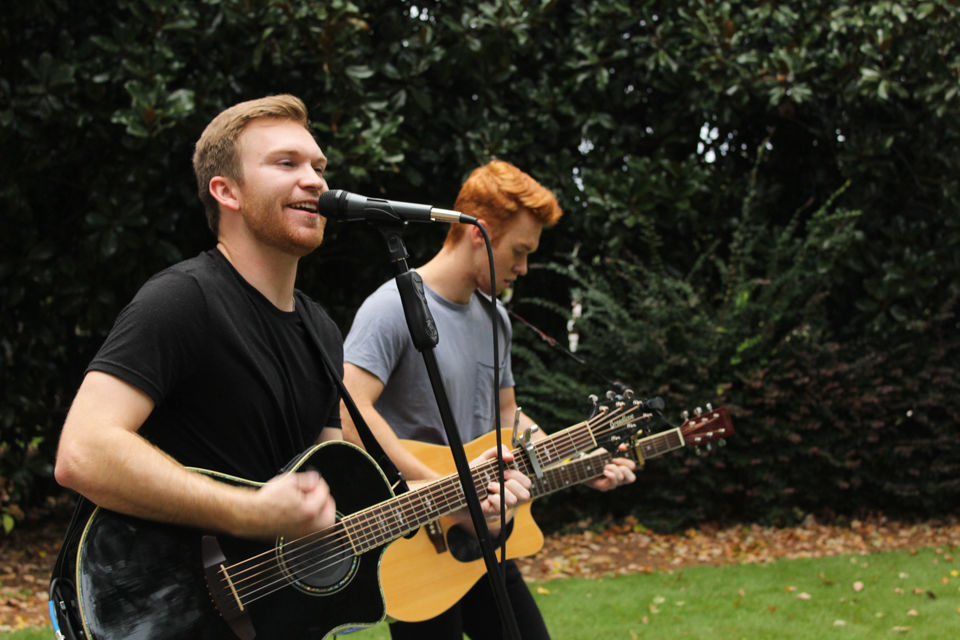 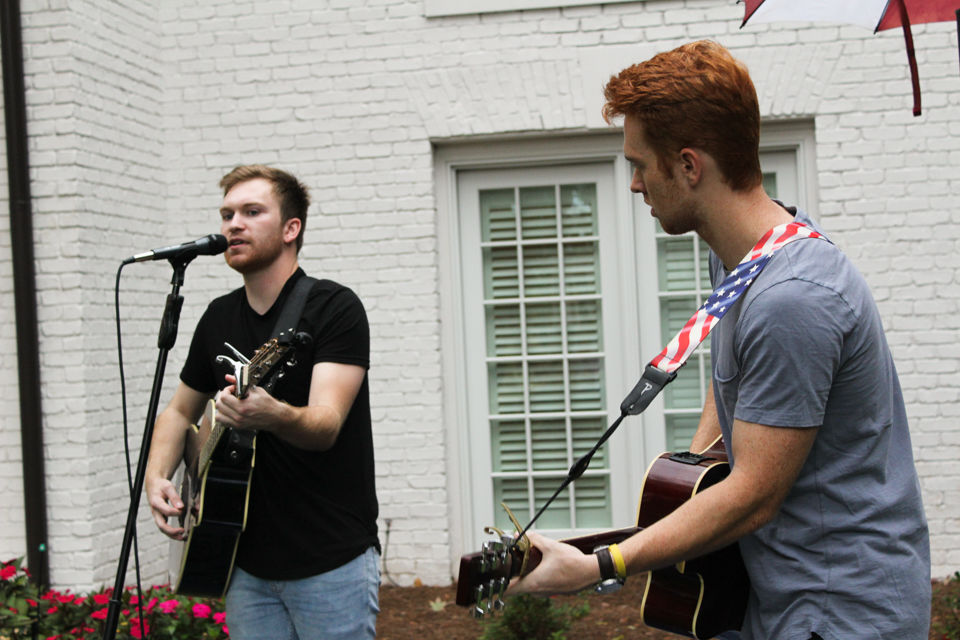 The University of Georgia is home to many incredible students. With over 28,000 of them, it’s impossible to meet them all, but one particular student is worth knowing.

Kyle Clark just transferred to UGA last fall and at only 21 years old, he’s had six songs on the radio, over hundreds of followers on his Spotify and opened for Darius Rucker at the Verizon Wireless Amphitheater. He is a rising country star and has been pursuing a career in country music ever since he started singing.

“There’s videos of me singing old Kenny Chesney, Alan Jackson and George Strait songs,” Clark said. “My parents always liked listening to country music, so I was influenced by that.”

Clark is a self-made, self-taught artist. He’s taught himself how to sing and play guitar; in addition, he’s funded every aspect of his singing career from recording time to music videos.

“I’ve been managing myself,” Clark said. “My paychecks come in and they basically go all to music. I took all my graduation money and made an album.”

UGA student Niki Neiconi is an intern at Full Moon Studio where Clark produces his music. Neiconi mentioned how frequently Clark goes into the studio.

“I like his work ethic — he is in the studio most of the time [that] I’m working,” Neiconi said. “He really works to make sure his music sounds the best it could possibly sound.”

Clark explained his rise as a musician as “insane.” After his first performance at the Miss Jackson County Pageant his sophomore year of high school, he soon realized his natural talent could turn into a possible career.

By his senior year, Clark released his first song “Small Town Rivalry.” The release of his first single took a large step forward for his career, but he found it hard to prioritize music while still in high school.

“I had other focuses in high school,” Clark said. “I think that is why it was tough to get really serious about it because of the confidence with it. It wasn’t like I had had that sense of recognition with it yet.”

Clark found his popularity, success and focus on music growing tremendously after going to college. In the spring semester of his freshman year at the University of North Georgia, Clark found his music career blossoming.

“It hit top 100 or right on the outside of top 100 iTunes country albums,” Clark said. “Of course, it’s not top charts, but it charted. It had a number beside it. Luke Bryan was next to me and Brantley Gilbert, Jason Aldean and their albums were sitting there.”

In addition to charting, it played on 94.9 The Bull.

“It was on The Bull and had like five weeks at number one,” Clark said. “It's a cool accomplishment to have because you have your fans voting for you to be number one over nine artists.”

After the success of this EP, Clark found the sense of recognition and confirmation of his talent. Around this same time, he found himself with an invitation to “The Voice.”

“I was invited to be on ‘The Voice,’” Clark said. “Their talent person emailed me after seeing some of my YouTube videos. I skipped the initial round and got to go to the call back round. It was all people who had made it through the first round, so they were all talented people.”

Clark didn’t make it past the call back round he went to. Though rejection can be hard, Clark took it as a learning experience.

“I didn’t see it as a failure,” Clark said. “I thought they were going to regret their decision not taking me. I want to show them what they missed out on. That is how I took it and ran with that kind of ‘chip on the shoulder’ attitude about it. I decided to grind and get a lot better.”

With his determination and confidence, Clark worked to get better. It was after this rejection that he went on to win Nash Next, a radio competition that works to find the next best names in country music. By winning that, he was rewarded with a chance to open for Darius Rucker at Verizon Wireless Amphitheatre.

Clark started laughing when reminiscing on his performance opening for Darius Rucker. He explained on stage at that major performance, it was only his group’s fourth time ever performing for a live audience together.

“That’s what’s really funny about it — I started off in one of the biggest venues,” Clark said. “Most people play a bunch of little shows their whole life and then have a big show. Playing on little stages now gives me that hunger to get better and get back to that big stage.”

Clark said the concert as an “inspiration,” and after it, he wrote some of his best songs. The success at Verizon also led to another big show.

“My favorite performance of all time was the Coca-Cola Roxy [Theatre] show with Kane Brown,” Clark said. “There were over 3,600 people there.”

Though he loves the big stage, he is still working to spread his name and music around the Athens area. Recently, he performed for one of Delta Gamma’s philanthropy events.

“I was kind of at a loss because it’s a philanthropy event and everyone charged a lot and my sister told me about him,” Lockwood said. “She gave me his [Clark’s] number. I texted him and I was like, 'He is definitely going to say no just like everyone else,’ but he didn’t. He said it’s not about the money. He just wanted to gain some experience and exposure in Athens, and he would love to do it.”

Every so often, it comes time to part ways with things that are beloved.

As the doors finally close on 2018, it’s time for the final holiday of the year, complete wi…

Christmas in the Classic City: 5 Restaurants to visit on Christmas Day

While many University of Georgia students have headed home for holidays, Athens still hangs …

2018 Records to keep spinning: The 5 best records of the year

The resurgence of vinyl: Is it just a fad or does it have enough staying power?

It could be argued there has never been a better time to be an avid consumer of music. Today…

In the United States, the average family can waste 180 gallons of water per week from household leaks, according to the U. S. Environmental Pr…

After a long-winded chain of events, Michael Burgos gained a strong impulse to study theater in Paris, where he turned the universal subject o…

As the first weekend of the semester approaches, we've compiled a list of the need-to-know events happening on campus and throughout the city …

The year is still new, but the music scene in Athens remains full of vibrant talent coming in and out of the Classic City. Celebrate 2019 and …

Whether you are a University of Georgia student or resident of Athens, no matter what time of year it is, the city is always exploding with ni…

On the outskirts of downtown Athens, Sister Louisa’s Church of The Living Room & Ping Pong Emporium is an established name for Athens loca…

Detroit-based band Alberta & The Dead Eyes recently released its latest record “mmmmm,” but how do you say the title?

When most college students sit through their economics class, they can reasonably assume the biggest excitement they’ll have during the period…