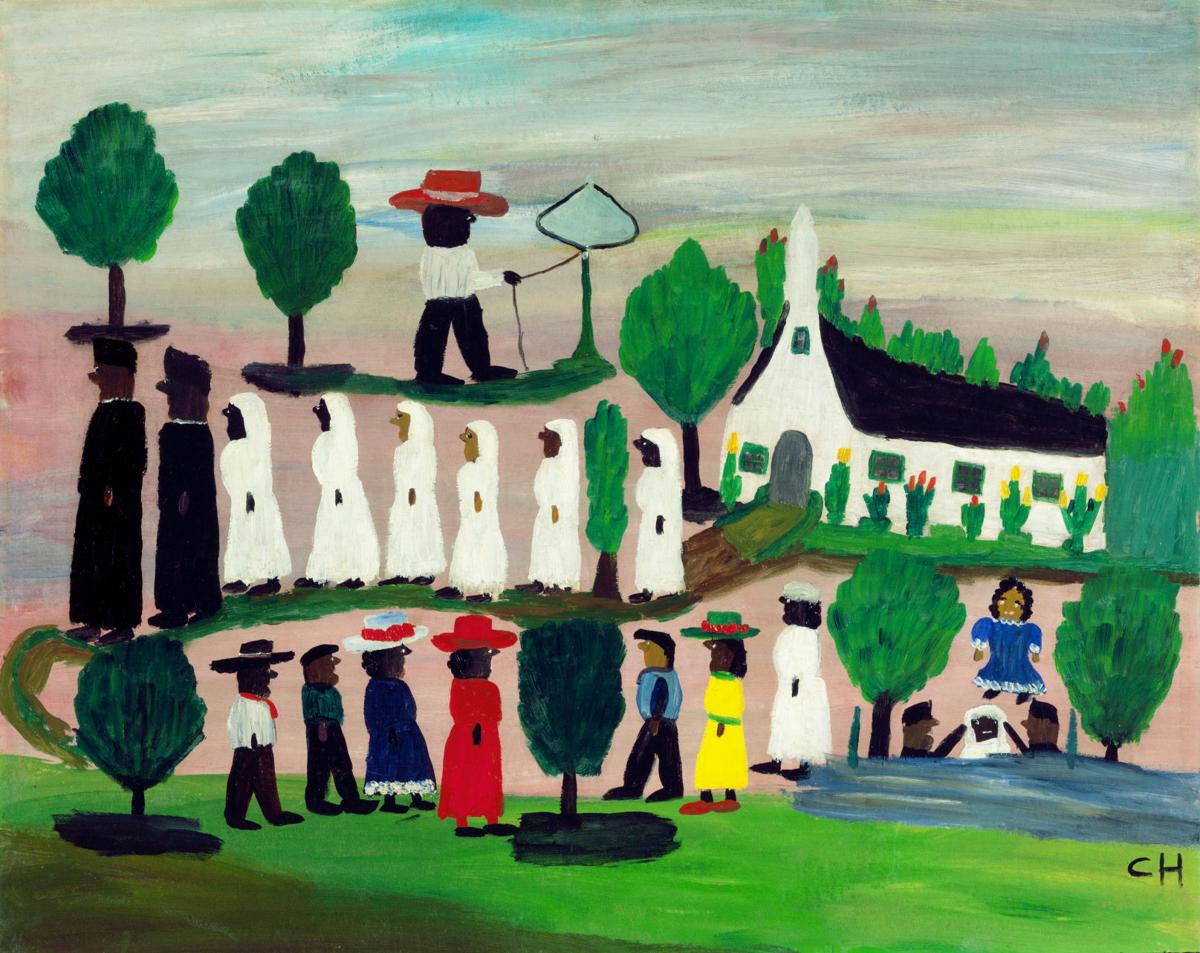 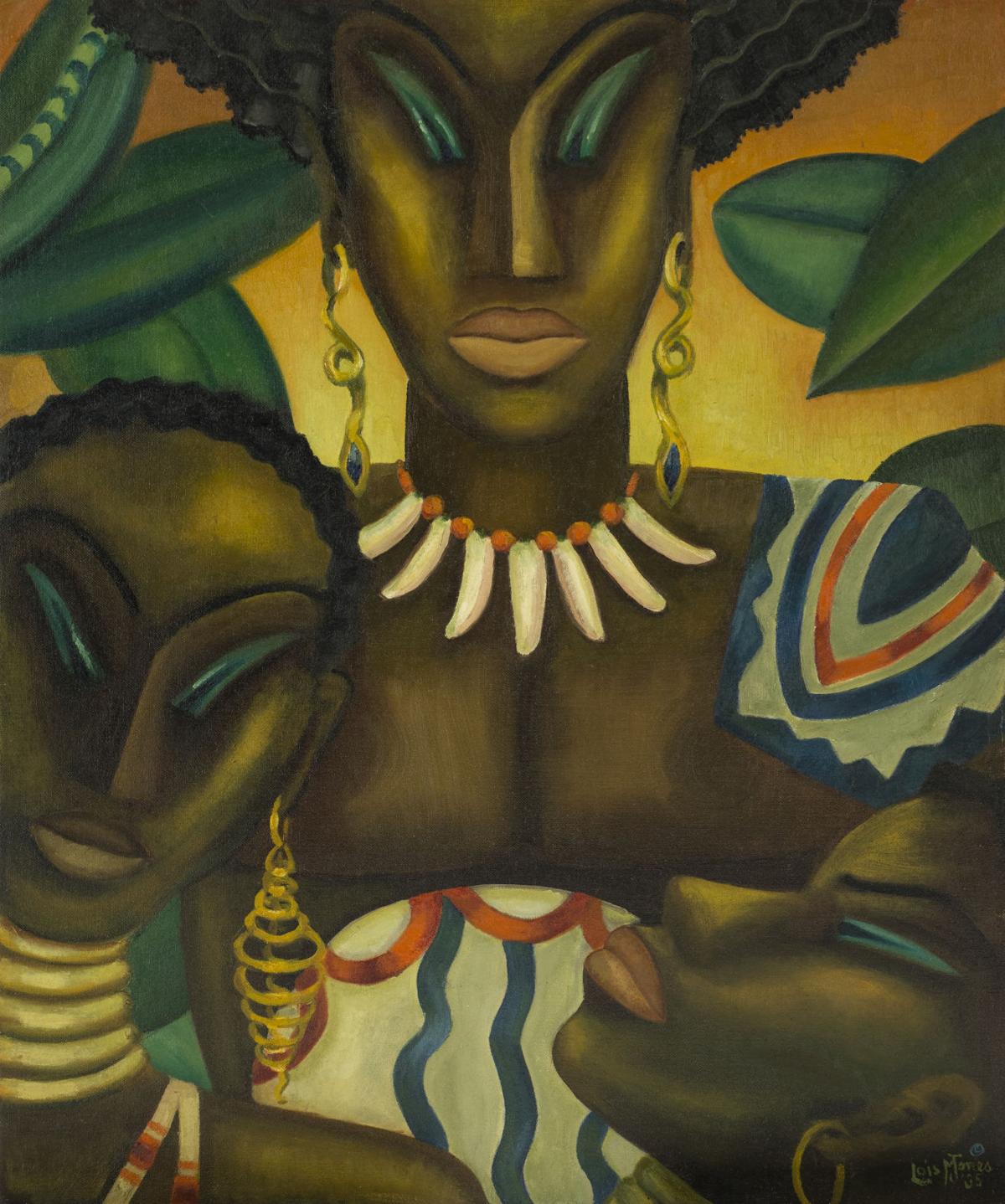 Nell Blaine, a Virginia native who explored the intricacies of color and different styles as a painter, contracted polio in 1959 and was told she could never paint again. Despite the dire diagnosis, Blaine retaught herself to paint, and even though she was confined to a wheelchair, she continued on to have a prosperous career and travel the world.

“Art is central to my life,” Blaine said. “Not being able to make or see art would be a major deprivation.”

This quote serves as the inspiration for the newest exhibition at the Georgia Museum of Art called “Central to Their Lives: Southern Women Artists in the Johnson Collection,” which debuted at the museum on June 30.

The exhibition, along with an accompanying book published by the University of South Carolina Press, explores the lives and impacts of 42 Southern women who created art between the late 1890s and early 1960s. Each woman is highlighted in the exhibition by the display of one of her works of art, as well as a caption telling her story.

“Central to Their Lives” includes a diverse array of art, from paintings to abstract works and sculpture.

Hillary Brown, director of communications for the GMOA, said the Johnson Collection, the collection that organized the art, very intentionally decided to feature sculptors in the exhibition.

“Art is central to my life. Not being able to make or see art would be a major deprivation.”

“Women sculptors in particular tend to get a little bit of short shrift,” Brown said. “It’s traditionally perceived as a more male field, which is ridiculous.”

“We feel that rather than just holding it all here in Spartanburg, if we can send it out to different cities, we expand its exposure,” Blackman said.

The Johnson Collection spent 15 years gathering the featured works for “Central to Their Lives” and about three creating the companion book, which features contributions from 26 different scholars who offer more information about the featured artists.

Blackman said one of the collection’s founders, Susu Johnson, is a fierce advocate for women and her passion for honoring the achievements of women in the art world spurred the creation of the exhibition.

“We wanted to tell these important stories,” Blackman said.

Each of the 42 artists has a complex and amazing story, and Blackman struggled to choose any stand-outs.

There’s Willie Betty Newman, a portraitist from Tennessee who decided to leave her husband and son to pursue her artistic passions in France, where her works were exhibited at the Paris Salon.

“We wanted to tell these important stories."

- Lynne Blackman, director of communications for the Johnson Collection

There’s painter Kate Freeman Clark, who would sign “Freeman Clark” on her paintings to hide the fact that she was a woman and was only recognized as a skilled painter after her death. Many of the women, faced with the sexism and societal constraints of the time, would sign their names in a similarly ambiguous way, or use pseudonyms to pass their work off as a man’s.

Working as artists in this era brought a host of challenges for all of these women, but women of color faced extra roadblocks on their path to pursuing their dreams. Loïs Mailou Jones, an accomplished artist and teacher, acknowledged these hardships.

“There was the double handicap: being a woman and being a woman of color. I kept going on, with determination. As I look back, I wonder how I’ve done it,” Jones said.

Another African American artist featured in “Central to Their Lives,” Augusta Savage, left her home in Florida to travel to New York City with only $5 to her name, trying to find better opportunities in a world where few were available to women of color. She became a leader in the Harlem Renaissance movement as a sculptor and had her work displayed at the New York World’s Fair.

“Augusta Savage, as somebody who’s working in the early 20th century, as an African American woman sculptor, that’s amazing. She deserves to be highlighted,” Brown said.

The exhibit for “Central to Their Lives” will be on display until Sept. 23. The exhibition will visit museums in a total of seven states over the next three years, allowing people all over the South to learn more about the women who contributed so much to the culture and vibrancy of the region.

American Aquarium to perform at the Georgia Theatre

Home is where the art house is: Ciné seeks to secure its home for good

Chloe Tyler speaks in rich colors and busy designs. She tells stories of families, of belong…

When Susannah Cahalan was 24-years-old, she was enjoying her career as a journalist, writing for the New York Post. That’s when things started…

Get your puppy's facts with PuppyFax: New app reveals lineage of adopted dogs

When you buy a used car, knowing the history of that car and its previous owner is vital. This information and more can be found through the w…

Florence + The Machine, an English indie rock band, released its fourth studio album in three years on June 29. As poetic as it is personal, “…

HelloFresh provides convenience and simplicity, but isn't worth the money

Let’s face it, cooking isn’t always for everyone. It can be a time consuming endeavor, something that can’t always be done during the hustle a…

Lindsey Payne, owner of Lindsey’s Culinary Market, thrives in a state of culinary creativity. Payne receives most of her ingredients from her …

At the age of 10, Nury Castillo Crawford made a journey from a familiar home to a foreign land. Along with her parents and two siblings, she made the life-changing move from Peru to Columbus, Indiana.

The Powers is a whole family affair. This edgy Ameriana rock band is made up of two brothers and two cousins.  The four band members grew up l…

The Foundry in Athens was full of live music, laughs and high energy on Saturday, July 7, when comedian Dom Irrera took the stage.

Cancer can disrupt a family from the inside out, reaching its hands inside more than just the one battling the disease. For a child watching o…

Kayaking, local musicians and chess at fourth annual Rhythm on the River

Lemuel LaRoche feels at ease when playing a game of chess. To him, chess is a game of intense thought and concentration that can translate int…