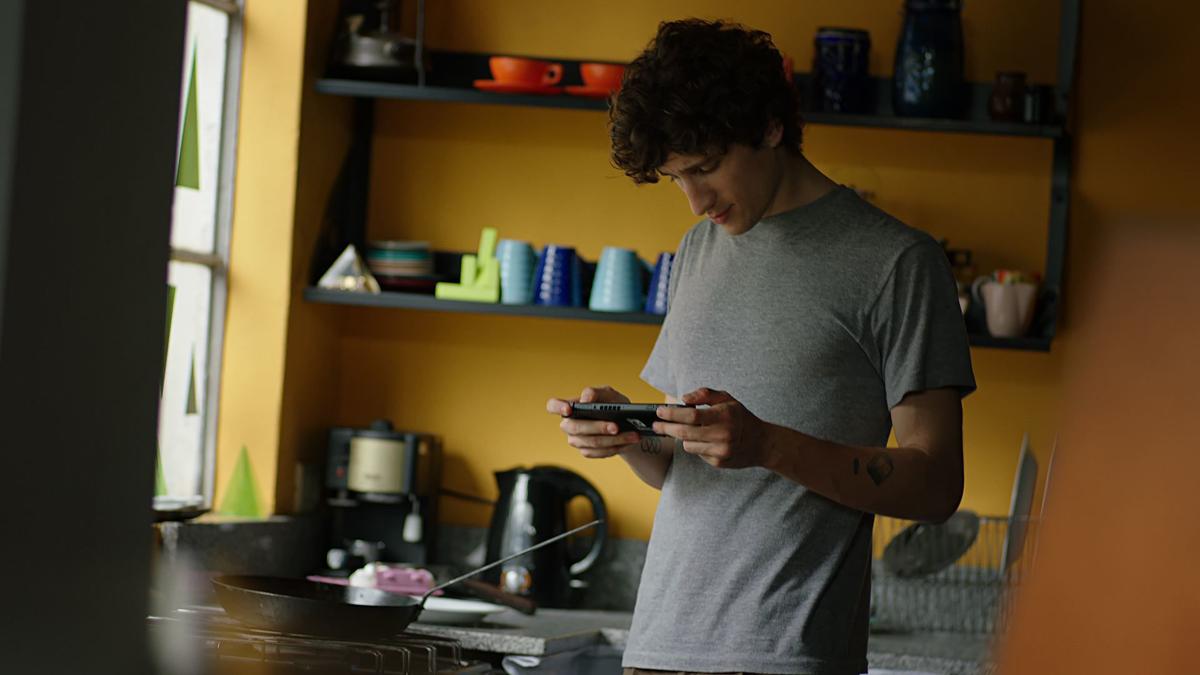 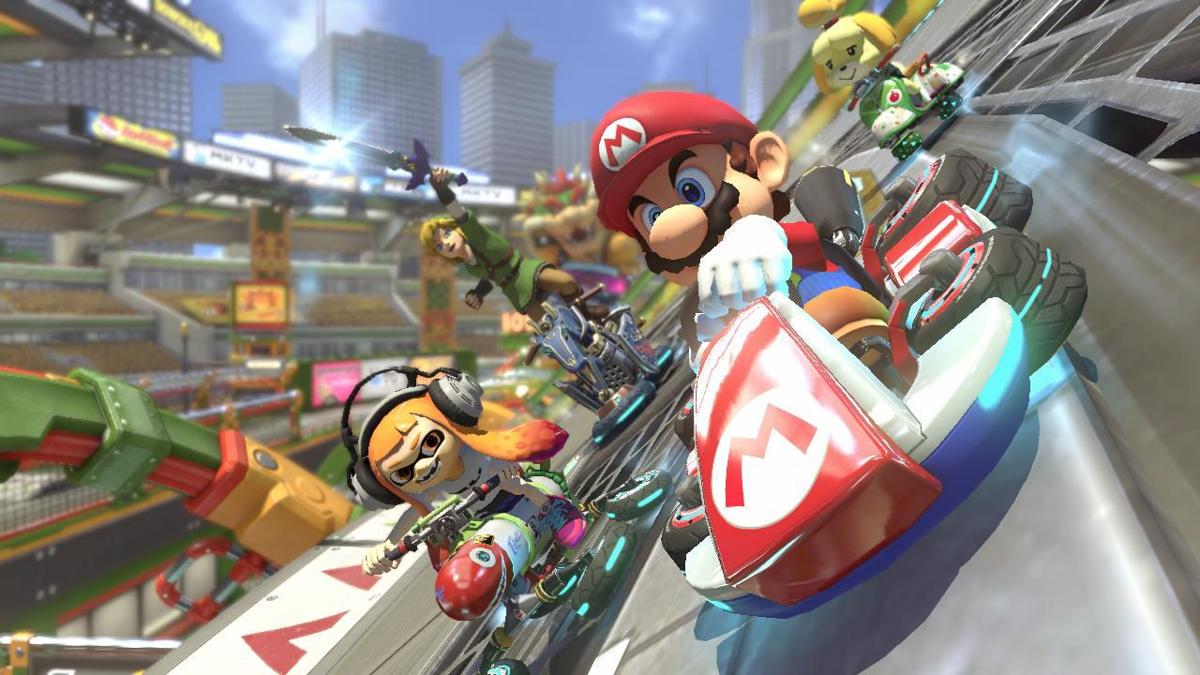 The "Mario Kart" series is a great choice for busy college students who don't always have time to play video games for long periods of time. 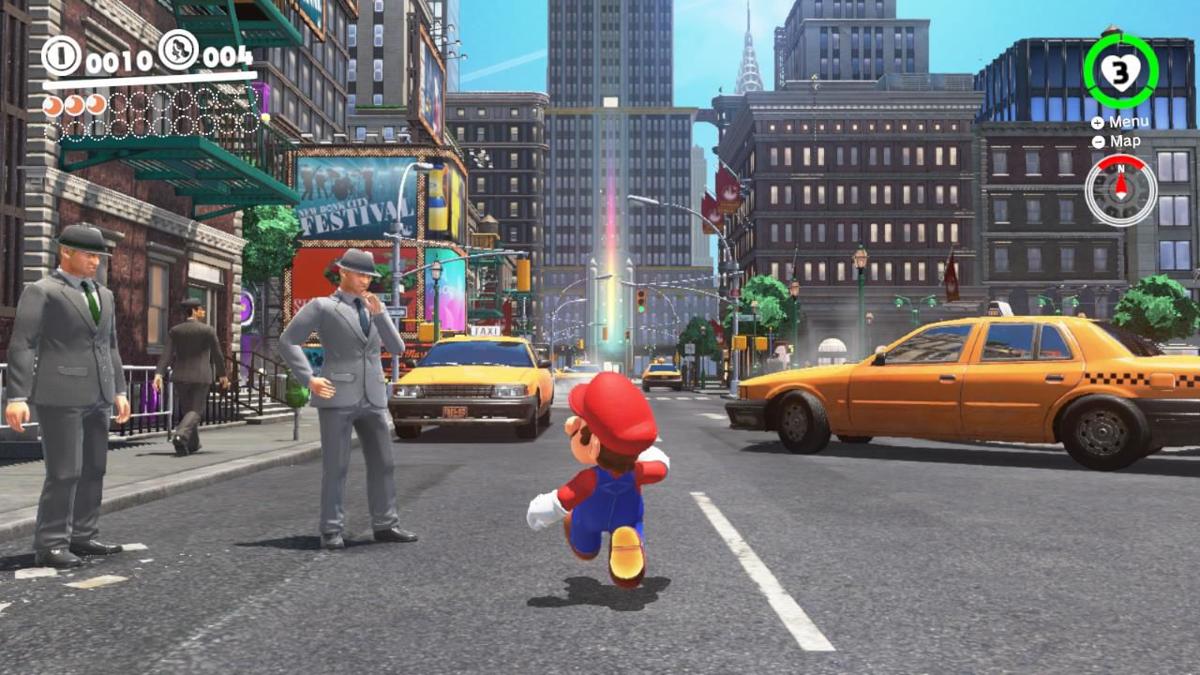 "Super Mario Odyssey" has immersive gameplay and thousands of collectibles for players to find. 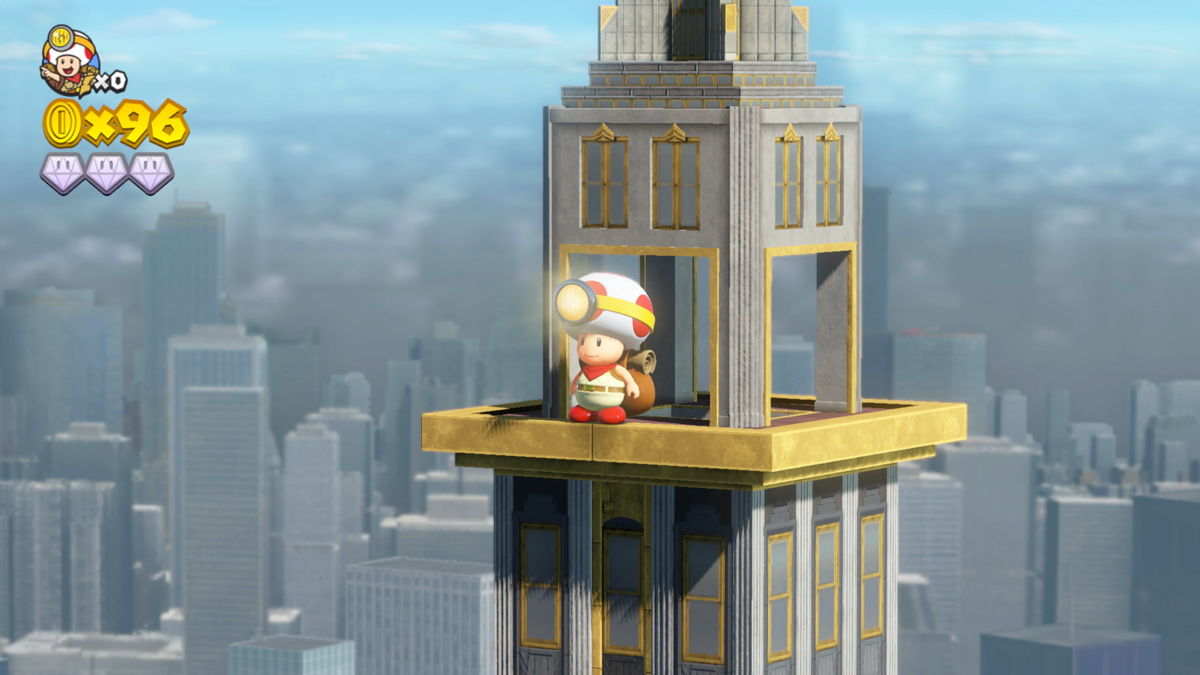 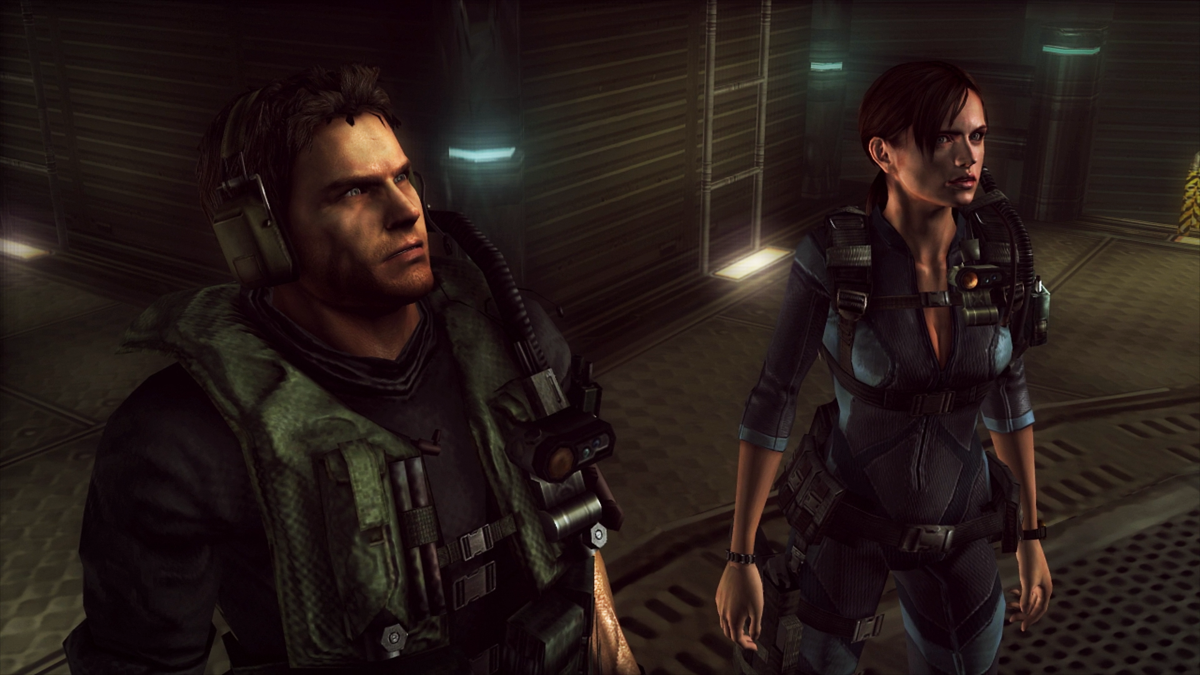 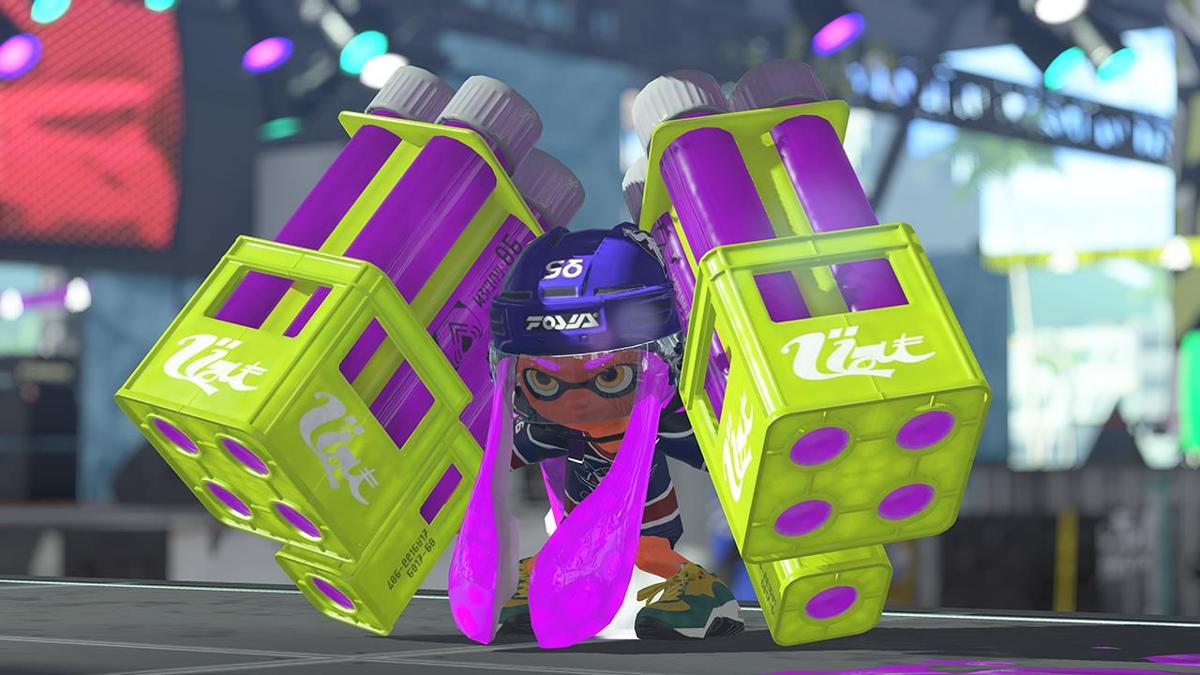 "Splatoon 2" is a sequel to the massively popular Wii U game "Splatoon," and features both a story mode and an online multiplayer mode.

Because of both its power and portability, the Nintendo Switch allows users to play console-quality games whenever and wherever. For college students, the ability to play these games on the go is invaluable as we go about our hectic schedules.

Some games are more considerate of the player’s time than others, though. With the five Nintendo Switch titles in this list, time-crunched college students won’t see their precious leisure go to waste after they lose a match or fail a level.

“Revelations” is an especially suitable game for those with limited time due to its straightforwardness. Overall, progression is based on making your way through linear paths, wiping out enemy hordes and defeating bosses — you will rarely scratch your head wondering where to go next or how to solve a puzzle. You may even feel like you’re playing an arcade game at times.

Though simple in design, “Revelations” is not a cakewalk — you will likely die quite a few times. Fortunately, however, death is never too tragic, because the game automatically saves at generous intervals.

Even though its single-player content offers challenges that can take multiple attempts to complete, “Mario Kart 8 Deluxe”’s online multiplayer mode features a progression system willing to reward players if they don’t finish in first place or even in the top three.

When playing this mode, your rank will increase far more often than it will decrease. In its generosity, the mode tends to allow for a small increase in rank to those who aren’t among the top finishers. As long as you can play at least decently, you’re almost always guaranteed a consolation prize.

If you want to unlock every vehicle part in “Mario Kart 8 Deluxe,” you’ll need to accumulate a whopping 5,000 coins to receive the coveted Gold Glider. Luckily, the ability to play the game anywhere significantly optimizes this task. Plus, the coins you collect in online multiplayer contribute toward your overall total.

While the lack of puzzles in “Resident Evil: Revelations” is one reason that game occupies this list, the specific design behind the puzzles in “Captain Toad: Treasure Tracker” is mindful of those with little spare time.

For the most part, the camera allows the player to take a panoramic view of each level. As a result, both the exact and probable locations of a stage’s collectables are often evident from the start. Since navigation to these collectables simply requires a physical understanding of the environment rather than any sort of abstract thinking, you’ll never have to work your brain too hard.

Also, “Treasure Tracker” lets you keep the collectables you’ve earned after you lose a life, making each of its bite-sized levels even more efficient to play through.

In “Splatoon 2,” your character’s progression is measured in two ways: level and rank. To increase your rank, you must participate in the game’s cutthroat Ranked Battle mode. Because your rank will be in jeopardy if you lose a match, it’s probably not a good idea to play this mode when you can’t dedicate full focus.

Luckily, though, there’s a  lower-stakes mode for those just looking for some quick fun in their spare time.

In the game’s Regular Battle mode, there’s no punishment for losing. In fact, you can still gain experience points after a loss and thus contribute toward your level. Winning or losing a match in either mode will likely add to your experience points, but only in Regular Battle can your individual performance still earn you a decent amount upon defeat. When playing this mode, then, it’s easy to always be a winner in some way.

Of all the 3D Mario games, “Super Mario Odyssey” grants the player the most freedom and it’s this autonomy that makes the game perfect for portable play. While there is a campaign you need to tackle to expand and unlock areas, there are so many items hidden throughout the game that you can at many times ignore the story to search for them instead. Because of this, “Odyssey” is ideal for restricted game sessions.

At the end of the campaign, “Odyssey” scatters even more items for you to collect. Numbering in the thousands, the game’s collectables are so abundant, even playing it for five minutes can be rewarding.

Furthermore, although it’s a Mario game, only a few of these collectables challenge you to master tricky obstacle courses. Like “Captain Toad: Treasure Tracker,” most items simply require observance and a physical understanding of the world around you.

From the staff: How to cope with midterm stress

It’s that time of year. Every time you ask someone how they are, you know the answer just by…

Switching it up: UGA gamers weigh in on new Nintendo Switch Online

9 John Lennon hits to listen to on his 78th birthday

John Lennon would be celebrating his 78th birthday on Oct. 9 if he were still alive. During …

The 2018 biographical drama “Blaze,” based on a memoir by Sybil Rosen, takes the convention …

Navigating the dating scene in Athens can be tough. There are endless amounts of bars a coup…

What’s in a period? It’s perhaps the most recognizable and conventional form of punctuation.…

“It’s just the same story told over and over,” Sam Elliott says in “A Star Is Born.” He is t…

9 October concerts to check out in Athens

Though it might still be 90 degrees and sunny outside, autumn in Georgia is in full swing. T…

Review: ‘Trench’ from Twenty One Pilots offers in-depth look at hope and loss

Every once and a while, an album comes along that makes you feel something — something down to your core, to your bones.

Dogs don costumes for 2018 Boo-le-Bark on the Boulevard

Every year as Halloween rolls around, costumes are some of the most recognizable parts of the holiday. Many people who celebrate go all out, e…

Any frequent dining hall patron sees the advertisements displayed on the napkin dispensers, and all campus bus riders know of similar ones tha…

Review: ‘Warriors Orochi 4’ is fun but not the best starting point

With its ability to make players feel superhuman, “Warriors Orochi 4” delivers the adrenaline-pumping action that keeps fans of the “Dynasty W…