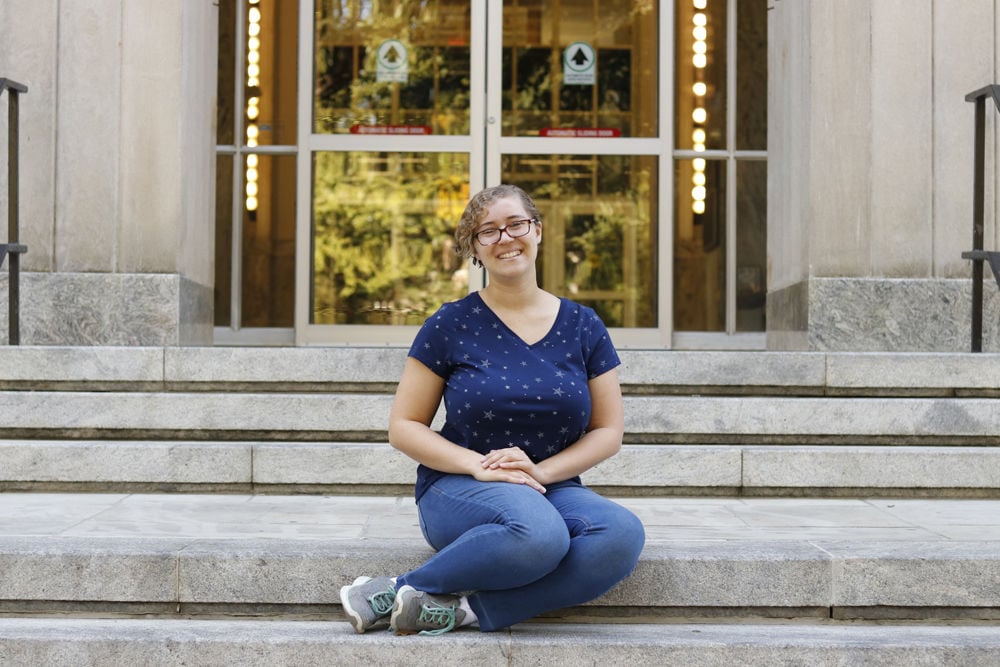 Emily Morrow, a 21-year-old Enligsh major at the University of Georgia, poses for a photo outside of the University of Georgia Library in Athens, Georgia, on Wednesday, Oct. 31, 2018. Morrow, the president of Girls for Games, says that she hopes her club is a place for women and LGBTQ+ members to feel welcome in the gaming environment. Her favorite video game of all time is the Nintendo Gamecube version of Animal Crossing. “The dialogue in it is the best compared to the rest of the versions,” Morrow said. She hopes to one day write dialogue for video games. (Photo/Rebecca Wright) 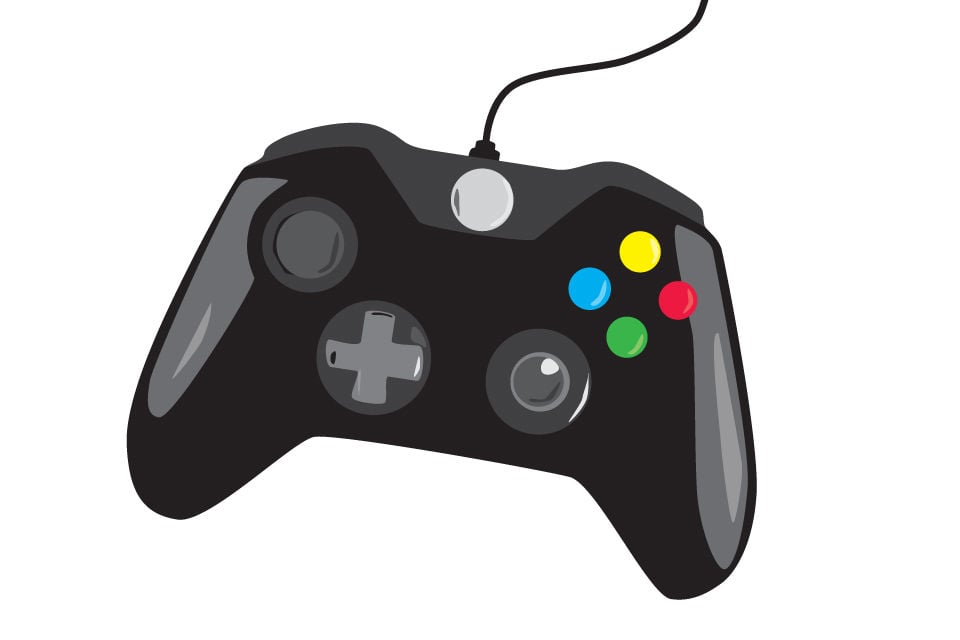 Girls for Games is a campus organization that focuses on increasing inclusiveness in the gaming community.

Video game fans at the University of Georgia have many options when it comes to joining an on-campus organization with students who share the same hobby. Of these gaming groups, Girls for Games is one of the most distinct. It has a primarily female composition but its members have a different way of engaging with games.

“We are an organization that gives people of all genders, ethnicities and backgrounds who enjoy video games a place to come and make friends and [have] a casual place to hang out,” said co-president and senior English major Emily Morrow.

Such a sharp focus on inclusiveness is a reaction to what Morrow regards as homogeneity in UGA’s other gaming organizations.

“I had the idea for the club last year,” Morrow said. “It grew out of my realization that there was nothing like [Girls for Games] on campus. I mean, we have other gaming clubs, but gaming is generally considered a male activity, and the existing clubs [UGA] had were 99 percent male.”

To Girls for Games member and graduate middle grades education major Marin Becker, a female-oriented gaming organization is valuable because it offers a more “accepting” space than typical gaming groups do.

“Most gaming organizations [are] predominantly male, and a lot of times — at least in my experience, in the past — there’s just a lot of stigma around female gamers,” Becker said. “[With Girls for Games], I knew I would be comfortable, and I wouldn’t be stigmatized.”

“I feel like [Girls for Games] is just inclusive to everybody,” Phan said. “Usually the female demographic in video games aren’t really taken seriously, so a club based around people who aren’t taken seriously kind of welcomes everybody, which I like.”

“We are an organization that gives people of all genders, ethnicities and backgrounds who enjoy video games a place to come and make friends and [have] a casual place to hang out.”

Girls for Games aims to do more than just provide girls with a hospitable setting to play games together. Co-president Jenna Rich, a junior psychology and theatre major, said the organization also exists to appreciate women in the gaming industry.

“[Girls for Games] is for the celebration of women in games because, oftentimes, in both the playing of games and the creation of games, women and their roles are overlooked,” Rich said.

Last November, the organization recognized women’s role in the industry by hosting guest speaker Shira Chess, an assistant professor of entertainment and media studies at UGA and a former game developer.

When Morrow reflected on Girls for Games’ one-year history, she described the event as her best memory as president of the group.

“We had [Chess] come in and give a talk about a book that she had written recently about making games for a female audience,” Morrow said. “Just getting to speak to somebody who’s been there, somebody who has experience with women in gaming, was  really, really a treat.”

Chess’ talk is representative of another quality that sets Girls for Games apart from UGA’s other gaming organizations. Rich said group meetings consist of playing games along with discussing them.

Phan considers this conversation her favorite aspect of the group.

“[We’re] just rambling about different games and just getting lost in ranting about one thing, but then [we’re] also able to relate and listen to other people’s experiences,” Phan said. “[We’re] being respectful toward each other even if we don’t necessarily like the same game or have played the same game, because we all share the same passion towards video games.”

In its emphasis on inclusion, the organization also welcomes those who don’t play video games competitively.

As someone who prefers single-player games, Phan appreciates this acceptance.

“I’m not really a competitive gamer,” Phan said.“I play more for my own enjoyment.”

One way Girls for Games satisfies the diverse tastes of its members is its incorporation of what Rich calls “theme nights,” in which the group plays games of a certain category.

“Usually we’ll come together, we’ll have themes for the night, like [Nintendo] DS nights,” Rich said. “And we just kind of talk about [the games]. It’s a very chill atmosphere.”

Not everyone can say they have seen the place they call home displayed on the big screen, bu…

Review: ‘Warriors Orochi 4’ is fun but not the best starting point

With its ability to make players feel superhuman, “Warriors Orochi 4” delivers the adrenalin…

Two University of Georgia students made an ambitious New Year’s resolution: They decided to …

Every fall semester, students in the music business program at the University of Georgia hos…

Initially, not much can be derived from the word “equus.” Some people may recognize its meaning, perhaps from its common stem in the word eque…

Imagine you’re embarking on an exploration to visit a world that’s simultaneously real and fictional. If that sounds interesting to you, “Mani…

Review: Poppy’s ‘Am I a Girl?’ is finely calibrated for catchy pop

International Education Week is dedicated to celebrating the international student experience and promoting a global exchange of information.

Like many other collegiate communities, University of Georgia students hold Nintendo’s “Super Smash Bros.”series of video games as a recreatio…

Athens Word of Mouth: Understanding others through poetry

Many students are initially attracted to the University of Georgia by its  business and science programs, but literary forms of art can still …

As interactive entertainment has asserted itself as a mainstream media form in recent years, it’s adopted norms of the more traditional entert…

As a common presence at parties and other get-togethers, Nintendo’s “Super Smash Bros.” video game series has gained a following across many d…