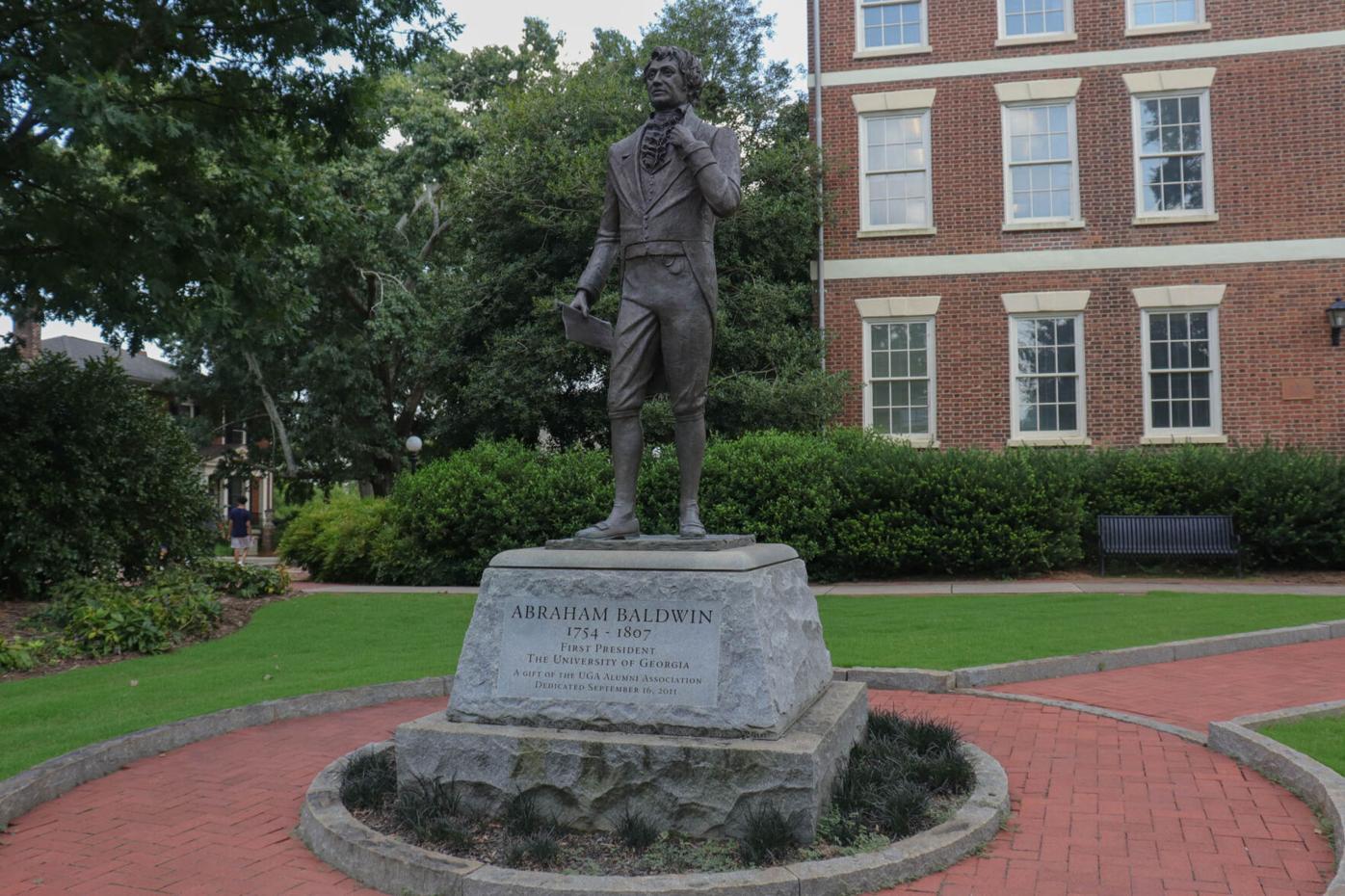 The statue of Abraham Baldwin sits outside of Old College on UGA’s North Campus on July 22, 2021, in Athens, Georgia. (Photo/Katie Tucker ktucker@randb.com) 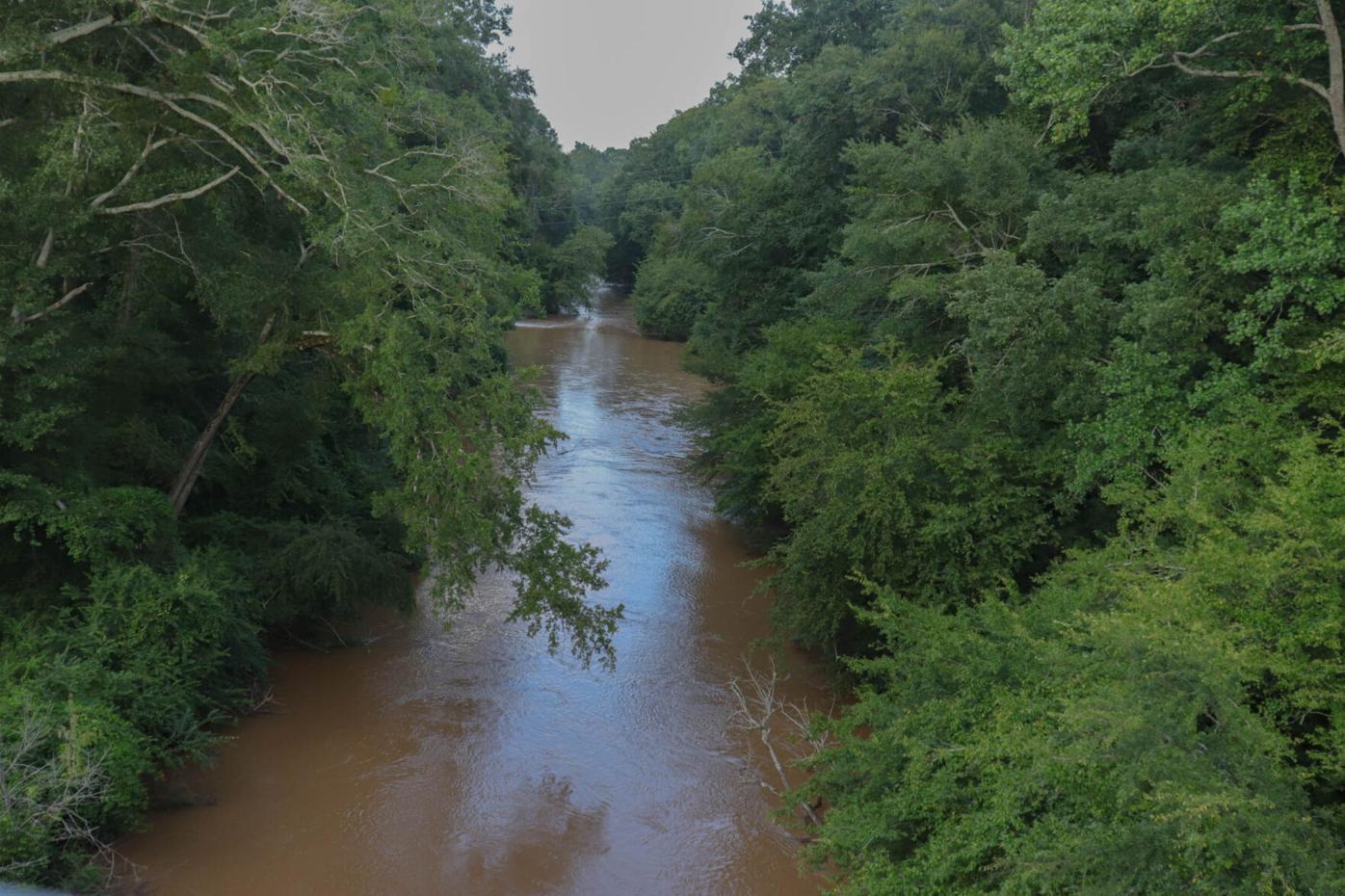 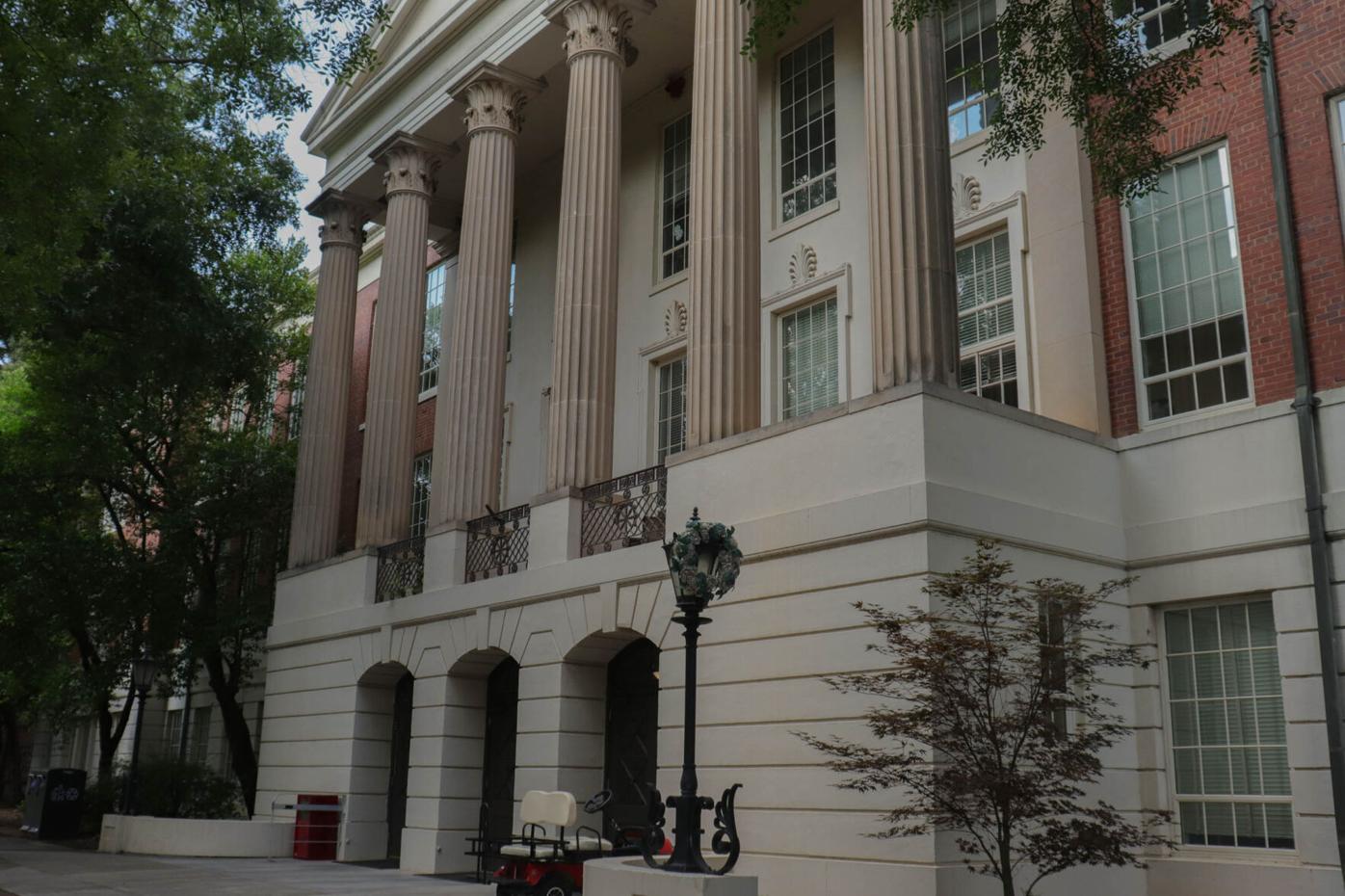 Baldwin Hall sits on July 22, 2021, at the University of Georgia in Athens, Georgia. (Photo/Katie Tucker ktucker@randb.com)

Many are unaware, but Athens is filled with landmarks of significant events in Native American history.

Lumpkin Street, Baldwin Hall, Abraham Baldwin’s statue on North Campus and the North Oconee River Greenway are a few notable locations from the first years of the University of Georgia’s history as well as the history of the Indigenous people who lived here first.

Archaeologists believe this region of Georgia has been inhabited for at least 12,000 years. Various branches of many tribes existed before colonization, but because of disease and conflict, only a portion of the initial population survived. The primary tribes from Georgia are the Creek, also known as the Muscogee and Cherokee, also known as the Keetoowah.

Savannah Guenthnerrecently graduated from UGA with a master’s degree in history and a focus in Native American studies. According to Guenthner, in about 1800 the settlers living beside the Oconee River were in violent conflict with the neighboring Indigenous people in the Oconee War of the late 18th century.

The Oconee River acted as a boundary between Georgia’s land and the land of the Creek Confederacy to the west. The river basin’s land was particularly fertile, so colonists and the Native American inhabitants disputed its ownership.

“[The Creek] really considered themselves to be a real political power,” Garrison said. “And so when the colony, and then later the state of Georgia, pushed against what they recognized as their boundary, they reacted.”

According to a series on the Oconee War for Flagpole by writer Steven Scurry, the European settlers eventually won the conflict and the Creek people ceded land, but only after the federal government got involved to interpret land boundaries and create treaties. However, conflict was not confined to armed confrontations.

“It's really important to note that even if there wasn't an official war of some sort going on, there [was] still lawless aggression and a sort of guerrilla movement among settlers terrorizing local families and causing conflict on a regular basis,” Guenthner said.

According to Guenthner, the state government would often protect the violent actions of these settlers, and many Georgia politicians believed the land was theirs for the taking.

The University of Georgia and Indigenous peoples

Around this time, the state government also became the first in the country to create its own university — UGA was chartered in 1785. According to Scurry’s analysis, the university was funded by a 40,000 acre grant of Creek land given by the Georgia General Assembly. Its opening was delayed until 1801 due to instability caused by the Oconee War.

“What bitter irony,” Scurry wrote, “that the university colors, red and black, were the Creek colors of war.”

Guenther said Abraham Baldwin, the founder and first president of UGA, led negotiations with the Creek and Cherokee in 1801 regarding their land and treaty rights.

The resulting agreement, the Compact of 1802, stated the US government would “extinguish the Indian title to all the other lands within the State of Georgia,” effectively beginning the forced removal of Indigenous people in the state. This would continue throughout the early 19th century.

In 1829, President Andrew Jackson withdrew troops that had been protecting federally designated Cherokee borders, and in 1830 the Indian Removal Act delivered the final blow to Indigenous land ownership.

The legislation stated Native Americans would be given land west of the Mississippi River in exchange for their ancestral land. The resulting genocide included the forced removal of Indigenous people from the southeast after attempts to resist failed.

Wilson Lumpkin, the namesake to Lumpkin Street, was governor of Georgia during the time of Native American removal. As an ally to Jackson, Lumpkin advocated for the removal of Native Americans, specifically the Cherokee, from Georgia and focused his political agenda on this endeavor.

Forced removal and the Trail of Tears

According to the Smithsonian, around 60,000 Native Americans were sent to Oklahoma on foot as a result of the act in a march that became known as the Trail of Tears.

They walked over 1,000 miles from Georgia and neighboring states, some shackled and held at gunpoint. Of the 15,000 Cherokee who were forced to march the Trail of Tears, a third died on the route.

“Anybody who has family that went through the removal has an understanding of what each of the tribes went through… they all suffered,” Garrison said.

Along with the Creek and Cherokee, the Seminole, Chickasaw and Choctaw tribes were also forcibly removed.

“There is, of course, a lot of shaky legal grounds and illegitimate legal grounds, arguably, for removal,” Guenthner said.

In 1835, the Treaty of Echotaexchanged Cherokee land in Georgia for acres in Oklahoma, a result of the law set forth by the Indian Removal Act.

“[The treaty was] not supported by any actual governing Cherokee at that point and it was even signed at gunpoint,” Guenthner said. “[It] was signed in duress and after years of conflict and suppression.”

Although the majorly recognized tribes were removed from the region in the 19th century, Native Americans did not vanish from America or from American history.

“I think you could say a lot of it is a sad history, but I think it's a very important history,” Garrison said. “And let's put it this way — the Creek and the Cherokee just relocated. They're still here.”

West Broad Street School: The fight for the preservation of Athens history

Various Athens community leaders came together to speak out against the potential demolition of part of the historic West Broad Street School campus.

Remembering the lives of Brooklyn Cemetery

The historic African American cemetery was established 17 years after slavery ended in Athens and has fallen into disrepair over time.

The Historic Athens Welcome Center kicks off a new series entitled "History on Tap" with a presentation on pre-Civil War Black Athenians.

GUEST COLUMN: This Halloween, put away the Native American headdress

There’s plenty of frights and horror on Halloween, but trust us – nothing is scarier than cultural appropriation.