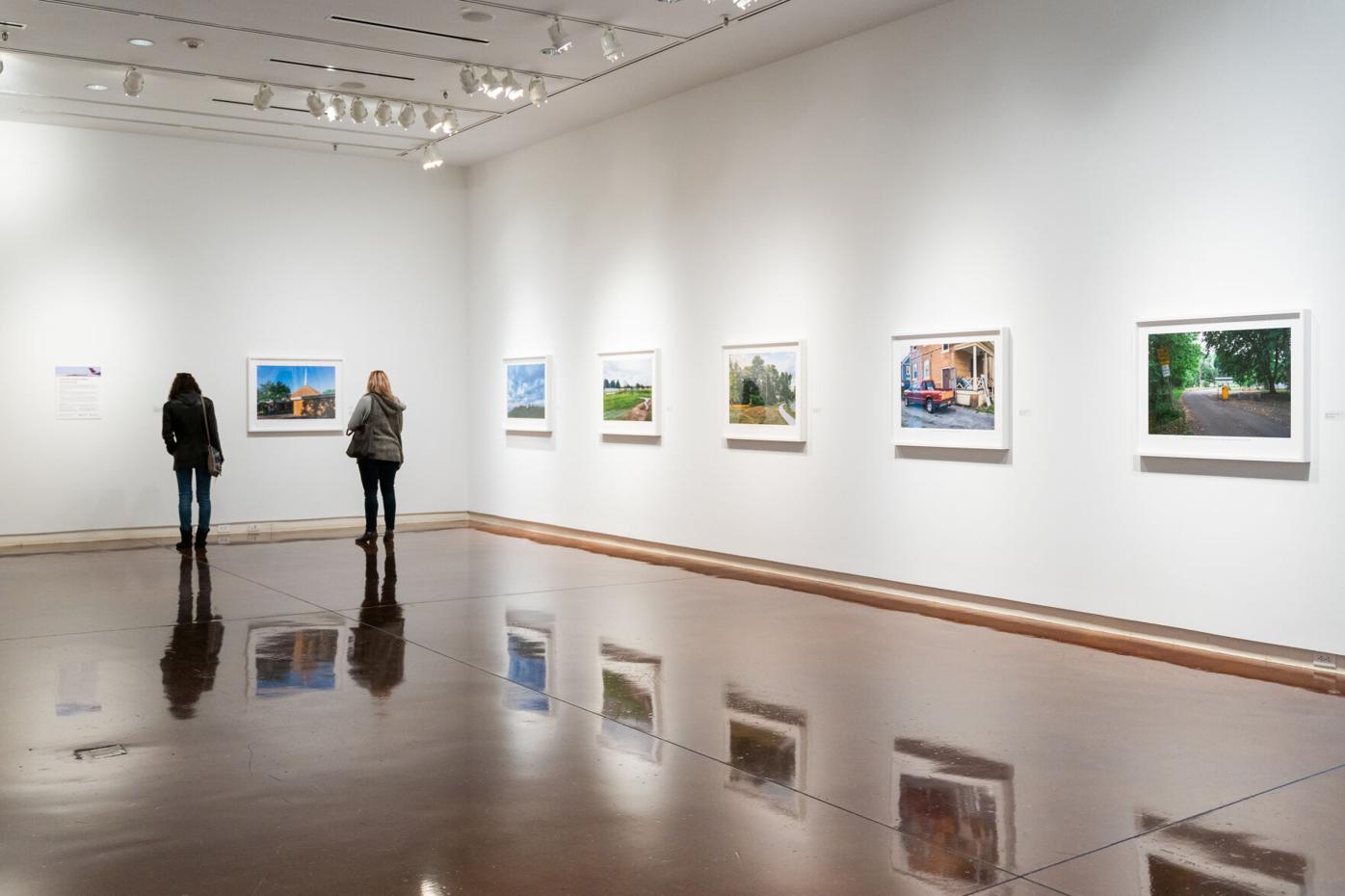 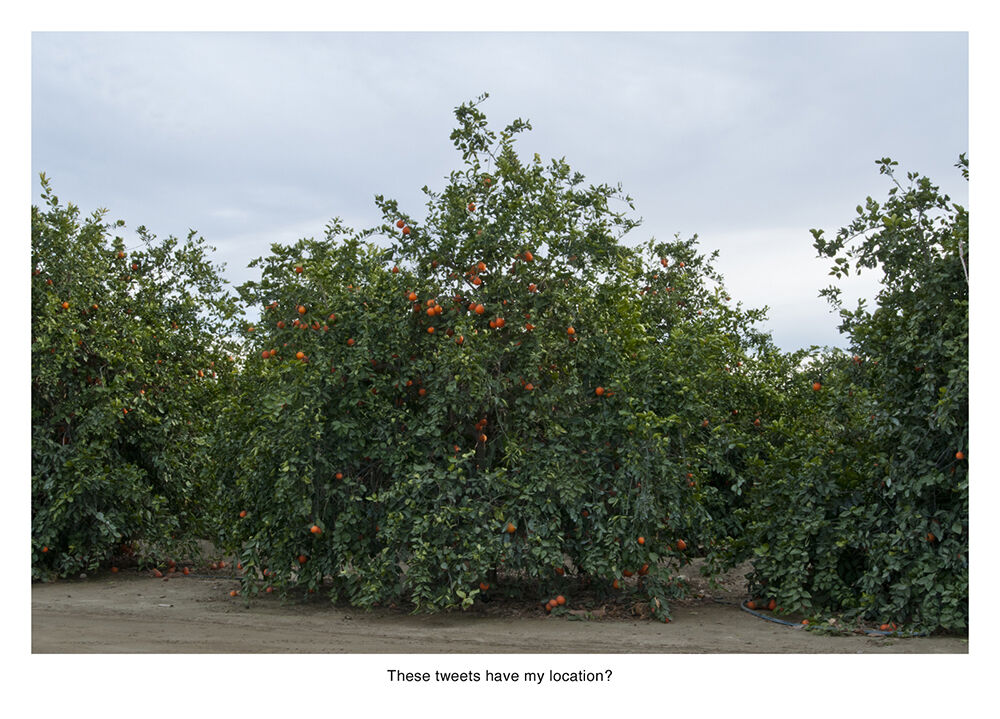 Below a picture of an orange tree growing near Joshua Tree National Park in California is a simple question: "These tweets have my location?"

The combination of online commentary and visuals of the physical world is what drives “Geolocation,” a photography project by artist duo Larson Shindelman.

Larson Shindelman is made up of Marni Shindelman, an associate professor at the University of Georgia’s Lamar Dodd School of Art and the area chair for photography and interdisciplinary art and design, and contemporary artist, Nate Larson.

An exhibition of “Geolocation” is open in the College of Charleston’s Halsey Institute of Contemporary Art as well as online as a virtual exhibition until March 5.

The project, which Larson Shindelman has been working on since 2009, takes tweets with publicly-accessible location data attached to them and pairs them with photographs of the locations they were sent from to connect the digital and the physical world.

“Our act of making a photograph anchors and memorializes the ephemeral online data in the real world and also probes the expectations of privacy surrounding social networks,” Shindelman and Larson said in their artist statement.

Shindelman said they get many of the tweets from the University of Kentucky’s Digital Online Life and You project, which collects geotagged tweets for geographic research.

Shindelman said she incorporates some of the same techniques she uses for projects like “Geolocation” into the classes she teaches. In applicable courses, she’ll advise her class to mine data and figure out how to create art out of it through all sorts of media, Shindelman said.

When selecting tweets for “Geolocation,” Shindelman said she and Larson tend to choose different types of posts.

“I’m always like, ‘Oh, that’s so sweet’ or ‘Oh, that’s so tragic,’” Shindelman said. “[While] Nate’s always going to pick a really good political tweet or something that’s hyper-local about the space.”

The exhibition at the Halsey Institute consists of 20 photographs selected from “Geolocation” as well as 14 photos from the duo’s “#Mobilize” project which uses a similar format but focuses on how social media can play a role in social justice movements.

The “#Mobilize” photographs were originally commissioned and showcased by the George Eastman Museum in Rochester, New York. The photos and accompanying tweets for the series were all taken in the Rochester area in 2018.

The 20 photos selected from the larger “Geolocation” project were taken in various locations around and outside the United States. But, Larson said, the specific locations aren’t necessarily an important part of experiencing the project.

Bryan Granger, director of exhibitions and public programs at the Halsey Institute and the curator of the exhibition, said the photographs can seem placeless, which can create a sense of familiarity with the types of locations depicted.

The pictures and tweets included in the exhibition are between three and 12 years old. Larson said it has been interesting to see the evolution of social media while working on the project for so long.

“We started this in 2009, which is only a couple years after Twitter became publicly available, and to see, like, how the role of Twitter has changed in that period of time has been fascinating,” Larson said.

Though the “#Mobilize” images are three years old, the movements they showcase, from Black Lives Matter to Me Too, are still going on and still affect how people use social media.

Larson said he is interested in looking at the way social media has influenced the rise of both social justice movements and hate movements and can provide a platform for anyone.

While Larson and Shindelman didn’t necessarily foresee or plan for the ways in which “Geolocation” would feel timely and relevant to its viewers, Shindelman said that the work feeling topical reflects the fact that they were investigating the way the digital and physical worlds interact and influence each other.

“We see our role as documentarians,” Larson said. “We’re creating an archive of these moments.”

The Athens art community has faced many challenges through the pandemic. In an attempt to ease these struggles, the Athens Area Arts Council, Athens Cultural Affairs Commission, Athens Downtown Development Authority and Lyndon House Arts Center have teamed up to create the Athens Mural Alley.

On display in the Circle Gallery at UGA’s College of Environment and Design, “Natural Engagement: Where Earth Meets Sky” exhibits paintings by…