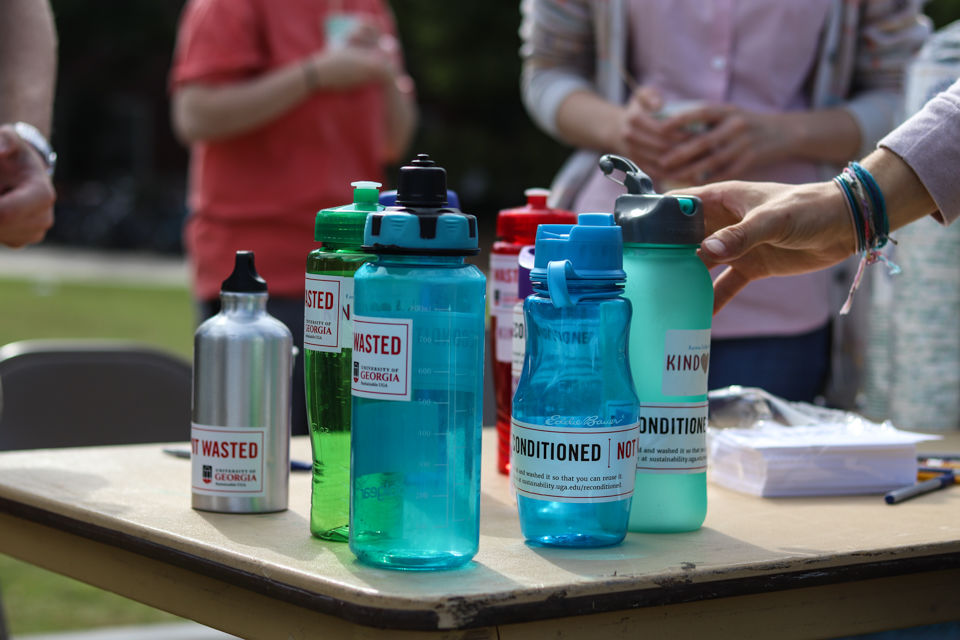 A student sets down a repurposed water bottles at the Kindfest in Myer’s Quad on Thursday, Oct. 18, 2018, in Athens, Georgia. Karma Coffee, the host of this year’s Kindfest, offered free water bottles that they had found left behind on campus and had sanitized for reuse. (Photo/Gabriella Audi, www.gabbyaudi10.wixsite.com/mysite-1) 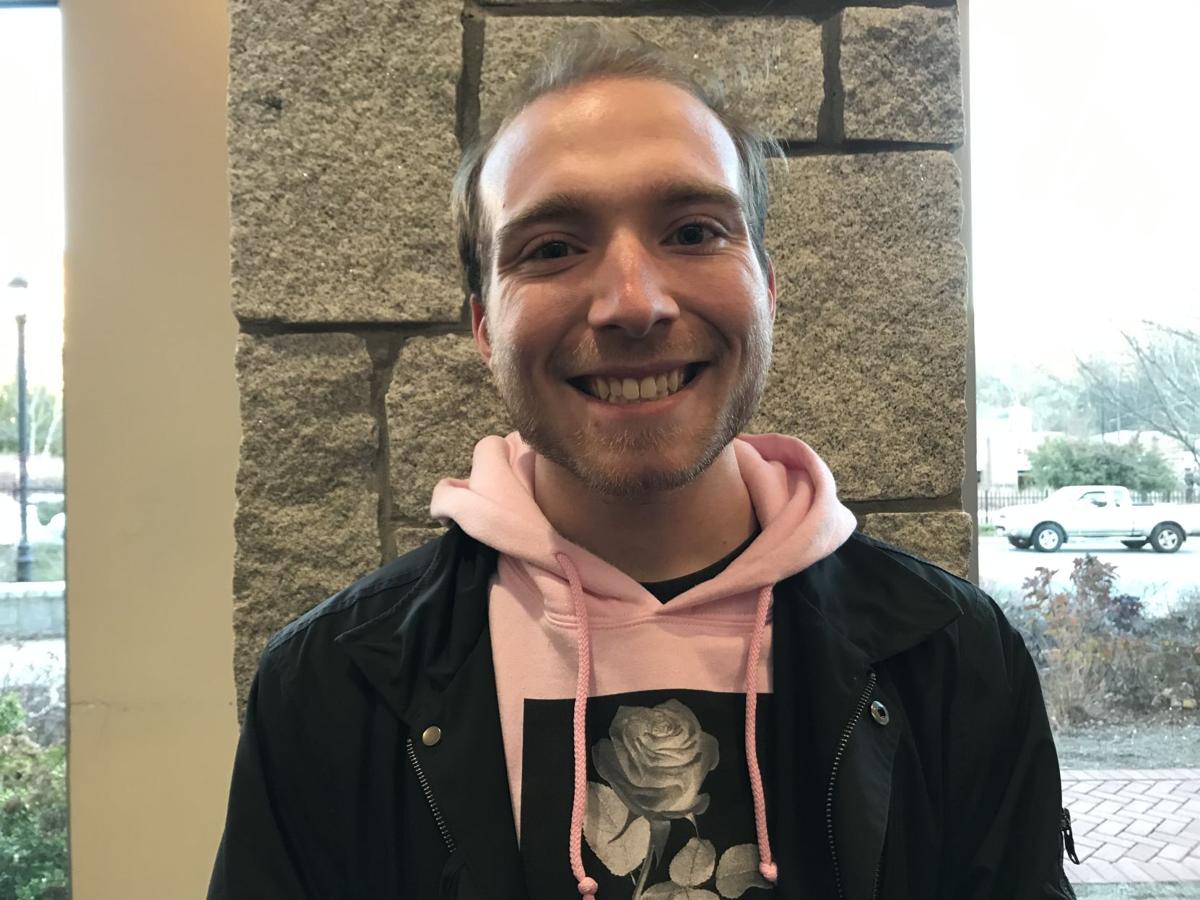 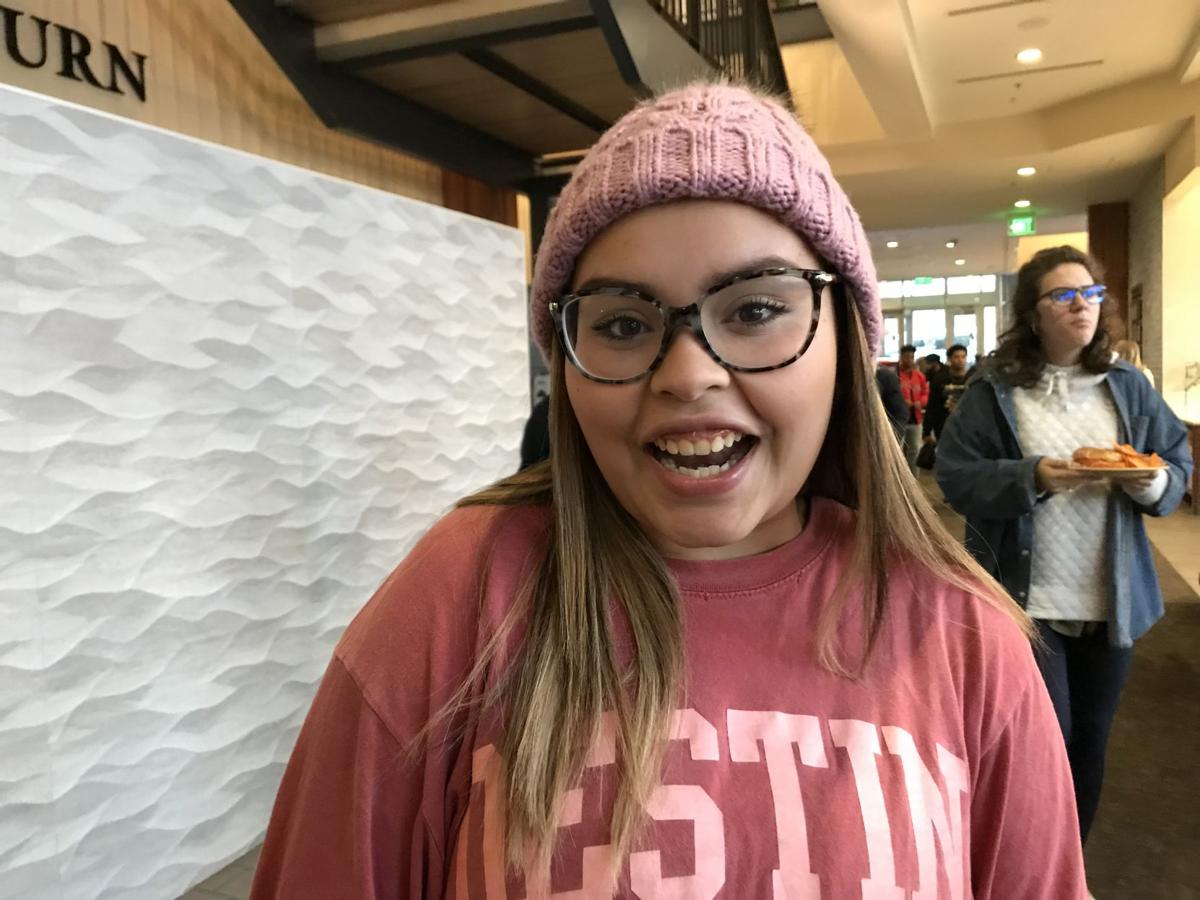 Keyla Doblado, a freshman English education major from Suwanee, poses for a portrait. 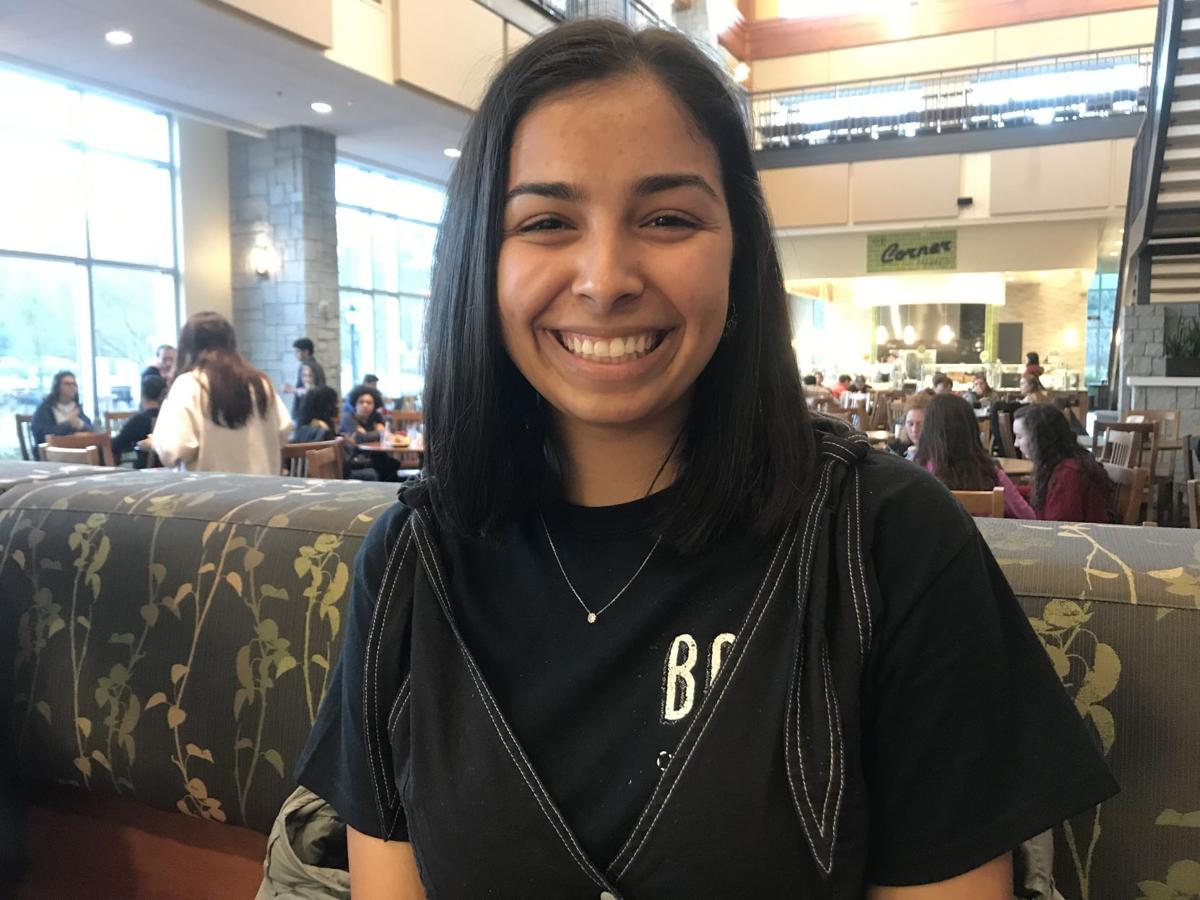 Isabella Canales, a freshman environmental economics and management from Woodstock, poses for a portrait. 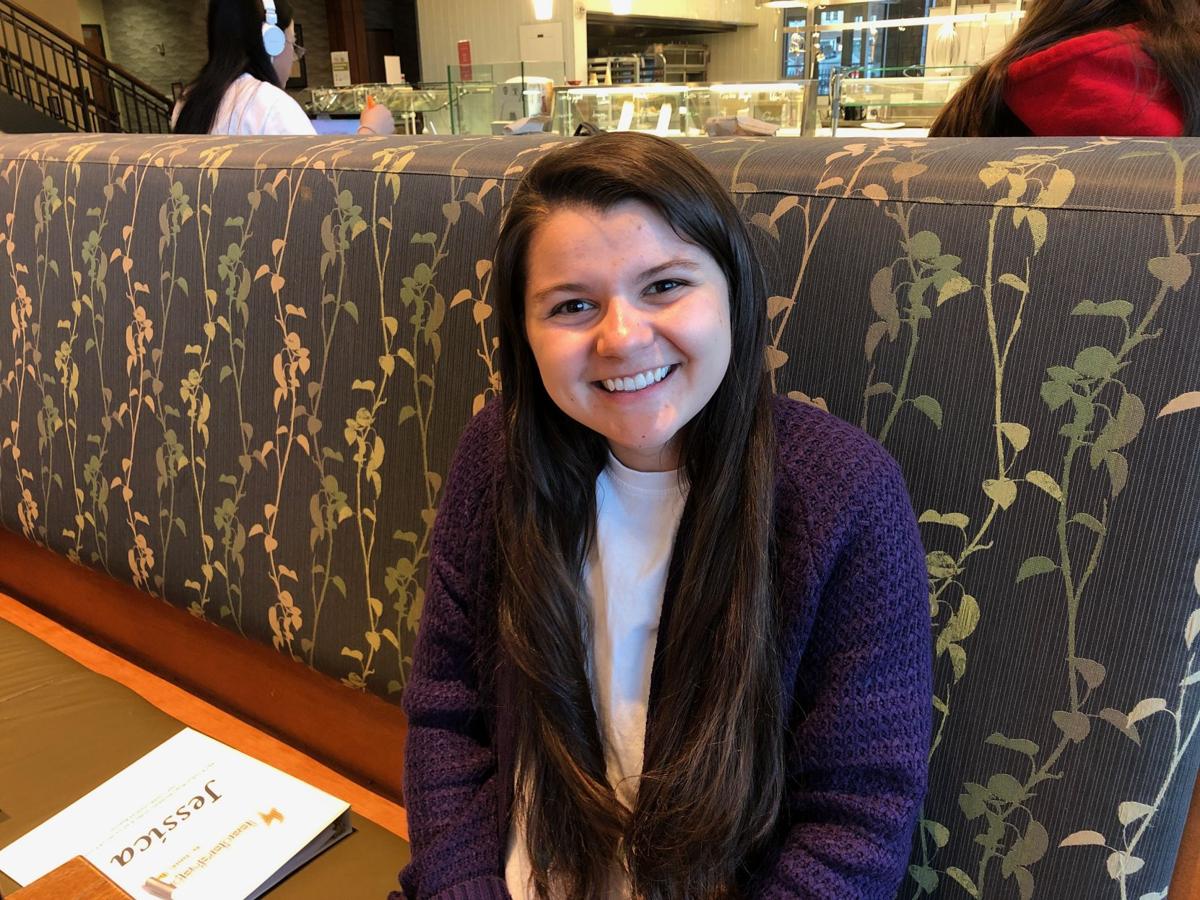 Madison Drummond, an advertising and sports management major from Appling, poses for a portrait. 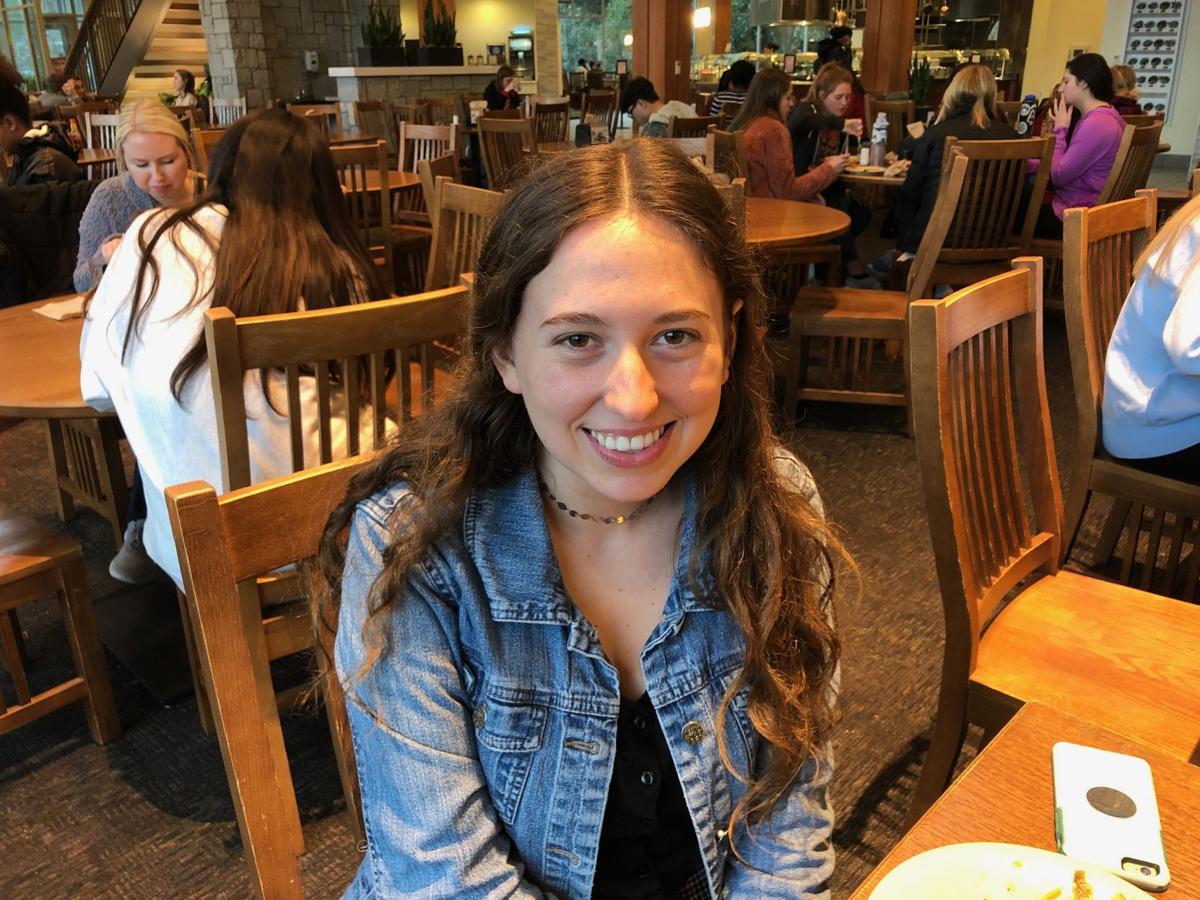 Grace Garrett, a senior entertainment and media studies major from Lafayette, poses for a portrait.

The start of a new year is a chance for everyone to start over and begin again on a fresh slate. 2019 brings new opportunities, adventures and ways for people to better themselves. The Red & Black talked to five students who described their resolutions and how successful they’ve been while trying to keep up with them.

As a freshman still getting a feel for life at college, Canales wants to work on “time management and [to] prioritize school.”

“Last semester, it was hard to make the big transition from high school to college and I tried to commit myself to too many things that I would’ve been involved with in high school,” Canales said. “So I really want to put school first. I’ve done a pretty good job so far but it’s only the first week so we’ll see.”

Drummond wants to make sure throughout 2019, she’s staying hydrated.

“My resolution is to drink 64 ounces of water in a day, because it’s good for your body and I need to drink more water,” Drummond said. “I have succeeded for one day.”

Neel’s main resolution for the new year is to be more social than he has been in the past and to form new relationships.

“I am trying to be more social and focus on building really good friendships,” Neel said. “I think it’s been successful because I’ve started hanging out with friends more and saying yes to fun things.”

Garrett wants to ensure that throughout the new year she uses products that are more environmentally conscious.

“I want to be more sustainable with the things I use,” Garrett said. “This is important to me so I really want to make an effort to do it. I have been successful [so far] because I have switched out some of my beauty products for more sustainable options.”

Doblado said in 2019, she wants to be more “responsible and organized.”

“I want to try to work on things for classes earlier to get ahead,” Doblado said. “Another thing I’m trying to do is have more ‘me time’: time to unwind and relax. So far, yes I have been successful.”

January can often be regarded as the month of starting anew. It's the first month of a new y…

GUEST COLUMN: We are living in the best of times and worst of times (but mostly best)

Dickens was onto something. While there are still good and bad extremes occurring in the world, the good outweighs the bad.

While it’s still the beginning of a new year, many cite reading more as one of their resolutions, and according to a study by the American Psy…

In 1963, Martin Luther King Jr. wrote a letter from his jail cell in Birmingham, Alabama, which would become a monumental text in the civil ri…

Students feel pressure to push themselves beyond their limits to attain success. But such motivation isn't sustainable – It can even be harmful.

Since 2002, Georgia students in grades fourth through 12th have benefited from the National Archery in the Schools Program, not only from an e…