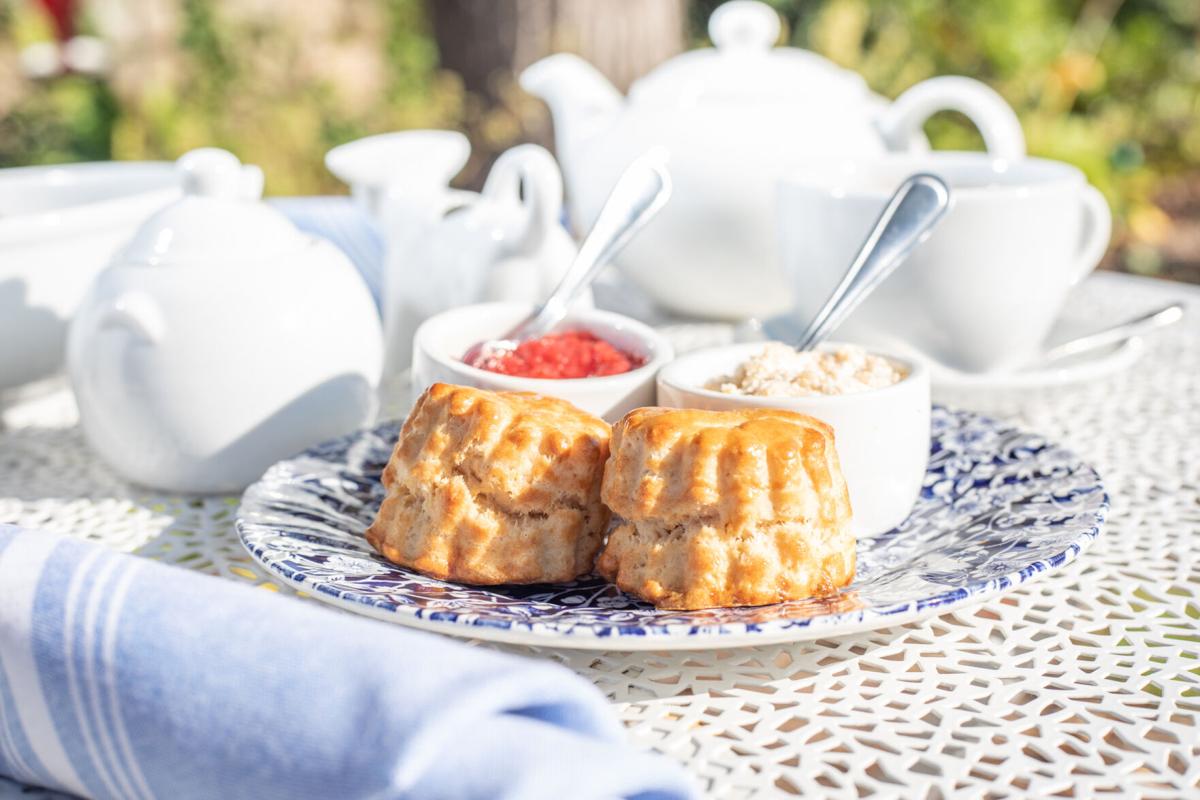 Cream Tea is served on the patio at Café on Lumpkin, a British inspired cafe located on Lumpkin Street in the Five Points area of Athens, Georgia, on Sept. 7, 2020. (Photo/Caroline Head, chead@randb.com) 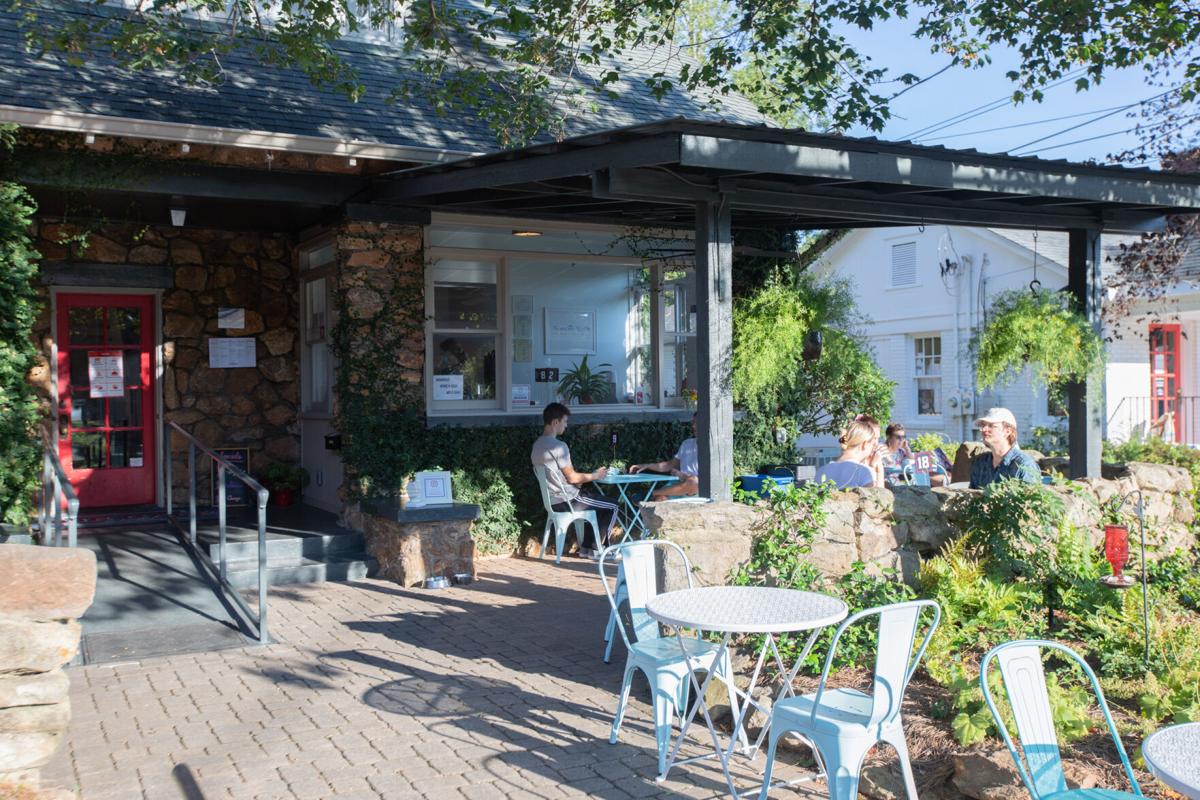 Café on Lumpkin, a British inspired cafe located on Lumpkin Street in the Five Points area of Athens, Georgia, hosts guests on its front patio on Sept. 7, 2020. (Photo/Caroline Head, chead@randb.com)

Cream Tea is served on the patio at Café on Lumpkin, a British inspired cafe located on Lumpkin Street in the Five Points area of Athens, Georgia, on Sept. 7, 2020. (Photo/Caroline Head, chead@randb.com)

Café on Lumpkin, a British inspired cafe located on Lumpkin Street in the Five Points area of Athens, Georgia, hosts guests on its front patio on Sept. 7, 2020. (Photo/Caroline Head, chead@randb.com)

In spring 2020, the Athens dining scene all but shut down when COVID-19 restrictions forced restaurants to switch to take-out service or close their doors — some temporarily, others permanently.

As these restrictions were lifted and restaurants began to reopen over the summer, many weren’t ready to resume traditional dine-in service, and they instead found a safe, socially distant, open-air solution — patios.

“I think people have always enjoyed eating outside … and I think people feel safer outside,” said William Jesel, owner of The Local 706, the newest addition to Five Points.

The Café on Lumpkin, nestled into in a nearly-100-year-old home in Five Points, celebrated its grand opening in May when it launched with takeout only. Although it wasn’t the debut that had been hoped for, the café was able to introduce dine-in service a month later through patio service.

Owner Luke Martineac said he saw The Café on Lumpkin’s business increase as guests who hadn’t been out to eat in months were drawn to the outdoor dining space.

“By opening the tables, immediately the demand for some sort of seating at a restaurant was realized,” Martineac said. “It was more than what we anticipated, and that was a good issue to deal with.”

Throughout the past few months, other restaurants which previously only offered indoor seating have constructed new patio seating or parklets — extensions of the sidewalk in front of their building, usually on top of already-existing parking spaces.

In June, Last Resort Grill introduced outdoor seating with a large patio in the space formerly occupied by its parking lot. This socially distant area features several picnic tables and chairs, as well as a full-service bar.

El Barrio, which already had a large patio, expanded its outdoor seating in August with the addition of its “Margarita Garden,” where guests can lounge on the Five Points restaurant’s front lawn.

Owner Scott Parrish said el Barrio benefits from having a large outdoor dining area, as indoor dining is still closed. But the restaurant is still at only 40% capacity. While el Barrio is doing well for what it has, it’s “nowhere near where it was,” he said.

Parrish described this approach as “the new normal” of the restaurant industry — less seating with required social distancing.  “It will definitely change the restaurant business,” he said.

And this change is already evident at The Local 706, a new sports bar and grill that decided to adapt its construction to “the new normal.”

In early September, The Local 706 opened in a newly updated building with a 700-square-foot patio. Jesel said work on the Lumpkin Street space started in 2019, but when the pandemic hit, he altered the design to create additional patio seating.

Since Jesel had to space out the limited indoor seating of his bar to comply with COVID-19 safety requirements, he realized he needed to create more seating outside. Instead of trying to fit more tables in the middle of the patio, he decided to construct bench seating around its perimeter. Now, the patio can fit about 30 guests spaced out, he said.

Jesel said people naturally want to dine outdoors “for the same reason they want to be out in their boat on the lake … it’s just nice to be outside.”

Under normal circumstances, the University of Georgia’s football season would bring a major boost in business. But while local restaurants and bars are hoping for crowds, the pandemic is preparing business owners for the worst.

8 places to get a non-alcoholic drink in Athens

A drink doesn’t have to contain alcohol to be delicious and enjoyable. From seasonal lemonades to bubble tea, Athens has plenty of options for…

The Mayflower Restaurant has sat across the street from the Arch on the University of Georgia’s North Campus since 1948. When Mayflower opened…