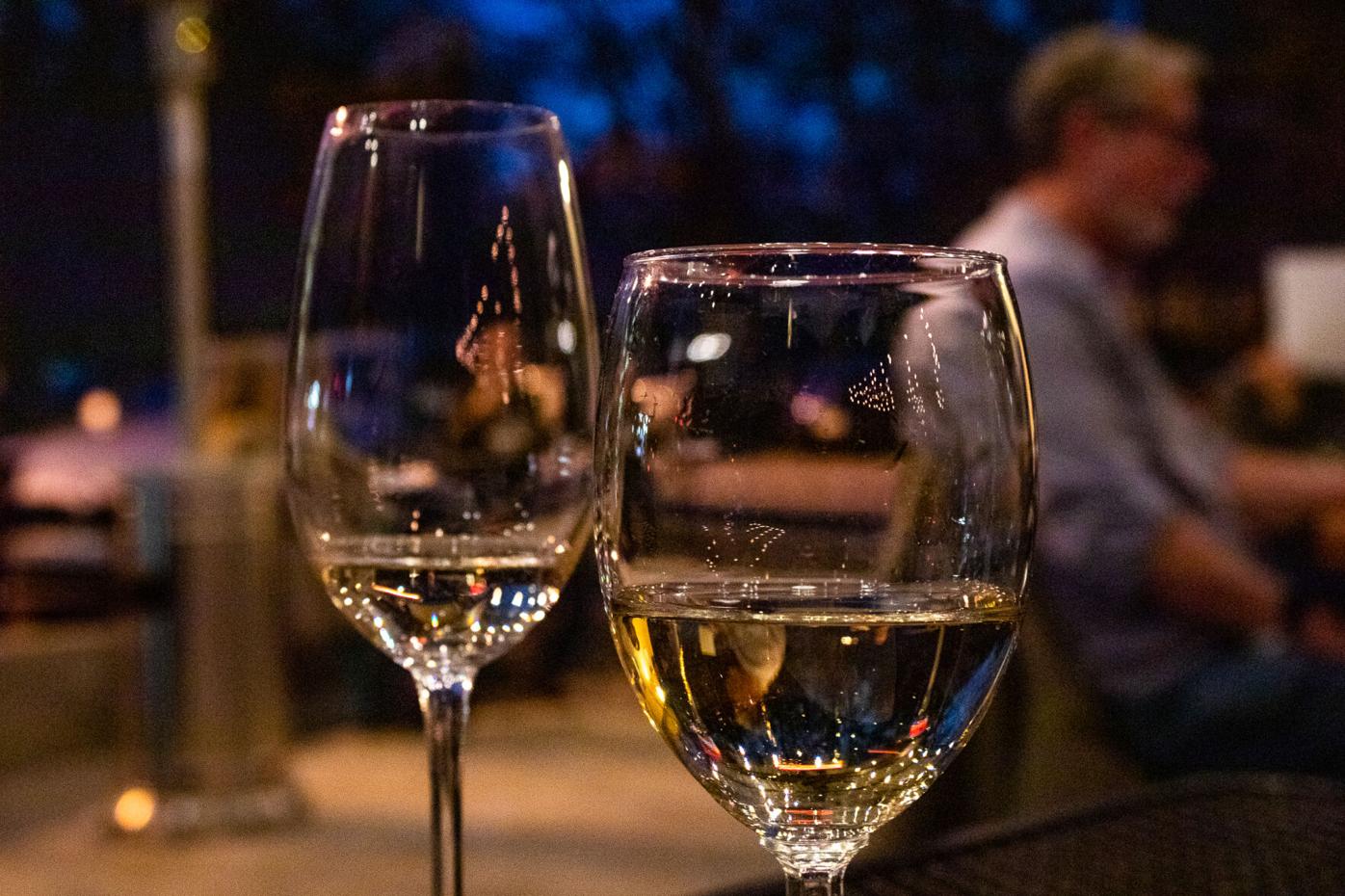 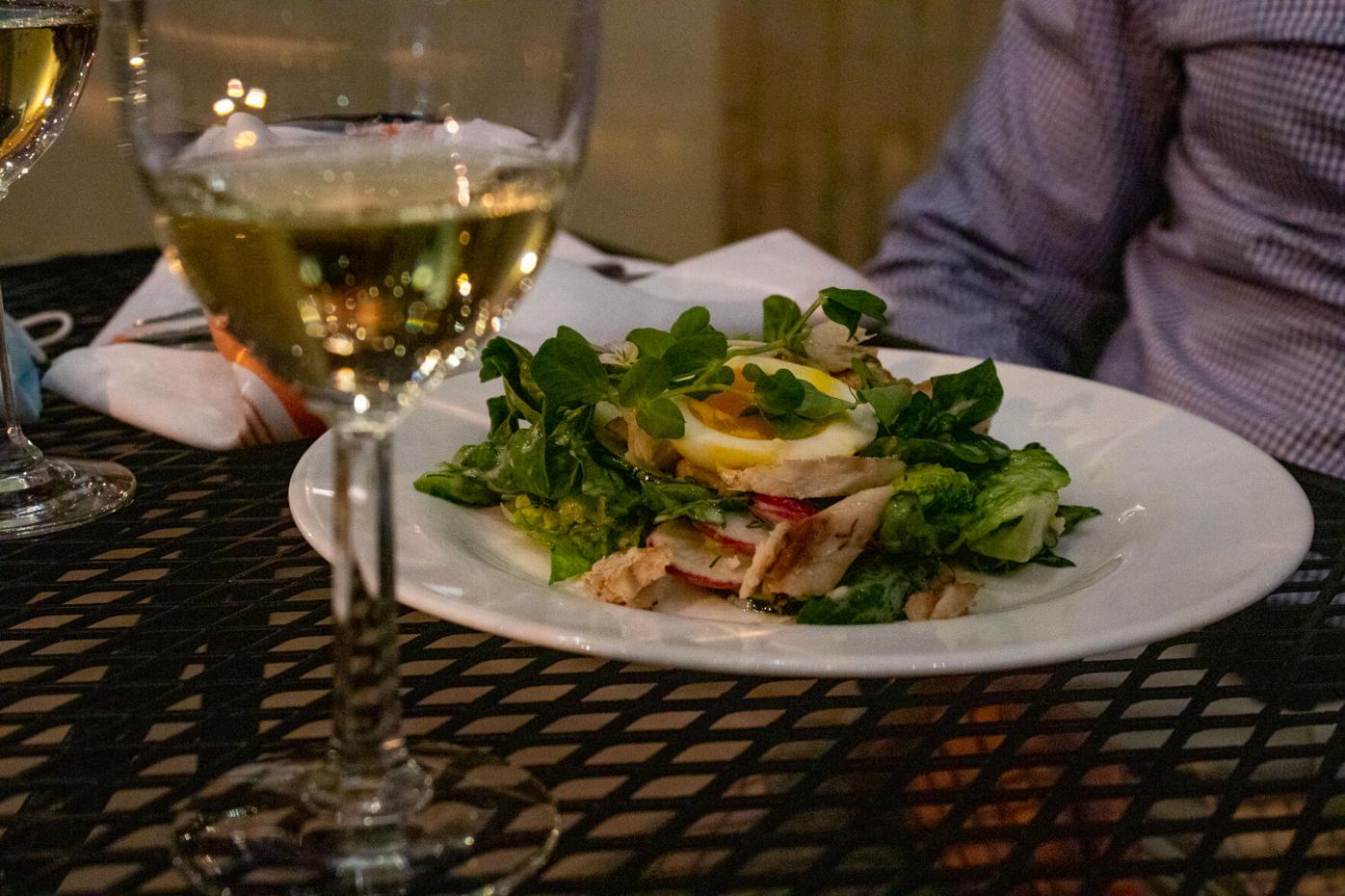 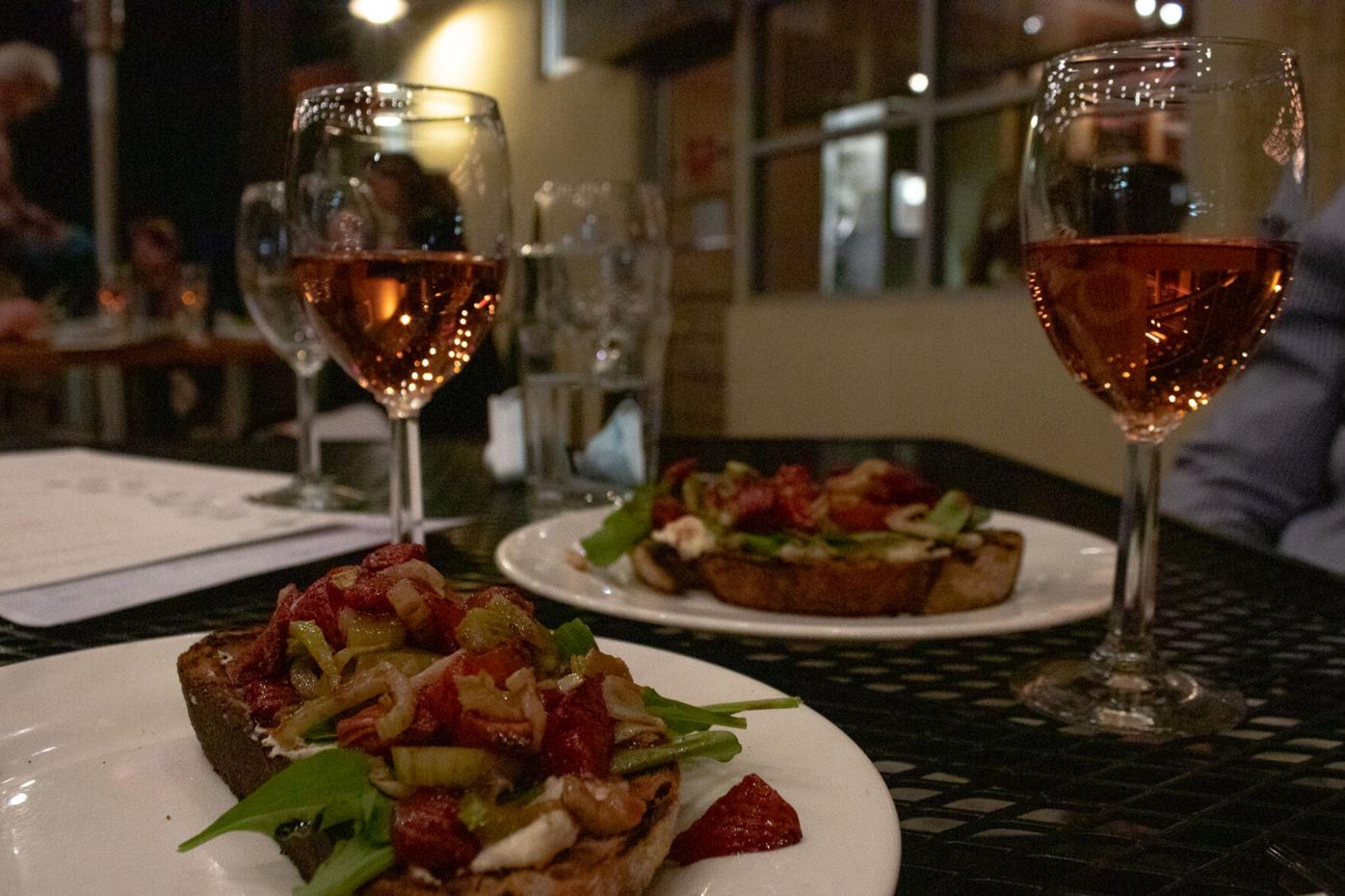 Heirloom Cafe and Fresh Market announced the return of its “2nd Tuesday Tasting” at the end of February, just in time to celebrate the coming of spring. From its welcoming hosts to the sommelier’s humorous and knowledgeable commentary, there is more to be enjoyed in this experience than just thoughtful wine pairings.

This wine tasting was held in partnership with Winebow Fine Wines and Spirits and one of its certified sommeliers, Kate White. For $40, generous tastes of five different wines, paired with three small meals and a dessert prepared by chef Jessica Rothacker, were on the menu for the evening.

To kick off the night, the staff served the first wine on the menu: Raventós i Blanc Blanc de Blancs 2017. A sparkling white wine more akin to champagne, Blanc de Blancs was a wonderful way to wake up the taste buds with its small, delicate bubbles that delight the senses. The fruity and white floral notes play perfectly with the bubbles in this wine, which is described as “structured, fresh and complex.”

Blanc de Blancs comes from the Raventós i Blanc estate in Northeastern Spain, founded in 1497. It’s made in what is considered the traditional method, fermenting first in stainless steel tanks and then going through a second fermentation process, after blending, in the bottle for at least 18 months.

The next two wines were brought out together in order to compare and contrast. Both light, white Muscadet wines from the Loire Valley in France, the taste differences are subtle.

La Fruitière Muscadet was the fruitier of the two, as the name suggests. The taste is bright, with mineral undertones. These come from the rock which the vines are planted on in an area that used to be populated with massive granite fortresses in medieval times.

In contrast with La Fruitière, Harmonie from Michel Delhommeau has a more earthy and almost briny taste. Instead of growing over rock, the vines that produce Harmonie grow on a foundation of what is called ‘gabbro.’ Gabbro is one of the purest forms of molten magma that is formed underground, and instead of becoming granite, turns crystalline.

The mineral taste of the wines was an excellent pairing with the speckled trout, and its light, crisp flavor complemented the fresh vegetables as well. The real star of this salad was the lemon dill dressing that brought all of the other flavors to life, especially the trout.

The vines that produce the Nerello Mascalese grapes for this pink wine are grown at the foot of Mount Etna, an active volcano on the east coast of Sicily. Le Rose has flavors of cherry, raspberry, blackberry and rose petals that made it a wonderful and natural pairing for the roasted strawberries.

By far the best part of this toast was the strawberries themselves, roasted to bring out a sweet, jammy flavor. The fresh arugula and the balsamic drizzle offered a nice contrast. The toast itself, from Independent Baking Co., had a thick crust that was almost too toasted for my taste but was an excellent contrast to the creamy ricotta, which offered a good textural base for the dish.

Rabbit paella and a Spanish red

As the final wine of the night was brought out, a red from Toledo, Spain, White told the story of the wine Los Conejos Malditos and the choice of pairing it with a rabbit paella.

“What grows together, goes together,” White said.

She explained that the biggest threat to these vines is not the extreme conditions of the area, such as blistering heat, bitter cold, drought and wind — it’s rabbits. In the Bodegas Más Que Vinos vineyards, hectares of product are taken out each year by hungry rabbits. The producers of this wine have embraced this difficulty, naming the wine “the pesky rabbits” and decorating its label with drawings of naughty rabbits getting up to mischief.

“This is the Monty Python of red wines,” White said.

For a place like Heirloom, whose mission is to “tell a story with food,” this cheeky play on circumstance was right up its alley. While the playful pairing was much appreciated, this was the least remarkable of all the dishes. The texture was just right for paella, but the dish could have used more seasoning. The flavors of the spring onions, artichokes and fava beans were not particularly powerful and neither was the rabbit itself.

While the evening drew to a close, the end was made sweeter by individual carrot cake sandwich cookies that were served for dessert. The cream filling packed a rich flavor and the crumb of the carrot cake holding it together was perfectly moist and tender, while still ever-so-slightly crispy on the outside.

“The best way to make a new friend is through a bottle of wine,” co-owner Travis Burch said in his closing remarks.

Heirloom’s next wine tasting will be Italian-themed, featuring all Italian wines and cuisine. Call 706-354-7901 to reserve tickets.

Krista Lark Slater wanted to be a museum curator. At least, that’s what she thought when she…

Athens restaurant roundup: Buvez is open for longer, The Grit is brunching earlier, The Traveling Hobo has online ordering and more

As Athens restaurants, bars and eateries adjust to social distancing requirements and changing policies during the coronavirus pandemic, their…

How Athens’ food scene got creative during COVID-19

Local eateries adapted to COVID-19 in a number of creative ways to stay in business while abiding by new safety guidelines.