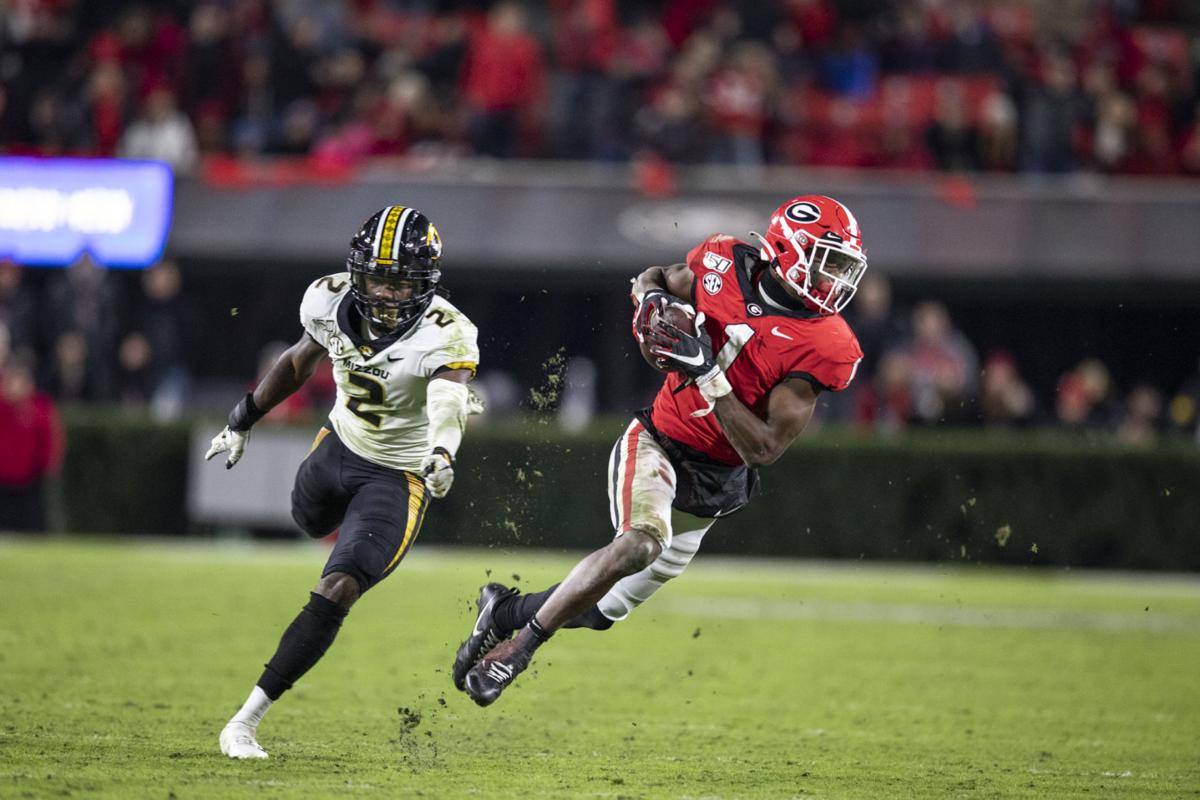 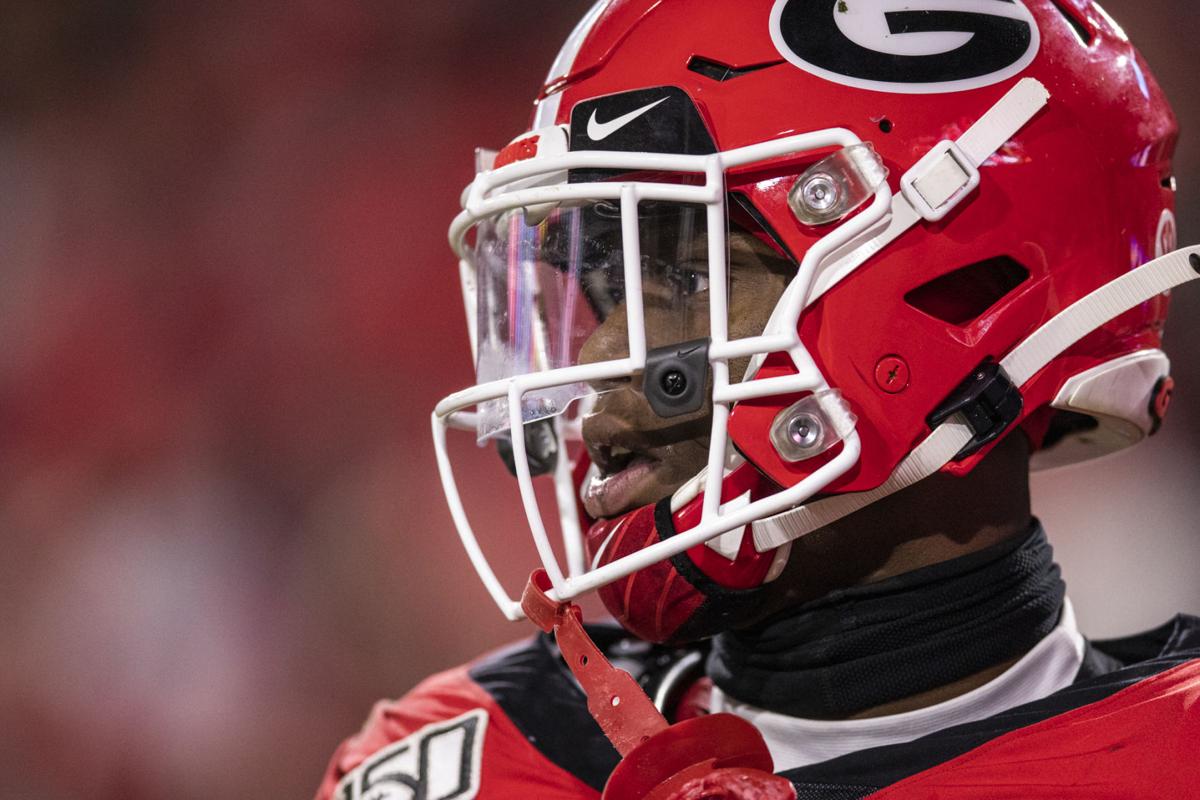 Georgia wide receiver George Pickens (1) runs off the field after scoring a touchdown. The University of Georgia Bulldogs beat Missouri by a score of 27-0 on Nov. 9, 2019, in Athens, Georgia. (Photo/Ryan Cameron, rcameron@randb.com)

George Pickens isn’t a freshman anymore. At least, not in Kirby Smart’s eyes now that Georgia has played nine games.

And on Saturday, Pickens didn’t play like a freshman either. His strong performance helped bolster Georgia’s offense in a 27-0 shutout of Missouri. He finished with five receptions for 67 yards and both of Georgia’s touchdowns.

“Man, he’s growing up,” quarterback Jake Fromm said. “He’s done a great job of taking his game to the next level, really focusing on the details and making plays when they come his way.”

On the Bulldogs’ opening drive, Fromm marched the offense down the field. After a big third-down conversion, Georgia had the ball on the Tiger 25-yard line. Fromm slung a pass to Pickens over the middle and let him do the rest.

Pickens came up with the pass at the 6-yard line and sped ahead before getting hit at the 2-yard line. He extended his right arm and muscled across the goal line for a touchdown.

The 6-foot-3, 190-pound target added to his highlight reel in the fourth quarter. After Georgia’s offense continuously stalled and settled for field goals, Fromm found Pickens again. With 14:02 left in the game, Fromm tossed it to the front corner of the end zone. Pickens did the rest.

Pickens leaped up and stretched out his arms to make an acrobatic snag then promptly planted his left foot in the dewy grass to secure the 18-yard touchdown catch. His teammates noticed from the sidelines.

Defensive back Tyson Campbell had both hands on his head, his mouth wide open in awe of Pickens’ spectacle.

“Wow, what a catch,” Campbell thought to himself.

“That’s just George,” he said. “You can’t say anything else about that.”

“You always know when he walks in the room, he’s got a really buoyant smile,” Fromm said. “He loves the game of football. He’s going to come, he’s going to ball out for you, he’s always going to have a smile and always crack jokes for you.”

Georgia’s leading receiver on the season — graduate transfer Lawrence Cager — went down with a shoulder injury just before halftime. Pickens filled the void over the final two quarters, emerging as Fromm’s top target. He finished the second half with three catches for 38 yards and a touchdown.

Pickens should have had a third touchdown on the night. An illegal formation penalty revoked what would have been a 68-yard touchdown haul. Pickens was one of the men at fault.

There are still growing pains for the Bulldogs’ young receiver, and Smart wants to see Pickens get more consistent with the little things.

Smart said Cager “should be fine” but it’s still unknown if the graduate transfer will be back to 100% for the upcoming Auburn game. If Cager can’t go, it could be Pickens’ turn to take the next step.

Silence rang throughout Sanford Stadium with 25 seconds remaining in the first half of Georgia's game against Missouri when the Bulldogs lost Lawrence Cager to an injury.

Following No. 6 Georgia's win over Missouri on Saturday, The Red & Black graded each position group's performance.

Observations: No. 6 Georgia moves to 8-1 with win over Missouri

No. 6 Georgia blanked Missouri 27-0 on Saturday at Sanford Stadium. Here are some observations from The Red & Black:

Kirby Smart met with the media on Monday ahead of Georgia’s game on Saturday at Auburn. He discussed the Tigers, defensive coordinator Dan Lanning and injuries following the win over Missouri.