Skip to main content
You are the owner of this article.
Edit Article Add New Article
You have permission to edit this article.
Edit
Home
News
Sports
Culture
Opinion
Multimedia
Magazine
Eat & Drink
Visit Athens
UGA 101
Housing
About
1 of 6 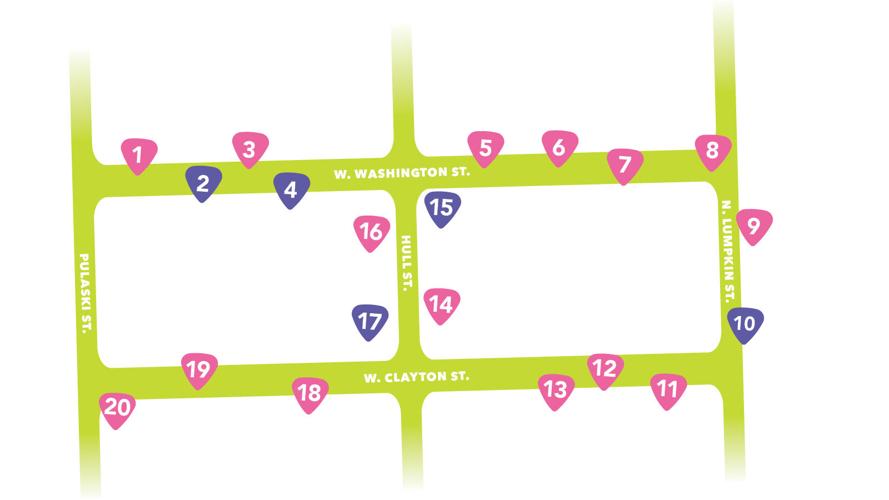 The Athens Music Walk of Fame, launched in 2020, covers a compact area of downtown. The spots in purple indicate the 2022 inductees. (Illustration/Marianne Delgado) 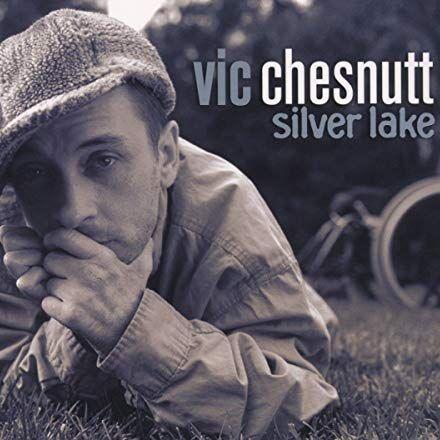 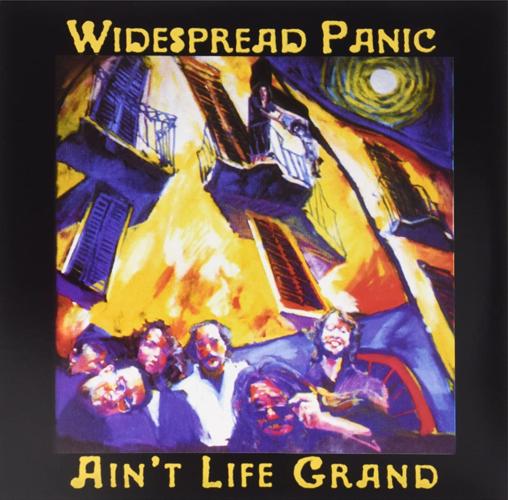 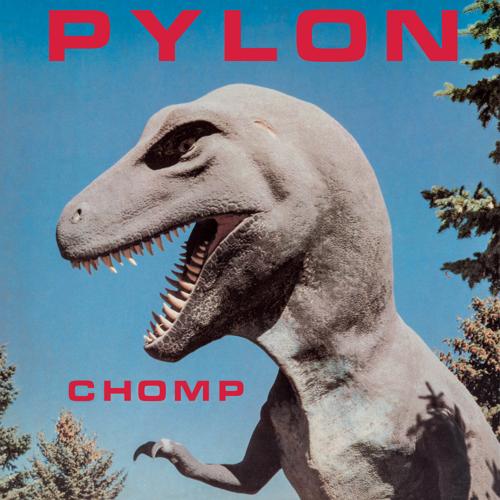 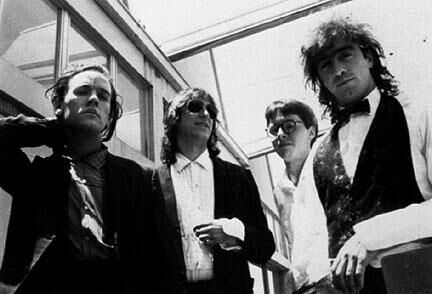 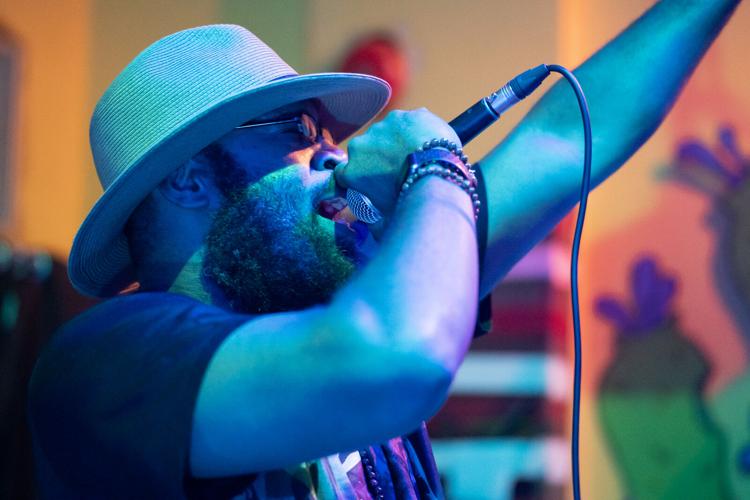 ISHUES performs on stage. On Tuesday, July 12, the Black Outside National tour stopped at The World Famous in Athens, Georgia. (Photo/Sidney Chansamone, @sid.chansa)

Launched in 2020, the Athens Music Walk of Fame takes visitors on a journey through the city's musical history and showcases a spectrum of talent on just a few downtown blocks.

Athens native and legendary singer songwriter Vic Chesnutt was a star in the local music scene in the 1990s and early 2000s. Chesnutt, who was partially paralyzed in a car accident in 1983, was known for his haunting Americana sound and poignant lyricism.

Founded in Athens in 1980, Love Tractor is an alternative-rock band that paved the way for the genre in the local music scene alongside Pylon, R.E.M. and the B-52s. Following a long hiatus, all three original members of the band — plus a few extras — reunited in 2016.

Formed in Athens in 1986, Widespread Panic is a beloved jam band that holds the record for number of sold out performances at both the State Farm Arena in Atlanta and the Red Rock Amphitheater in Morrison, Colorado. Some of their most popular tracks include “Up All Night” and “Climb to Safety.”

Athens hip-hop legend ISHUES entered the local music scene in 2003. Known for his unique sound that blends the styles of the North and Southeast, ISHUES is also an activist and entrepreneur.

Renowned composer Hall Johnson was born in Athens in 1888. Johnson himself played the violin but had a passion for choral arrangement and was known for his arrangements of African American spiritual music and film scores.

The flip-side of The B-52s party sound, post punk Pylon offered angsty vocals and jangly guitar chords on this 1982 album featuring "Crazy" an…

Pylon’s new-wave, post-punk sound influenced the Athens music scene and the American pop underground in the 1980s. Pylon was formed in Athens in 1979 by four art students at the University of Georgia.

Art Rosenbaum was a professor emeritus of drawing and painting in the Lamar Dodd School of Art at UGA, where he taught for 30 years. Rosenbaum won a 2008 Grammy award for his historical album, “The Art of Field Recording Volume I: Fifty Years of Traditional American Music.”

After jamming together at a Chinese restaurant in Athens, the B-52s quickly became one of the biggest names to come out of the town. This new-wave band is known for huge hits such as “Love Shack,” “Rock Lobster” and “Roam.”

Alternative hip-hop musician and producer Brian Joseph Burton, known professionally as Danger Mouse, found his start in Athens while studying telecommunications at UGA. Burton is known for his star-studded production career and his part in Gnarls Barkley, a duo made up of himself and CeeLo Green.

Remembering the best of Athens music: A playlist for the Walk of Fame

Childhood friends Daniel Hutchens and Eric Carter met in West Virginia, but their passion for songwriting and rock ‘n’ roll music led them to Athens. The band is best known for their influence over the sets of Widespread Panic, who often perform BloodKin originals like “Can’t Get High” and “Who Do You Belong To?”

In January of 1980, Peter Buck met Michael Stipe while working at Wuxtry Records in downtown Athens. After their meeting and the subsequent formation of R.E.M., the revolutionary alt-rock band was shot into long-lasting stardom.

Born in Athens in 1868, Bob Cole was a composer, playwright, actor and stage producer. Along with Billy Johnson, Cole wrote the first musical entirely created and owned by Black showmen, making him a leader in the world of Black performing arts and composition.

A brief history of Black Athens: In the face of hundreds of years of systemic oppression, Black Athenians strived for — and achieved — success

After losing his arm in a wagon accident, young Neal Pattman took to playing the harmonica on the street corners of Athens. Pattman went on to tour with other blues artists around the world, even performing at the Lincoln Center in New York City.

Music integrates for cause

Of Montreal was created in Athens after the front person, Kevin Barnes, had a failed relationship with a woman from Montreal. The indie-pop band is known for their ever-evolving sound, which is present in their 17 studio albums.

PHOTOS: of Montreal performs first stop of UR FUN tour at the Georgia Theatre

Actor, singer and Broadway star Tituss Burgess was born and raised in Athens, receiving a music degree from UGA. Burgess is known for his roles on Broadway and in television shows such as “Unbreakable Kimmy Schmidt.”

Influenced by the sound of the Kinks and The Rolling Stones, The Glands found their start in Athens in the 1990s. The rock band was known for their albums “Double Thriller” and “The Glands.”

PHOTO GALLERY: The Glands at AthFest 2012

This duo paved the way for hip-hop in the Athens music scene. They appeared on national television with David Letterman and have notoriously collaborated and toured with artists like Swizz Beats, Blink-182 and Maroon 5.

This musical collective moved to Athens after starting in Louisiana, drawn by the town’s blossoming music scene. This collective has many acts affiliated with it, including of Montreal, Neutral Milk Hotel and other bands with an interest in soft, psychedelic pop.

This article was originally published in our fall 2022 Visitors Guide, and was updated with the finalized locations of 2022 inductees.

Sept. 15 marks the start of Hispanic and Latinx Heritage Month, a month dedicated to recognition and celebration of the Hispanic and Latinx communities across the United States. At the University of Georgia, the Multicultural Services and Programs department put together a kickoff event on the first day of the special month.

“The first pride was a riot,” according to Cameron Harrelson. On Saturday night, thousands of people gathered together to celebrate love and acceptance that those at the first pride event fought for. Cheers from the stage at APQC’s annual Pride Fest echoed through Terrapin Beer Co.

Martina Essert is an aspiring cultural reporter and is passionate about telling the stories of underrepresented communities. Essert is pursuing a degree in journalism with minors in international affairs and political science.

Browse the digital edition of our fall 2022 guide