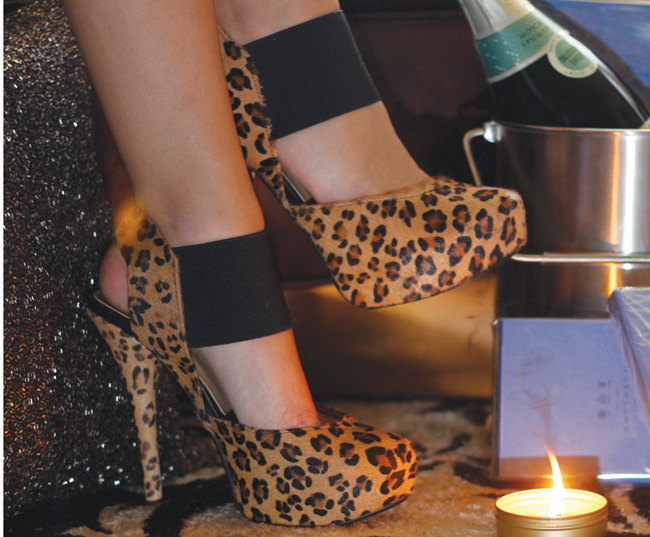 The website SeekingArrangement.com states there are 281 University of Georgia students registered with the site as sugar babies. This puts the University on the list of the top 20 colleges with the highest number of sugar babies. Photo Illustration by KATHRYN INGALL/The Red & Black 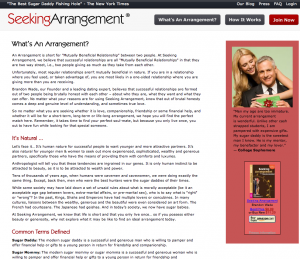 The website SeekingArrangement.com states there are 281 University of Georgia students registered with the site as sugar babies. This puts the University on the list of the top 20 colleges with the highest number of sugar babies. Photo Illustration by KATHRYN INGALL/The Red & Black

For one University student, sex and $10,000 is in the job description.

This student found her sugar daddy and became a sugar baby.

A sugar baby is a young person who provides companionship to an older sugar daddy or mommy in exchange for money and gifts.

The 21-year-old student, who preferred to remain anonymous, found her sugar daddy on Seeking Arrangement, a site that allows sugar daddies and mommies to find and pair with sugar babies.

She signed up for the site after reading about it in an article, but the student said she has been interested in finding a sugar daddy since a young age.

“Dating college guys doesn’t do anything for me,” she said. “If I’m dating an older guy, I figure maybe I could get more out of it than the date.”

Brandon Wade, the founder of Seeking Arrangement, said the University probably has more sugar babies because of its proximity to Atlanta, which has many members.

College students make up about 35 percent of the sugar babies on Seeking Arrangement, a jump from 25 percent in 2006, Wade said.

“All the sugar babies on the site are pretty educated,” he said. “Most have a college degree or are working on one.”

A Seeking Arrangement profile includes the location of the person, how much money they want or are willing to pay and information about themselves. It may also include the Sugar Baby College Certification, which babies can obtain by providing their college e-mails.

With the certification, babies get free premium membership and daddies and mommies gain access to “a very appealing segment of the population they want to date,” Wade said. Seeking Arrangement analyzed members’ emails to determine the number of babies at the University.

“We’re always trying to find ways of making sure the members are weeded out,” Wade said. “We display a lot of this additional information to give users more information so they can make an informed decision for themselves.”

The student, who joined Seeking Arrangement in August, has the College Certification and said around 30 different daddies have messaged her.

“I think a lot of sugar daddies are looking for specifically college babies because they know they have financial needs and student loans and tuition to pay,” she said. “I think they want someone young and vibrant who has energy for life. They might realize college babies might not be attracted to them as much, so that’s where the money comes into play.”

Among the messages the student has received, she found a divorced daddy in Washington, D.C. with no children she plans to meet in the next few weeks.

“We have to have chemistry. We have to actually get along. We have to like each other, be into somewhat the same things,” the student said about meeting her daddy.

Once they decide to start their relationship, the daddy will fly the student twice a month to Washington, D.C. Each visit will last 24 hours, and the student will receive $10,000 a month, she said.

Most daddies pay a few thousand dollars a month.

“I do like the finer things in life,” the student said. “I like designer goods and traveling and fine cuisine, so someone who could not spoil me, but gift me every once in awhile would be nice. But I’m not out there just for the money saying, ‘Buy me this and buy me that.’”

Though her parents pay for University tuition, the student said she has one loan to take care of. She also likes designer purses and wants to begin a collection with the money from her sugar daddy, she said.

“I want to spend some now on material goods just because instant gratification is always nice,” the student said.

When asked what their relationship will consist of, the student said she and her sugar daddy will have dinner dates, shop, go on vacations and “definitely” have sex.

The student isn’t worried about sleeping with her sugar daddy, she said.

“He is fairly young,” she said. “He’s under 30. That’s OK with me. He does have some very specific requirements, but $10,000 a month – I’m willing to do that. He’s into more hardcore stuff than the average person. I guess that’s why he’s also offering a larger amount of money because it’s harder to find someone who will agree to that.”

In a survey conducted by Seeking Arrangement, 60 to 70 percent of sugar babies said they have sex with their daddies or mommies, Wade said.

“But there’s always that 30 to 40 percent where that sugar daddy helps that sugar baby out without meeting them or taking the relationship across the line that involves intimacy,” he said. “Having sex comes down to who you are and what’s on your profile.”

Some daddies and mommies, who include politicians and CEOs, just want to mentor their babies, Wade said.

Sugar babies were especially popular in the 1920s, but they are nothing new, said Keith Campbell, head of the University psychology department.

“I think these relationships have been around forever,” Campbell said. “It’s an old phenomenon.”

He said the internet may make those relationships easier, and many students now think becoming a baby could provide

“shortcut to an elevated life” or the surge may result from the poor economy, Campbell said.

“If students think they have to enter a relationship with a sugar daddy, that’s a problem,” he said.

Campbell also compared this era to the 1920s.

“That’s another time the culture became like this — when there was a huge gap between the rich and poor,” he said. “Is this why this Roaring ‘20s model is coming back?”

In a survey of college sugar babies, Seeking Arrangement found students foremost become babies to pay for tuition and expenses, Wade said. Less popular reasons include the desire to travel and networking opportunities with professionals.

“The site does serve a purpose,” he said. “It enables consenting adults to have mutually beneficial relationships.”

A few of the student’s close friends know she is a sugar baby, but none of her roommates or family members do, she said.

“I keep it fairly discreet from them,” the student said. “There’s a stigma that goes along with it. You’re a prostitute or a slut. It’s just easier for me and my other relationships — like my mom and my family and my friends — if I just keep it from them.”

A few people told her becoming a sugar baby is “a good idea since I’m young and I can get away with it,” the student said. She said she plans to continue as a sugar baby for a few years after she graduates “until it’s no longer beneficial.”

For now, the student looks forward to meeting her sugar daddy for the first time, she said.

“I think it’s fun,” she said. “I think it’s an exciting thing to do. It’s a new adventure, meeting new people, trying new things. I’m excited to meet him.”

SeekingArrangement.com is an online dating website that specializes in connecting young people with potential “benefactors” who will financially support them. The website is the largest “sugar daddy” dating website with over 2.7 million users worldwide, and 42 percent of the Sugar Baby members are college students.