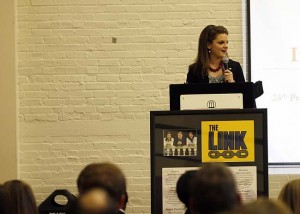 Student Government Association President Mallory Davis speaks at the inauguration of The Link. Davis said she expects the Okefenoke Oar to be brought home this year. KATHRYN INGALL/Staff 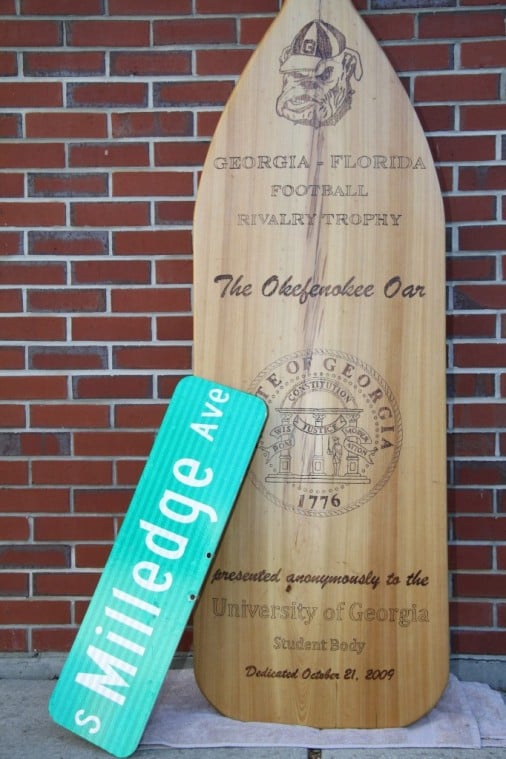 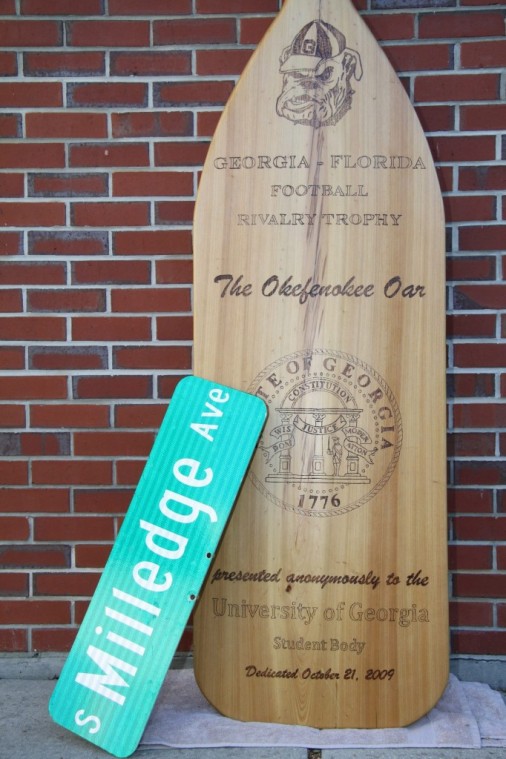 SGA's programming board, consisting entirely of sophomores, plans the traditional War for the Oar.

Student Government Association President Mallory Davis speaks at the inauguration of The Link. Davis said she expects the Okefenoke Oar to be brought home this year. KATHRYN INGALL/Staff

SGA's programming board, consisting entirely of sophomores, plans the traditional War for the Oar.

Hoping for a win this year, the University’s student government association spoke with administration this week to make sure there would be a home at the University for the official Georgia-Florida rivalry trophy — the 10-foot, towering Okefenokee Oar.

The oar, in conjunction with a resolution passed jointly by the University and the University of Florida’s respective student governments, now acts as the official rivalry trophy for both schools.

Donated anonymously to Florida in 2009, the oar was engraved with a Georgia side and a Florida side, depicting mascots from both schools. With Florida wins in 2009 and 2010, they kept the trophy, but contacted the University’s student government this year so that arrangements could be made in Athens to display the oar.

“We’re really trying to build it into this huge tradition because we haven’t had it yet, but we’re confident we’re going to bring it home this year,” said Mallory Davis, SGA president. “It’s going to be something the administrators are really excited about. They’re looking to build a display for it, possibly between old and new Tate. So possibly a permanent home for it, whenever we bring it back from Florida.”

Davis said they were looking to fill the display case with photos of University students with the oar, which will be set up for pictures at both of the student governments’ tailgates in Jacksonville over the weekend.

“It’s going to be out for display. Both the UGA SGA and UF SGA will be promoting it before the game and taking pictures with it,” said Becky Lowe, the University SGA’s director of student life. “Fifteen minutes after the game we will be exchanging the oar and will be taking pictures at the Pepsi stands inside the stadium.”

Lowe said she feels excited to have something so large represent the biggest rivalry game of the year.

According to Kyle Walker, a senior industrial engineering major from Duluth and University of Florida student, the oar was carved from a 100-year-old tree in the Okefenokee Swamp. Since the swamp was territory disputed over by settlers from Georgia and Florida, the oar represents the earliest roots of the rivalry.

Having never made the trip to Athens before, SGA feels that the student body might not know about the oar and hope to raise awareness.

“It was kind of hard for UGA to pick up on the tradition because we’ve never had it and it started in Florida and kind of stayed there,” Davis said. “But they reached out to us and we started planning this a couple weeks ago.”

Walker said he and the committee working on promoting the oar in Florida wanted to make the oar the official trophy by working with the University’s SGA.

“We just wanted to get it in writing that this was the Florida-Georgia rivalry trophy. We had a conference call with the president and a student life representative and they passed the bill in the past two weeks,” he said. “Being born and raised about 45 minutes from Athens, being raised with diehard Bulldog fans, Athens is a home away from home for me and its something I’m really fired up about.”

With the oar’s adoption, the game took on the additional title of “The War for the Oar,” supplementing the Georgia-Florida game’s most well known nickname as, “The World’s Largest Outdoor Cocktail Party.”

Davis and Lowe said they expect to take the oar this year and make a home for it when it arrives.