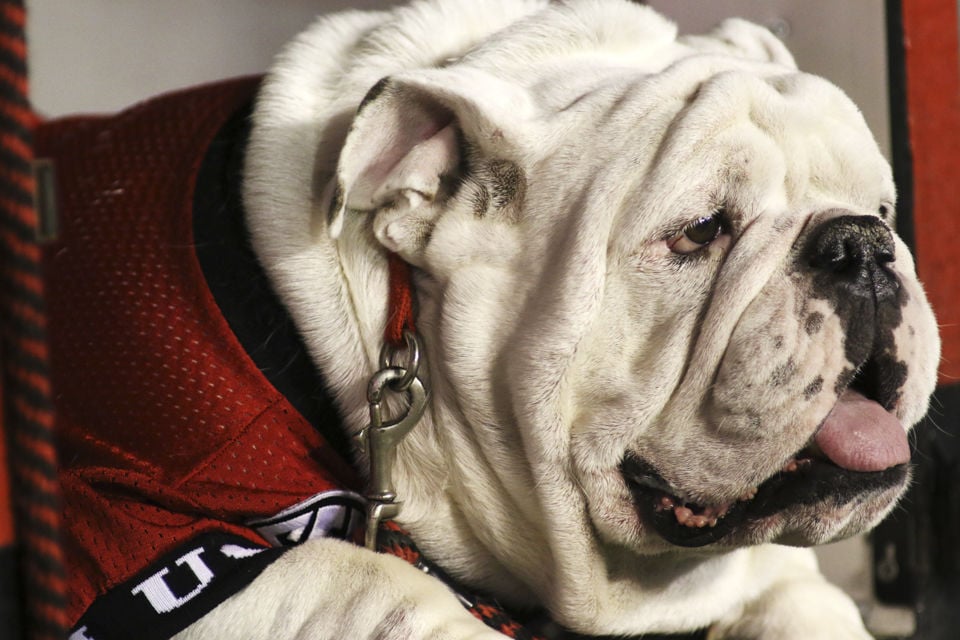 Uga X, the Georgia mascot, sits in his kennel during the University of Georgia vs. University of Massachusetts football game on Saturday, Nov. 17, 2018, at Sanford Stadium in Athens, Georgia. The Georgia Bulldogs defeated the Massachusetts Minutemen 66-27. (Photo/Christina R. Matacotta, crmatacotta@gmail.com) 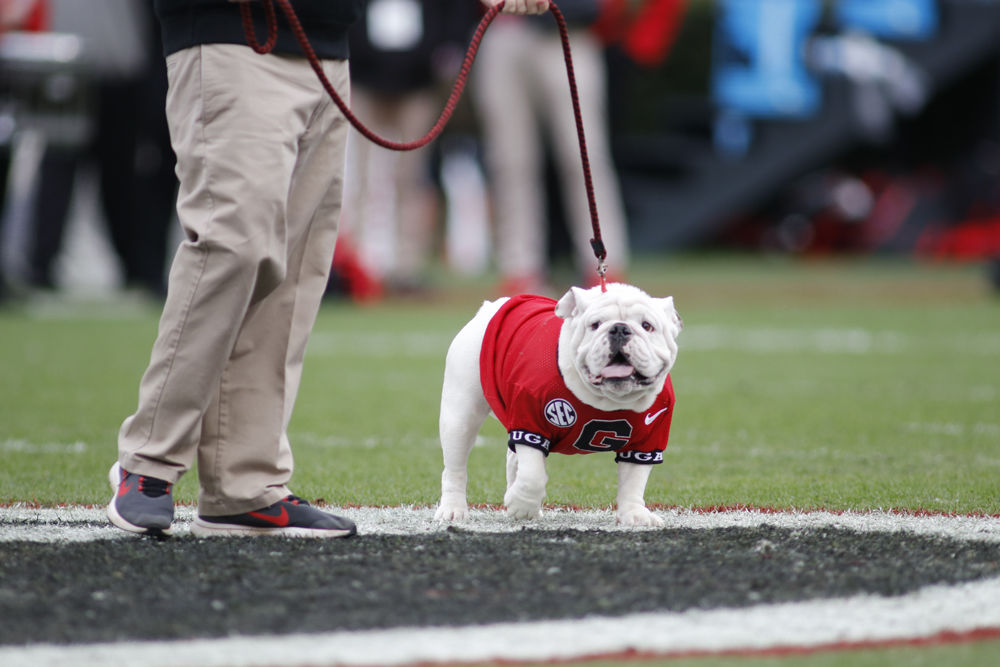 Uga, the Georgia mascot, walks on the field at Sanford Stadium during the Georgia vs. Georgia Tech game on Saturday, November 24, 2018, in Athens, Georgia. The Bulldogs were leading the Yellow Jackets 38-7 at the half. (Photo/Rebecca Wright)

The Red & Black publishes opinions from a number of contributors and staff columnists. Their opinions do not reflect the opinions of the editorial staff. The editorial staff is in no way involved with the opinion pieces published with the exception of editorials. Editorials are written by the editorial board consisting of the opinion editor, managing editor and editor-in-chief. Editorials are clearly marked EDITORIAL at the beginning. This article is from opinion editor MK Manoylov, a senior ecology and English major.

On Jan. 1, 2019, viewers were shocked to see Bevo, the 1,600-pound longhorn bull, charge at Uga X before the 85th edition of the AllState Sugar Bowl. Bevo and Uga are the live animal mascots for the University of Texas and the University of Georgia, respectively, and the potentially dangerous situation caused PETA to revive their argument against universities using live animal mascots.

There are points for and against using live animal mascots. Below are a few of them.

On one hand, I think the live animals are there to be gawked at by football goers. They’re like a zoo exhibit, except one totally out of the animal’s natural habitat (except for dog mascots).

And yet, how can we measure the cost of tradition? Despite the arguments against their usage, live animal mascots have been a part of university tradition for decades. Uga has been around since 1956, so there are Georgia fans who have lived their lives with a real dog starring the football games. Getting rid of Uga would be too abrupt and difficult a change for many Georgia fans.

Despite human attachment to them, animal welfare should be the final indicator of whether an animal should be used for entertainment purposes. Animal mascots are indeed pampered and have high-quality care, but they are put in situations where they could be seriously injured or injure other living things, such as with the Bevo-Uga debacle.

While there are certainly pros to the situation, live animals should not be used as a school’s mascot. Football is a uniquely human institution, so humans should be the only ones mascotting it. This isn’t to say that schools can’t use animals for their branding. We can and always should be the Georgia Bulldogs, University of Texas should always be the Texas Longhorns and so forth. Animal symbology is not the issue.

The issue arises when animals are expected to behave in human-preferred ways when certain animals are not meant to be in human spheres. Domesticated animals were selectively bred for thousands of years to understand human speech and learn human behaviors. Therefore, Uga and other dog mascots can stay, but the non-domesticated animals should remain in environments more suited to the animals’ biologically and ecologically correct roles. Such roles do not include being eye-candy at a football game.

I don’t see what a live animal does that a human dressed as an animal can’t do (except for flying like an eagle — I’d love to see that!). Humans understand human language, understand what football is and will behave in ways that don’t harm other football goers. This can’t be promised from live animals, especially carnivorous ones.

While animals mascots will probably continue to stay for a while, large non-domesticated animals should be retired and costumed humans should take their place. Football will always be the main focus of a football game, so the mascot should be as practical and safe as possible.

PHOTOS: A look back at Isaac Nauta's career at UGA

University of Georgia junior Isaac Nauta has declared for the NFL Draft along with several other UGA football players. Nauta enrolled at UGA i…

Missed tackles haunted fifth-ranked Georgia in its 28-21 loss to Texas in the Sugar Bowl on Tuesday.

The steps following initial renovation efforts will be “delayed by several months,” although no set time frame has been released.

OPINION: You'll probably fail your New Year's resolution, but here are some ways not to

New year, new you...for a couple days. You're 90 percent likely to fail your resolutions, but there are secret ways to being in the top 10 percent.

Football has become synonymous with hotdogs on the grill and rooting on your favorite team. But behind the fanaticism is football's deeper cultural heritage and purpose in society.

In a tweet, the People for the Ethical Treatment of Animals made the absurd claim that Uga is miserable, undermining their credibility and distracting from real issues of animal cruelty.