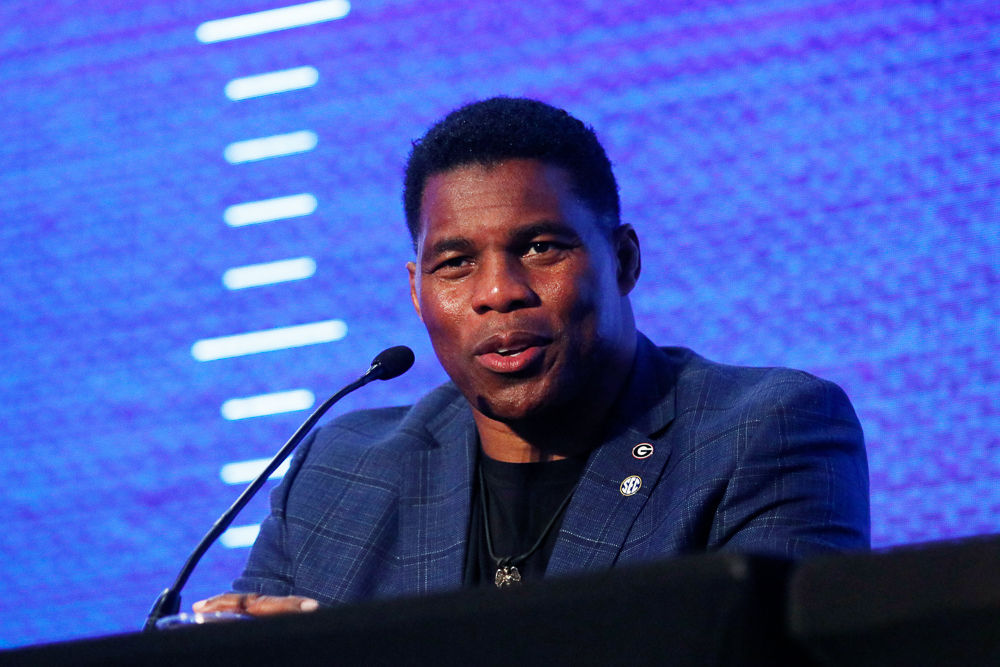 Former Georgia running back Herschel Walker serves on a panel of special guests at the second day of the 2019 SEC Football Media Days in Hoover, Alabama, on July 16, 2019. Walker reminisced on his time at Georgia and gave his opinion on current issues that the SEC is currently facing. (Photo/Daniela Rico) 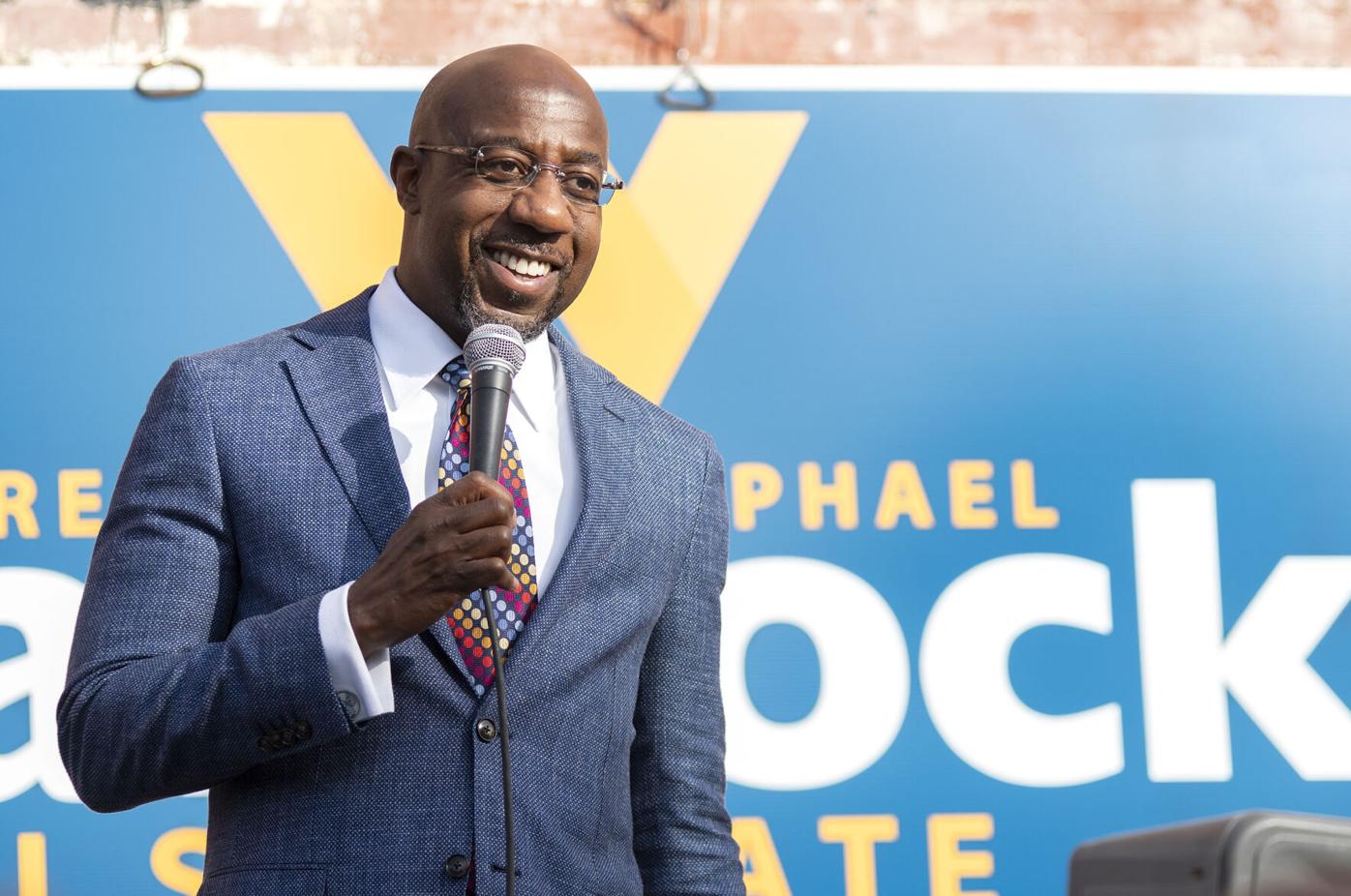 Then-candidate Rev. Raphael Warnock speaking at a rally in the parking lot of the 40 Watt Club in Athens, December 2020. (Photo/ Kathryn Skeean kskeean@randb.com) 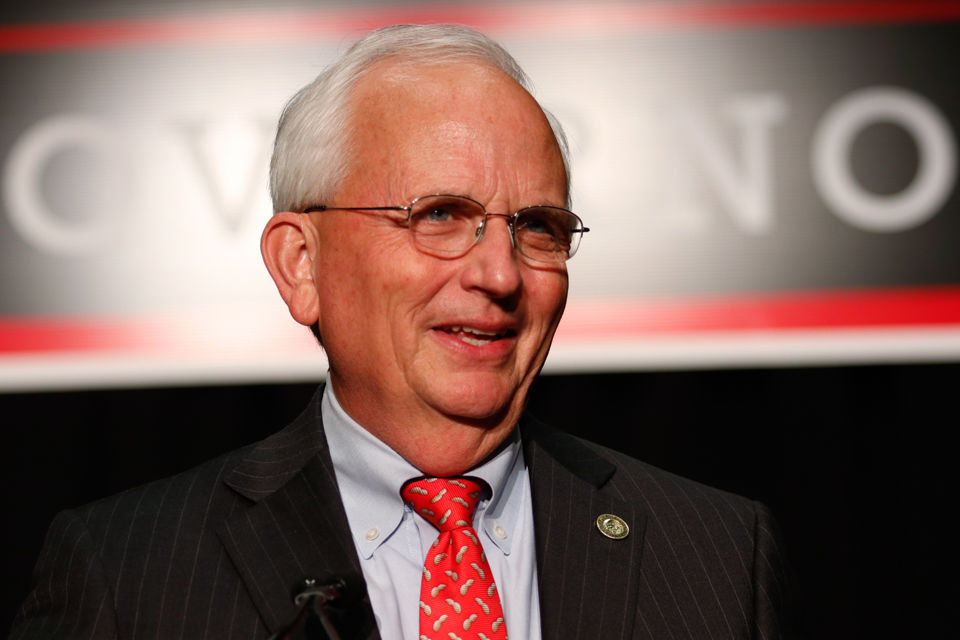 Former Georgia running back Herschel Walker serves on a panel of special guests at the second day of the 2019 SEC Football Media Days in Hoover, Alabama, on July 16, 2019. Walker reminisced on his time at Georgia and gave his opinion on current issues that the SEC is currently facing. (Photo/Daniela Rico)

The Red & Black publishes opinions from a number of contributors and staff columnists. Their opinions do not reflect the opinions of the editorial staff. The editorial staff is in no way involved with the opinion pieces published with the exception of editorials. Editorials are written by the editorial board consisting of the opinion editor, managing editor and editor-in-chief. Editorials are clearly marked EDITORIAL at the beginning. This article is from contributor James DeBetta, a second year English and philosophy major.

In about a years’ time, the primaries for the 2022 Senate election will begin. It may feel far away, but the next major election is almost upon us.

The 2022 Senate elections couldn’t be more important, as no matter what happens, the current 50-50 split of Republican and Democrat Senators is likely to shift. Georgia’s race alone could either strengthen the technical Democratic majority into a real one, or give it back entirely to the GOP.

Considering how much is on the table right now, the midterms will prove exceedingly valuable to Democrats if they play their cards right. If they don’t, then it may be their last chance for full control of both houses of Congress and the Presidency for a very long time.

Controlling the Senate will also allow them to have a say in judge and cabinet confirmations, a role brought to the fore by the large number of appointees Trump was able to push through in just four years.

The GOP will also likely have a good showing in the House midterms, as they control redistricting in powerful states such as Georgia, Texas, Florida and others, and will likely use this power to attempt to take back as many house seats as possible.

Since Georgia Sen. Raphael Warnock was elected in a special election triggered by the 2019 resignation of former Sen. Johnny Isakson, his seat is up for grabs in 2022.

Warnock will seek re-election to a full six-year term, but with Republican strategists seeing Georgia as one of the best places to steal back a Senate seat, he may have a big challenge ahead of him.

The strongest – or at least the most famous – among the potential challengers is Herschel Walker, former University of Georgia football star and Heisman Trophy winner.

Flirting with a run for office for months, The College Football Hall of Famer announced his candidacy on Tuesday. Walker seems to have former President Donald Trump’s unquestionable support, and the feeling is mutual.

Walker showed his support for Trump at the Republican National Convention last year, saying that he is a long-time, close friend of the 45th president, and that he’s “seen racism up close [and] it isn’t Donald Trump.”

Former NFL player Herschel Walker praises President Trump as a "caring, loving father" and defends his record on race, saying people who think Trump is a racist "don't know what they are talking about." #RNC2020 https://t.co/0eaTsmxhg6 pic.twitter.com/YSbW3N5CDf

Warnock may have a hard time maintaining his seat in a very politically turbulent moment. The recent withdrawal of troops from Afghanistan and subsequent political fallout has already played into the early campaign.

Warnock was recently criticized by GOP members about his role in the fall of the Afghan government to the Taliban. Agriculture Commissioner Gary Black, a Republican who is also running for Warnock’s seat, said that his opponent has “fail[ed] to keep Americans safe.” If Republicans have their way, this issue will become one that will help define who ends up winning the seat in 2022.

The GOP has taken the crisis in Afghanistan not as a way to holistically reflect on our nation’s war efforts and tactics, but rather to blame the Democrats for fumbling the exit strategy, with the lion’s share of the smears aimed at President Joe Biden.

Warnock won by a thin margin in 2020, beating Sen. Kelly Loeffler by about two points. A narrow victory (though less narrow than Sen. Jon Ossoff’s victory) against an incumbent, herself never elected in the first place, only underscores the uncertainty around how long Georgia’s blue turn may last. But despite Warnock’s obstacles, Walker is not without his own to overcome.

Walker has almost no political past prior to endorsing Trump and has never held public office. One Republican strategist raised questions to Fox News anonymously – “How is he going to handle being thrown into the fire?” – signaling early worries among some in the party about his run.

Other GOP officials and members are worried as well, with CNN reporting private concerns by Senate Minority Leader Mitch McConnell. Even Gov. Brian Kemp acknowledged that Walker’s inexperience might be an issue in his potential bid.

“There’s … a lot of questions out there,” said Kemp about Walker’s bid, as Walker does not have an official stance on many of the issues that are important to conservatives.

Walker is also a ten-year resident of Texas, and pays his primary property taxes there. He registered to vote in Georgia last week. While the Constitution’s rules on residency are apparently vague enough for him to run for office to represent Georgia, Black has wasted no time calling attention to Walker’s intention to quickly move here.

“[I]t takes more than pretending to change your car tags,” said Black. “Move here, pay taxes here, register and vote in some elections and learn what Georgians have on their minds.”

OPINION: The most important yet unheard of parts of Georgia’s election bill

While opposition to Georgia's new election bill has focused intensely on how it could suppress voting, it is other overlooked parts of the bill that are truly alarming.

It goes without saying that last August was the most testing period of Joe Biden’s presidency. Coming into August, Biden consistently had posi…

If Brian Kemp is going to spew anti-migrant bile, he might as well be consistent.

College football is defined by consolidation, where a small group of perennial contenders lord above hundreds of schools unable to compete with them.

Data from the 2020 census suggests that all 50 American states have the opportunity to redraw their state legislative district maps this year.…

OPINION: Stacey Abrams’ national fame will not help her chances in 2022

Unlike Stacey Abrams's well-established national reputation as a liberal leader for voting rights, her actual electoral skill has rarely been discussed.