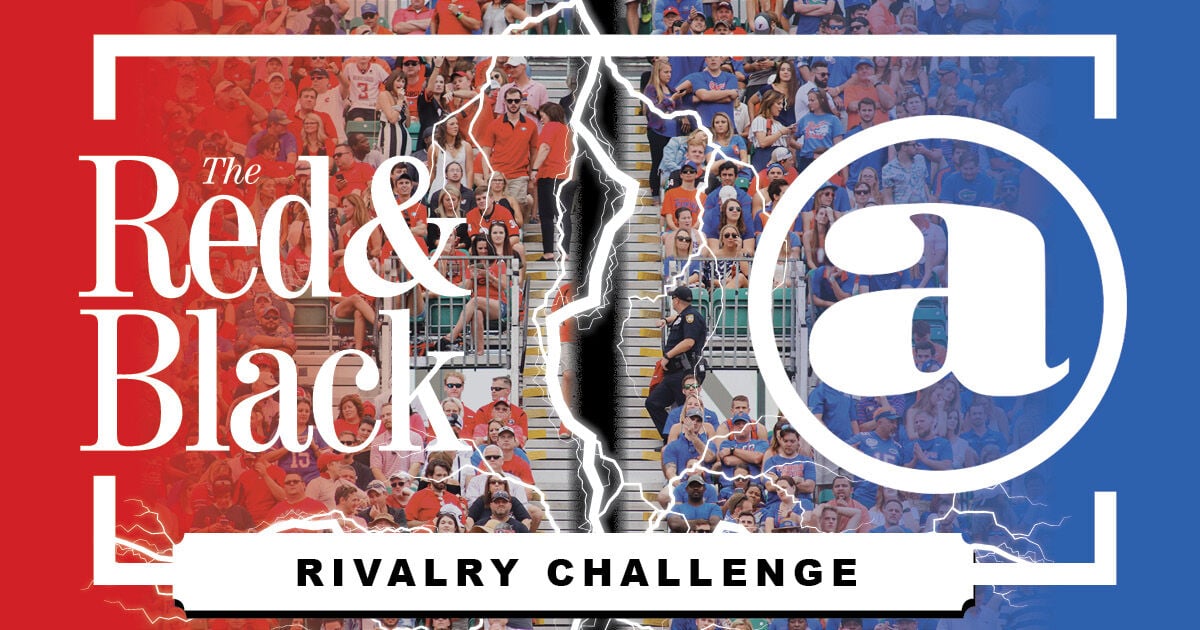 In October 2021, the two student newsrooms are teaming up for a special issue and a fundraising challenge

Whether you call it Georgia-Florida or Florida-Georgia or the World’s Largest Outdoor Cocktail Party, there is no question the annual matchup between the University of Florida Gators and University of Georgia Bulldogs is one of the greatest spectacles in college football.

Two student newspapers — The Independent Florida Alligator and The Red & Black — have covered the rivalry for more than a century. Each has a legacy of journalism excellence and an alumni roster of industry stars.

In 2021, the two news organizations are collaborating on a special edition. They will jointly produce a Rivalry Issue to focus on the Florida-Georgia football game. The issue will be distributed on both campuses the week of Oct. 25.

“I’m excited to see our work alongside The Alligator’s as we cover one of the biggest rivalries in college football,” said Jacqueline GaNun, editor in chief at The Red & Black. “Our yearly joint publication supports student journalism in a tangible way and I’m glad the tradition has continued.”

“I’m incredibly excited that our newsroom is collaborating with The Red and Black again this year,” said Steven Walker, editor in chief of The Alligator. “Our two newsrooms have covered this event for decades. I’m thrilled we can continue the tradition and support student newsrooms at the same time.”

A challenge to friends and alumni

While the newspapers collaborate on the special issue, they’ve issued a challenge to their alumni and supporters to compete in a fundraising competition. Funding student newsrooms is a challenge. Both news organizations are independent nonprofits committed to offering journalism training. From Oct. 15 to kickoff on Oct. 30, The Alligator and The Red & Black will be challenging their alumni and supporters to donate. Any donor who pledges $25 or more will receive a copy of the Rivalry Issue.

The rivalry challenge and special issue debuted in 2019, with the donation challenge won by The Red & Black.

“It’s an honor to once again collaborate with The Red & Black,” said Shaun O’Connor, general manager of The Alligator. “The rivalry challenge  was a huge success for both organizations in 2019. The content from both sides was terrific, and we’re excited for the opportunity to avenge our narrow loss on the fundraising challenge. This is a critical time for student newsrooms, and support from events like this will allow us to continue to grow as an organization.”

“Just as coaches like to talk about elite players, we consider the students in our newsroom to be national leaders, producing independent, authoritative news for our community,” said Rebecca Burns, executive director of The Red & Black. “We’re excited to once again collaborate with the Alligator, another top-notch newsroom, on this special project. We also plan to win the fundraising challenge, as we did in 2019, thanks to the support of friends and alumni of The Red & Black.”

The Red & Black is a 501c3 nonprofit and independent of the University of Georgia. We are supported through ad sales and donations and get no funding from UGA. Your donation supports our dual missions of training the next generation of journalists and providing readers with news they can trust.