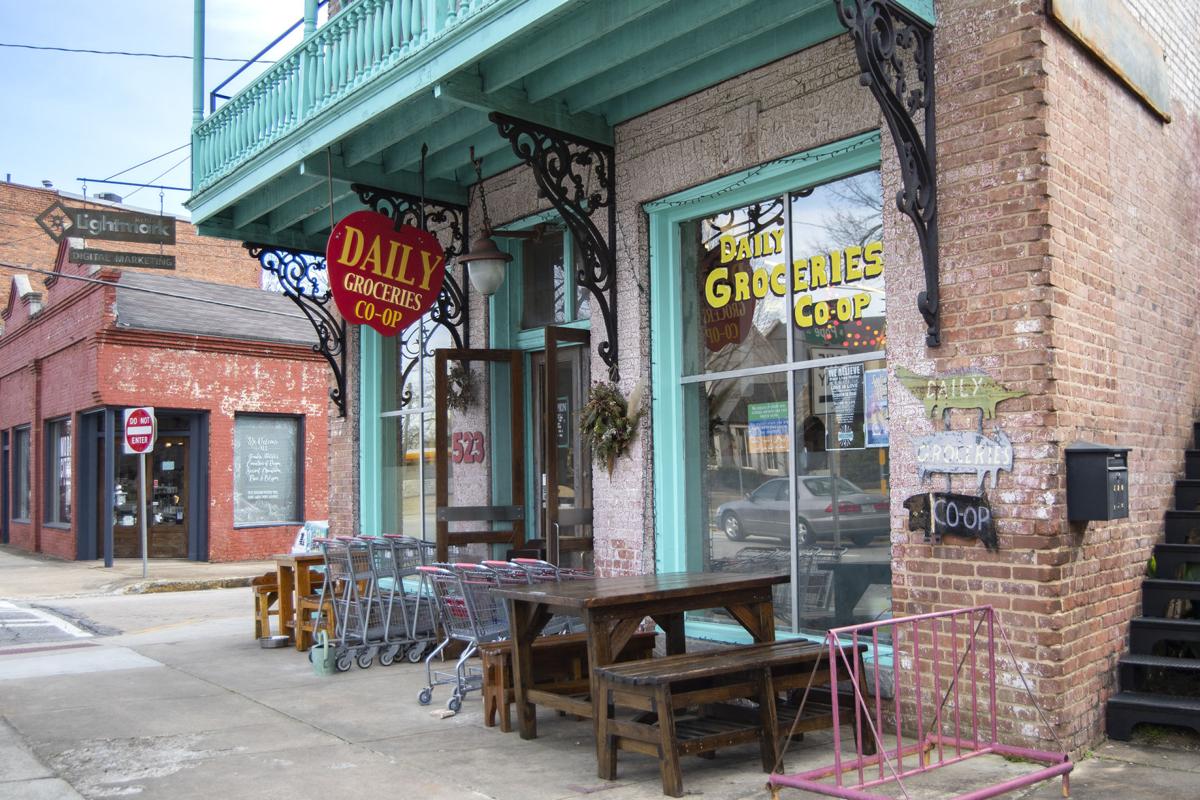 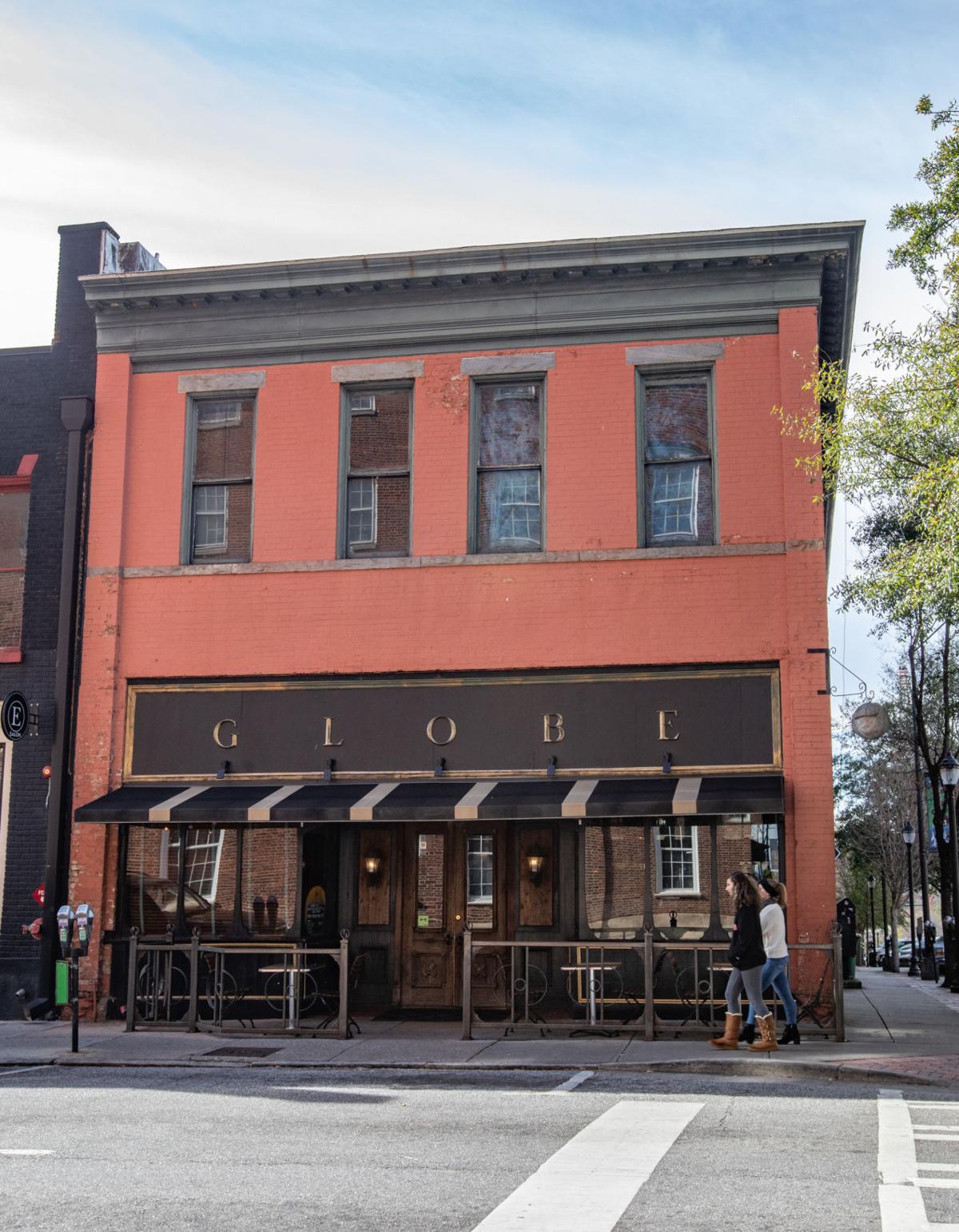 The Globe, a local restuarant and bar in downtown Athens, sits on the corner of N Lumpkin and W Clayton Street. The eatery is run by general manager Norman Scholz. (Photo/Caroline Head)

Since moving here in 1999, Athens resident Holly Berejikian has witnessed the city evolve from a town famous for its local businesses to one that is increasingly dominated by large corporations.

The unemployment rate dropped 1.4% between June and November last year. Berejikian attributes the change in Athens’ economy to major corporations’ investment in the city.

The leading employer in Athens, according to Athens-Clarke County 2020 budget, is the University of Georgia, with 10,700 employees. UGA is followed by Piedmont Athens Regional Medical Center with 3,300 employees. Pilgrim’s, a chicken producer, employs 1,650 people in the city while Caterpillar, a manufacturer of engines, mining equipment and more, employs 1,600.

On Nov. 27, after 10 years, local bakery Ike & Jane closed due to rent increase.

The general manager and part-owner of downtown bar The Globe, Norman Scholz, believes rent in the Athens area is “out of control.” Scholz said The Globe was established in 1989, and its “close” relationship with its landlord helps keep rent reasonable. After speaking to adjacent business owners, he has noticed closures linked to rent increases and believes the issue will tighten competition against corporations.

In the past year, multiple local restaurants have shut their doors. One example is KEBA, a restaurant specializing in Turkish sandwiches. KEBA had locations on Barnett Shoals Road and in Watkinsville.

In a Nov. 5 Facebook post, KEBA stated it planned to sell both locations and the KEBA brand.

While some Athenians fear corporations overtaking space in the city, a spokesperson for Landmark Properties said the company serves as a partner in the Athens community by helping to build a strong workforce.

“For many corporations, the direct impact is economic ... This is an economic driver for Athens,” the spokesperson said.

A big-name retailer — Target — plans to open a store at 131 E. Broad St. downtown. Target already has one location on Atlanta Highway.

Proposal for a downtown Target met without resistance

The store, 12,400 square feet, will be a “small format” store. The purpose of the small design is to better suit downtown Athens.

“Across the country, Target has prioritized opening small-format stores to serve guests in urban areas, dense suburban neighborhoods and near college campuses — places where a full-size Target typically wouldn’t fit,” said Aryn Ridge, a Target spokesperson, in an email.

“It’s difficult to compete on a field with multibillion-dollar corporations against effectively smaller pocket local stores,”

-Norman Scholz, general manager and part-owner of The Globe

Another national company planting roots in Athens is Wayfair, an e-retail company.

In June 2019, Wayfair announced it would open a customer support facility in Athens. The company will house its facility in the planned development General Time. The 35-acre mixed-use development is located on Newton Bridge Road and aims to be “the new social and commercial hub” of Athens, according to its website.

Wayfair will occupy 45,050 square feet of the development and has promised to add more than 500 jobs to the city.

In June the Athens-Clarke County Mayor and Commission approved an agreement to pay Wayfair up to $50,000 over a three year period — $100 for each new full-time job created by the company, for as many as 500 new jobs.

Mayor Kelly Girtz said corporations like Wayfair and Target will boost employment in Athens, where Girtz said 30,000 of its residents are college students who “generally” don’t work full-time or high-wage jobs.

“One of the things we try to do broadly is make sure there’s a strong employment sector in Athens. Sometimes that means there are larger entities coming into town and sometimes that means we’re building businesses from within,” Girtz said.

However, preliminary data from the U.S. Bureau of Labor Statistics shows that only about 2,500 people are unemployed in Athens out of a labor force of 102,400.

Girtz said the community is “excited” about “expanded employment” and higher wages, but Marie Gibbs said when compared to local stores, corporations lack “quality and care.”

Gibbs attended Athens Technical College and works in the city. Although she lives in Hartwell, she spends most of her time in Athens.

Once a week before commuting back to Hartwell, Gibbs stops by Daily Groceries Co-op. She buys “Athens-grown” groceries instead of shopping at a larger store.

“I value local food and goods. Athens started with local businesses and should stick to it,” Gibbs said. "Now I question, what will Athens become?"

Kara Brown, general manager of the Daily, said the store cares for Athenians and their needs but fears large corporations will value profit over community care.

The grocery store opened in 1992, and it serves organic food with Athens residents in mind, Brown said. Just this year, the Daily started a “food for all” program, introducing a store-wide discount to all Electronic Benefits Transfer recipients.

“I think local businesses are what give communities their unique flavor. We also strive to provide healthy food for people,” Brown said.

Brown said she believes larger grocery stores such as Piggly Wiggly and Target will decrease the Daily’s sales and traffic. She hopes the love for local goods is “alive” in Athenians and the store’s unique items will still attract loyal customers.

Other long-standing local stores are unfazed by the rise in corporations and put their trust in loyal customers.

Over the years, Scholz said the city’s continued love for the restaurant is a testament to residents’ “commitment” to local businesses. The trend of local closures doesn’t “intimidate” Scholz, who said Athens residents will stay loyal to local owners.

The future of Athens

A Landmark spokesperson said the company believes it can "serve as a partner in our community by engaging with other local organizations and leaders" and by "offering a needed service to residents."

Landmark Properties plans to grow its roots in the city by constructing Phase II of The Mark, a downtown student housing complex. When it opens in 2021, Phase II will bring 94 new apartments and 401 beds to The Mark as well as close to 20,000 square feet of retail.

The Mark Athens to expand, add more than 400 new beds

“Athens is our home, and we love it here. It’s where we decided to start our company, and it’s where we will continue to grow it,” a Landmark spokesperson said.

Although Girtz said the local government has little involvement with corporations developing in Athens, he is “excited” about the jobs they will provide to the city. Girtz plans to maintain a “vibrant local cultivation” and help all local businesses.

Looking toward the future of Athens, Girtz said the city will maintain a balance between national and local companies without losing its “charm.” He said his office hopes to be a “helping hand” to ensure success to Athens businesses and jobs to residents.

Correction: A previous version of this article quoted a Landmark Properties spokesperson who should not have been identified by name. "Landmark" was also misspelled. The Red & Black regrets these errors and they have since been fixed.

Chains come and go, but there’s something heartbreaking about longtime staples closing down …

A growing number of children are accumulating school lunch debt. This is a burden on families, so the Georgia government should step in to ensure that children can receive meals at school for free.

On Feb. 3, grocery store Earth Fare announced it would be closing its corporate office and all of its stores.

Although there's been some local favorites that have closed, the success of other small businesses shows there's still a demand for the local stores critical to Athens culture.

Following the closings of several local Athens businesses, The Red & Black asked University of Georgia students how they felt about these changes.