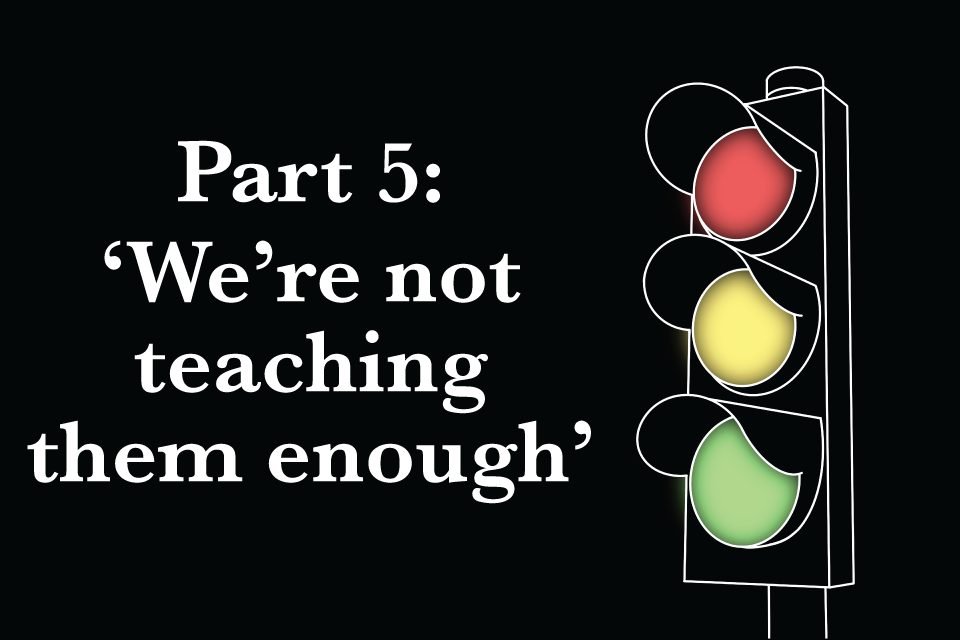 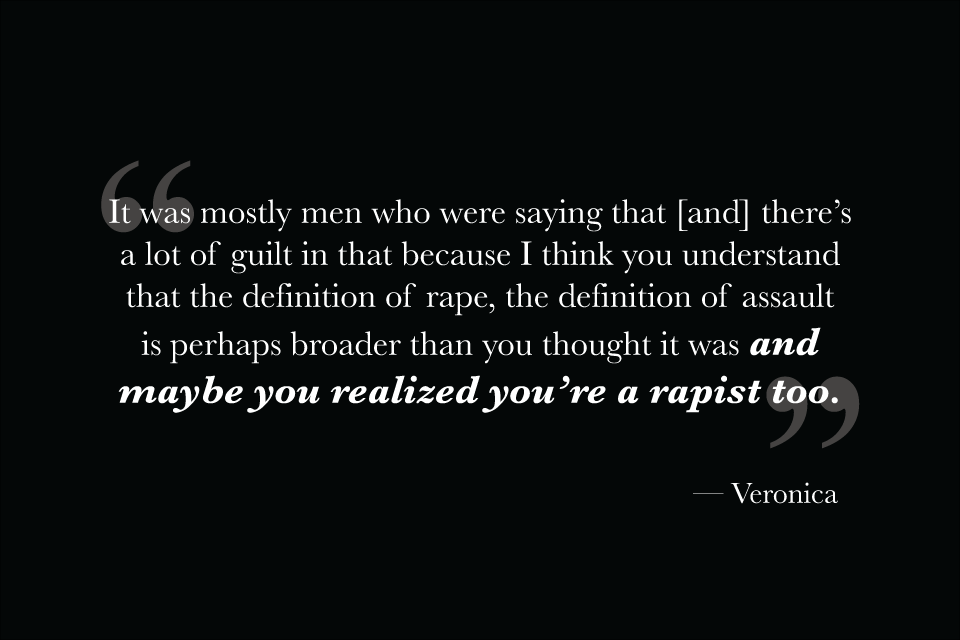 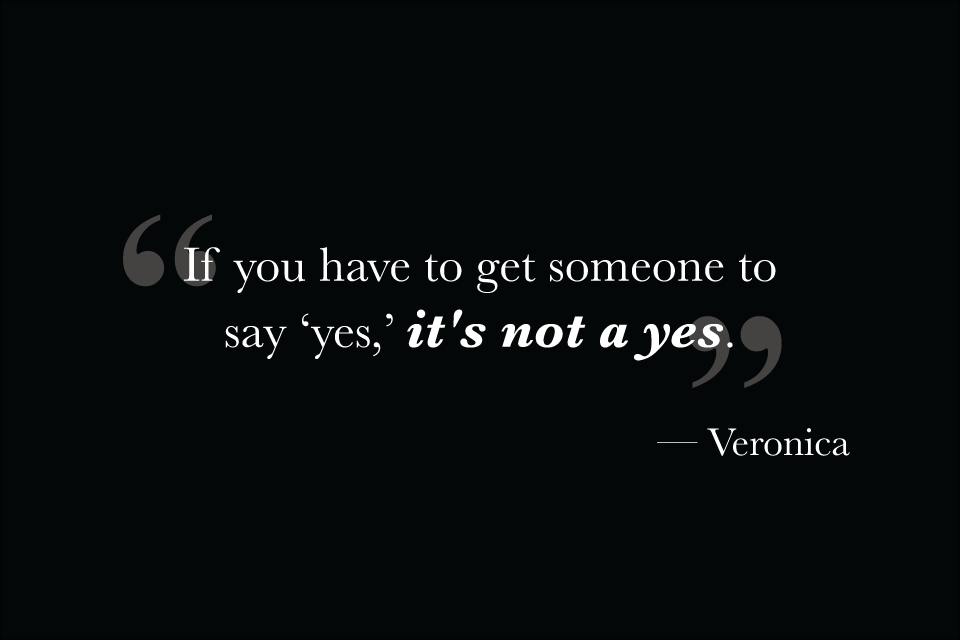 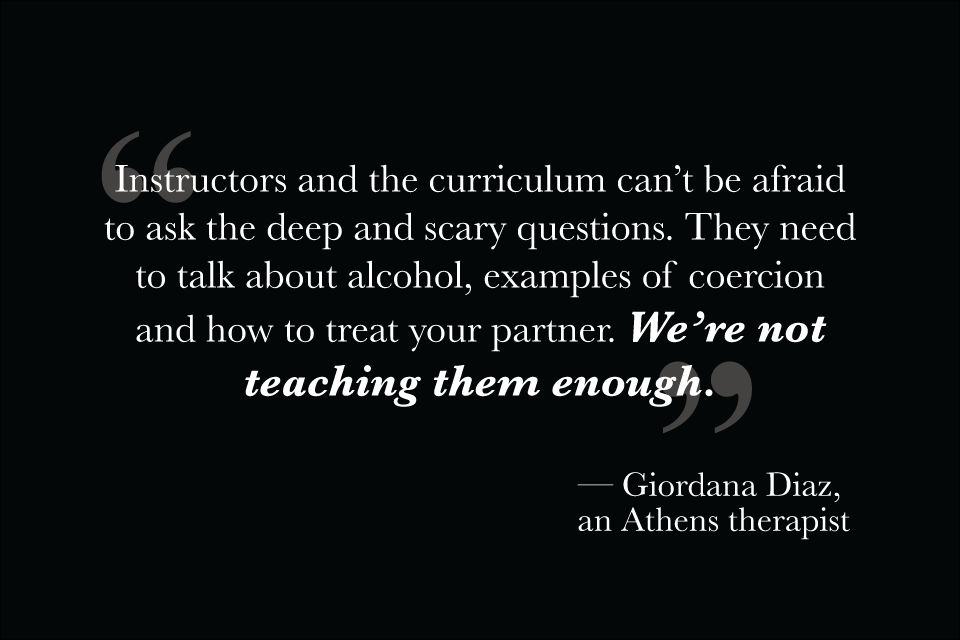 This is part five of a five-part series focusing on posts from individuals who shared their reported experiences with sexual assault and misconduct on Twitter in summer 2020. This movement coincided with the nationwide protests for racial justice and took place in multiple university communities on Twitter, including the University of Georgia.

The Red & Black reached out to multiple individuals who shared posts and had knowledge of the movement in the UGA Twitter community as well as those accused during the movement. For details on the reporting process see “How We Got This Story.” We do not share the specifics of any account posted on Twitter as we are unable to independently confirm the stories. This series focuses on some of the broader issues highlighted by the movement.

To protect privacy, we are using pseudonyms for four people quoted in this series: Veronica, Crystal, Erin and Matthew.

This series deals with topics related to sexual assault. The Red & Black has compiled a list of national, state and local sexual assault helplines.

Crystal said she didn’t process her assaults from years ago until the movement on Twitter in June 2020. She said both instances involved sexual coercion, a fact that she did not understand and repressed until she confronted her reported experiences last summer.

“I didn’t feel like my story mattered or it wasn’t as severe as what anybody else went through or it didn’t really click that it was assault for me,” Crystal said. “It was coercion, so that’s not really seen as rape a lot of times.”

Sexual coercion is defined as “unwanted sexual activity that happens when you are pressured, tricked, threatened or forced in a nonphysical way,” according to the Office on Women’s Health in the U.S. Department of Health and Human Services.

11 reports of coercion among tweets

When it comes to sex, lines can become blurred where actions can move from consensual to nonconsensual, Erin said.

“It becomes very hard to decide, ‘Oh, was it my fault, or did I do something to make this happen to me?’ That was a lot of the cases I saw [on Twitter]. It takes a lot of time for people to realize what happened to them,” Erin said.

The conversation on Twitter looked at the multiple forms and nuances of sexual assault and misconduct, specifically the issue of defining and understanding consent. However, while many posts were met with support, there were some that were met with criticism and overall suspicion when it came to the anonymous account.

Wary of authorities, some turned to Twitter to report sexual assault

Linnea Ionno is the director of adult services at The Cottage, which is a sexual assault and children’s advocacy center in Athens. She said people often have a particular view of a perpetrator and don’t realize they can have families, friends or partners who could commit sexual assault.

“I think it always comes as a shock to folks when they learn that somebody has been a perpetrator and usually, their first reaction might be to deny it or not believe it,” Ionno said.

Veronica noted that some of the most outspoken critics of the movement were men, who challenged the definitions of both consent and sexual coercion. These comments from individuals in the UGA Twitter community revealed that former and current UGA students may not know what consent is.

“It was mostly men who were saying that [and] there’s a lot of guilt in that because I think you understand that the definition of rape, the definition of assault, is perhaps broader than you thought it was, and maybe you realized you’re a rapist, too,’” Veronica said.

At least 11 reports of sexual assault and misconduct posted by individuals in the UGA Twitter community or the anonymous account said their perpetrators used physical force, according to The Red & Black’s records of the tweets.

“We have seen cases over the years in which coercion or begging have played a role. Coercion is of particular importance because it can be an element of force that is required in Georgia’s rape statute," said Shannon Parker, a sergeant in the special victims unit which oversees cases of sexual assault for the Athens-Clarke County Police Department.

Kayla Trawick, a UGA class of 2021 alumna, said it isn’t enough for a sexual partner to simply say the word “yes.” She said there must be a point of “enthusiastic consent,” where both partners clearly state they want to engage in sexual activity.

According to a 2015 Centers for Disease Control and Prevention report, one in six women and one in 10 men experience sexual coercion in their life. However, as Crystal said, some survivors do not realize that these experiences are rape and assault as they, too, may not understand the broad scope of consent.

Being able to understand and define consent is part of a larger conversation surrounding sex education.

Giordana Diaz, an Athens therapist, said she’s worked with multiple counselors in the county and state on how to enhance the current sex education curriculum. Diaz said the main issue is the lack of detail and safe space for students.

“Instructors and the curriculum can’t be afraid to ask the deep and scary questions. They need to talk about alcohol, examples of coercion and how to treat your partner,” Diaz said. “We’re not teaching them enough.”

About 86% of UGA’s 2019 undergraduate class were Georgia residents, meaning they have likely been subject to the sex education courses in Georgia schools.

According to a December 2017 analysis from the CDC, Georgia law does not address education on contraception; parents have the authority to opt-out students from sex education curriculum; and abstinence is a required topic in sex education.

State law does not specify whether sex education must be medically accurate, taught by trained instructors or follow national standards and recommendations.

As incoming freshmen, UGA students are required to complete the Sexual Assault Prevention for Undergraduates training online, formerly known as Haven, which teaches students about rape and sexual assault. But that may not be enough.

“They make us do that little module when we first come into college about sexual assault and drinking,” Erin said. “That doesn’t do anything because people just skip through it and they just get it done just to get it done.”

While simple modules are efficient and easy, Diaz said universities should be responsible for providing year-round consistent education.

Erin said she’d like to see the university provide survivors with a platform in events, on campus and social media. It’s not enough for the university to quote from books or experts — survivors should be speaking about their experiences and the importance of consent, Erin said.

“Because even if you don’t want to be listening to [these] things, if these things are kind of forced into your face, there’s no way for you to avoid it completely, and it plants that little seed,” Erin said. “It might be able to deter someone from doing that [assault] in the future.”

Like Veronica, Erin said that sometimes people do not genuinely realize what is or is not consensual. If a student was never taught the range of consensual and non-consensual instances, then they wouldn’t be able to apply that to their own experiences with sex, she said.

Diaz said conversations around consent and explicit examples of what not to do remain taboo topics in many institutions and settings. This creates a dangerous situation for college students who are ignorant to consensual and non-consensual acts.

“Students need to learn and trust the university when it comes to sex education and sexual assault,” Diaz said.

However, both Crystal and Erin said they did not have faith in UGA to be able to change things for the better. They said the university has not shown enough effort or action to protect and give a platform to survivors about sexual assault.

Sexual assault cases can go unreported for a variety of reasons. From acknowledging their experience to being able to trust authorities such as police and hospitals, survivors make multiple decisions before taking a step to file a formal report.

Yoganathan is a UGA class of 2020 alumna and served as the Red and Black's Enterprise editor for a year after working on the desk as a reporter. She majored in journalism and philosophy and minored in Latin American and Caribbean Studies.

Nwogu has worked on the Culture desk and as an enterprise reporter. A UGA alumna, she graduated in May 2021 with a major in journalism, a minor in communication studies and a New Media certificate.

Liang has worked as a reporter, enterprise editor, managing editor and editor in chief. A UGA Honors student, she is a double major in Entertainment Media Studies (Grady) and International Affairs (SPIA), with a Chinese minor and New Media Certificate.

Donovan has worked as a reporter, news editor, managing editor and executive editor.

Gabriela Miranda worked as a reporter and campus news editor for The Red & Black from 2019-2021. Before graduating in May 2021, reported on race, protests, health and campus news.