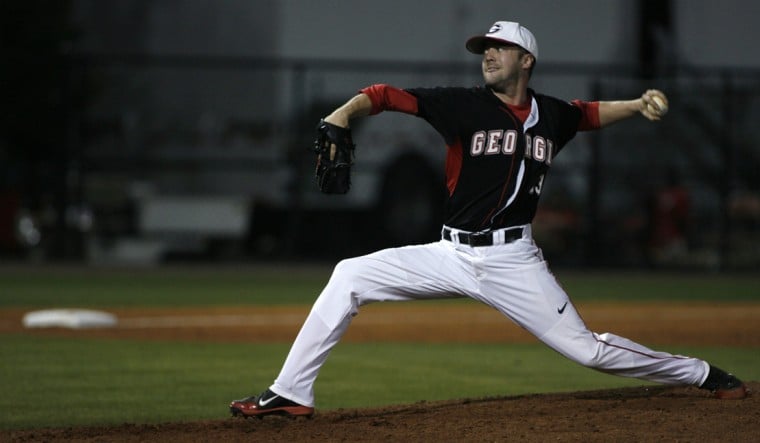 Alex Wood pitches the ball against Georgia Tech on March 20, 2012. The 29-year-old Wood was taken by the Atlanta Braves in the second round of the 2012 MLB draft. (Photo/ C. B. Schmelter, The Red & Black) 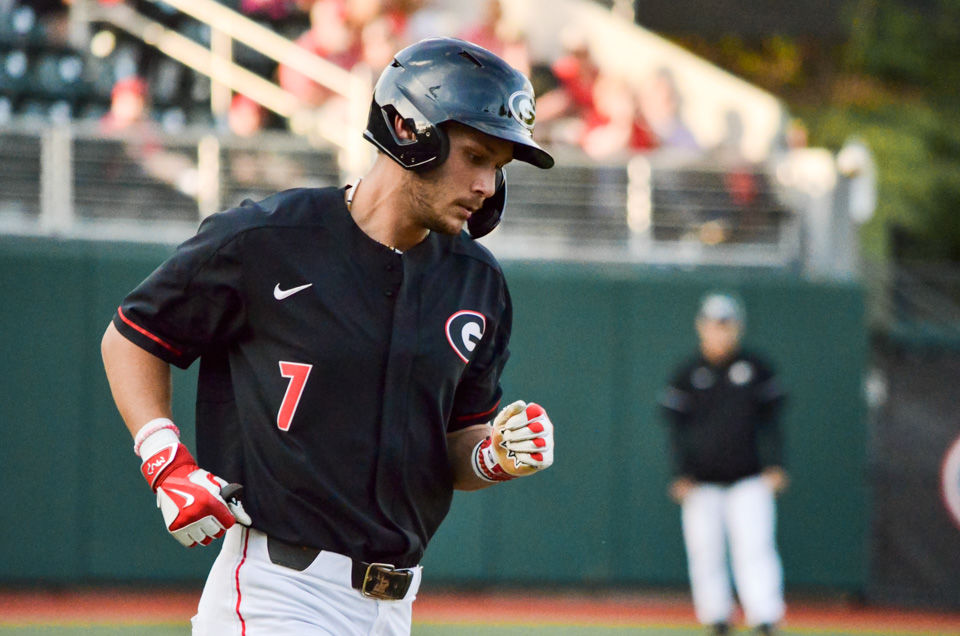 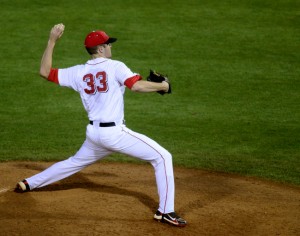 Georgia pitcher Alex Wood gave up no runs in four innings of work before his March 16 outing against Tennessee was stopped due to a lightning delay. When play resumed, the Diamond Dogs went on to capture a 4-0 victory over the Volunteers. EVAN STICHLER/Staff

Alex Wood pitches the ball against Georgia Tech on March 20, 2012. The 29-year-old Wood was taken by the Atlanta Braves in the second round of the 2012 MLB draft. (Photo/ C. B. Schmelter, The Red & Black)

2020 draftee Emerson Hancock and free agent signees Tucker Bradley and Cam Shepard will join MLB organizations next season. Draftee Cole Wilcox has until Aug. 1 to decide whether he will agree to a deal with the San Diego Padres or return to Georgia.

Currently, two former Bulldogs are signed to MLB clubs: 2012-graduate pitcher Alex Wood with the Los Angeles Dodgers and 2013-graduate catcher Kyle Farmer with the Cincinnati Reds. Former first round pick Gordon Beckham was released by the Chicago White Sox in March, but could join a roster in free agency.

Beckham was drafted eighth overall in 2008 after hitting .411 in his final season as Georgia's shortstop and leading the Bulldogs to a College World Series finals appearance.

The infielder competed in Chicago immediately, finished the 2009 season with a .270 batting average in 103 games and the fifth-most American League Rookie of the Year votes.

His rookie season was the best of his career to date. Beckham’s statistics were consistently mediocre for the following decade until his 2019 release. Over his career trough 2019, he added more than $12 million onto his $2.6 million rookie signing bonus in 2008.

Similar to Beckham’s road to the majors, Hancock is starting off with high expectations as a top draft pick. He’ll look to mirror Beckham’s strong jumping off point while adding long-term upside.

Wood offers a preferable model for both Hancock and Wilcox, who finished 2020 with 1.57 ERA. He was drafted by the Atlanta Braves in the second round of the 2012 draft following a 2.73 ERA junior season.

Like Beckham, Wood started right away against MLB competition. He posted a 26-30 record in 112 appearances in his first four seasons before exploding with a 16-3 mark in 2017, earning himself a trip to the All Star Game and the No. 9 spot in the National League Cy Young Award voting.

He made $9.6 million on the Cincinnati Reds in 2019, although he made a only seven starts due to injury. Since traded, Wood's one-year, $4 million contract with the Dodgers expires at the end of this season.

Another former Bulldog shortstop, Farmer was drafted in the eighth round of the 2013 draft by the Los Angeles Dodgers. He began on the Ogden, Utah, Raptors, where he posted a team-high .347 average and a team-high .987 fielding percentage in 41 games behind the plate.

In the Dodgers' farm systems, Farmer played in cities ranging from Tulsa, Oklahoma, to Rancho Cucamonga, California, to Louisville, Kentucky, before first breaking into the major leagues in 2017. Overall, he notched a .294 average in 505 minor league games.

Since 2017, Farmer has gone back and forth between the majors and minors. Farmer was traded, along with his former Georgia teammate Wood, to the Reds in 2019, where he made his longest continuous stretch in the MLB of 97 games and recorded a .230 batting average.

Farmer is currently signed to a one-year, $571,000 contract with Cincinnati.

Under normal circumstances, the 2020 draft would've lasted 40 rounds and given Shepard and Bradley a much better chance to be selected. Now signed to MLB organizations, they’ll face a considerable challenge in making it onto a big league diamond.

If Farmer is any indication, neither college nor minor league success guarantee success at the highest level. But the 29-year-old proved that the mountain is at least climbable.