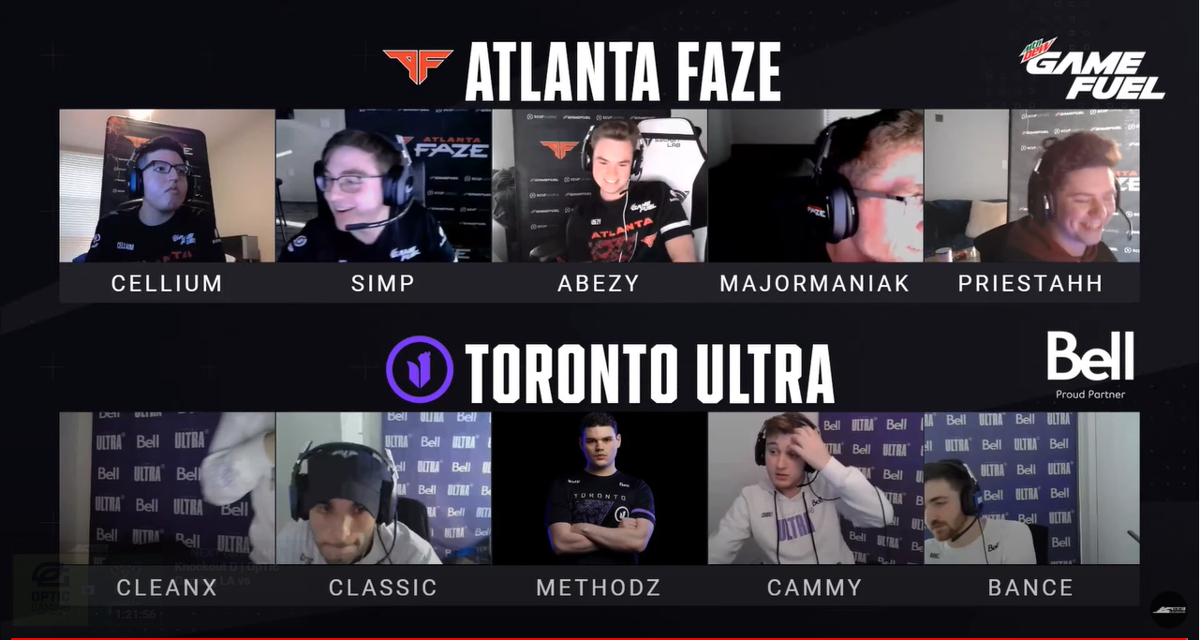 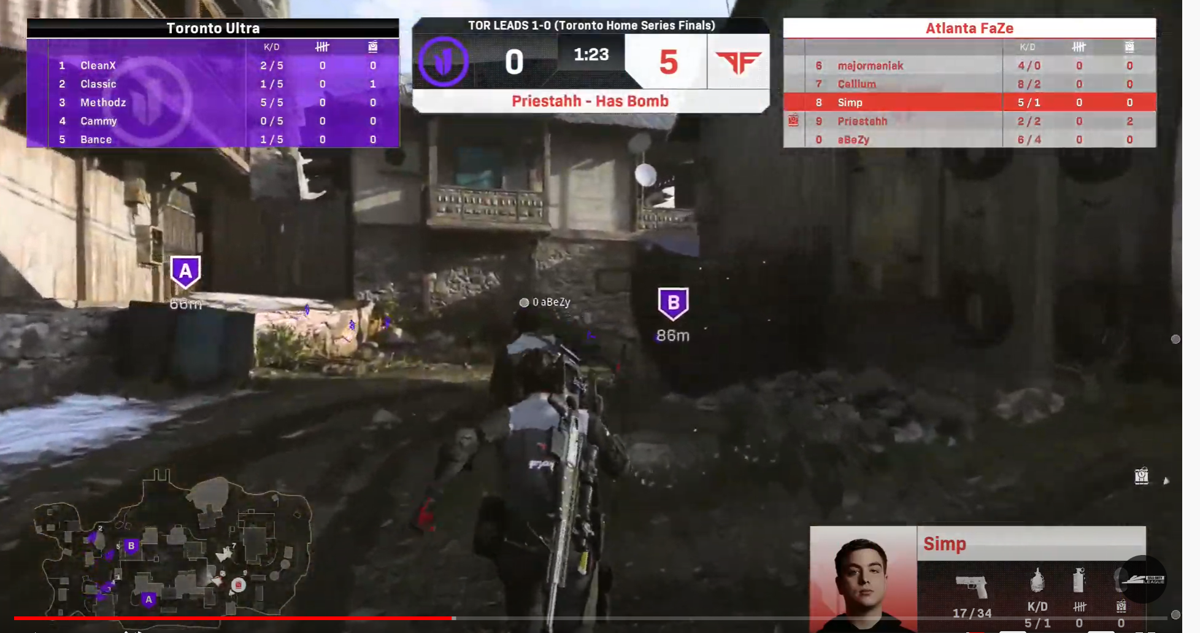 Although they placed second in the final tournament of the “Call of Duty” League’s inaugural season, Atlanta FaZe secured the No. 1 seed ahead of the $4,000,000 ‘Call of Duty’ Champs season finale.

“I think we’re the best team in the game,” FaZe competitor Chris “Simp” Lehr said. “We’re playing the best we’ve played in a while and I think we’re ahead of the pack [compared] to the other top four teams.”

FaZe came out of the gate strong on Friday afternoon, making quick work of No. 8 Minnesota Rokkr with a 3-0 sweep to secure the first of two series victories required to make it out of the group stage.

Despite close bouts throughout, the series between the two top-ranked teams in the CDL resulted in FaZe’s second 3-0 sweep of the weekend.

“We felt a lot more confident overall this weekend,” Lehr said. “A couple of changes the last couple of weeks set us back, but we got everything down before this weekend I think it showed.”

Game 1: Hardpoint — Each team fights to maintain control over a specific area of the map. Each second a player is inside the designated area, their respective team earns a point. The designated area changes every 60 seconds, and the first team to 250 points wins. Player lives are unlimited.

Game 2: Search & Destroy — Teams take turns attacking or defending a bomb site. To win a round, all players on the enemy team must be eliminated, the attacking team must successfully detonate a bomb site or the defending team must defuse a bomb set to detonate. The first team to win 6 rounds wins the game, players have one life per round.

Game 3: Domination — Three flags are positioned on the map. To earn points, players must stand on the flag for a few seconds until it is “captured” and then defend it from the enemy team. Every five seconds, teams earn one point per flag captured. Two rounds are played and the team with the highest score at the end of the second round wins.

In game one, Dallas enjoyed a near 30 point lead until the final hardpoints, when a surge from FaZe earned them the lead, and Atlanta closed out the match 250-219. With the teams tied at 5-5, game two went to a sudden death, which FaZe took to go up 2-0 in the series.

The last two minutes of game three were neck and neck. The 25-point halftime lead FaZe earned was evaporated by Empire, who managed to tie the game in the last 30 seconds of round two at 150 apiece. But FaZe managed to edge out Dallas 160-155, securing their spot in the CDL Sunday semifinals.

In their first Sunday matchup, FaZe was met by No. 9 OpTic Gaming Los Angeles who had upset No. 4 Chicago Huntsmen Saturday night. FaZe kept their momentum from the last two days to take their third sweep of the weekend.

“I knew we were good enough to 3-0 anybody this weekend,” Lehr said. “I wasn’t necessarily expecting [to sweep each series until the finals], but I knew we could do it.”

Toronto Ultra’s finals appearance was their first of the season following a 3-1 upset over Empire in the other semifinal. The Canadian team matched FaZe’s strength from the beginning, dishing Atlanta its first loss of the weekend with a 3-point victory in game one, 250-247.

“They didn’t really do anything special, I honestly think we threw it away,” Lehr said. “We definitely should have won the first hardpoint, and I think us throwing it away gave them the chance to win.”

Atlanta answered back with a statement 6-0 win in game two but fell again in game three, 165-157. The back-and-forth series went on, with FaZe taking game four in decisive fashion, 250-143.

“Most of the finals we’ve played in this year, we’ve thrown away, and we’re starting to get annoyed at how we’re losing,” Lehr said. “We’re going to do everything we can to make sure we’re the best team we can be for champs.”

Now, Lehr and FaZe await the start of the CDL postseason, set to begin August 20 on the league’s Youtube channel. The twelve CDL teams will fight for their share of the $4,000,000 purse, with the first-place team pocketing $1,500,000.

Wow, great play by play. I want to see more of this type of content. Great archetypal flow by Assistant Editor Godoy!